ABC announced today an all-star lineup of unscripted programming, premiering Tuesday, May 3rd. Season four of Holey Moley kicks off the evening, followed by the heart-racing quiz show The Chase and a brand-new series, Who Do You Believe. 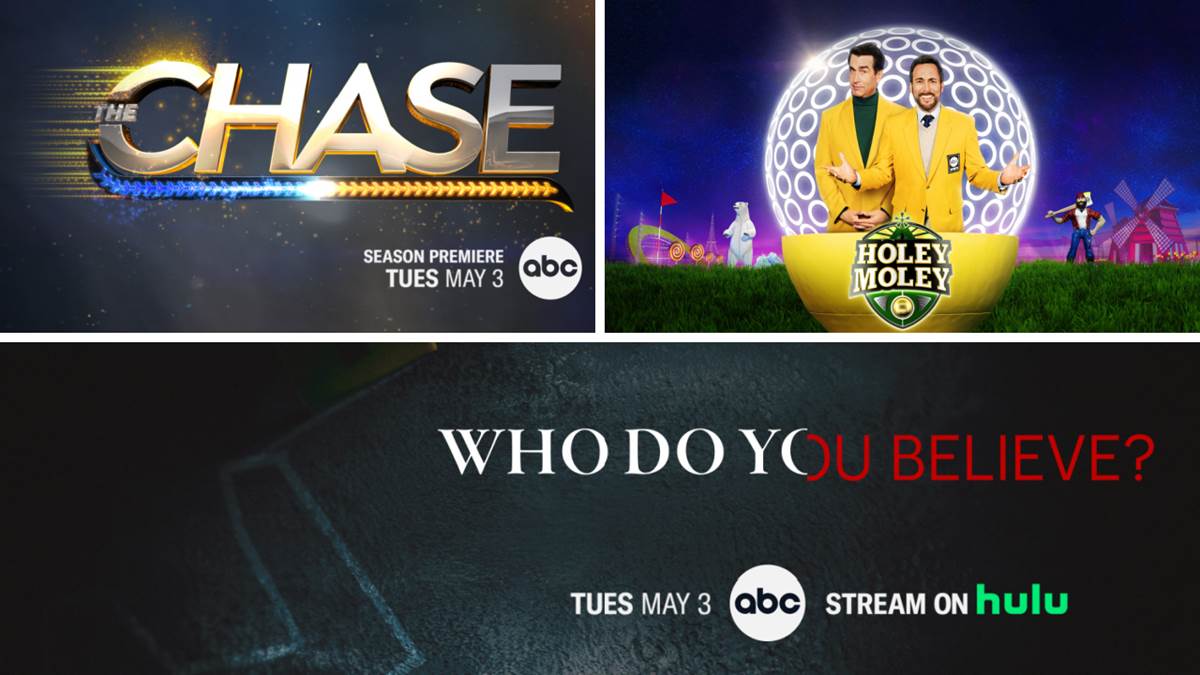