Across Disney Parks, Disney is thrilled to share uplifting stories of women all around the world. Today, they featured Chef Gloria Tae, who is proud to have recently been named the first female chef de cuisine of the famed Club 33, the most exclusive restaurant at Disneyland Resort. 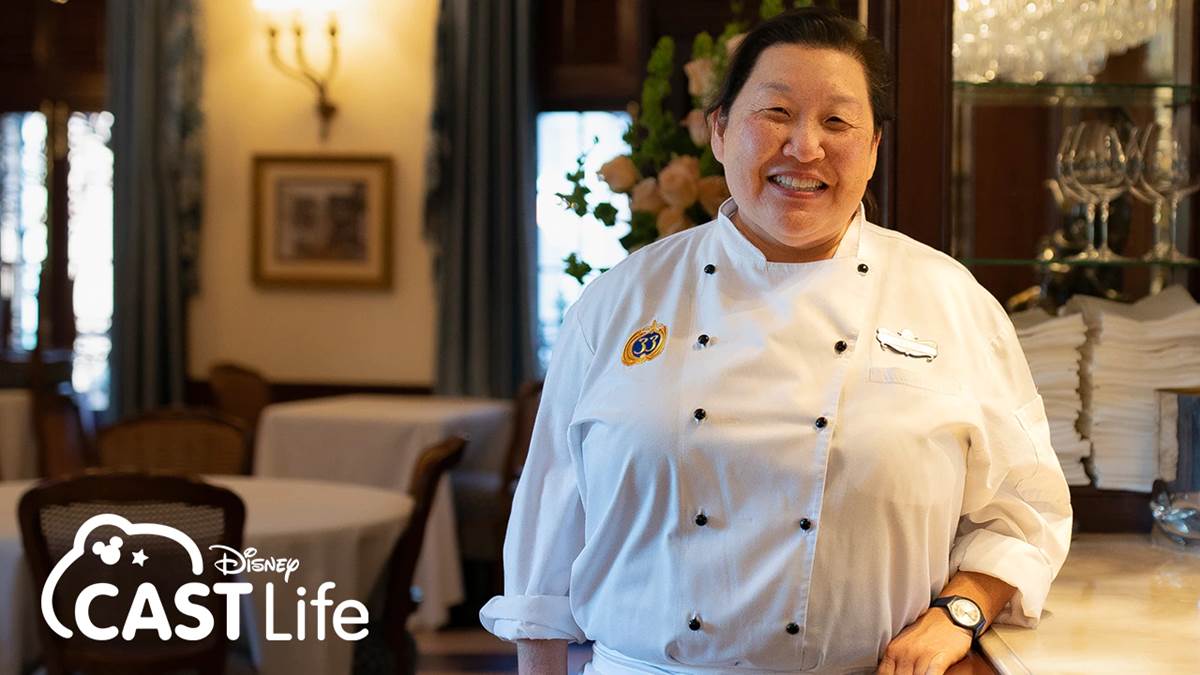 “When I first came to Disney, I thought of it as a theme park; I had no idea there was a culinary mecca. And when I went to Napa Rose, it was like stepping into a different world,” Gloria said of the high standards, refined techniques and attention to detail in the crafting of seasonal wine country cuisine overseen by Chef Andrew, who continues to be her mentor.

“Back then, culinary wasn’t as popular a career as it is now — this was before the Food Network. But I knew that I really liked the energy and atmosphere of the kitchen,” Gloria shared. “Fellow cooks were from all walks of life with so many personalities; it was exhilarating.” Gloria then went to work at fine dining restaurants in Southern California, forgoing formal culinary school for hands-on education from “incredible chefs who generously shared their knowledge and techniques with me.”

“I guess we were trying to hire for more culinary roles, and a photo of me was used in the campaign. When my niece said she saw a big photo of me at a bus stop shelter, well, I guess that’s weird, but still kind of awesome.”