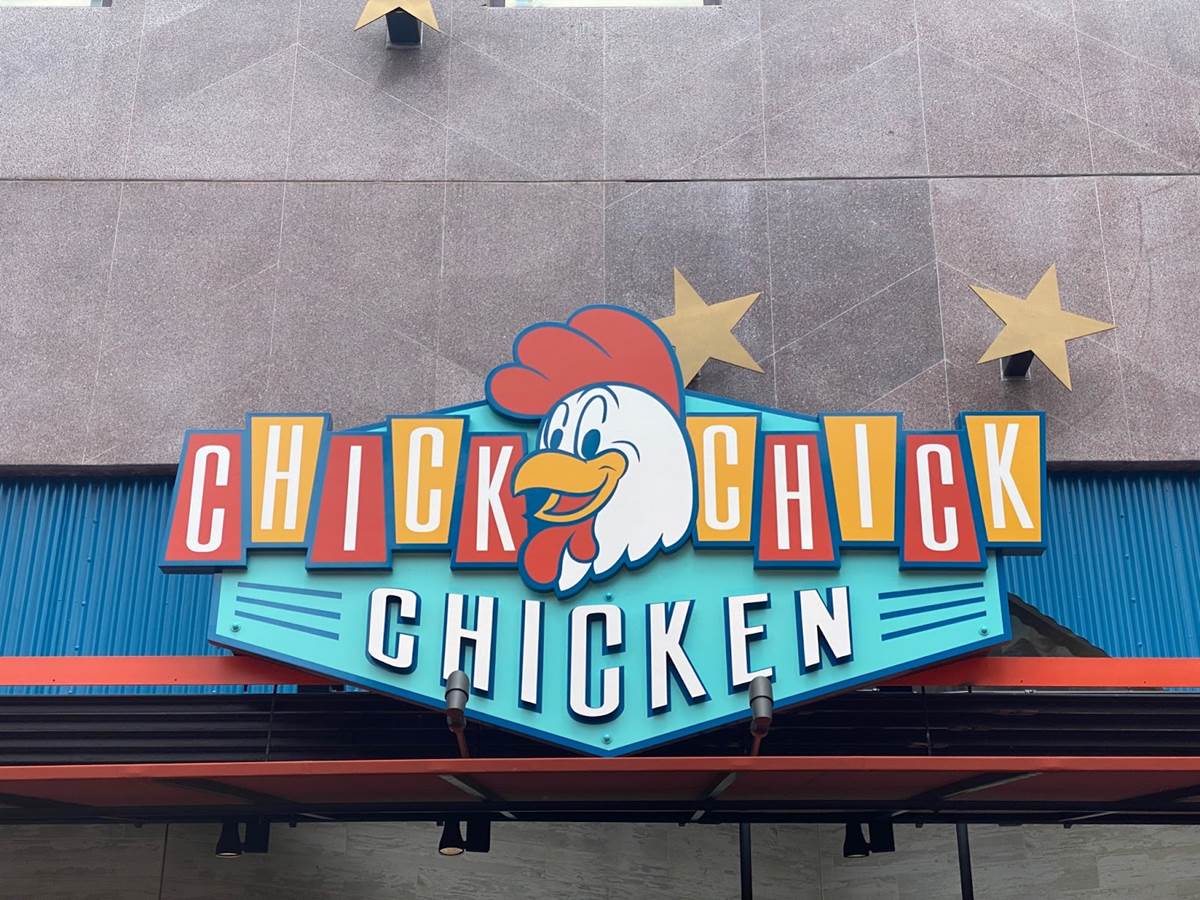 Chick Chick Chicken is a casual dining experience with a variety of hand breaded chicken dishes. The restaurant combines a colorful presentation with a nostalgic feeling that highlights exciting, yet familiar flavors. From traditional to the hottest Nashville hot, Chick Chick Chicken serves up a unique sandwich experience. 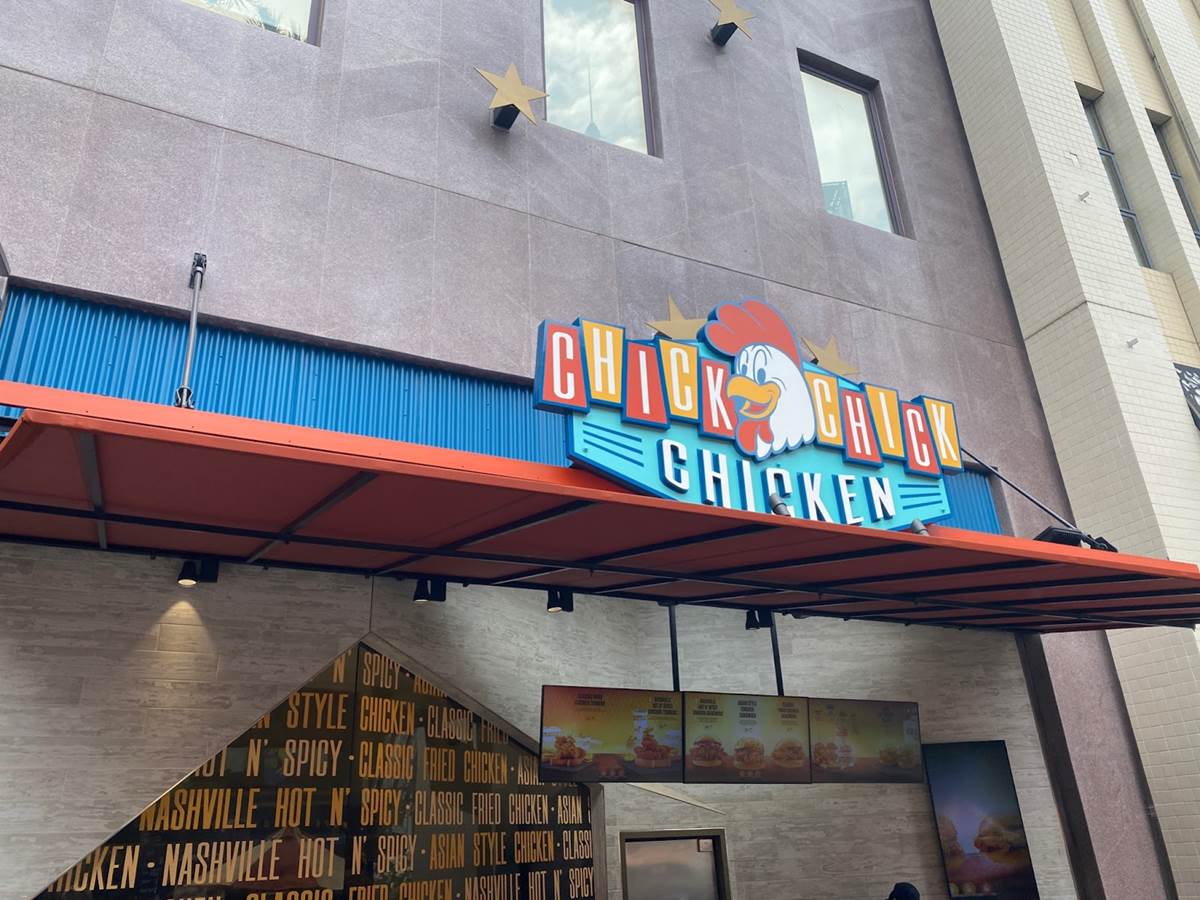 Guests are given a pager with the eatery’s cute logo when they order. 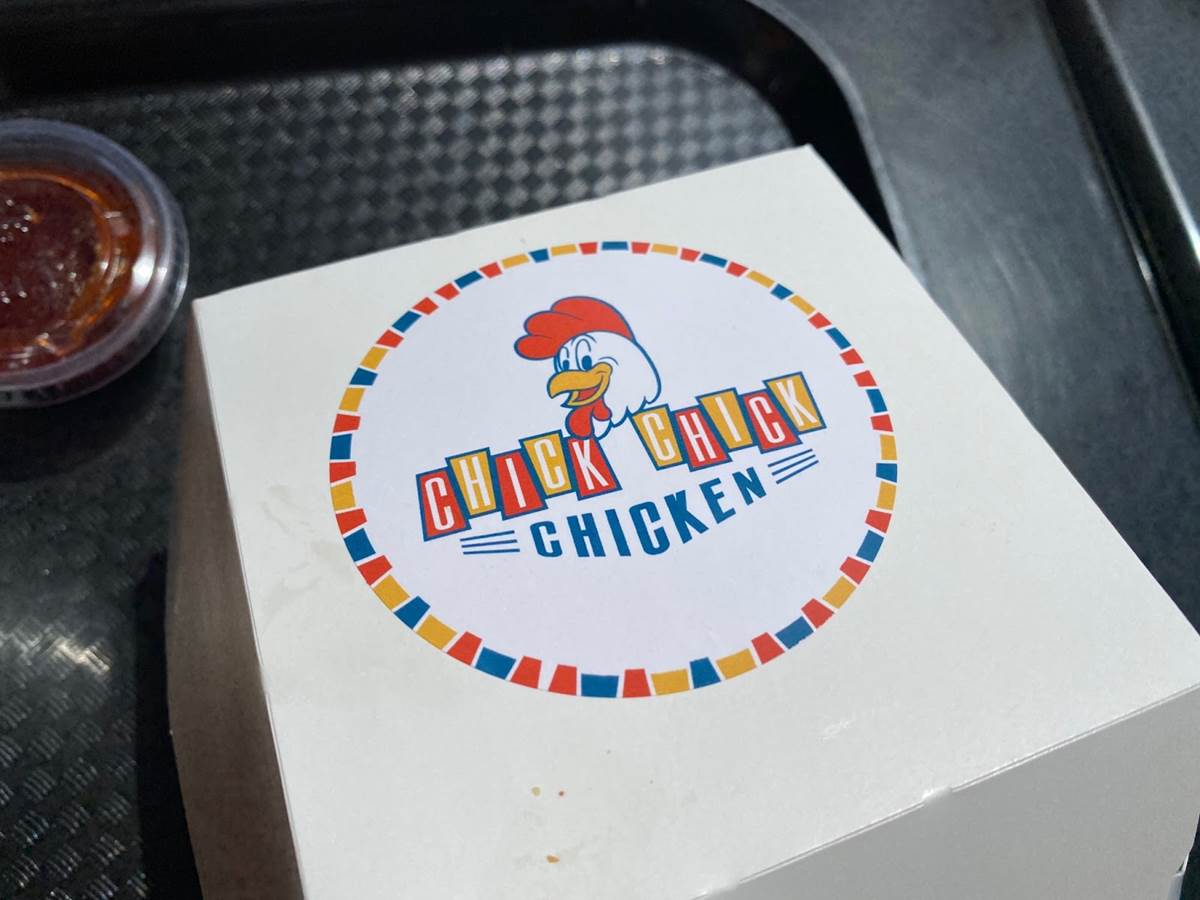 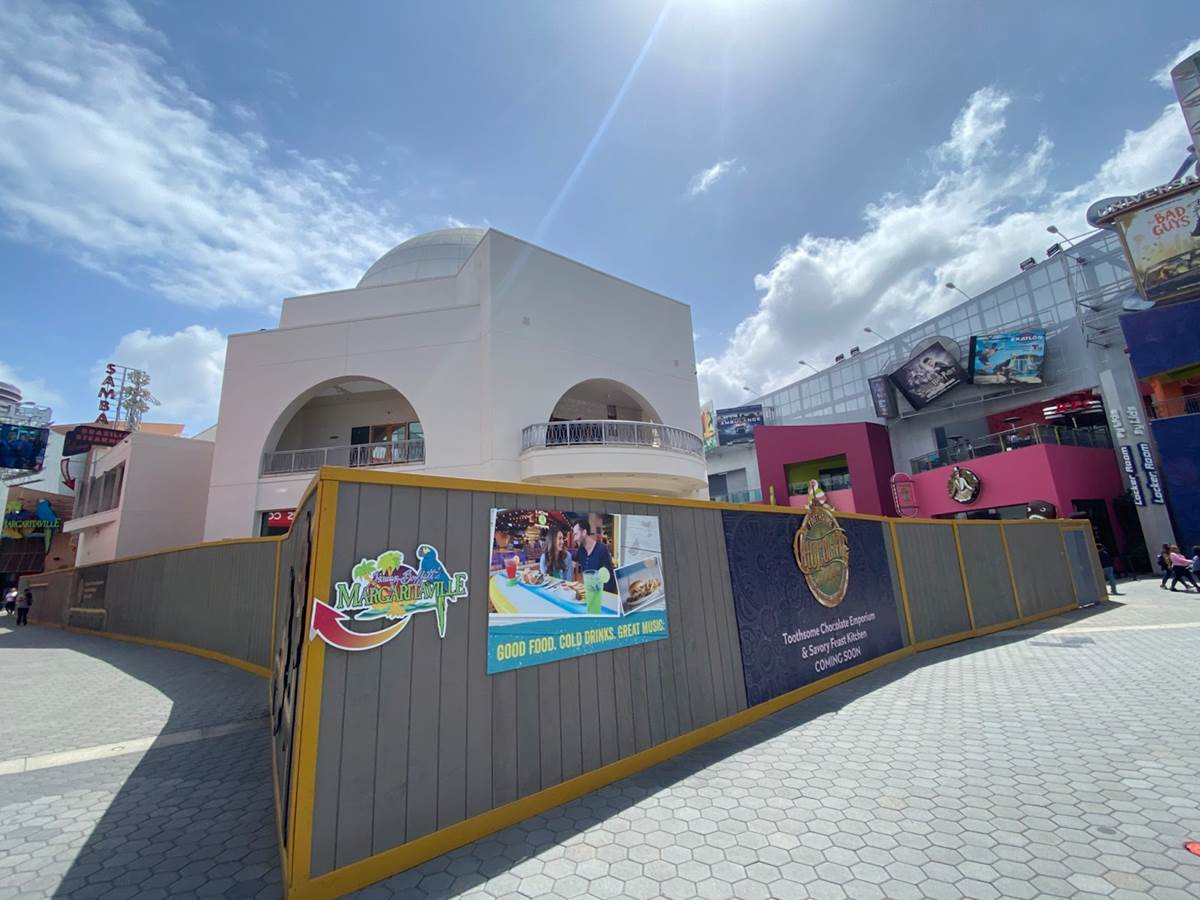 While we’re at CityWalk, let’s check out the progress on the upcoming West Coast version of the Toothsome Chocolate Emporium. Taking over for the former Hard Rock Cafe, the new West Coast version of the popular Universal Orlando restaurant is coming soon! 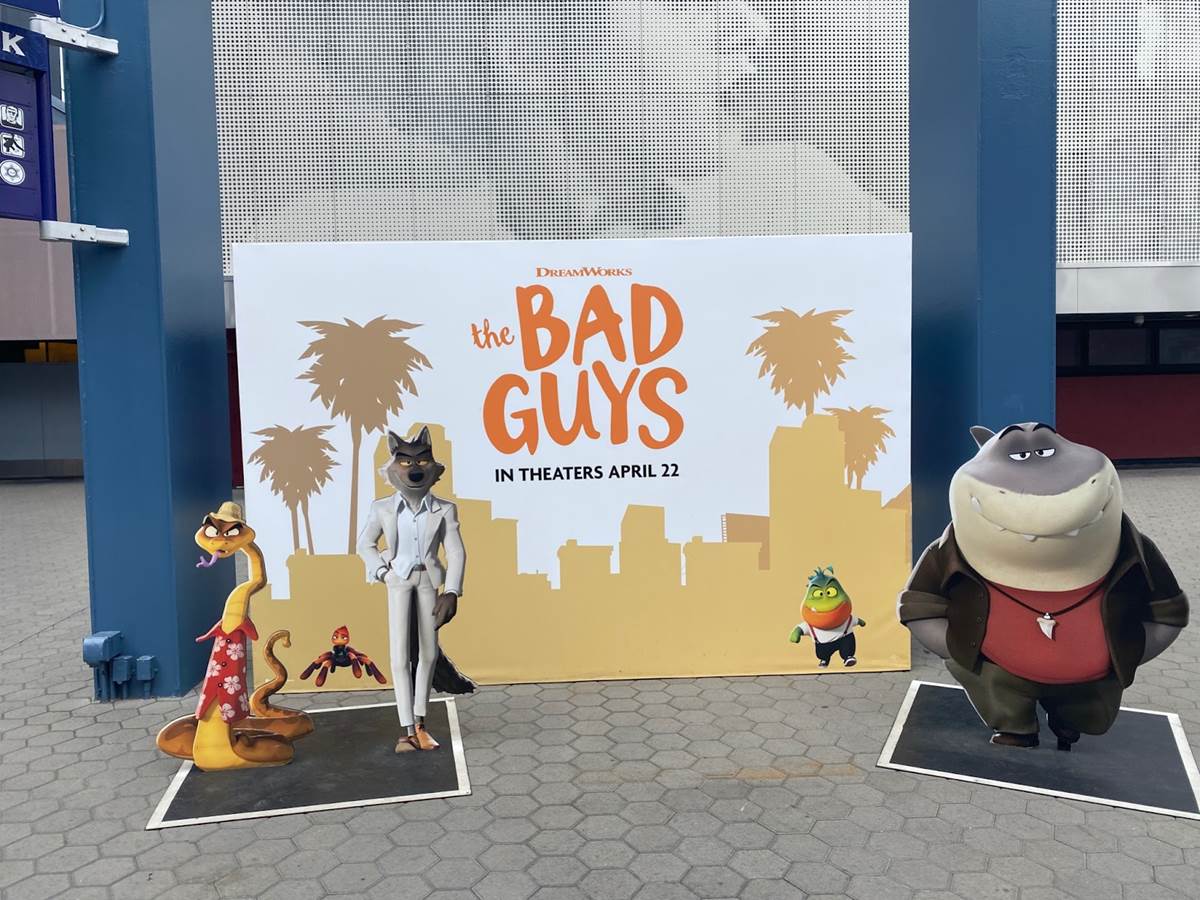 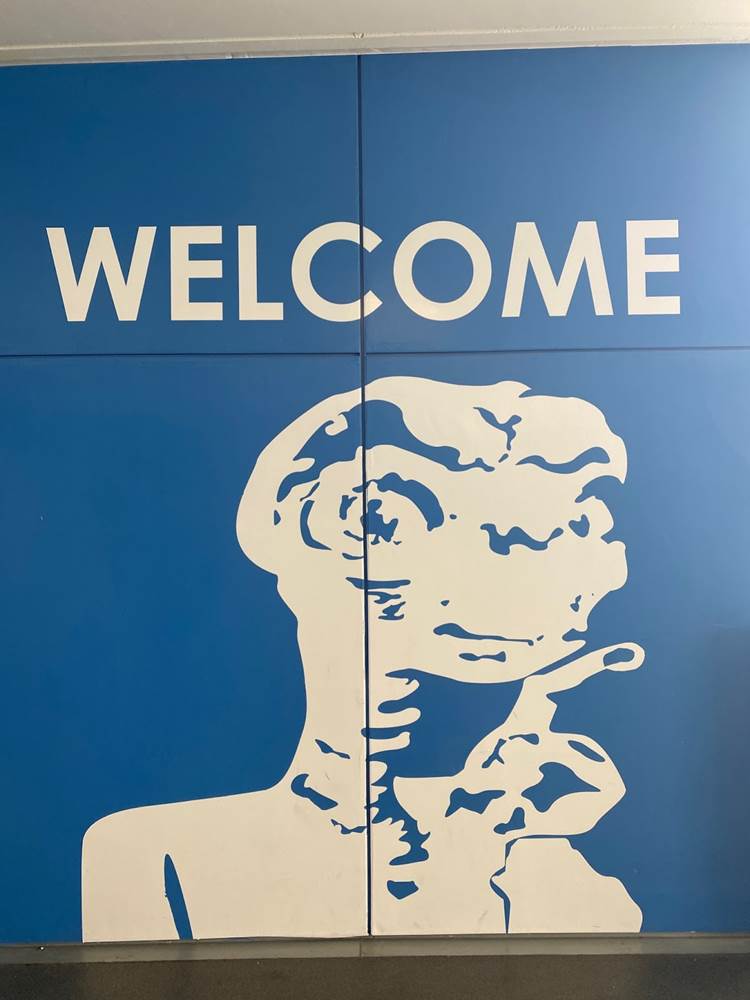