New products from various Lucasfilm properties are set to make their debut at Disneyland and the Downtown Disney District. First and foremost, guests will be able to get their hands on a new shirt featuring the new Disney+ series Obi-Wan Kenobi. The shirt comes with great timing as the first episodes of the series are set to make their debut tomorrow, Friday, May 27th on Disney+. Also in the Star Wars realm, a new toy droid, R7-TNO, will soon be available. Currently available now though are two new pins celebrating the two newest Disney+ Original Series out of the Star Wars universe, Andor and Obi-Wan Kenobi.

With the idea that they are all Lucasfilm products, that means of course we’ll see some entries out of the Indiana Jones universe. You can’t talk about anything Indy without his trademark leather jacket and hat. Those are available alongside a T-shirt featuring iconography from the five films. To top off that outfit, try a baseball cap featuring the logo of the films. And finally, what is sure to be the breakout hit in terms of merchandise from these options are collectible decoratives of the treasures from all the films. Though, we must admit the Crystal Skull from Indiana Jones and the Kingdom of the Crystal Skull might be the one that sells the least. 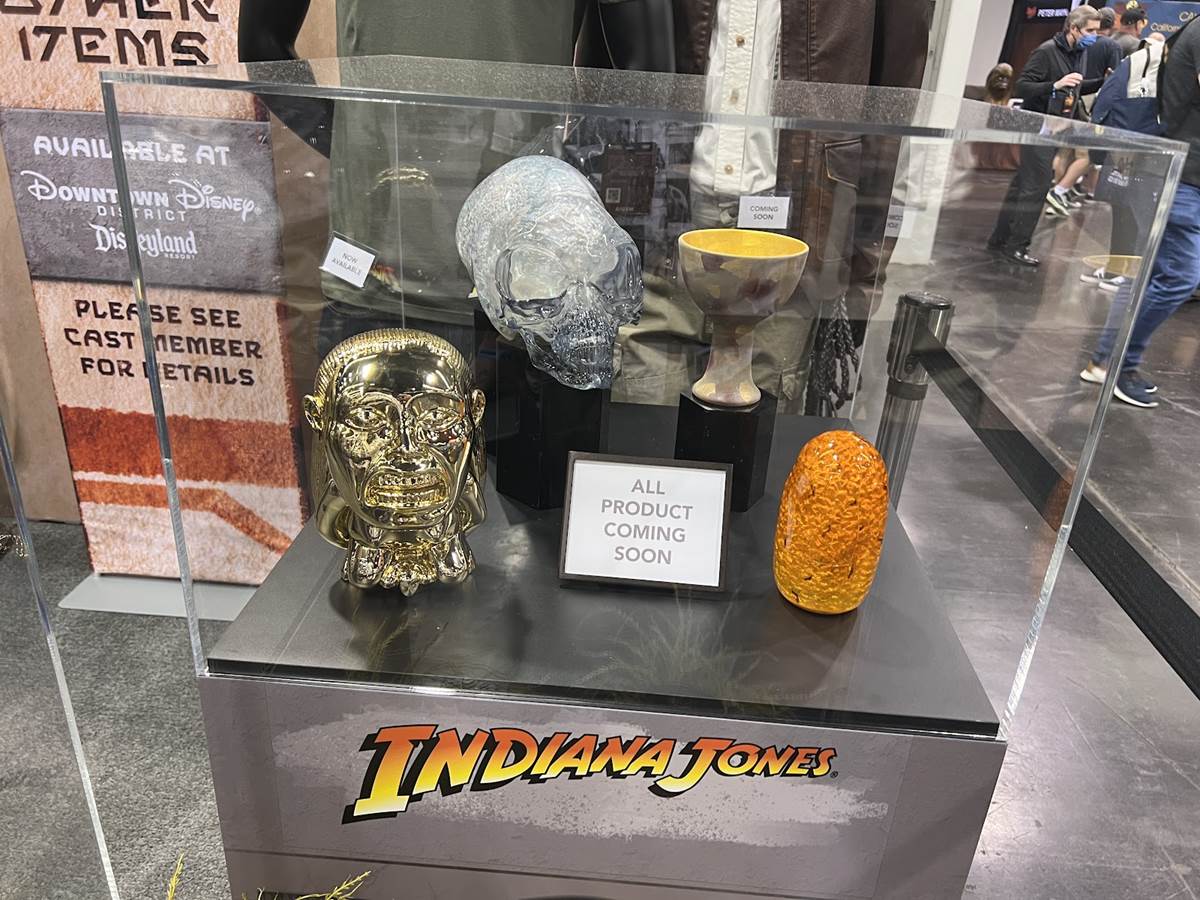 Some of these items are currently available while others are set to debut in the Downtown Disney District at the Disneyland Resort.