A new poster and key art for the new Disney+ Original Series of shorts from Marvel Studios has been released, promising I Am Groot’s arrival to the streamer on August 10th. 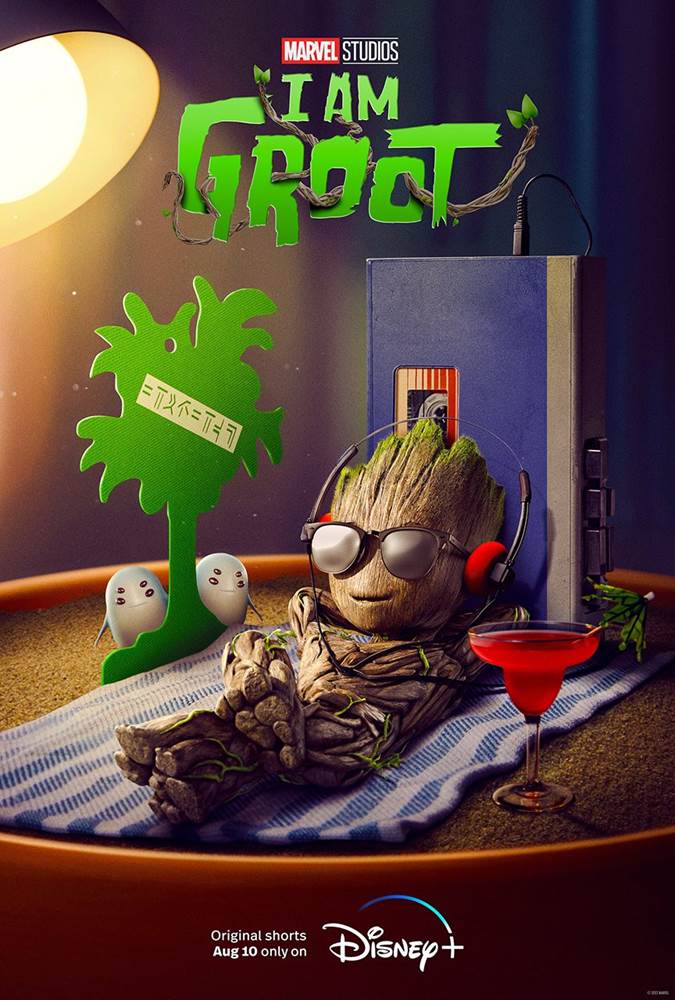