Next month fans from every corner of the universe will descend on Southern California for the return of San Diego Comic-Con or SDCC as the cool people say. As always, Funko will be there with an immersive three booth experience Funkoville and they’ve already started showcasing their latest collectibles. It’s been a while since we’ve seen Bambi in Funko form. Here the Prince of the Forest is mesmerized by a winged little visitor who has landed on his tail!

Where to Shop: Hot Topic

For fans of the galaxy far, far away Funko is bringing three new designs inspired by The Book of Boba Fett, the upcoming series Andor and Obi-Wan Kenobi. This flocked Black Krrsantan is sure to be a hit with collectors. He’s decked out in golden armor and has his battle expression on. Krrsantan is ready to attack should the moment call for it.

Where to Shop: GameStop Cassian Andor was a hero for the Rebellion and gave his life for the cause in Rogue One, but now audiences have the chance to get to know the character before his ultimate mission.

Where to Shop: Target 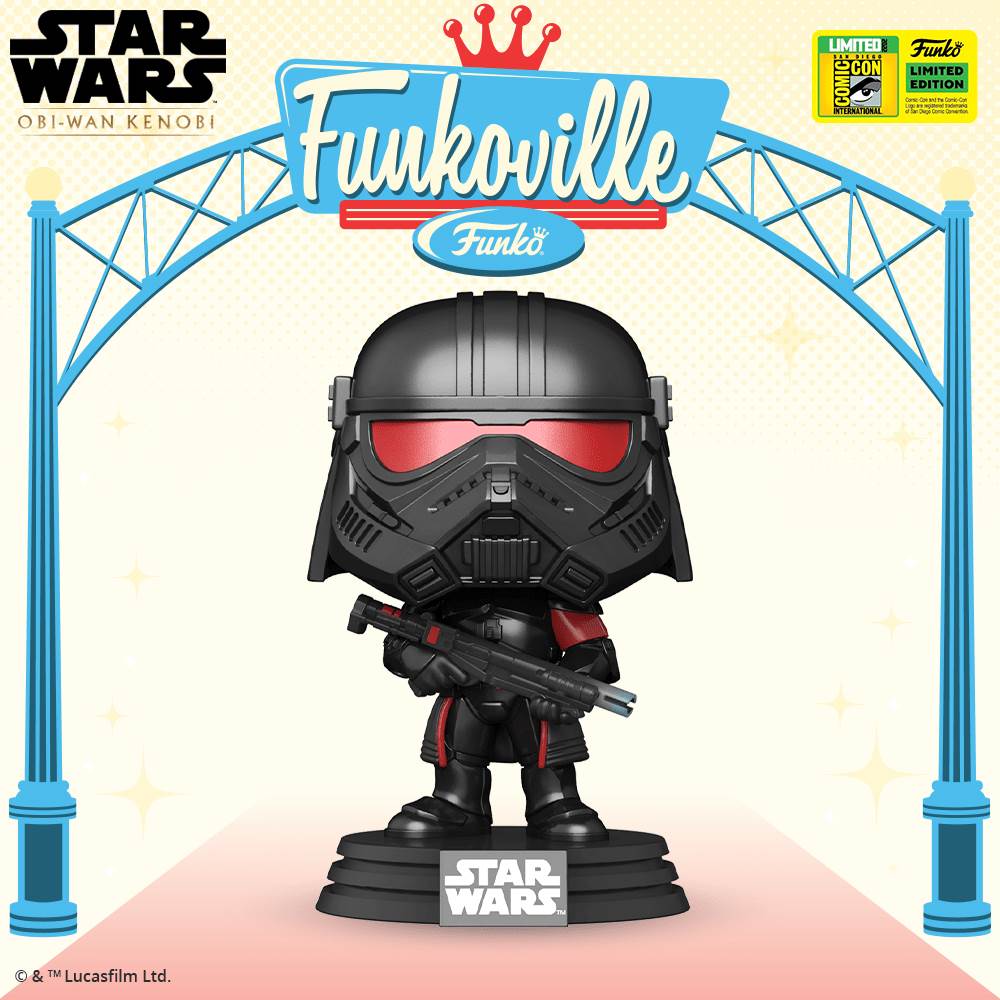 The deadly Purge Trooper (Phase II Armor) will see to it that foes meet an untimely end. This Pop! captures all of the menacing details of the sleek black armored Imperials down to the red eyes and monstrous blaster.

Where to Shop: Walmart

Whether you’re a fan of comics, video games or the Cinematic Universe, the world of Marvel heroes and villains is huge and has something for everyone. This year Funko is focusing on Loki, Spider-Man, Doctor Strange in the Multiverse of Madness, Moon Knight and even Guardians of the Galaxy: Vol. 2. 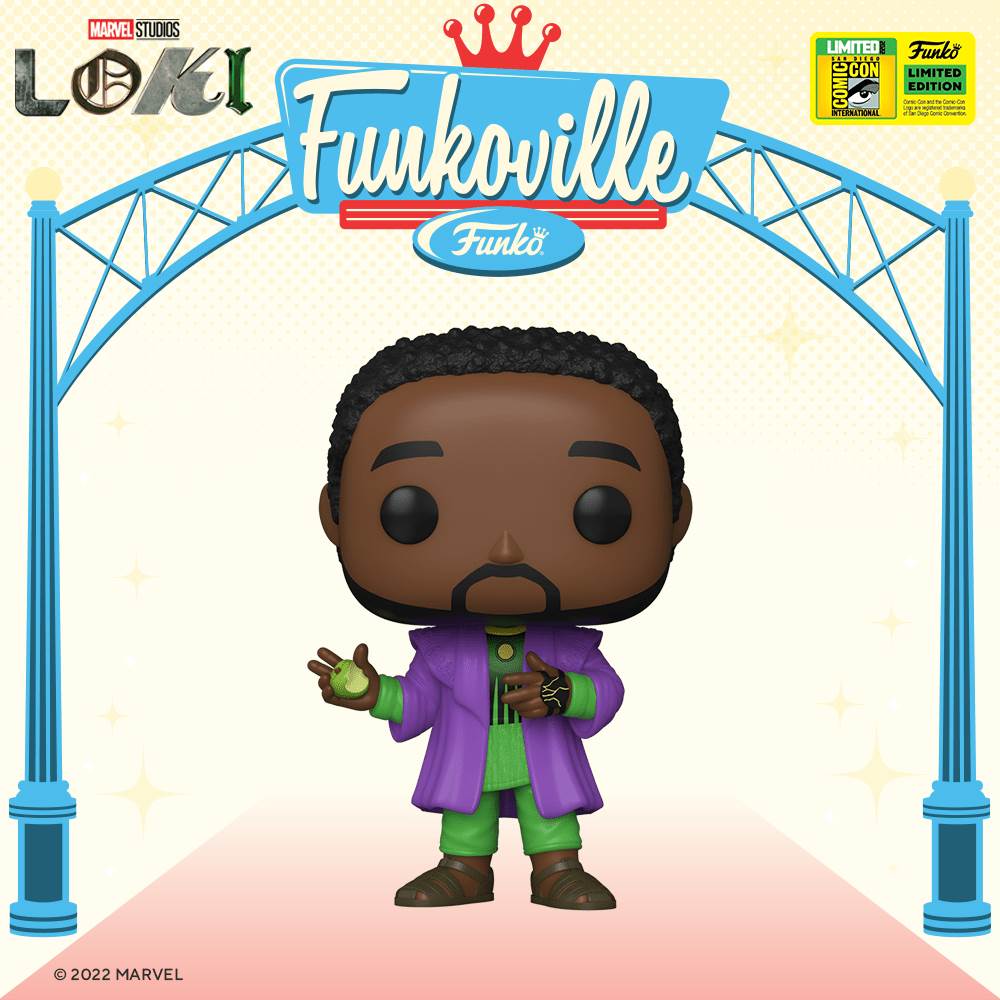 He Who Remains is quite the mysterious character and we know he’ll be popping up in future MCU projects. Get a jump start on your collection with this Pop! That features the immortal (?) being dressed in purple and green robes enjoying a green apple.

Where to Shop: Target She’s the cutest little evil clock you ever did see! Funko is bringing that jump scare moment (you know the one) to life by giving Miss Minutes the Jumbo treatment. As if that wasn’t enough, this limited edition Pop! also glows in the dark so your nightmares can live on even when the lights are out!

Where to Shop: Funko Web 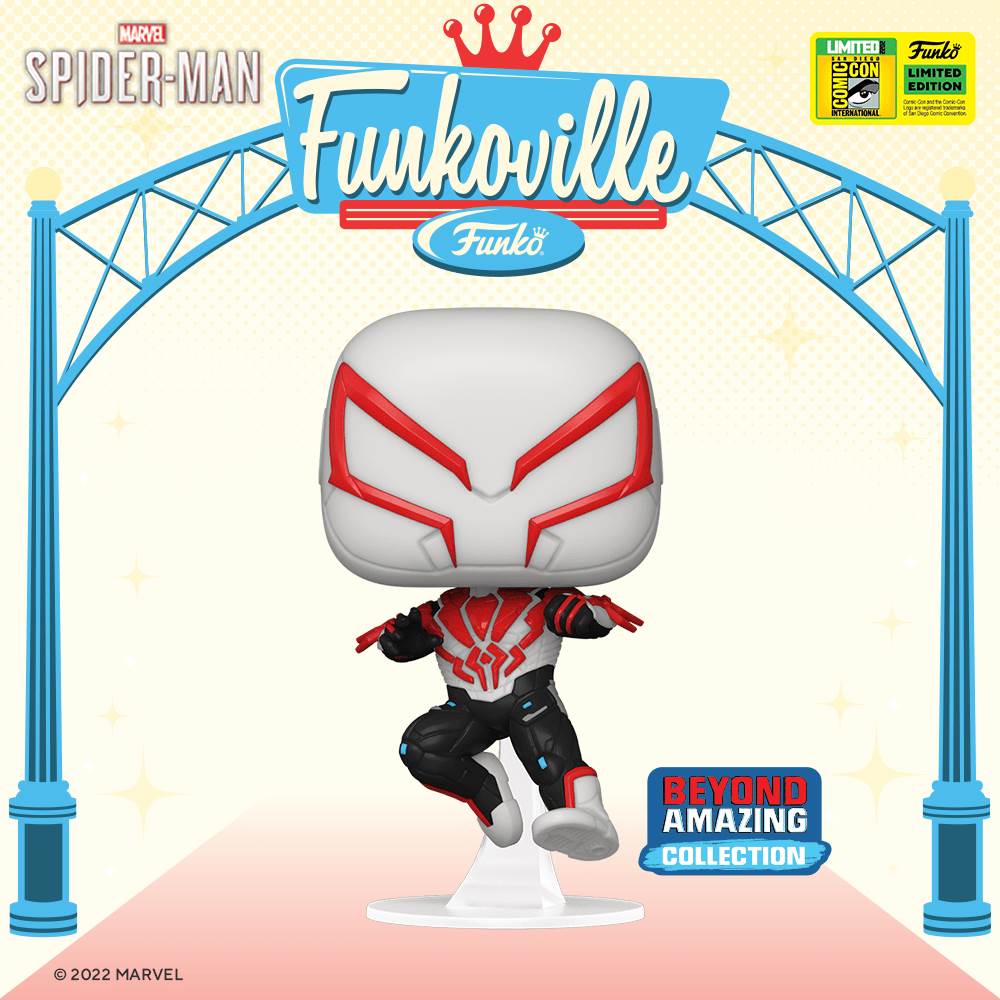 Spider-Man fans will love the look of the web slinger who’s donned a white and red mask for the Beyond Amazing Collection. He comes on a clear base so you can display him in action!

Where to Shop: Amazon 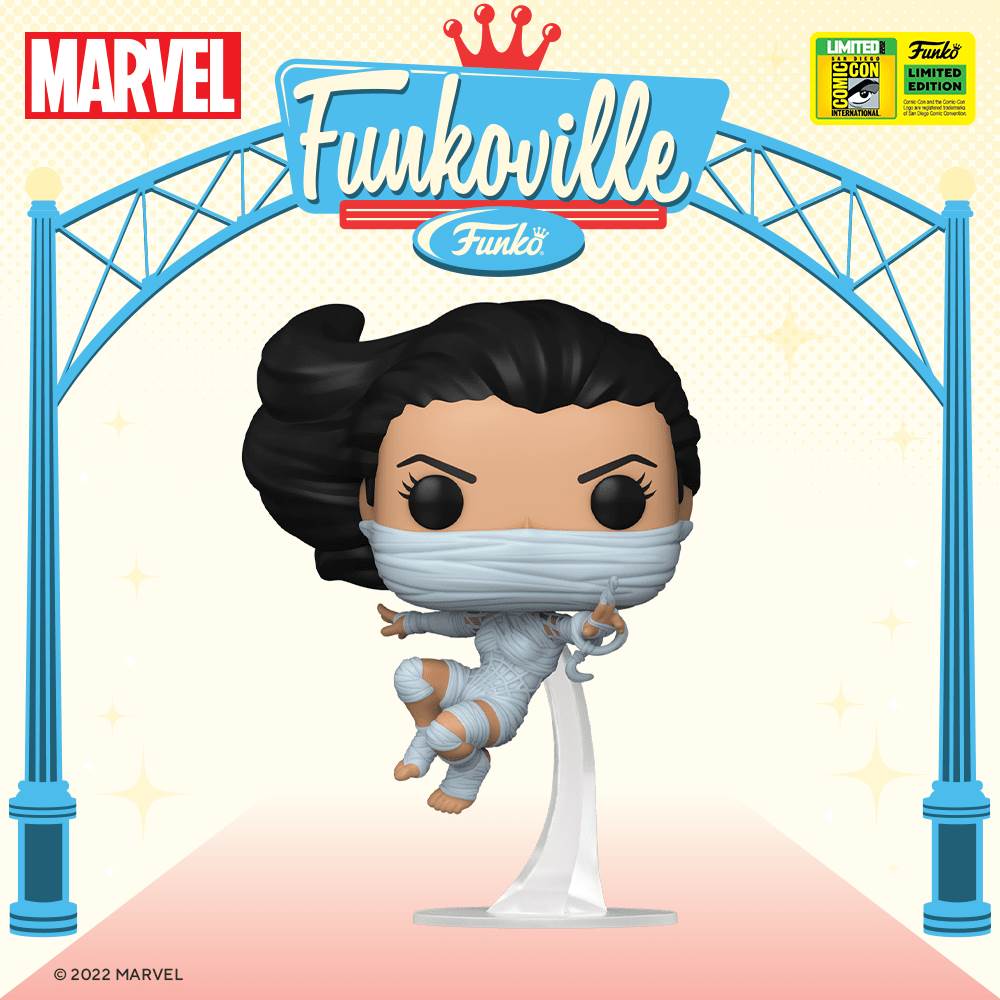 Silk is also joining the lineup in this awesome Web Suit look. Just like fellow hero Spidey, Silk comes on a clear base to give the sense that she’s flying through the air!

Where to Shop: Hot Topic America Chavez has the power to open portals to the multiverse and what’s even better is they’re shaped like stars! This Pop! showcases the teen hero in her denim jacket and hi-tops standing in front of a star portal. Talk about cool!

Where to Shop: Walmart 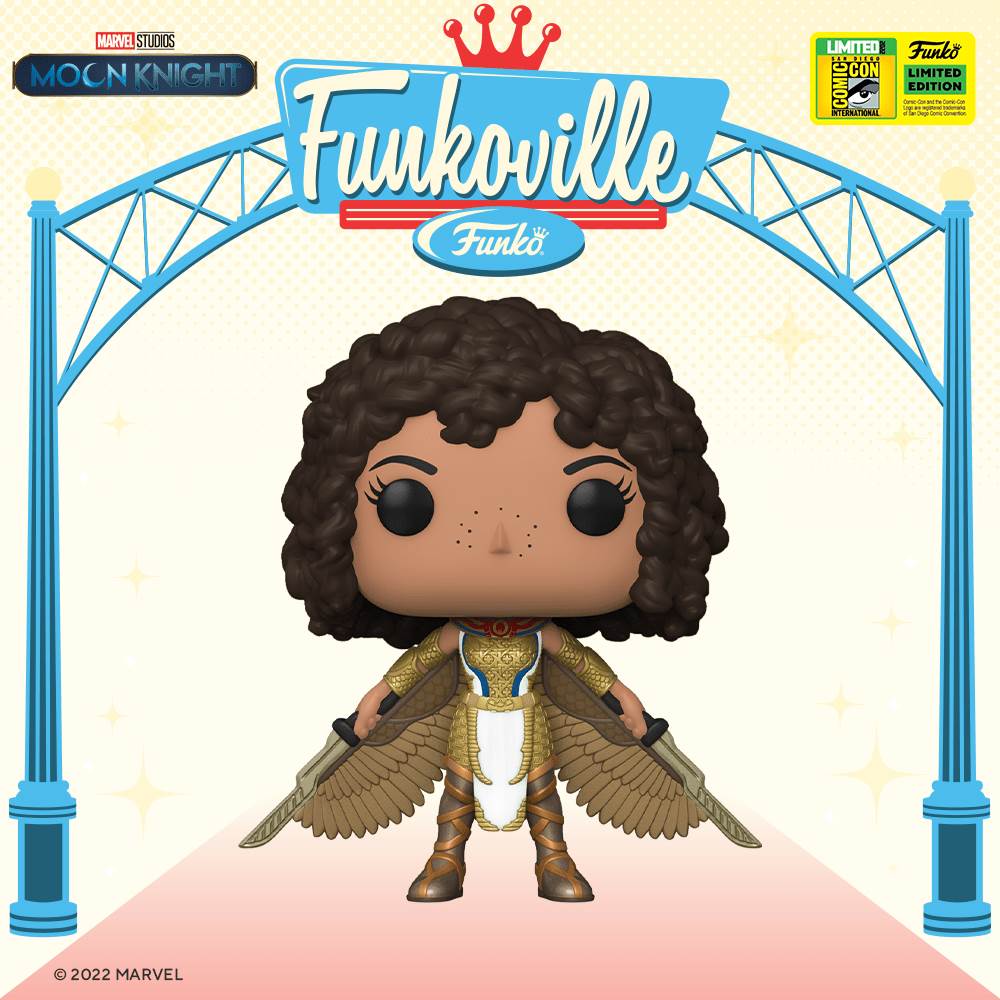 We didn’t get to spend much time with Layla’s Scarlet Scarab, but we still found her to be awesome. Working as an avatar for Taweret, Layla gets an incredible suit with indestructible wing shields and as you can see here, she looks badass.

Where to Shop: Entertainment Earth We’re always up for a good throwback and this Funko Soda gives us Star-Lord from Guardians of the Galaxy Vol. 2. The standard version has Star-Lord masked up with weapons drawn, while the rare chase variant showcases Peter Quill jamming to classic rock on his walkman.

Where to Shop: Funko Web