Disneyland Paris and Ecovidrio unveiled a glass replica of Sleeping Beauty Castle made from recycled glass to highlight the success of their partnership as they embark on their third year of promoting recycling together in Spain. 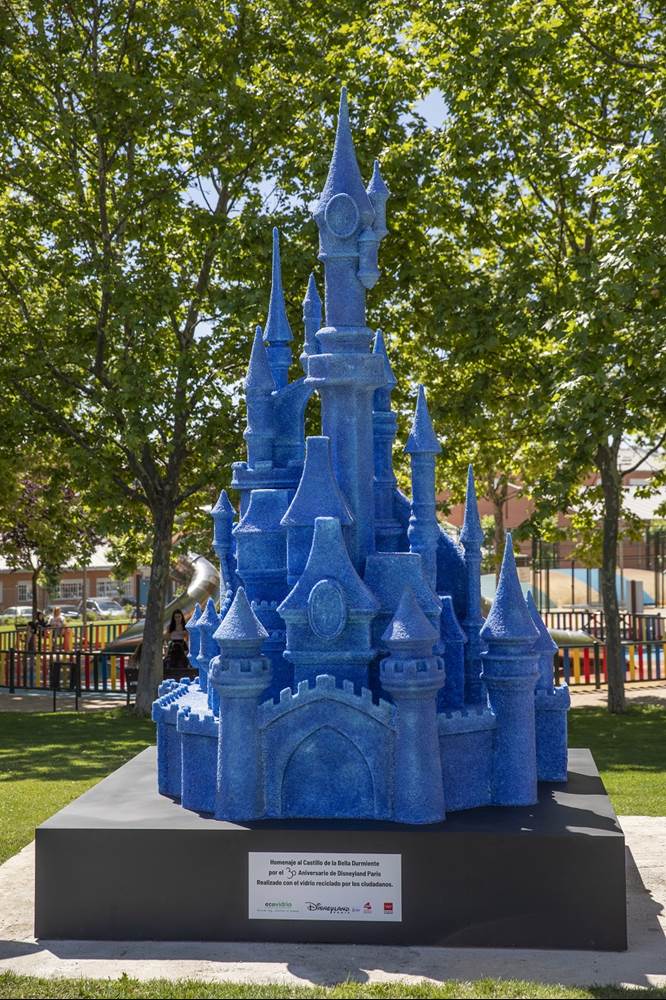