The long-awaited return of the full Festival of the Lion King at Disney’s Animal Kingdom Theme Park has arrived and the highly-anticipated reintroduction of fan favorite performances is back for guests to enjoy. After being closed since the global COVID-19 pandemic, guests have only been able to enjoy a recently reopened “A Celebration of the Festival of the Lion King,” an abridged version of the show missing some key moments. However, the full show has returned. Once again called Festival of the Lion King, the show is back in full, complete with the missing segments – The popular Tumble Monkeys and flying bird dancers during the performance of “Can You Feel The Love Tonight.” 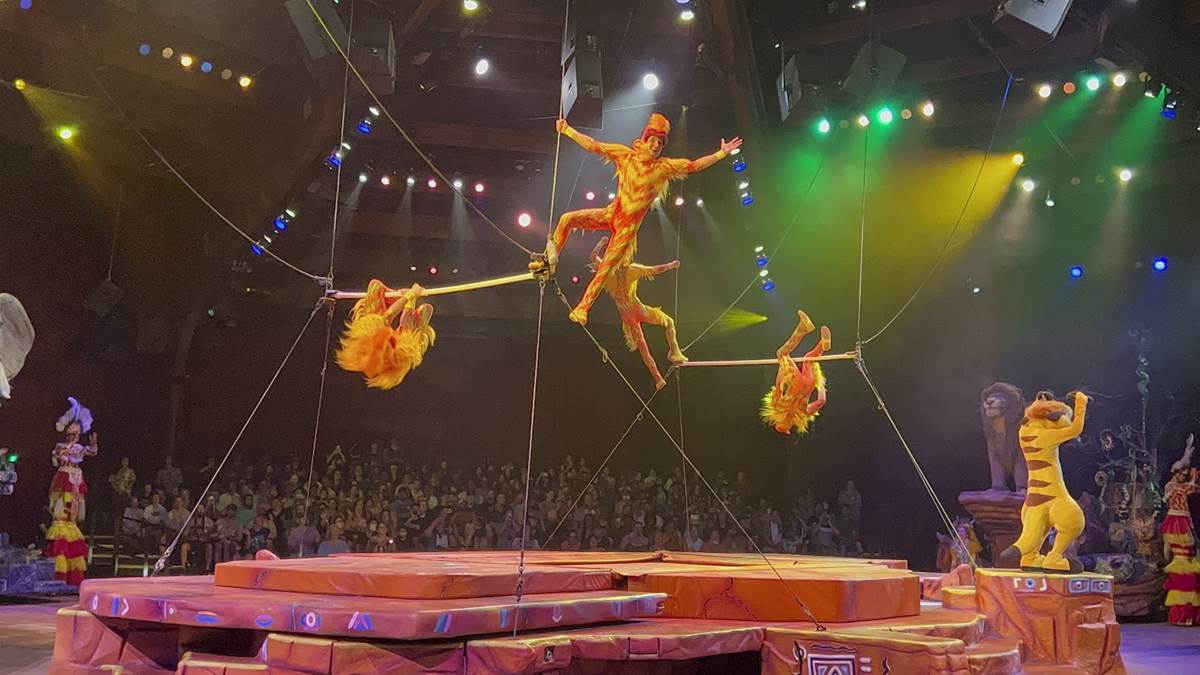 The fan-favorite Tumble Monkey are a troupe of performing gymnasts who take the stage during the show’s rendition of “Hakuna Matata” and have wowed guests since the show’s original debut back in 1998. Some of these performers have even gone on to compete in the Olympics, and even returned back to the stage after their games. 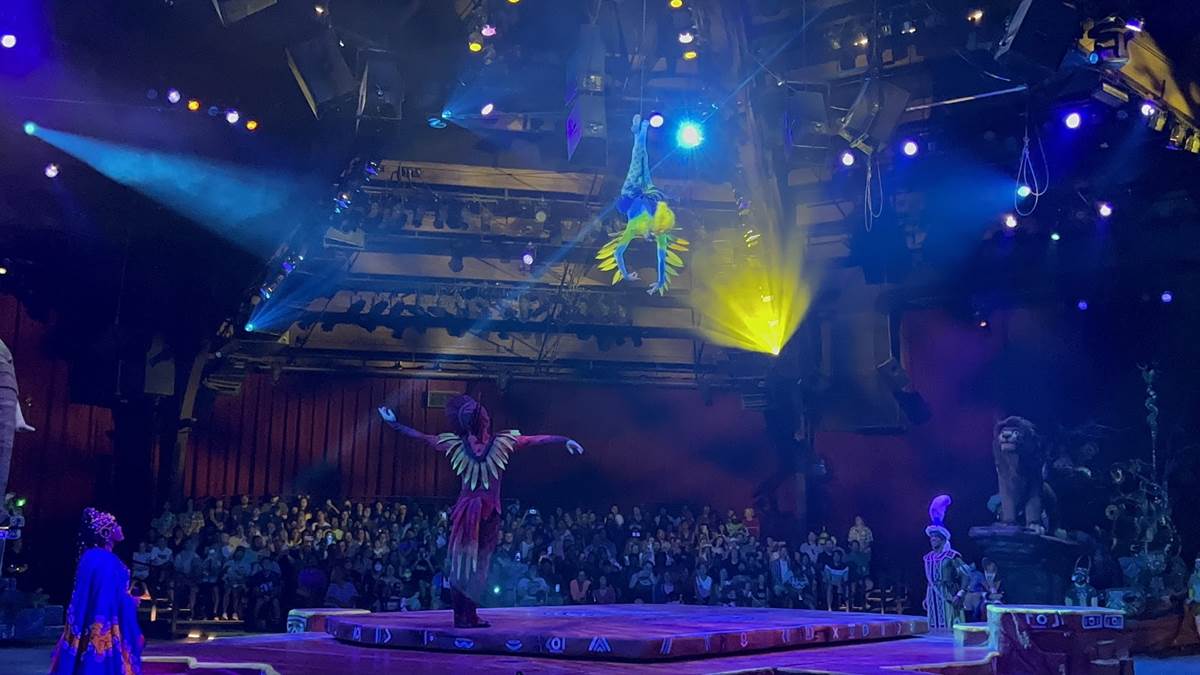 Of course, the monkeys aren’t the only aerial acrobatics that have returned. Two courting birds perform a beautiful dance and one suddenly takes flight during both the “Can You Feel The Love Tonight” segment, as well as during the finale. 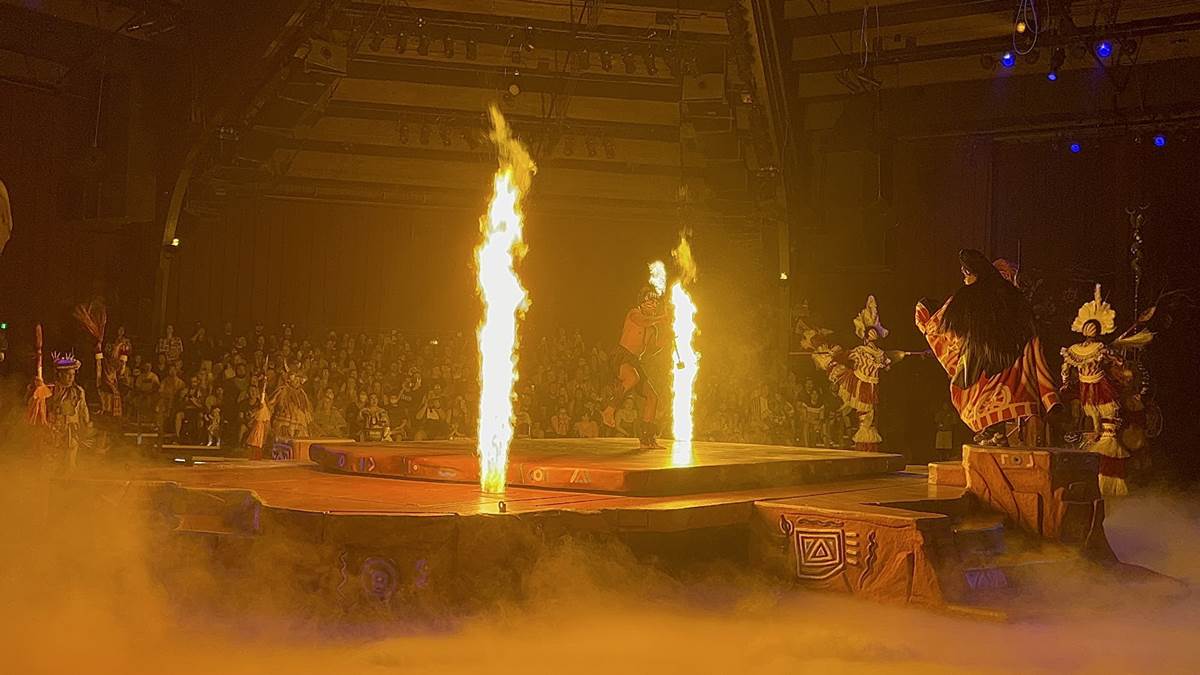 The show continues to take place numerous times daily in the Harambe Theater in Disney’s Animal Kingdom Theme Park, relocated after the closure of their original theater in the Camp Minnie-Mickey area of the park before it closed to make way for Pandora: The World of Avatar several years ago. 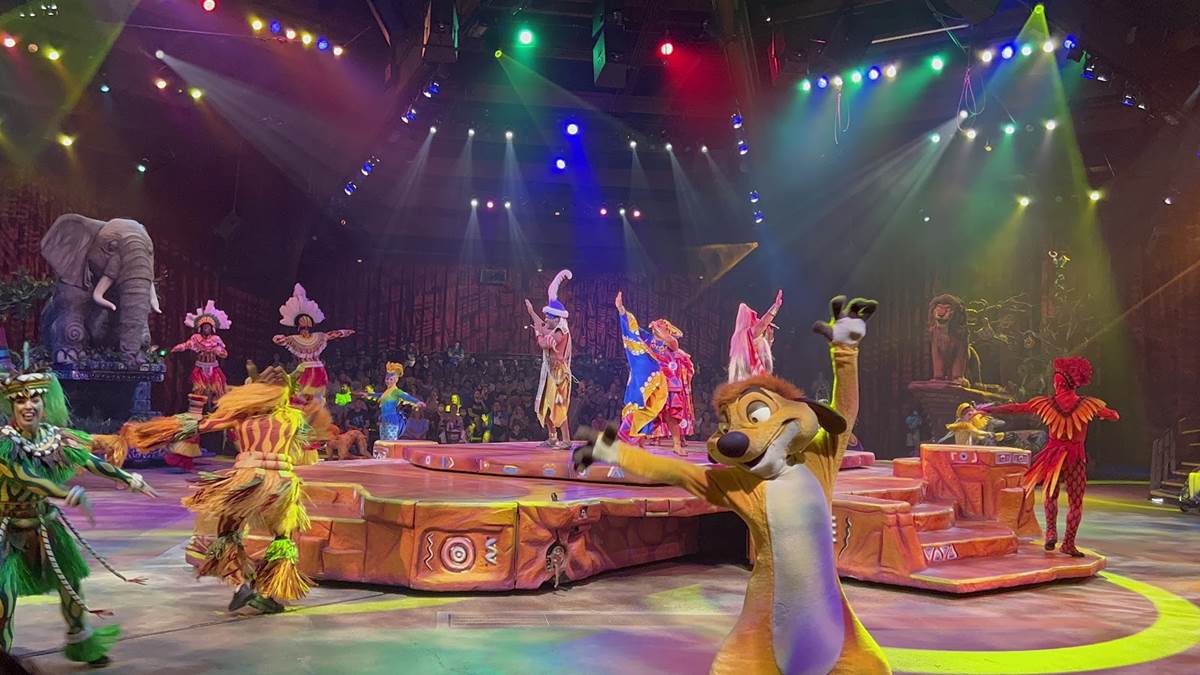