The performance of Mary Poppins at London’s Prince Edward Theatre on Monday, September 19th has been canceled due to the funeral of Her Majesty Queen Elizabeth II. 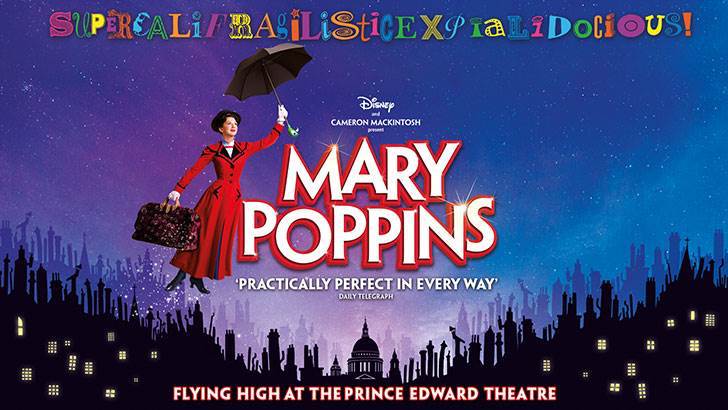 “Together with the nation and people around the world, we pay tribute to Her Majesty Queen Elizabeth Il and her extraordinary reign. The state funeral of Her Majesty The Queen will be on Monday 19th September.

The 7.30pm performance of Mary Poppins on that day at Prince Edward Theatre, London will be canceled. All affected customers will be contacted by their point of purchase with further details. All other performances will take place as scheduled.” 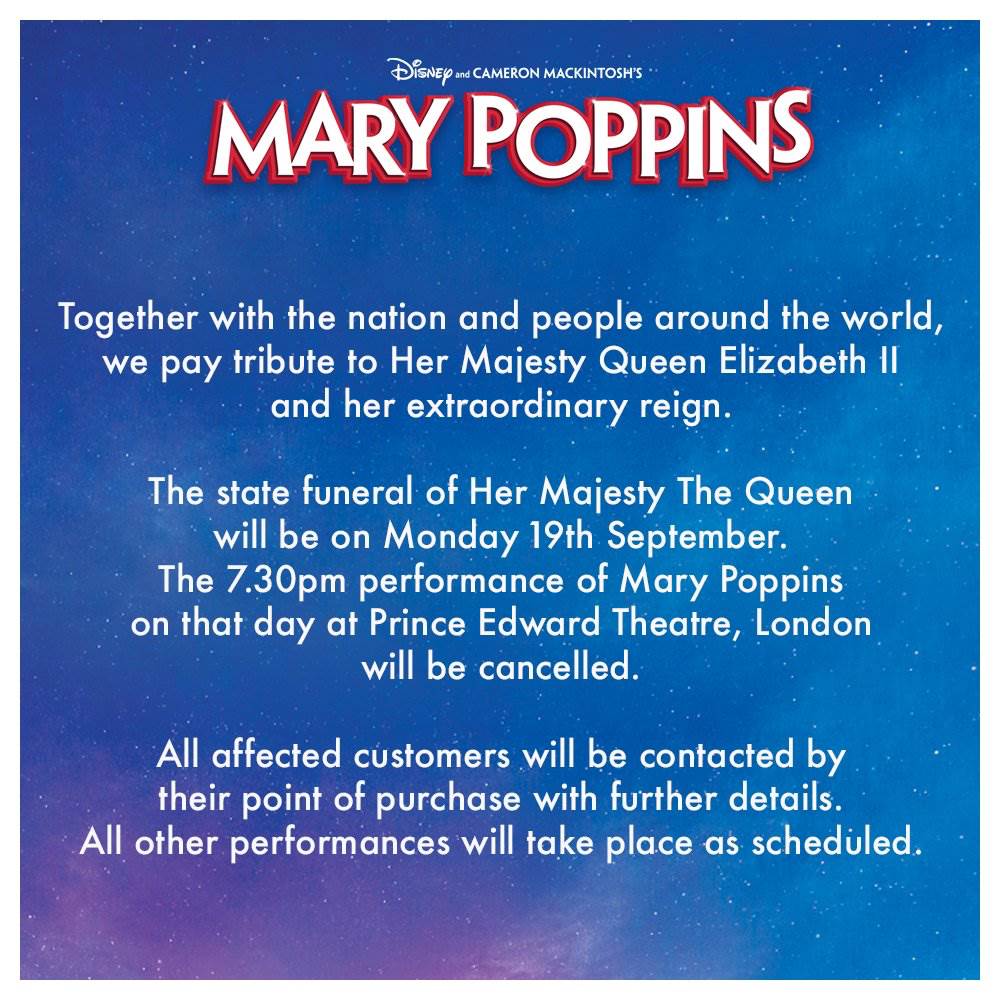