Cars fans heading to their local McDonalds can get their hands on the newest Happy Meal toys featuring favorite characters as they appear in the new Disney+ original series from Pixar Animation Studios, Cars on the Road. The toys featured are mostly variants of Mater and Lightning McQueen as they are seen throughout the Cars on the Road series. We have the “basic” Lightning and Mater as they appear constantly throughout the series. 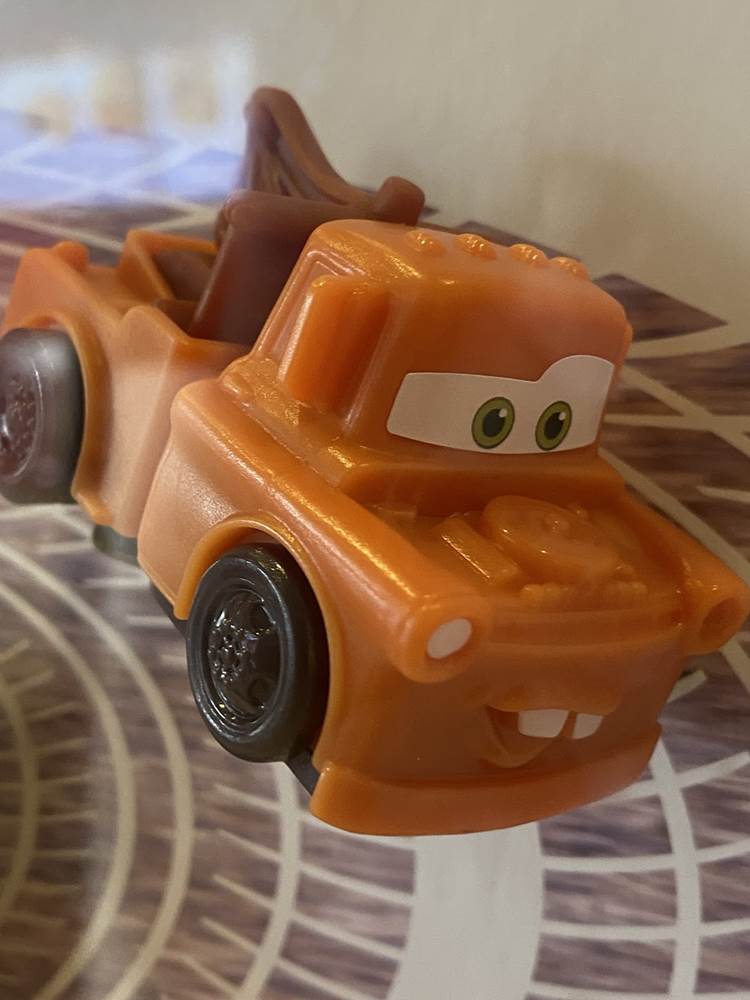 Then we have the duo as they appear in the “Road Rumblers” episode, ready for battle in the middle of the desert in the parody of road warrior movies like Mad Max, et al. Then we have their prehistoric forms as they appear in the episode, “Dino Park,” a stand out moment of the series that pays homage to the stop motion animation of Ray Harryhausen. 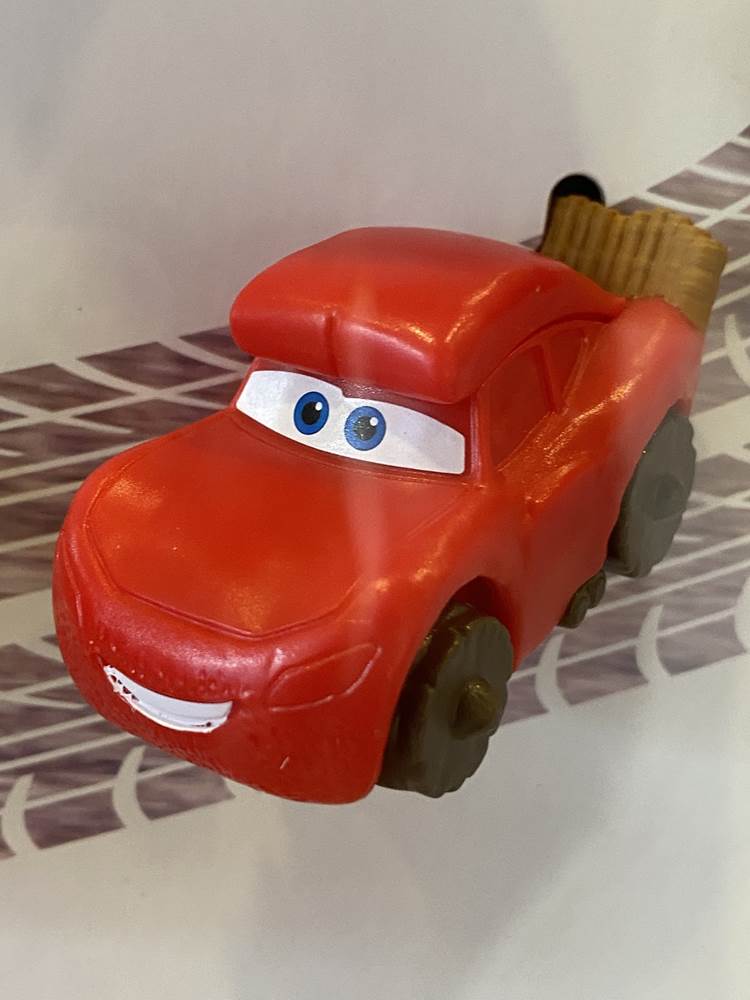 Other characters from the series, including new friend Ivy and returning favorite Cruz Ramirez, are also featured as Happy Meal Toys. 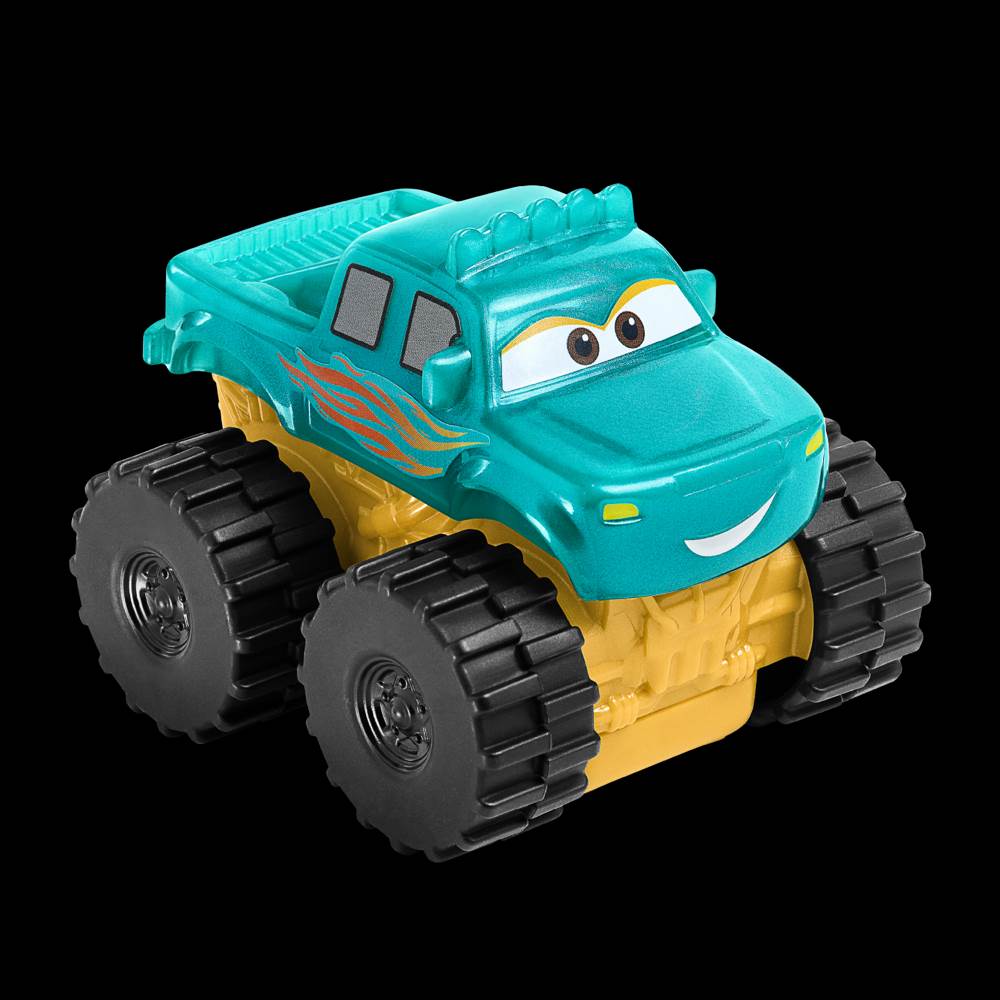 Each toy can be played with special activities and games on HappyMeal.com, and each toy also comes with stickers to help decorate your car! 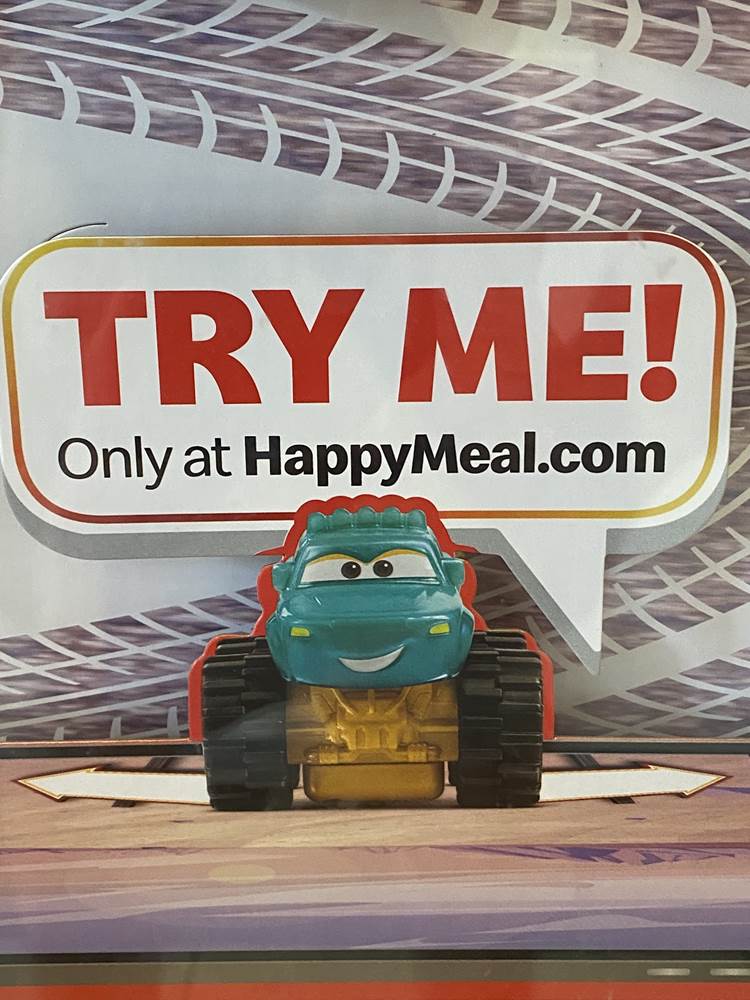 Pixar Animation Studios returns to the world of Cars with the all-new original series Cars on the Road. Episodes follow Lightning McQueen (voice of Owen Wilson) and his best friend Mater (voice of Larry the Cable Guy) as they head east from Radiator Springs on a cross-country road trip to meet up with Mater’s sister. Along the way, every stop is its own adventure, with outrageous roadside attractions and colorful new characters. Directed by Steve Purcell, Bobby Podesta and Brian Fee and produced by Marc Sondheimer, all episodes of Cars on the Road are now streaming on Disney+.

The List of Cars on the Road toys includes: