Before Walt Disney (the man) created Mickey Mouse, he found success with a character named Oswald. Oswald the Lucky Rabbit. Originally commissioned by Charles Mintz and Universal Studios. While Walt would eventually lose that character and most of his animation staff in a story that has been chronicled many times over again with the rights to the character and staff leaving Walt behind, eventually, the Walt Disney Company would own the character once again. 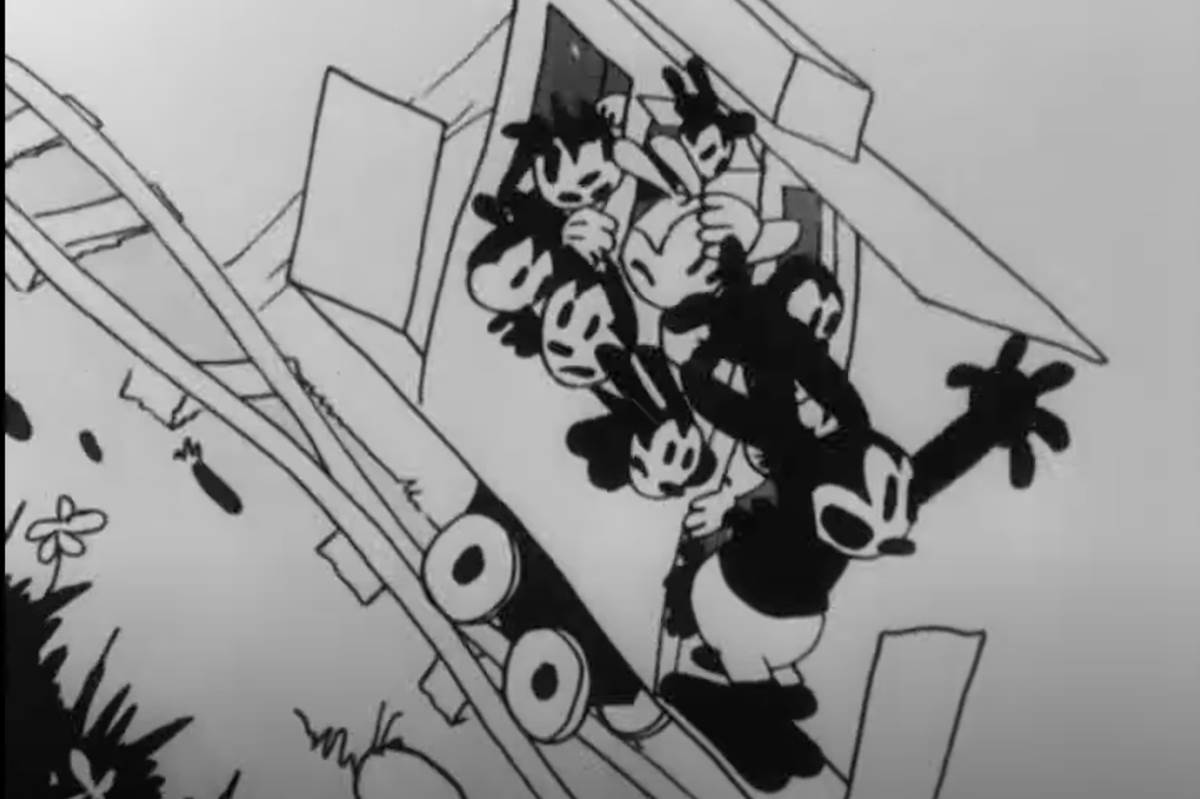 That happened in 2006, when then-CEO Bob Iger decided that having the 27 Oswald Shorts that Walt Disney had worked on was more important to the Walt Disney Company than having sports commentator Al Michaels on ABC and ESPN.

The films, which started in 1927, are one by one slowly beginning to enter the Public Domain. While the very notion has many “ifs” and “buts” with it (which you can find out more about in this piece from CartoonBrew.com) the short version is that now the Oswald shorts can be shared freely. We here at Laughing Place are also aware of their importance not just to the Walt Disney Company but to animation as an artform as well, so we are rounding them up and sharing them ourselves.

In fact, Disney fans might even have a number of them in their possession already, as a collection of Oswald shorts were released as part of the Walt Disney Treasures DVD series, hosted by Leonard Maltin, after the company reacquired the character. With this release came something that viewers would not have seen back in 1927, a soundtrack! At the time of their debut, these shorts would be accompanied by a live musician in the theater that would play the score for the film right there in the theater. It was the niche idea of a synchronized soundtrack with Mickey Mouse’s debut in Steamboat Willie that helped propel the mouse to stardom, overshadowing Oswald (who was still in production by Universal Studios) and becoming the animation icon he became.

Walt Disney's Oswald The Lucky Rabbit made his debut on September 5th, 1927 in this short film. The short follows Oswald as he tries to drive a trolley full of animal friends, but nothing goes right. From a cow stopped on the tracks to steep hills that turn into roller coaster thrills, Oswald just can't seem to get the hang of his first job.

Walt Disney followed up Oswald the Lucky Rabbit's debut in Trolley Troubles with the character's second short film, Oh Teacher. Released on September 19th, 1927, this silent cartoon introduces Oswald's first girlfriend, Fanny Cottontale, and also sees him going head-to-head for her affections against his rival, Pete the Cat. If that name sounds familiar, it's because Pete would go on to become a rival for Mickey Mouse after Walt lost the rights to Oswald. Oh Teacher Finds Oswald on his way to pick up Fanny for school. But during their bike ride, Pete steals Oswald's bike and his girl! But as always, luck is on Oswald's side in the end.

In the third short film, released October 3rd, 1927, Oswald is the proud owner of a sleepy mechanical cow. The lucky rabbit's job du jour is selling milk around town, treating his girlfriend Fanny to some as they flirt. But when Fanny Cottontale is kidnapped by a gang of hairy goons, Oswald's robotic bovine proves to be a steadfast steed, helping to rescue Fanny and carrying Oswald and his girlfriend off on a romantic date.

This short's premise is believed to be a parody of Paramount's Oscar-winning silent film Wings. "Great Guns" finds Oswald heading off to war, kissing his girlfriend Fanny goodbye and missing her terribly in the trenches. Fittingly, the enemy fighters are mice, as Oswald would later be usurped in popularity by Walt Disney's next creation, Mickey Mouse. When this film was made, World War II was still a decade from occurring, while memories of "The Great War" were still fresh in the minds of audiences. Walt Disney himself served as an ambulance driver in France during the war. It's probable that this inspired Fanny's new occupation as a wartime nurse. “Great Guns” was released on October 17th, 1927.

In this film, released on on October 31st, 1927, Oswald's newest job is selling hot dogs on a beach boardwalk. When Fannie walks by, he quickly finds himself distracted and wanting to impress her. He bribes the lifeguard to let him do the job and Fannie flirtatiously goes out to sea and yells for help. Oswald races to her rescue, but a giant fish and big waves complicate their flirtatious games. This would be Fannie Corrontale’s last appearance in the Oswald series, soon to be replaced by the lucky rabbit’s new love interest, a cat named Ortensia. Although Fannie had one more trick up her sleeve with a delayed appearance in the first Oswald short ever produced (“Proud Papa”), which was held for release until close to the end of Walt Disney’s run with the series. She also later appeared in the series after Walt Disney was ousted, but in the new role of Oswald’s sister.

Oswald raced against Bootleg Pete on a transatlantic flight to Paris on November 14th, 1927. If Bootleg Pete looks familiar, he first appeared in Walt Disney's Alice Comedies and this was his debut to the Oswald series. After losing the rights to Oswald, Walt transformed Bootleg Pete from a bear into a cat named Pegleg Pete, a character who still plays a big role in Mickey Mouse stories, now known simply as Pete. "The Ocean Hop" was also the debut of Wienie the Weiner Dog, who remained nameless in the Oswald shorts but later resurfaced in Mickey Mouse comics with this name. The known prints of the film are missing a gag that was controversial back in 1927 in which Wienie met his end by falling into a French taxi, sausage links flying out of the back of the car. It was not only cut from a later re-issue, but the only known original silent print in existence has the scene manually removed.

Stay Tuned for more of the Oswald The Lucky Rabbit shorts as they become available!