People.com has revealed exclusive clips of H.E.R. and Josh Groban starring as Belle and Beast in the upcoming ABC special, Beauty and the Beast: A 30th Celebration. 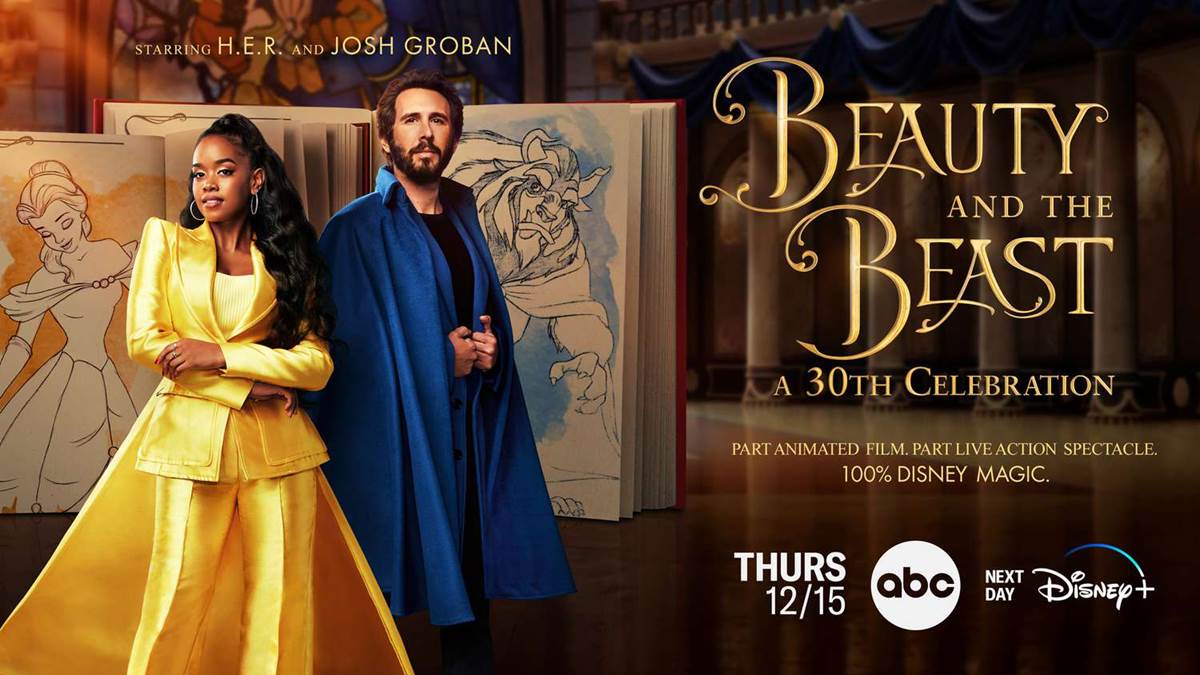