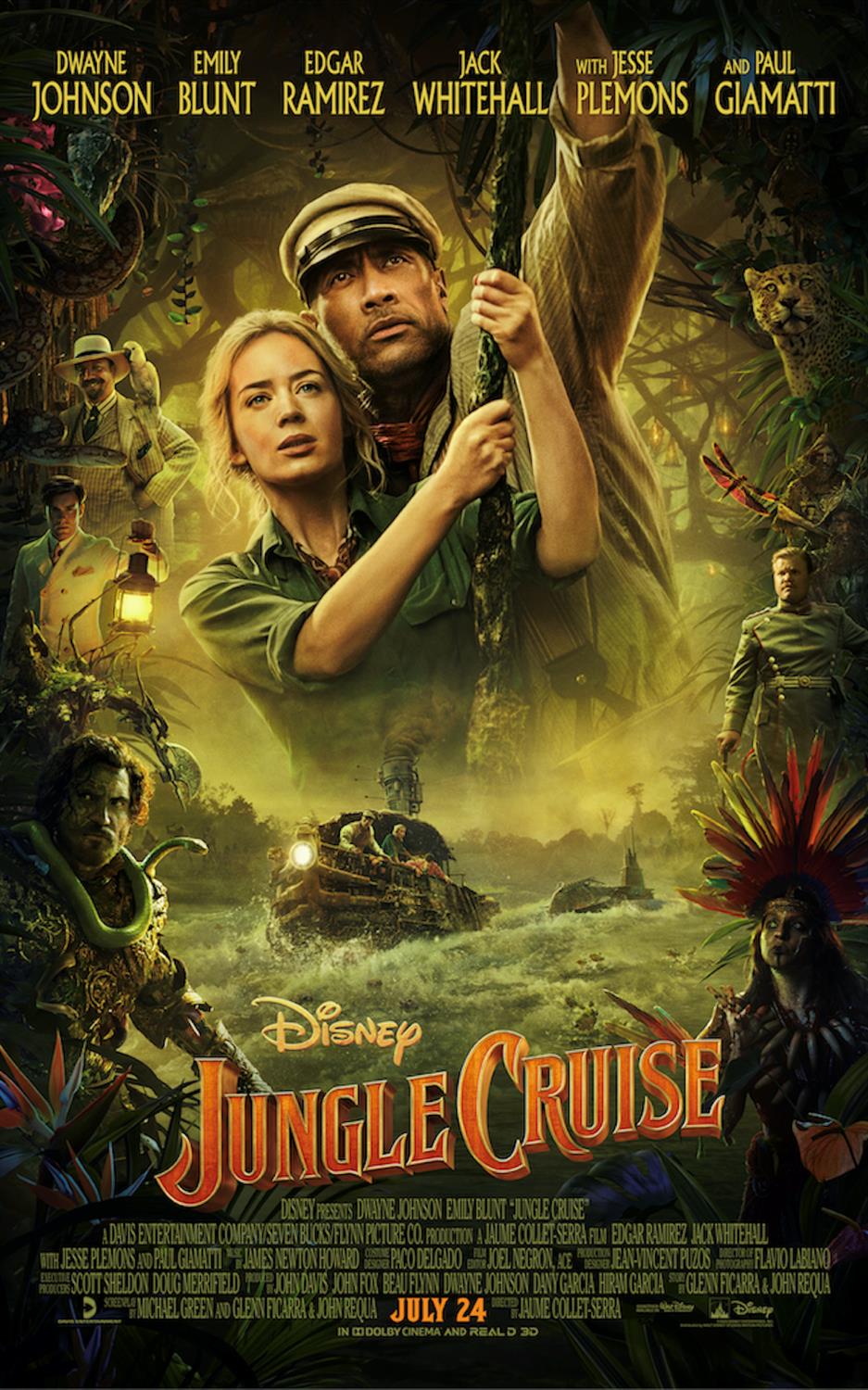 Based on the Disneyland and Magic Kingdom attraction of the same name, the film follows a group of adults on a dangerous riverboat journey into the jungle.

Dwayne Johnson is Frank and Jack Whitehall is Macgregor in Disney’s JUNGLE CRUISE.

Dwayne Johnson is Frank and Emily Blunt is Lily in Disney’s JUNGLE CRUISE.