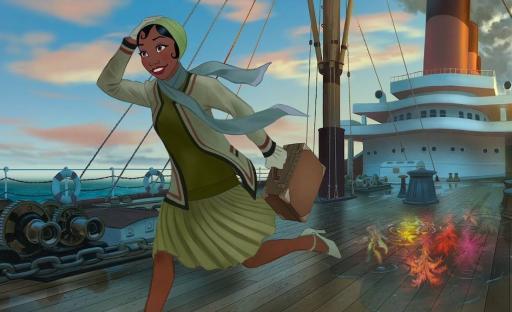 Walt Disney Animation Studios announced that Stella Meghie (The Photograph) will be director and writer of the new long-form musical series, Tiana, coming to Disney+ in 2023. In the series, Tiana sets off for a grand new adventure as the newly crowned Princess of Maldonia, but a calling to her New Orleans past isn’t far behind.

Laughing Place Disney Newsdesk
Nov 12, 2021 8:48A
First Look at “Tiana” Sequel Series to “The Princess and the Frog”

Laughing Place Disney Newsdesk
Jun 19, 2021 10:42A
Disney+ Shares Art By Black Artists Celebrating “The Proud Family” and “The Princess and the Frog” To Honor Juneteenth

Tony Betti
Dec 11, 2020 1:13P
Looking Ahead at the Announced Projects of the Walt Disney Animation Studios

Marshal Knight
Mar 16, 2014 9:45A
Breaking Down the Festival of Fantasy Parade