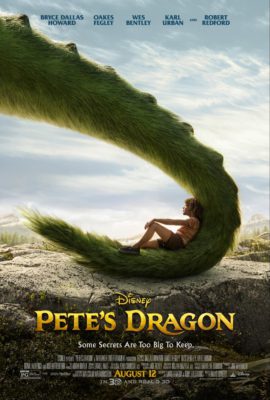 Disney’s 1977 classic Pete’s Dragon was a cherished part of my childhood and Elliott holds a special place in my heart. While I was excited by the announcement that the studio had plans to revisit the tale, I had a few concerns. Would the story translate and be relevant for a modern audience?

The answer to that question is “Probably not,” which is why 2016’s Pete’s Dragon bares little resemblance to the Helen Reddy/Mickey Rooney/Jim Dale musical. In fact, the only thing the two films have in common is that there’s a boy named Pete whose only friend is a dragon. Other than that, it’s a very different film with a very different message.

Pete is a young orphan who has grown up in the woods being cared for by a giant green dragon, whom he named Elliot. Five years later, a forest ranger named Grace discovers the boy and brings him to Millhaven where he discovers what life with other humans can be like. But when Elliot’s life is endangered by millers who have stumbled upon his home, Pete will have to convince his new family that dragons are real to save him. 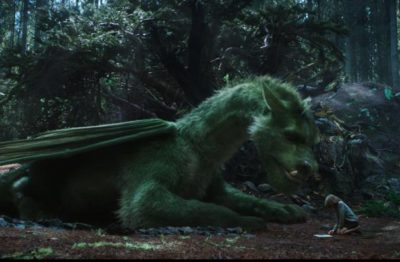 Disney often uses the term “Reimagining” when they mean “Remake,” but in this case reimagining is the appropriate term. On paper, this new version doesn’t read well and indeed the junior novelization gave me very low expectations of the film. However, I was surprised by how well the film plays and how touching this new version is.

The acting performances are all commendable, with young Oakes Fegley holding his own against a cast of pros that includes Bryce Dallas Howard as Grace and Robert Redford as her father, the only man in Millhaven who has actually seen a dragon (before Pete, that is). But the biggest scene-stealer in the film is Elliot, whose mannerisms are so doglike and charming that it’s hard not to fall in love with him. 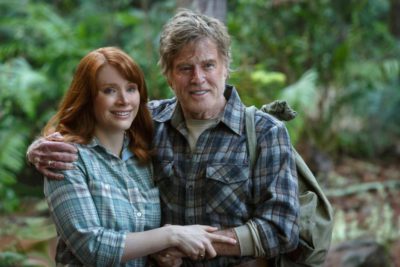 While the film chose a boy who bears some resemblance to Sean Marshall, Elliot looks considerably different than Elliott (the hand-drawn animated dragon in the original). He’s the first furry dragon I’ve ever seen who walks on paws instead of claws and feels so un-dragon-like that I forgot that’s what he was when his fire breathing abilities were introduced. And this Elliot is not a guardian spirit who travels around helping children in need, but is instead a childlike creature without a family himself.

This version of Pete’s Dragon takes on a much more serious tone than the original, with a few humorous moments sprinkled here and there to lighten the mood. It features a powerful message about what it means to be a family, plus environmental undertones about conservation and animal rights. It’s so different that reusing the title Pete’s Dragon almost seems like a bad decision, especially since a decent amount of this two-hour film finds Pete separated from his friend. 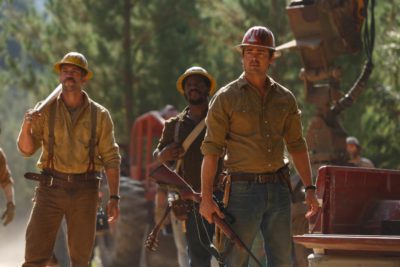 2016’s Pete’s Dragon is a heartfelt, emotional adventure about a boy torn between two worlds, confused about where he belongs. It has its own special qualities that set it apart from the original, although the two versions are so different that they become incomparable. I encourage fans of the original to give it a chance with the understanding that it is very different, but very special at the same time.

I give Pete’s Dragon 4 out of 5 folk songs about dragons.