As a part of the build-up for The Incredibles 2 and Toy Story Land’s Disney’s Hollywood Studios debut, I have been taking closer looks at some of the Pixar attractions in the Disney Parks. Today, we’ll be heading over to Disney’s Animal Kingdom and visiting everyone’s favorite land, DinoLand USA.

Finding Nemo was released in 2003, and it quickly became one of Pixar’s biggest hits. Even today, it is still held in high-esteem by many Pixar aficionados but especially amongst children. Due to this success, attractions based on the film made their way into Disney Parks across the globe, making the film’s presence known at every single resort.

In Walt Disney World, the fun began with The Seas with Nemo & Friends in Epcot. It fit the pavilion perfectly, but as a whole, you wouldn’t expect Finding Nemo to be represented in Epcot, but Animal Kingdom is a different story. With the film revolving around animals just like the park, it was only a matter of time before Finding Nemo got to join Animal Kingdom. 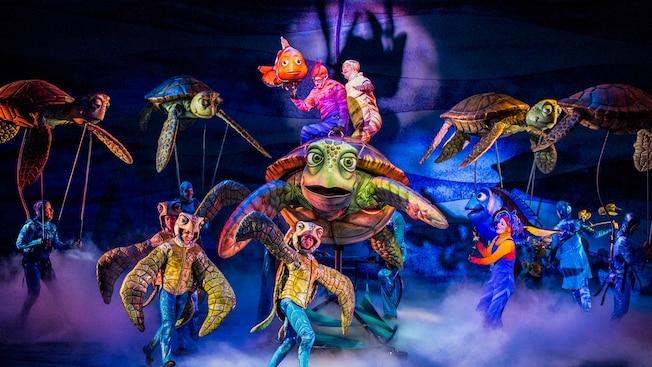 Soft opening on November 5th, 2006 and officially opening on January 24th, 2007, Finding Nemo – The Musical brought a little taste of Broadway down to Central Florida. Replacing Tarzan Rocks, Finding Nemo – The Musical is still running today in the Theater in the Wild. Interestingly, this area is located in DinoLand USA, not exactly where you would expect a Finding Nemo attraction to be located. But without an Australia part of the park, it makes as good of sense as any considering the more juvenile nature of DinoLand.

Regardless of the location, Finding Nemo – The Musical had an amazing creative crew to help adapt the film into this new medium. First and foremost, the show and all of its songs were written by Kristen Anderson-Lopez and her husband Robert Lopez. The duo wrote all of the songs for Frozen, and the latter also won multiple Tony’s for the Best Musical winners Avenue Q and The Book of Mormon. Additionally, Disney hired Michael Curry to design the puppets. Curry had previously created all of the puppets for The Lion King on Broadway, so you could say that he had a bit of experience in the realm of puppeteering. With this dream team set up, Finding Nemo – The Musical was ready to succeed and entertain guests.

As you can tell from the video above, this show was certainly Broadway-calibre, especially from a production standpoint. The puppets, set design, and other costuming were all top-notch, really helping the characters from the film come to life. The Lopez’s also did a fantastic job adapting this non-musical film into a full-scale musical. Sure, it was only 35 minutes long, but they still managed to hit a lot of the high points of the film, and I had no trouble following along. 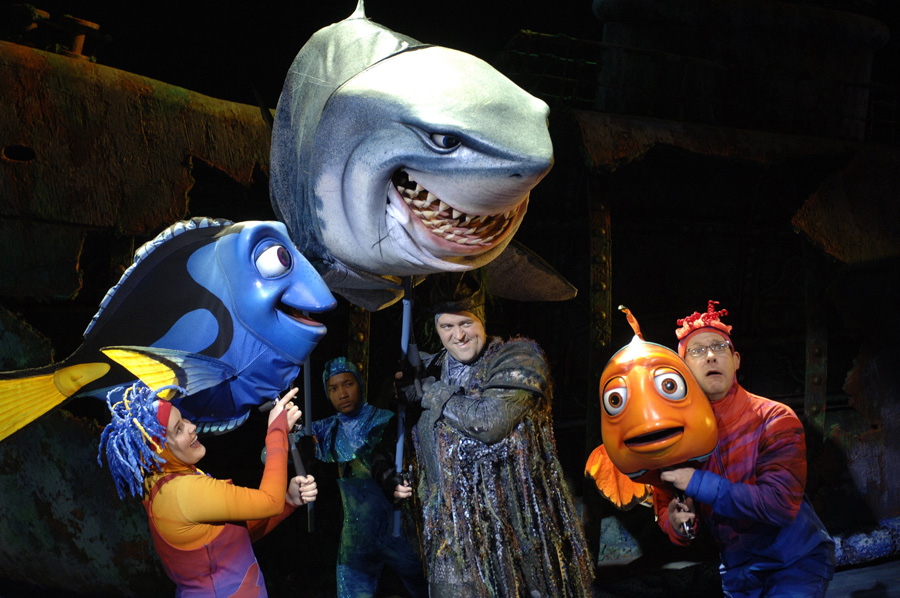 Curry’s puppet design was also exquisite, allowing the performers to really make the most of them. Though relatively simple, you could still feel the emotion coming from these fish and performers. I will admit, the show starts off a bit slow. I was not very engaged at first, but as the show continued, it continually got more exciting. Some of my particular favorites were the song by the Tank Gang when Nemo first joins them as well as Crush’s song. Both of these had that Broadway feel to them that I was looking forward to based on the Lopez’s track record. 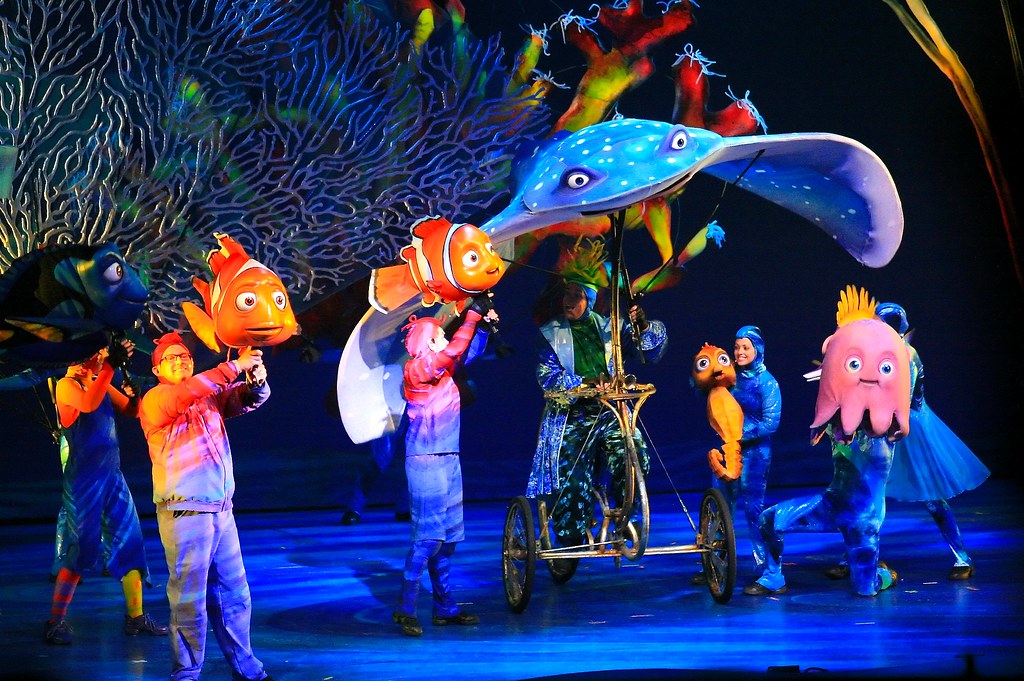 I also really appreciated them emphasizing the theme of togetherness. That is the essential point of the film, so it was great that they managed to keep that idea alive and bring all the characters together.

Overall, I enjoyed this show a lot more watching it on YouTube than I did when I’ve seen it in the park. Watching it in the past, I could not get through the slow beginning of the show, and I generally zoned out. Usually, I would skip the show, but after watching it this week, I may have to give it another chance next time that I’m in Disney World.

Thanks for joining me today as we looked at Finding Nemo – The Musical and keep an eye out a few more in-depth look at Pixar attractions over the coming month.