100 Days of Pixar: The Seas with Nemo & Friends and Finding Nemo Submarine Voyage

Tags: Disneyland, Finding Nemo Submarine Voyage, The Seas with Nemo and Friends, Walt Disney World
With Pixar Fest now finally in full flow at the Disneyland Resort, it’s time to again look at some of the Pixar attractions that have made their way into the Disney Parks, this time focusing on some attractions based off of the hit film Finding Nemo. 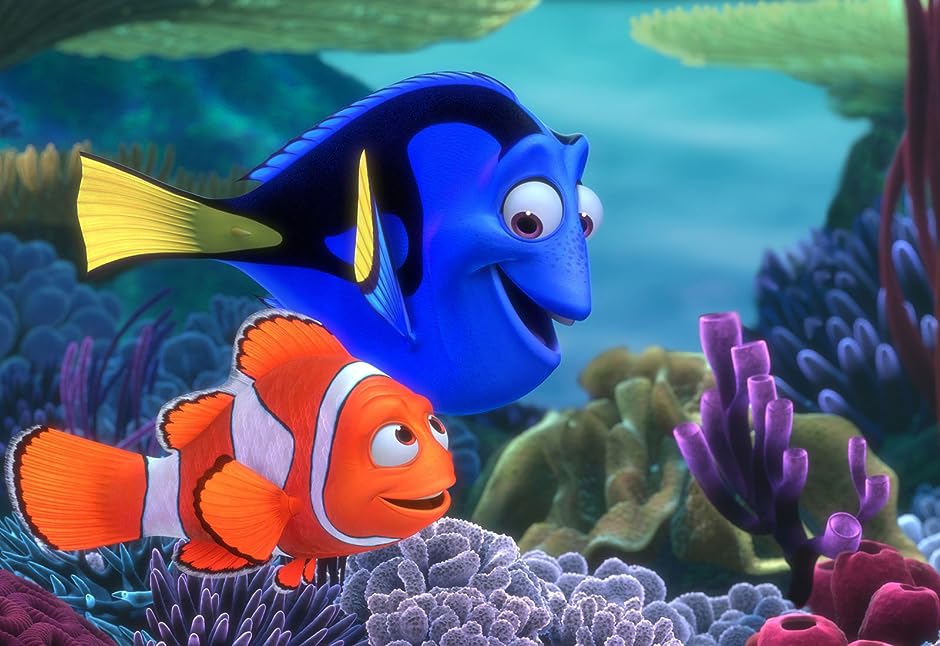 Finding Nemo debuted in 2003 and was an instant hit upon its arrival. It went on to gross over $900 million worldwide and today is still the sixth highest-grossing animated movie domestically ever. It wasn’t just audiences who loved it, however, as critics also adored it, with a 99% on Rotten Tomatoes and an 8.7/10 average rating, amongst the highest of the Pixar films. With this success, Finding Nemo was poised to enter the Disney Parks with a bang. 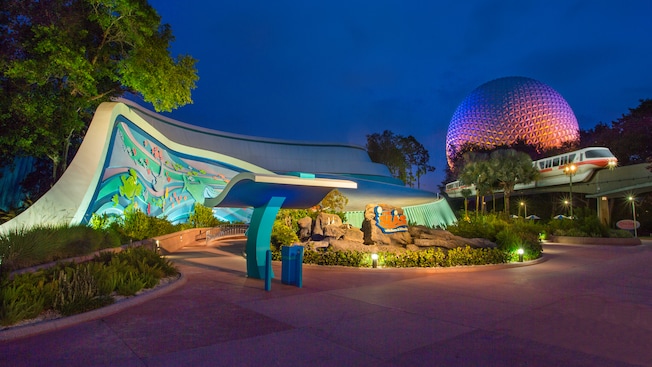 The first area to find Nemo was The Living Seas in Epcot. The Living Seas was one of the first pavilions added to Epcot, but it was beginning to feel a bit dated and too informative for the evolving Epcot, so Disney began to make some changes to the exterior of the pavilion as early as December 2003, barely six months after the movie was released.

In addition to a new ride-through attraction, Disney was also adding Turtle Talk with Crush, a new and interactive experience involving everyone’s favorite 150-year old sea turtle. Turtle Talk was added to the SeaBase portion of the pavilion, an area which functions as an aquarium basically. With Turtle Talk bringing in a lot of guests, Disney made a fascinating move by keeping most of the SeaBase open during the construction of the new attraction. Since everything is contained in one building, the logistics behind keeping half of it open and restructuring entrances and exits is so cool to me. 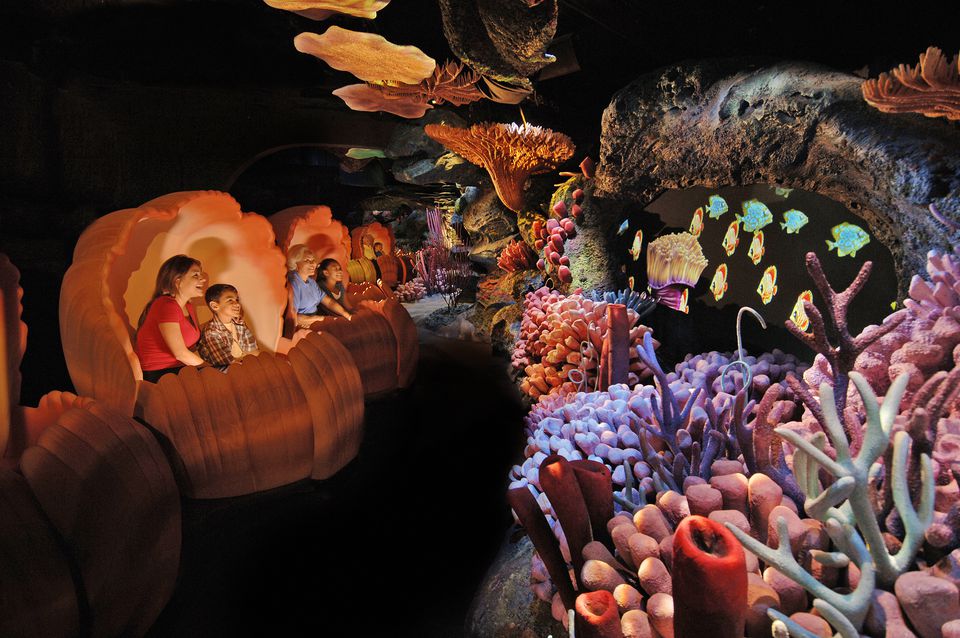 Upon its opening on January 24, 2007, The Seas with Nemo & Friends, which is both the name of the attraction and the pavilion, became the first pavilion in Epcot to be completely based on a Disney film, and today it remains the only one. (Though Norway is pretty close to being a Frozen pavilion.)

The Seas with Nemo & Friends is a really simple ride, but I actually enjoy it quite a lot. I make a point to ride the attraction at least once every time I’m at Disney World because it is such a calm, pleasant time. The use of the Omnimovers works perfectly to tell the story of these ocean animals because it keeps you moving with the tide. Plus, they incorporated the song “In the Big Blue World” from Finding Nemo – The Musical, and while I’m not a huge fan of that show, I do love that song.

The attraction also keeps some history alive by following virtually the same track as its predecessor. Plus, guests can view animals in one of the biggest saltwater aquariums at the world toward the end of the attraction (though they cannot see as much as when The Living Seas was open.)

Overall, I think that The Seas with Nemo & Friends is a perfect example of plussing the classic dark ride idea. It adds something special with the real animals at the end, while also maintaining all the story beats of Finding Nemo that so many people fell in love with. However, all the Finding Nemo fun was not quite done yet because Disneyland also wanted to be a part of the action.

Debuting on June 11, 2007, Finding Nemo Submarine Voyage was the long-awaited successor to the classic Disneyland attraction, Submarine Voyage. Submarine Voyage closed in 1998, so Disney fans had to wait nine long years before finally being able to board the subs again.

The Finding Nemo Submarine Voyage was the first major project under the leadership of Bob Iger and John Lasseter. This project was perfect for the two of them, combining John Lasseter’s knowledge of Pixar with Iger’s understanding of franchises and intellectual property.

When the attraction first opened, it was an immediate success with audiences. I remember being there when it first opened, and the line was consistently ninety minutes or more. Everyone was trying to be a part of the fun, so it did take me a little while to get on the attraction. It wasn’t just guests who loved the attraction, though, with the Theme Park Association bestowing it the award of best refurbished theme park attraction of 2007.

In terms of the history of the attraction, the same submarines from the original 1959 attraction were used for this attraction, just refurbished heavily. In fact, these submarines are not even truly submarines as they never completely submerge, instead traveling around on rollers placed under the water. 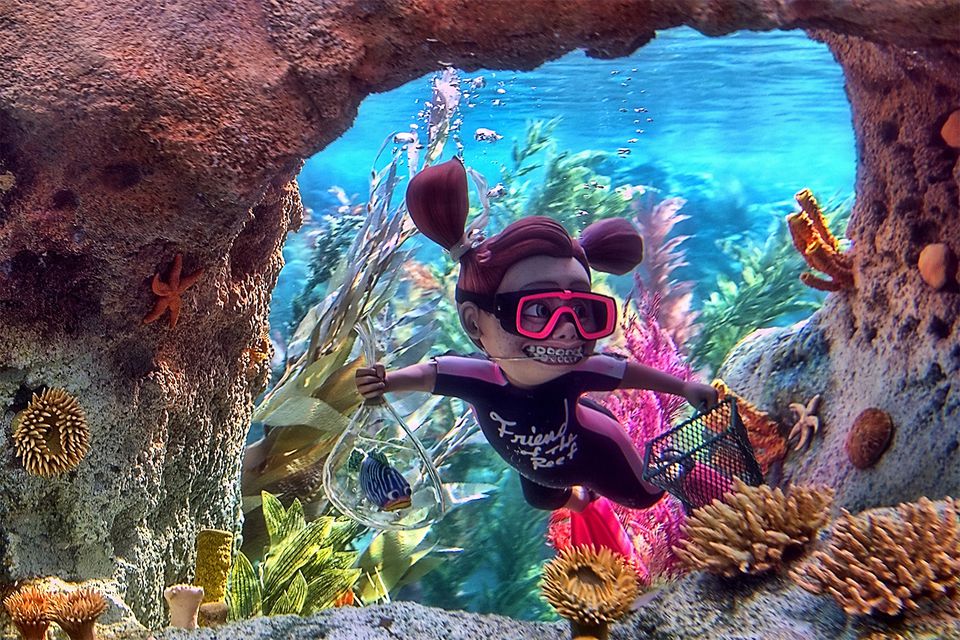 In terms of my thoughts on the attraction, I think it is ok, much preferring The Seas with Nemo & Friends. The attraction is extremely slow loading, so I rarely want to wait to experience it. But if I see that the attraction is a walk-on, I definitely try and hop on, especially because it is a nice fifteen minutes of sitting in the air conditioning.

However, the story is simply not compelling enough to get me to wait for it. The novelty wears off pretty quickly, but if you are not a local and have never experienced an attraction like it before, it is well-worth checking out. Plus, they have added a few characters from Finding Dory, so I really like that the attraction is still receiving love from Disney.

Well, that brings our journey today to a close, but keep an eye out for future articles about Pixar attractions.