Review – “Unbanned: The Legend of AJ1” on Hulu

It’s gotta be the shoes. You can be from any walk of life, have any interests or hobbies, be an athlete, an actor, a writer or anything else, but if you’ve only ever heard of one pair of sneakers in your life, it’s probably the Air Jordans. The sneaker worn by the NBA’s greatest of all-time transcended the game of basketball and changed not just an industry or a game, but also a lot of people’s lives as well.

Hulu’s new documentary, Unbanned: The Legend of AJ1, began streaming today (February 14) and it tells the story behind the Air Jordan and how a simple sneaker became something so much bigger. 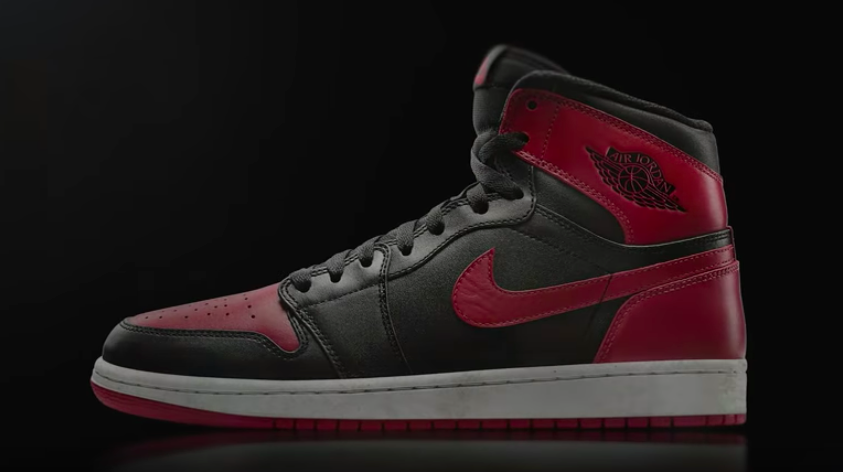 First let me say, I’m a sports fan and I would like to think I’m aware of most major sports-related stories out there. I was not aware of this story. At least, not fully. I was obviously aware of the Air Jordan and how signing Michael Jordan really launched Nike into becoming the premiere brand in sports. What i didn’t know, was the NBA banned Jordan’s shoes and almost tanked Nike before they could ever really take flight, pun intended.

This documentary goes into very deep detail, uncovering the story from every possible angle. We hear from Nike executives, celebrities who wear the shoes, journalists familiar with the stories, shoe designers and even David Stern, who was the NBA Commissioner at that time.

Not surprisingly, the documentary kind of paints Stern as the villain, a story NBA fans are likely familiar with. It’s not exactly a shock that the Nike executives aren’t exactly big fans of the commissioner. Still, we hear from Stern in this documentary and he gives his part of the story, which mostly entails saying the shoes were never actually banned. Whether that’s true or not, Nike used the alleged ban to their advantage and launched what would become the most iconic and sought after sneaker line ever. Of course, these shoes would be nothing if not for the man himself. Jordan is featured in the documentary as well, though we don’t hear from him a lot. If there’s one person I would have liked to hear more from in this documentary about Air Jordans, it’s probably Jordan.

Still, we get a lot of great insight from a long list of celebrities, including Mark Wahlberg, Michael B. Jordan (ironically enough), Anthony Anderson, Jason Sudeikis and more. One of the celebrities we hear from the most, is legendary director Spike Lee. Lee is known for his work in film, but he is also remembered for his role in a commercial for the Air Jordans, creating the famous “it’s gotta be the shoes” line. That’s one thing this documentary does very well: nostalgia. If you grew up in the 80s or early 90s, there’s a lot of music and a lot of visuals that are going to bring you back to that time. Whether it’s basketball highlights, N.W.A. music, commercials, news clips or whatever else, you will be feeling a bit nostalgic while watching this.

You also definitely don’t have to be a fan of basketball or even the sneakers to enjoy this documentary. It’s done in a way that makes everything feel very dramatic. On the surface, it seems like a simple concept. It’s a documentary about a shoe, how serious can it actually be? By the end, you’ll understand how Air Jordans became so much more than just a shoe.

Unbanned: The Legend of AJ1 is streaming now on Hulu.