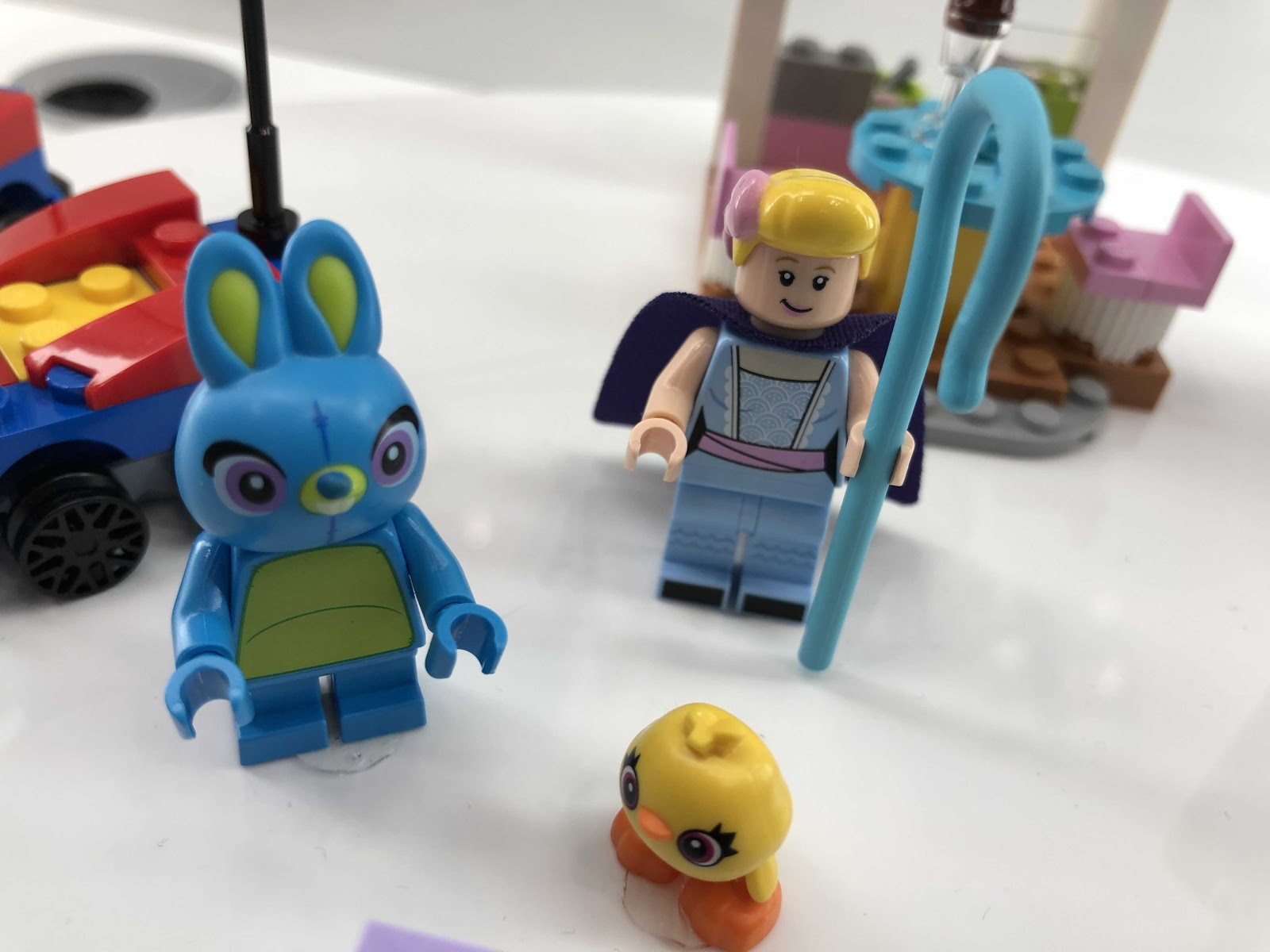 The biggest event in the U.S. toy industry, Toy Fair, began this weekend at the Javits Center in New York City, and with it came some big reveals from one of the most popular toy companies in the world: LEGO.

The manufacturer held a media preview event for its impressive display booth early Saturday morning, and inside we found new LEGO sets based on the Star Wars franchise and the highly anticipated Disney/Pixar sequel Toy Story 4.

These “Action Battle” sets let kids (and AFOLs) take out targets in the Empire and Rebellion. #LEGO @starwars #ToyFair2019 pic.twitter.com/xJEQ9sSLRk

Plus, a new AT-AP Walker and Clone Scout Walker from Revenge of the Sith, an Imperial Dropship Stormtrooper battle pack, Anakin’s Podracer from The Phantom Menace, another Snowspeeder from The Empire Strikes Back, and the previously announced Lego Star Wars 20th Anniversary Slave I (with first-ever Zuckuss minifigure) were also on display in the booth.

The four sets revealed for Toy Story 4 are called RV Vacation (with Jessie, Alien, and Rex minifigures), Buzz & Woody’s Carnival Mania! (with Buzz Lightyear, Woody, Bo Peep, Ducky, and Bunny minifigures), Carnival Thrill Coaster (with Buzz and Alien minifigures), and Woody & RC (with– you guessed it– a Woody minifigure and a buildable RC) All of these Toy Story 4 sets will become available April 22.

Other displays around the LEGO booth included Disney Princess and Spider-Man sets, all of which are currently available in stores.

Outside of Disney licenses, one of the highlights of LEGO’s Toy Fair offerings was the reveal of the sets for the new augmented reality (AR) enhanced Hidden Side haunted theme, which allows kids to use a downloadable app to hunt for and capture ghosts hidden within the sets’ brick-built structures and vehicles.

The media preview event also included the unveiling of the LEGO Ideas The Flintstones set, which retails for $59.99 and will be available starting March 1 at LEGO brand stores and the LEGO shop-at-home website.

This morning we also got a very first look at the complete #LEGO Ideas #Flintstones set. #ToyFair2019 pic.twitter.com/IFfrVy99Yw

Up close with some of the newly revealed @starwars #LEGO sets for 2019. #ToyFair2019 pic.twitter.com/AoGvZE4oCh

Another round of new #LEGO @starwars sets coming this year. #ToyFair2019 pic.twitter.com/6moeALlMyt