Ah, the 1990s. There’s no question that Disney produced some of their best work in last decade of the 20th century. As a result, several Disney fans have a nostalgic soft spot for the characters, attractions, and even the styles that emerged at the time. That’s why, with tonight’s Disneyland After Dark: 90s Nite taking place this evening, we thought we’d highlight some of the best places at the Disneyland and Walt Disney World Resorts to relive the 90s. This could mean hanging in areas with distinct 1990s vibes or memories, enjoying attractions that either debuted in that decade or feature characters from that era,  and more. 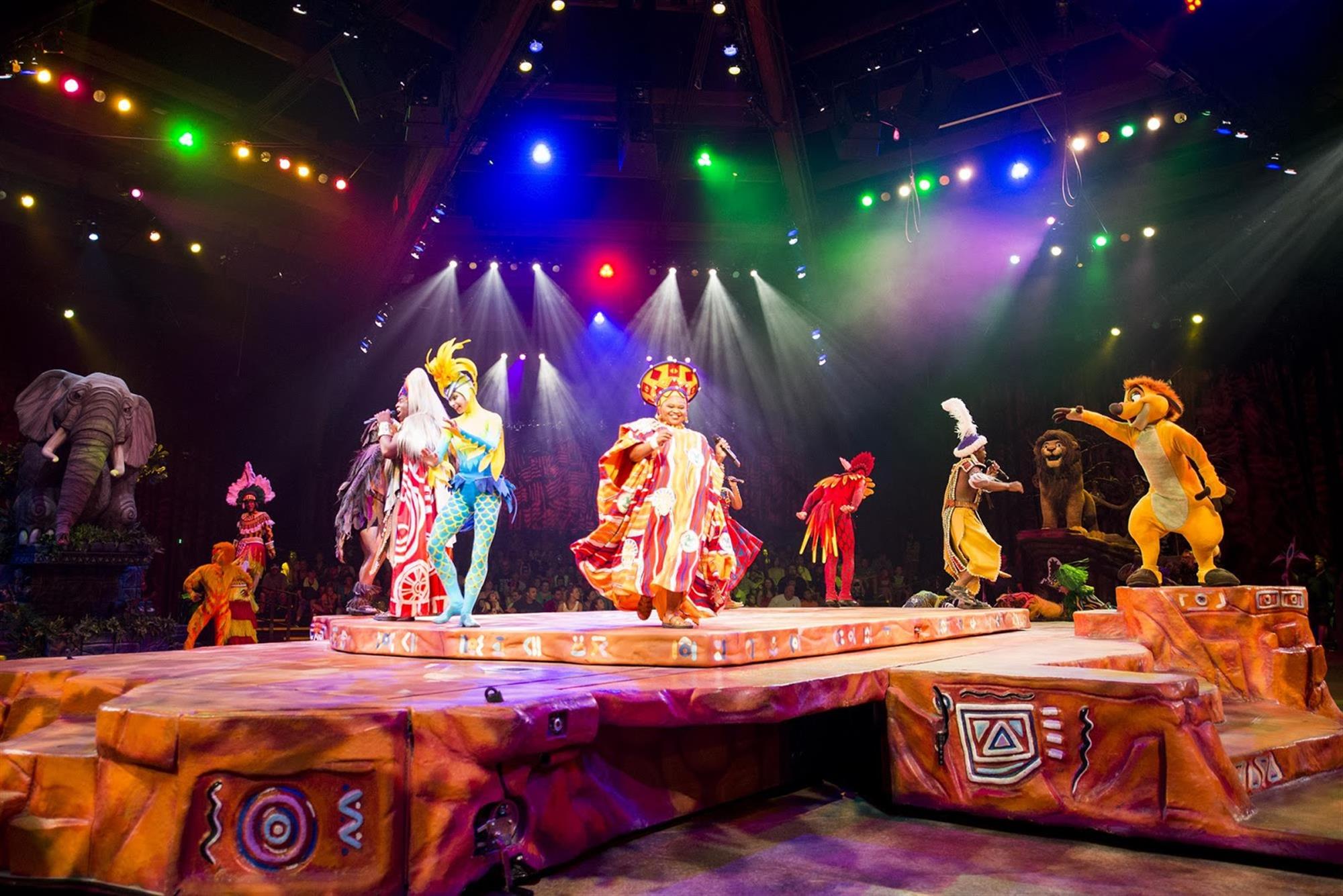 Image result for festival of the lion king laughingplace

Festival of the Lion King

The quintessential Disney movie of the 90s is The Lion King – the highest grossing animated film of all time when it was released and still #4 25 years later. To accompany the hit, Disneyland launched what many people still consider the best daytime parade of all time: The Lion King Celebration. A huge cast of dancers, puppets remote controlled crocodiles, live African drummers and even the first parade animatronic made their way down Main Street to “I Just Can’t Wait to be King.” Then at five spots along the parade route, they stopped and performed an emotional “Circle of Life” complete with pole acrobats, pulling children from the audience and a dove release to finish it off. Nothing like has been seen before or sense. The Lion King Celebration closed in 1997 to make way for the Hercules’ Victory Parade (they did major parades or shows for every animated feature back then). Such an incredible show, but only a three-year run.

Walt Disney’s Carousel of Progress has long needed an update. Currently the “Modern Day” of the attraction’s final scene is a world with cutting-edge techs like car phones, laser discs, and “high-def TV.” Not to mention, rollerblades and a kitchen that features the architecture fit for a TGIF sitcom. To some this may be tacky but, for others, it’s a nice throwback.

Obviously Walt Disney World’s Pop Century Resort celebrates several decades but the 1990s area may be the most fun. Featuring all kinds of retro electronics alongside rollerblades and other 90s icons, you’ll definitely be flooded with nostalgia. Plus, from Pop, you can also take a stroll over to Disney’s Art of Animation Resort where several characters from the Disney Renaissance are on display. 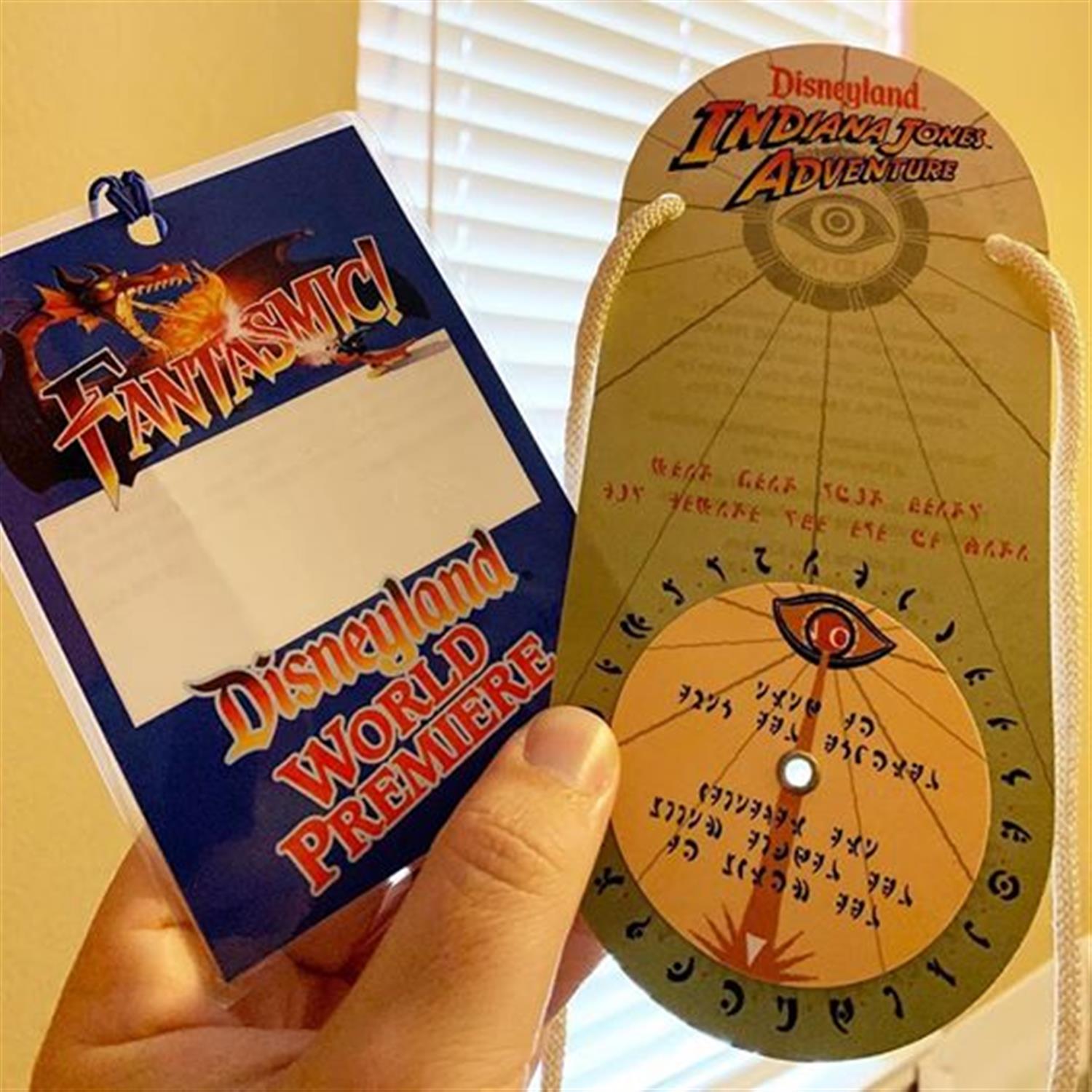 Indiana Jones Adventure: Temple of the Forbidden Eye is the 90s to me. I bought my first Disneyland AP in ‘94 and the lead up to the opening of that attraction was all I thought about. I can remember driving to Disneyland and walking up to the window in the Disney Gallery (now 21 Royal) and looking down at the construction for over a year. This attraction went on to be the first “massive wait time” well before Frozen or Flight of Passage was even thought about. With lines down Main Street for months this set the standard for E-Tickets rides of the future while capturing the imagination of any fan of the films by really putting you in the action and not just having you view it.

Underneath the Rocket Rods (PeopleMover) Tracks

Rocket Rods gets a bad rap for being the attraction that permanently shuttered the PeopleMover in Disneyland’s Tomorrowland, but I guarantee you if ride had managed to say operational for more than two years, it would still be popular today. I only went on the thing a handful of times (from when I moved to L.A. in August of 1998 until the attraction closed in the fall of 2000) but I remember it being pretty awesome. Even back when it was running it frequently went down and had tremendously long waits, but I still fondly recall zipping around and through all the Tomorrowland structures in those futuristic cars. We may regretfully never see the PeopleMover at Disneyland again– and it sucks that those tracks are just rotting in plain site with no announced replacement on the horizon– but I would’ve happily settled for the vastly underrated Rocket Rods taking up that space.

Ironically, I’m choosing an attraction that opened in 2003 as the perfect place to relive the 90s, but where else can you find all of these classic 90s Disney movies in one place? Beauty and the Beast, Aladdin and The Lion King are all present in this attraction, showing off the music that us 90s kids grew up on. It’s also still sporting what is essentially the same 3D technology that was present in the 90s so that will bring you back a bit as well. 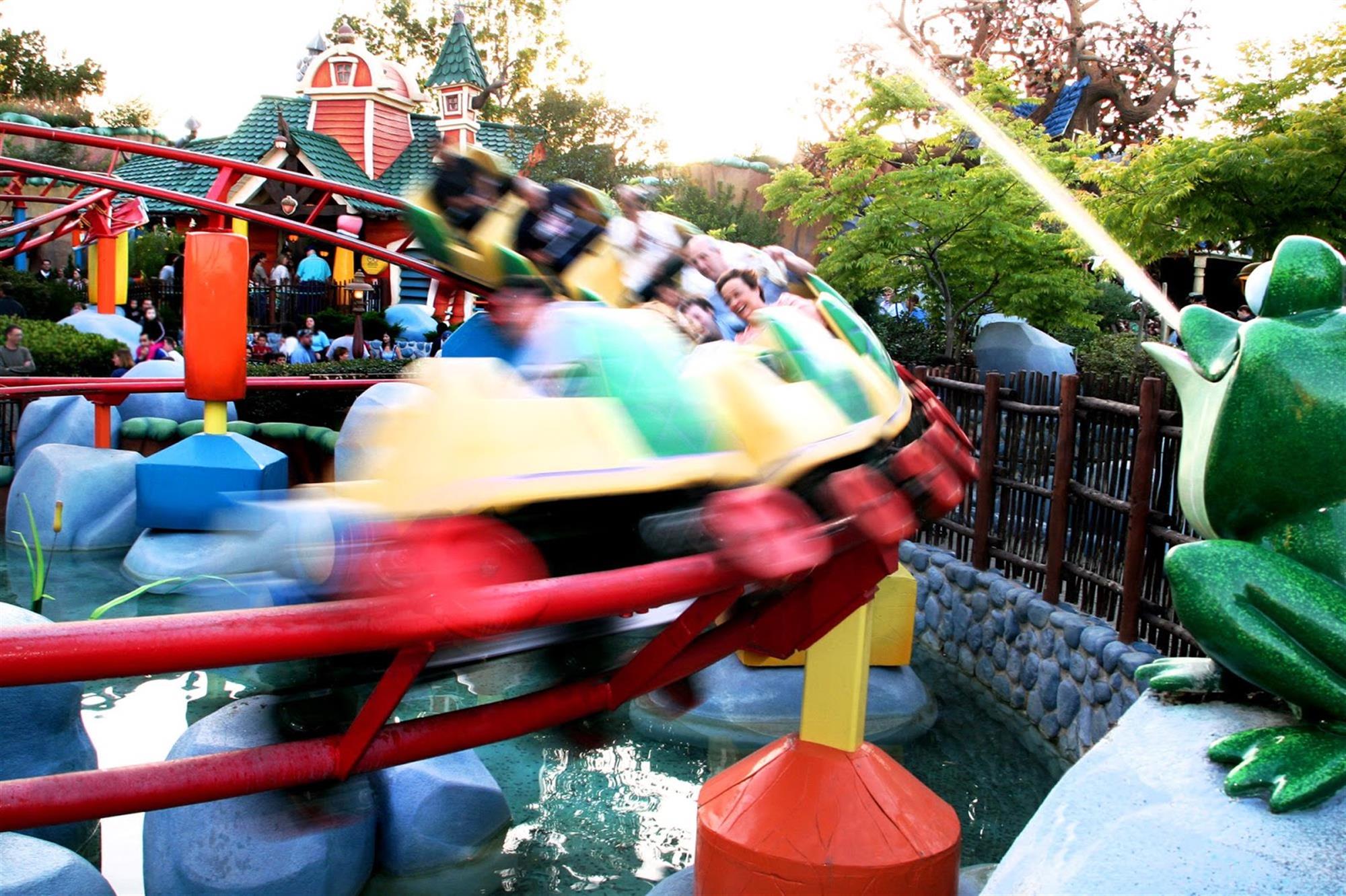 While I may have been a wee lad during the 1990s, one aspect that of Disneyland that I did get to experience during the decade was Gadget’s Go Coaster, based on the Chip ‘n Dale Rescue Rangers from the late 1980s, with it gaining a nice following as reruns continued to air on Disney Channel. Rescue Rangers was a part of the Disney Afternoon block of shows on Disney Channel that got their own celebration in the form of Disney Afternoon Avenue in 1991. While the Avenue was short-lived, Gadget’s Go Coaster arrived a few years later along with the rest of Mickey’s Toontown. While I never watched much Disney Afternoon as a kid, I did love Gadget’s Go Coaster, and it holds a special place in my heart as my first ever roller coaster. Going on it always brings me back to my childhood and to the wonderful decade of the 90s.

For me the most memorable 90s experience would be a combination of dinner at Prime Time 50’s Cafe followed by a refusal to ride Tower of Terror. I was 10 at the time and easily met the requirements to ride, but thought that free falling was well, terrifying. My dad said I could ride or pay for dinner and I quickly said I’d fork over the cash. But since that answer is a little too specific, I guess I’ll go with the Indiana Jones Stunt Spectacular. I mean, that’s about as 90s as it gets at Disney’s Hollywood Studios. The show opened in mid-1989 and is still running today. It features all practical effects and the set is designed for a 1936 story, so everything definitely has a retro vibe. Plus, the open auditorium bleacher seating practically screams, hey! remember this decade? Oh, and by the way, I didn’t have to ride Tower or pay for dinner…at least not that trip.

Roger Rabbit is a Disney character that was huge at the parks for a short time but has mostly disappeared since. Our long-eared friend was front and center when Mickey’s Toontown opened at Disneyland in 1993 but, these days, he easily falls into the classification of a “rare” character. Nevertheless, Roger still has his own attraction at Disneyland and Tokyo Disneyland, Roger Rabbit’s Car Toon Spin. It’s zany, fun, and was one of the first queues I remember being really impressed by as a kid. We may never get a Who Framed Roger Rabbit sequel but at least we have this.

Be sure to join us next week for Laughing Place staff picks on another Disney Parks topic!