UPDATED WITH NEW IMAGES ON MONDAY, 3/11:

As of this morning, Captain Marvel has moved into her now-completed photo op location at S.H.I.E.L.D. Hangar 12. See the photo gallery below: Carol Danvers is having a big week. The Marvel Comics character, played by Brie Larson in the already-hit new Marvel Studios movie Captain Marvel, which opened this weekend, also made her debut as a meet-and-greet face character at Disneyland Resort in the Disney California Adventure theme park.

Captain Marvel meet with a long line of enthusiastic guests outside Stage 12 (which is still being converted into a more permanent meet-and-greet location called S.H.I.E.L.D. Hangar 12, complete with a U.S. Air Force fighter jet) in the Hollywood Land area of the park. Many of the excited fans were appropriately dressed in Captain Marvel apparel, while at least one chose to represent a different strong female character from the comic book movie genre.

While Friday was the first day for Captain Marvel at Disney California Adventure, other Marvel superheroes such as Spider-Man and Captain America have been interacting with guests there for some time. Additional characters like Black Widow, Doctor Strange, and Black Panther have rotated in and out depending on the season. Plus, Guardians of the Galaxy favorites like Star-Lord, Gamora, and especially Groot have been delighting fans near the Mission: BREAKOUT! attraction since its opening nearly two years ago.

Of course we can’t forget the fact that the Disney-owned Marvel superhero universe will be getting its own new dedicated area at DCA sometime next year, in the space formerly occupied by A Bug’s Land. The upcoming land does not yet have an officially announced name, but more information on that project is expected to be revealed at this summer’s D23 Expo 2019 at the Anaheim Convention Center. 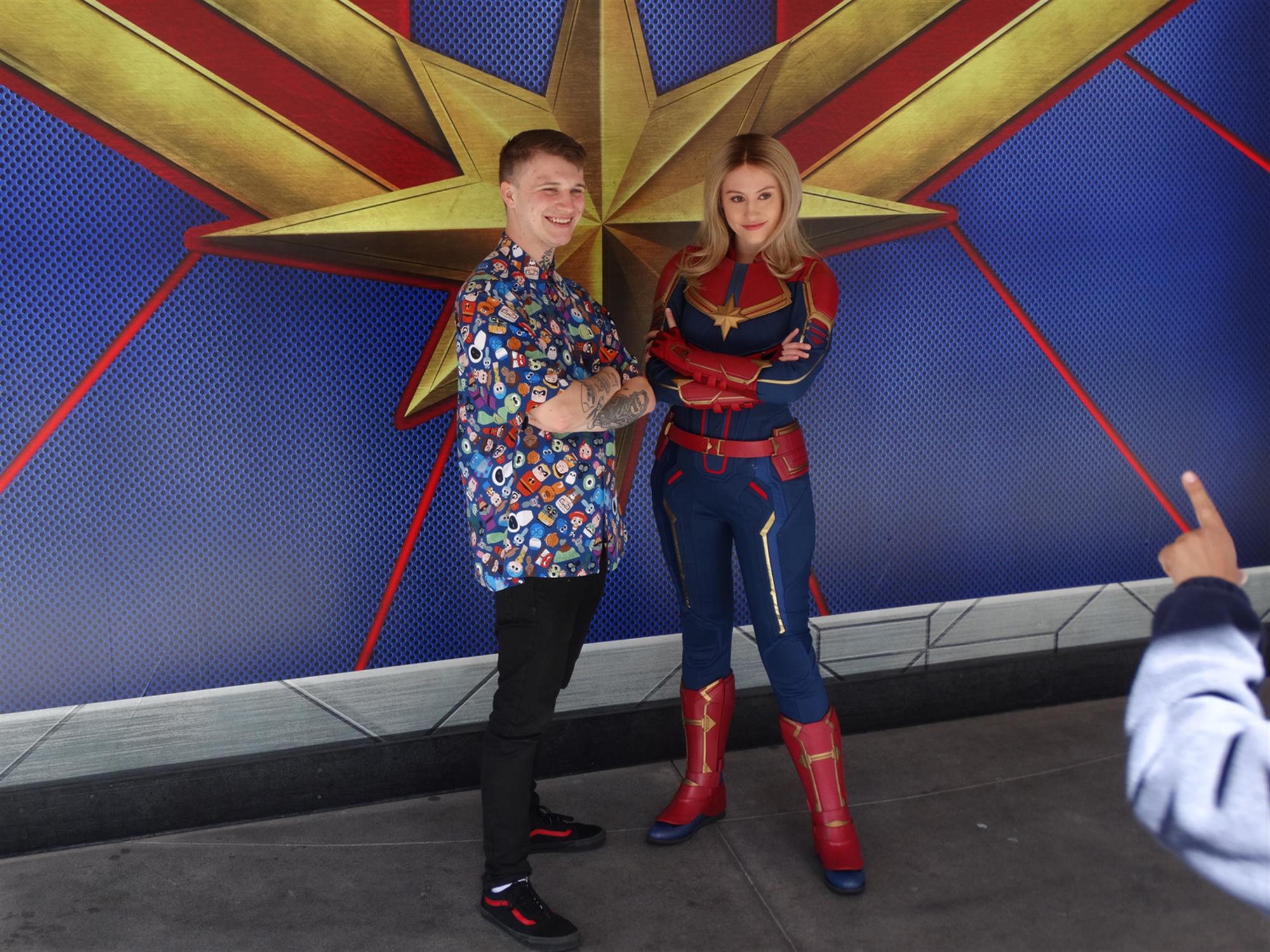 Captain Marvel is now meeting with guests daily at Disney California Adventure in Anaheim, California. For more information and for advance ticketing resources, be sure to visit the official Disneyland Resort website.