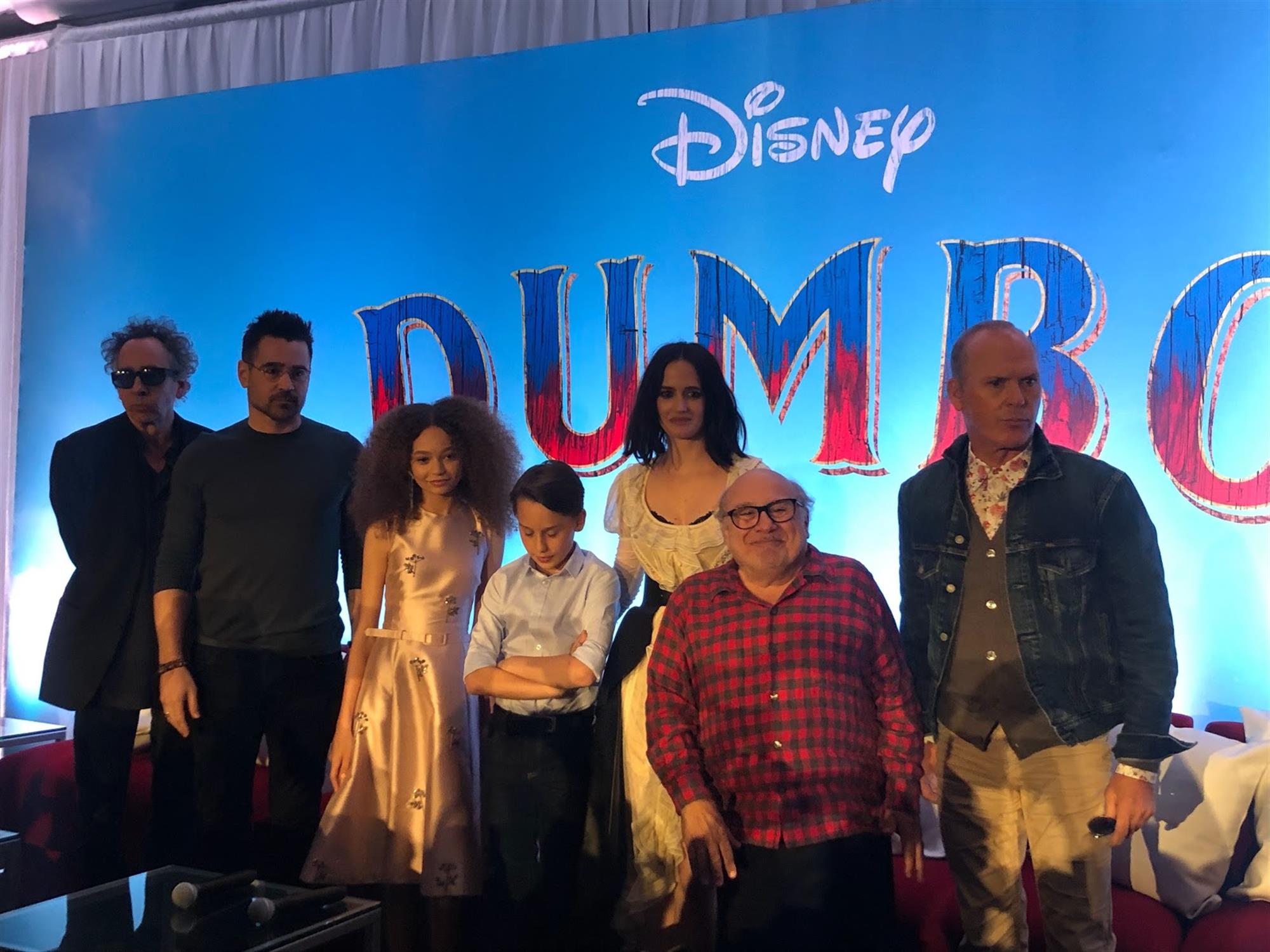 It’s that time of year again. Well, it’s the time that comes along several times a year nowadays: time to revisit another Disney animated classic via a live-action retelling using modern filmmaking techniques and contemporary Hollywood stars. Disney celebrated the upcoming release of its Dumbo reimagining this past weekend with a press junket in Southern California, featuring the cast and creative team of the high-profile new movie.

“It’s funny, I’ve made circus movies, but I never liked the circus,” began Burton when asked about his relationship with the circus growing up. “I like the idea of it… the concept when you’re a child of running away to [join] the circus. That’s a phrase that’s stuck with a lot of people, and I think the idea of, not the circus per se, but being with a bunch of other weird people from around the world that can’t get regular jobs.”

Discussing what it’s like to work with Tim Burton, Danny DeVito responded, “I think he’s brilliant. I think he’s just a genius, and his artistry is just astounding. You give a talented person like Tim a subject like Dumbo, with all the great meaning and messages and metaphors, and what does he do? He sends it off into the stratosphere. He’s one of a kind. He’s just amazing and we love him so much.”

The cast of #Dumbo and director #TimBurton have taken the stage for part 2 of the movie’s press conference. pic.twitter.com/EaXqEhrjYz

But why did Burton choose to remake Dumbo in the first place? “Well, I just like the idea of it. The idea of a flying elephant, a character that doesn’t quite fit into the world, and how something with a disadvantage makes it an advantage. It just felt very close to the way I felt about things. It’s a very pure, simple image, like all the great old Disney fables had that simple symbolism for real emotions.”

Asked about the development of his character’s look, Michael Keaton told the story of how V.A. Vandevere came by his wig. “I regret the wig, in a lot of ways, but it’s so great and weird and odd and off-putting. What happened was, I thought ‘Man, I really don’t like sitting in the makeup chair for very long,’ but once I showed up I said, ‘This is probably a dumb idea, but what do you think about a wig?’ and his eyes lit up.”

“It’s the most beautiful movie I’ve ever been in,” concluded Keaton in a more serious manner. “I’m just gonna say that. It’s unbelievably gorgeous, if you ask me.” Also on display at the Dumbo press junket were several of the film’s costumes, including those worn by Keaton, DeVito, Green, Farrell, and the two lead children.

Disney’s Dumbo will be released into theaters nationwide on Friday, March 29.