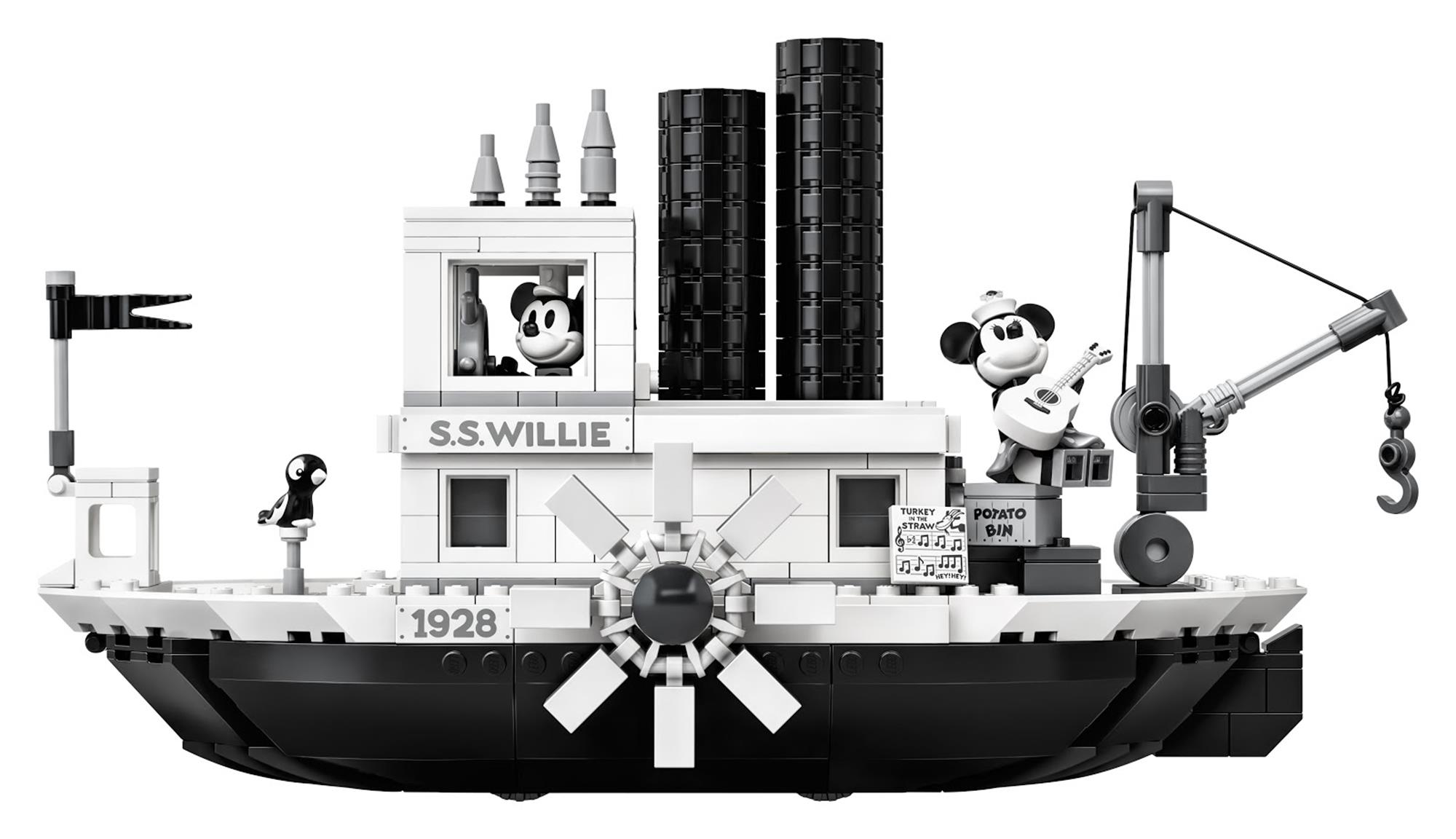 Hot dog! LEGO is celebrating Mickey and Minnie Mouse’s 90th birthday in style: with the release of the official Mickey Mouse Steamboat Willie building set this spring. The original set was a very popular winning submission at the LEGO Ideas crowd-source website, and has now been transformed by talented LEGO designers into an amazing-looking set that any Disney fan will be thrilled to own.

“Mickey Mouse made his screen debut in a 1928 black-and-white animated short film called ‘Steamboat Willie’, which was also the first Disney film to have synchronized sound. This LEGO brick version of the S.S. Willie features steam pipes that move up and down and paddle wheels that rotate when the boat is pushed along. The boat’s bridge has room for a minifigure and play-inspiring nautical details such as the ship’s wheel, life buoy and buildable bell.”

LEGO Ideas set number 21317 “Mickey Mouse Steamboat Willie” includes 751 pieces (not to mention the amazing new-for-April-2019 Mickey Mouse and Minnie Mouse minifigures, each with special silver-colored decoration, plus a parrot figure) and will retail for $89.99 in the United States.

Accessory and specialty elements include Minnie Mouse’s guitar and music sheet, the ‘S.S. Willie’ boat name sign, ‘1928’ year sign and a potato bin. LEGO has really gone all-out in ensuring that this set appeals to even the most devoted and attention-to-detail-loving Disney aficionado. 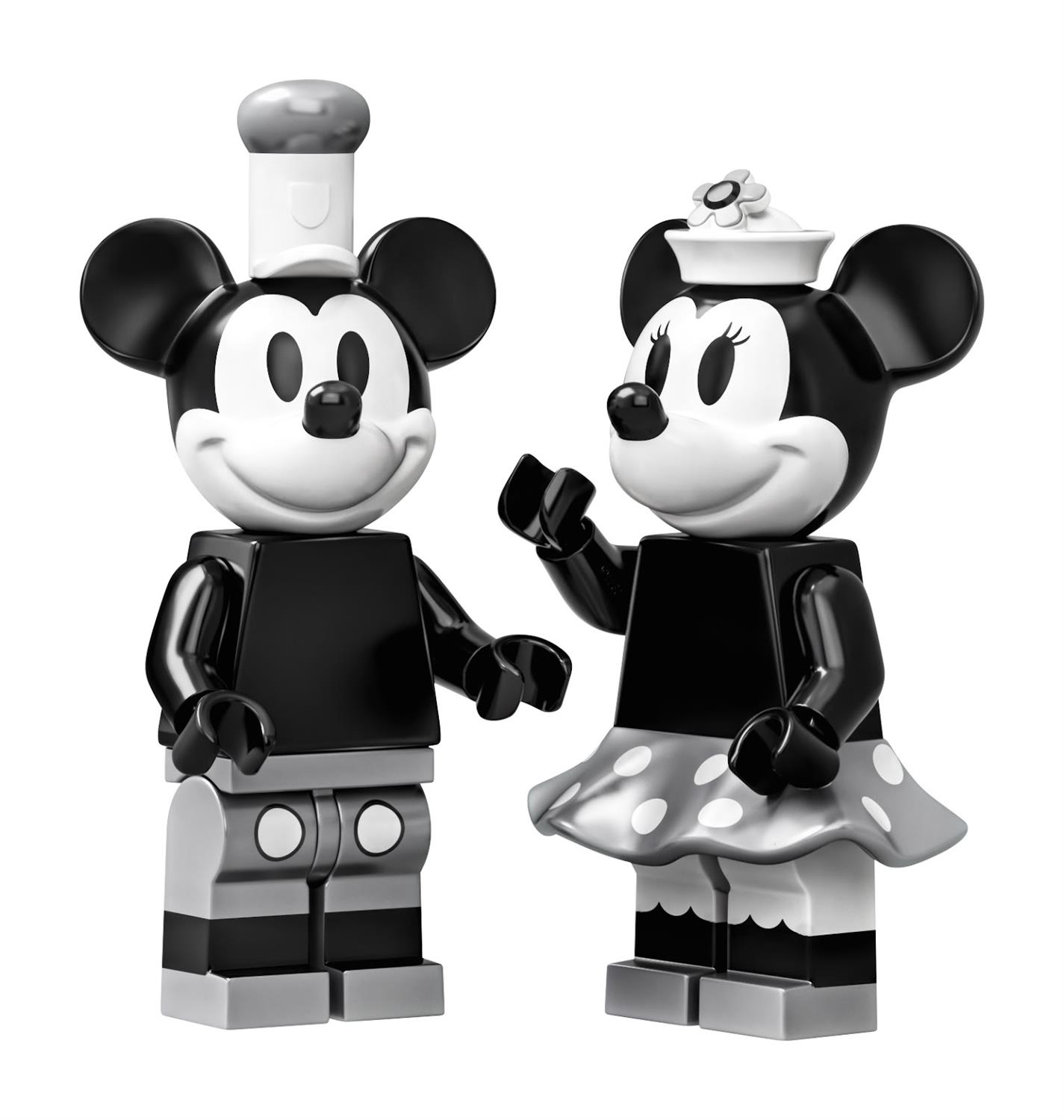