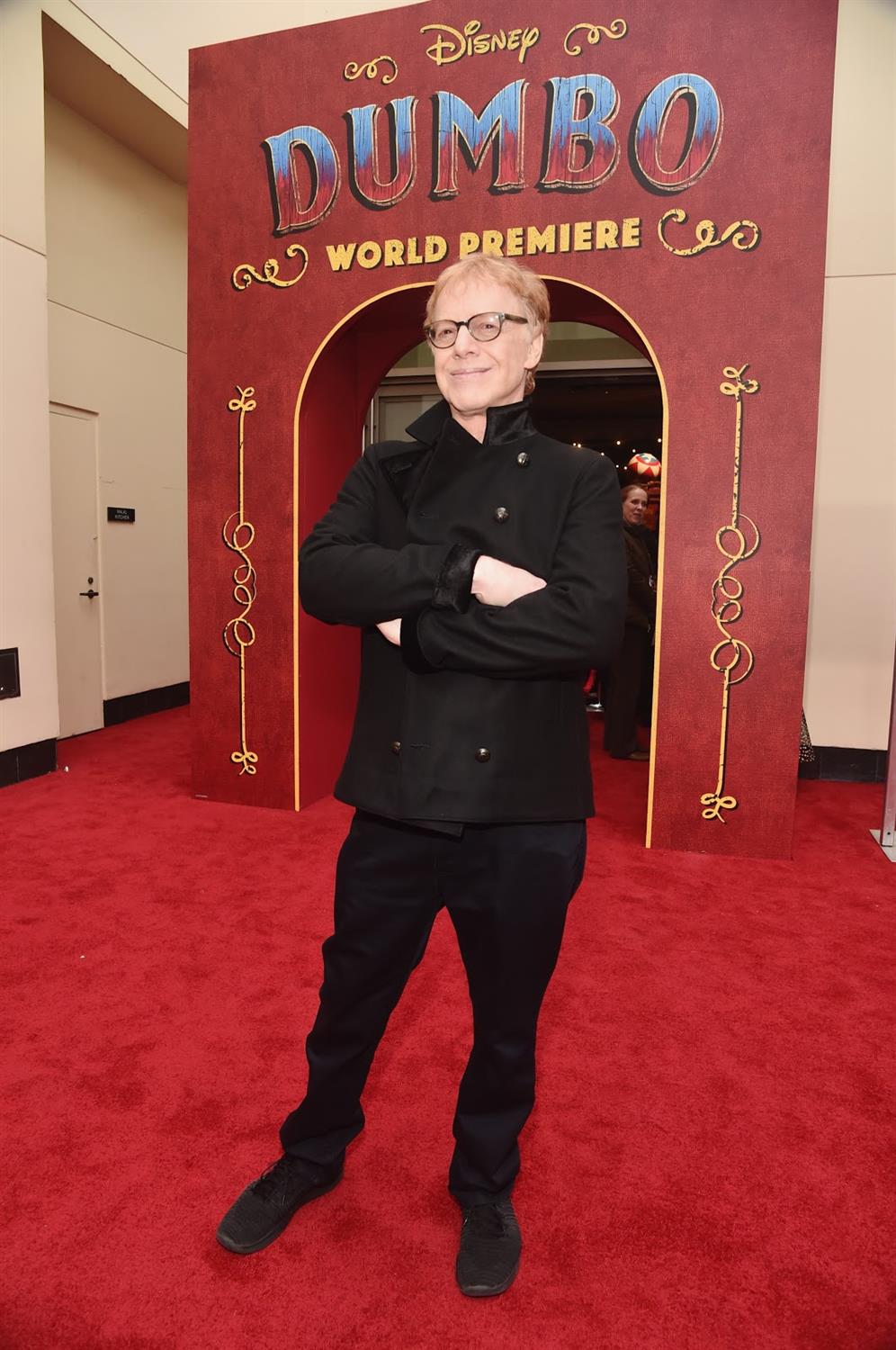 Legendary musician Danny Elfman got his start as the frontman for the 1970s/80s cult new-wave band Oingo Bongo, but in recent decades he has become far better known and acclaimed for his work composing memorable orchestral scores for movies like Men in Black and iconic themes for television series such as The Simpsons.

But perhaps most famously, Elfman is a frequent collaborator with director Tim Burton, having worked with the filmmaker more than fifteen times on theatrical features (beginning with 1985’s fantastic Pee-Wee’s Big Adventure) and provided all the original songs– plus Jack Skellington’s singing voice– in the Burton-created-and-produced The Nightmare Before Christmas for Disney. 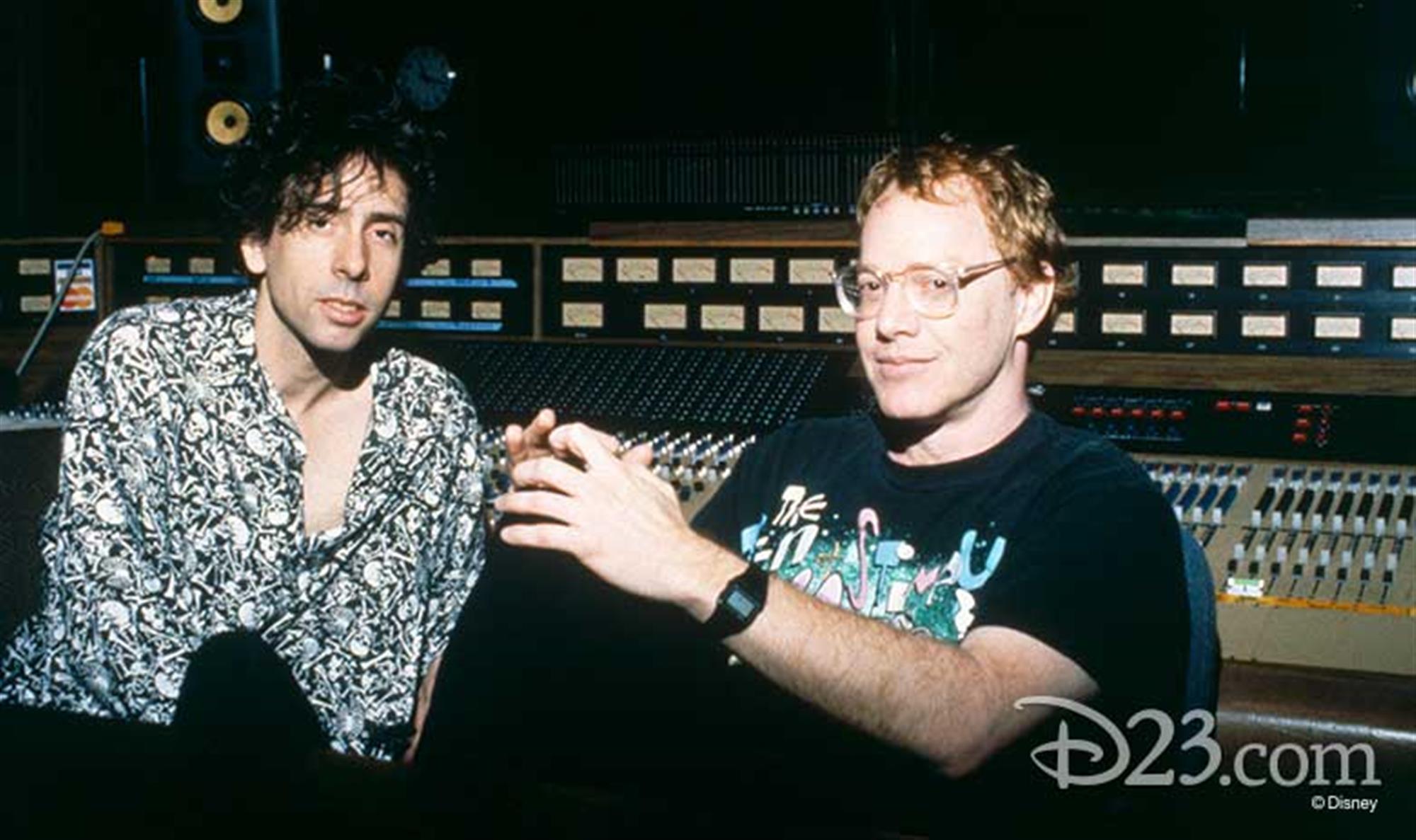 Now Danny Elfman, Tim Burton, and Disney have joined forces once again to bring audiences Dumbo, a retelling of (and pseudo-sequel to) Walt Disney’s 1941 animated classic. At a recent press conference in Southern California promoting the film, Elfman discussed his creative process while working alongside Burton: “You know, it’s funny, I still never know what to expect from Tim at all. People think, ‘Oh, you must have a shorthand, where it’s just real simple.’ And I go, ‘No, actually, working with Tim is a lot less simple than a lot of other directors.’”

“His mind is strange and interesting,” Elfman continued. “I learned many years ago never to take for granted what I think he’s going to want. It’s always a kind of roundabout process. When we start the film, he’ll say very little about the music. We have a thing called the spotting session, where we go through the whole film, top to bottom, and break it down into all the musical parts, and give them all a name and number. And if the movie is an hour and 45 minutes long, the spotting session will be two hours and 15 minutes. Real quick. He doesn’t want to talk about it.” 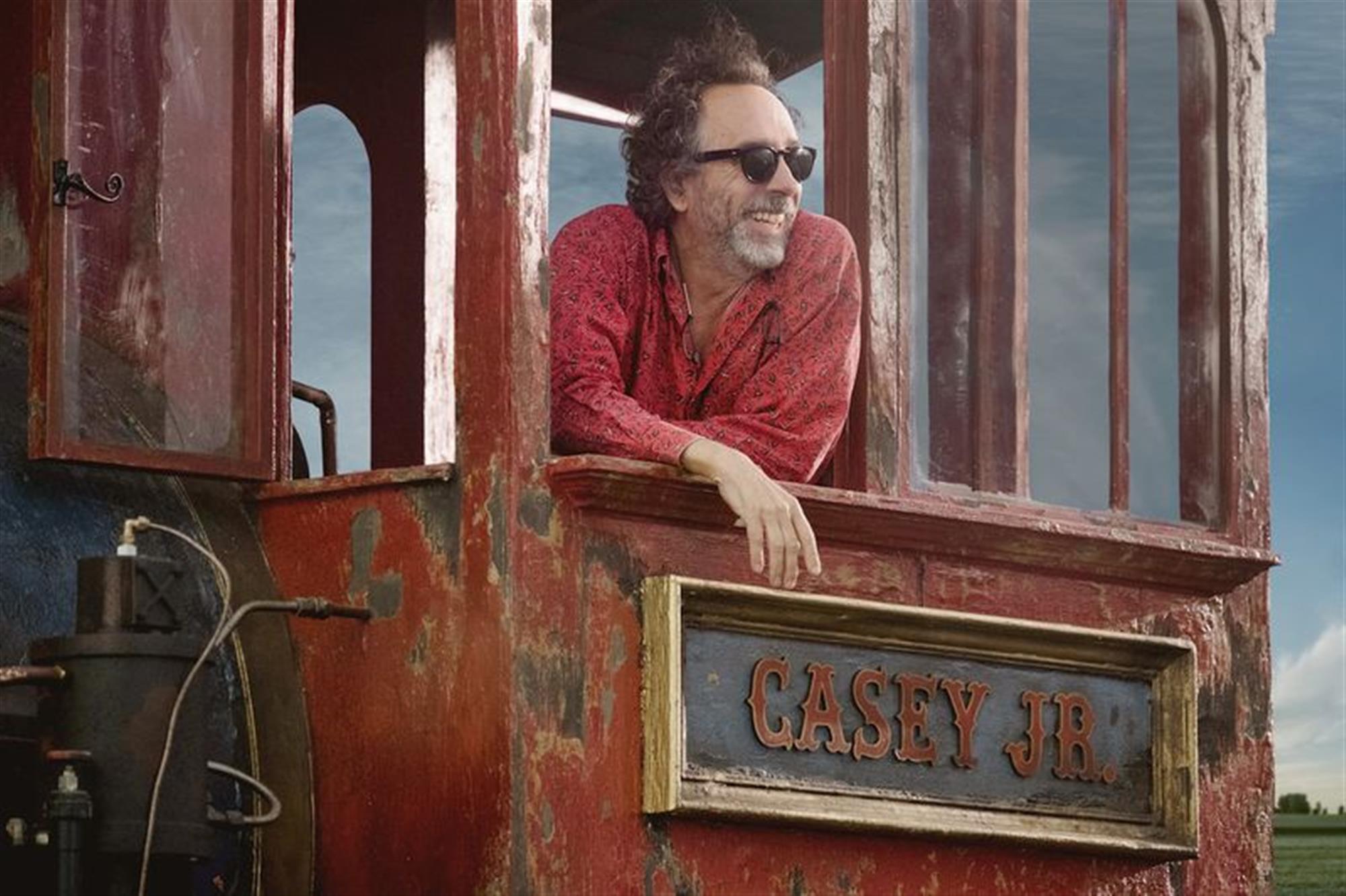 “When there’s music to hear, then he’ll talk. This is something we’ve learned together. Talking about it beforehand doesn’t actually get us anywhere, really. He’ll respond to what he hears. I’ll [create] a lot of ideas and I’ll get the sense of, ‘Oh, this one is the one you’re responding to.’”

“When I got the call about the movie, it was way in advance. It was almost a year from when I was going to start. I went back to work on whatever movie I was working on, but I had a little theme in my head. I didn’t know a lot about [the original] Dumbo. I didn’t see it as a kid, [but] I remembered that a baby elephant loses his mom. ‘Oh yeah, that’s gonna be bittersweet.’ So I had a little musical idea before I started. I went and I played it, finished it, put it away. And I’ve never done that before with Tim. A year later, we came back and I said, ‘What was that thing that I did?’ And it’s Dumbo’s theme right now. So it was kind of a unique moment that I hadn’t experienced.”

“It’s always going to be a real interesting process, musically, getting to wherever we’re gonna get. I just never know where that’s gonna be. Usually it’s something we have to find in the process. I think it’s a good way to work, actually, because when directors say what kind of music they really want, it usually ends up being not at all what I’m imagining. It’s better just to talk about, ‘How do you feel about the movie? Okay, start there and see where we go.’ It’s all a mystery.”

“It’s just more challenging with Tim. Most of my favorite scores that I’ve written, and I’ve done over a hundred films, most of my favorites will have been Tim’s movies. But I won’t say that many of those weren’t without great challenges– finding where that [score] was can be really challenging with Tim. But I don’t care. If I like the result, whether it was a slam-dunk easy thing or really took a long process to find becomes irrelevant. It’s only the end product that matters, really. It’s all you remember later, anyhow.” 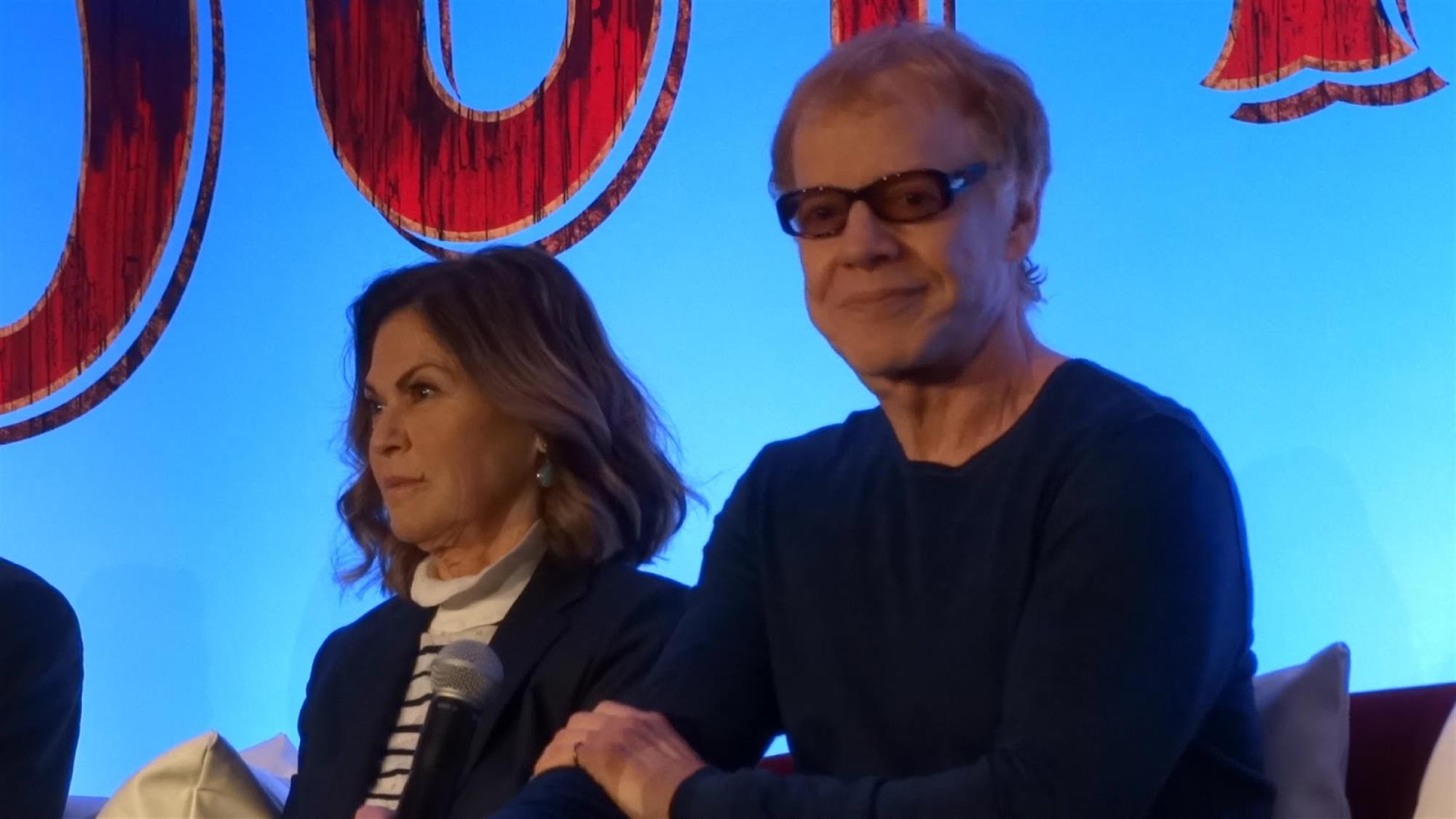 When asked about coming up with Dumbo’s more triumphant theme for the scene in which the elephant finally takes flight, Danny Elfman compared it to the sadder version he had first written. “When I wrote Dumbo’s theme, I wrote it as a bittersweet thing, because that’s always what makes me excited. The sadder it is writing it, the happier I get as a composer, but I do try to put my themes through a bit of an acid test.”

“The word Tim used the most [when describing what he wanted for] the score was ‘soaring,’ He really wants to make sure that Dumbo soars. And [I’d reply], ‘But don’t we want Dumbo to be heartbroken?’ [and he’d say] ‘Well yeah, but you’ve got that. [laughs] I really want to make sure he soars.’ Tim and I will be like that. There will be one element of the [film] that he’s really focused on, and the rest of it will be like, ‘Yeah, that’s fine. You’re doing fine. The sad stuff’s all fine.’”

“For me, the fun part is, not having seen it as a kid, I didn’t have a lot of attachment [to it]. When I got the call about doing it I watched it. It’s the first time I’d ever seen it from beginning to end. What was crazy was, ‘Pink Elephants On Parade,’ I know that really well! I don’t know how I knew it, but I knew it. ‘Casey Jr.’ Oh, of course I know that! There were all these elements [of the original songs] I was hoping we could wrap in, but the thing that excited me the most was that there was gonna be some heartbreak in there, and that’s really where I get my jollies.” Disney’s Dumbo will be released into theaters nationwide on Friday, March 29.