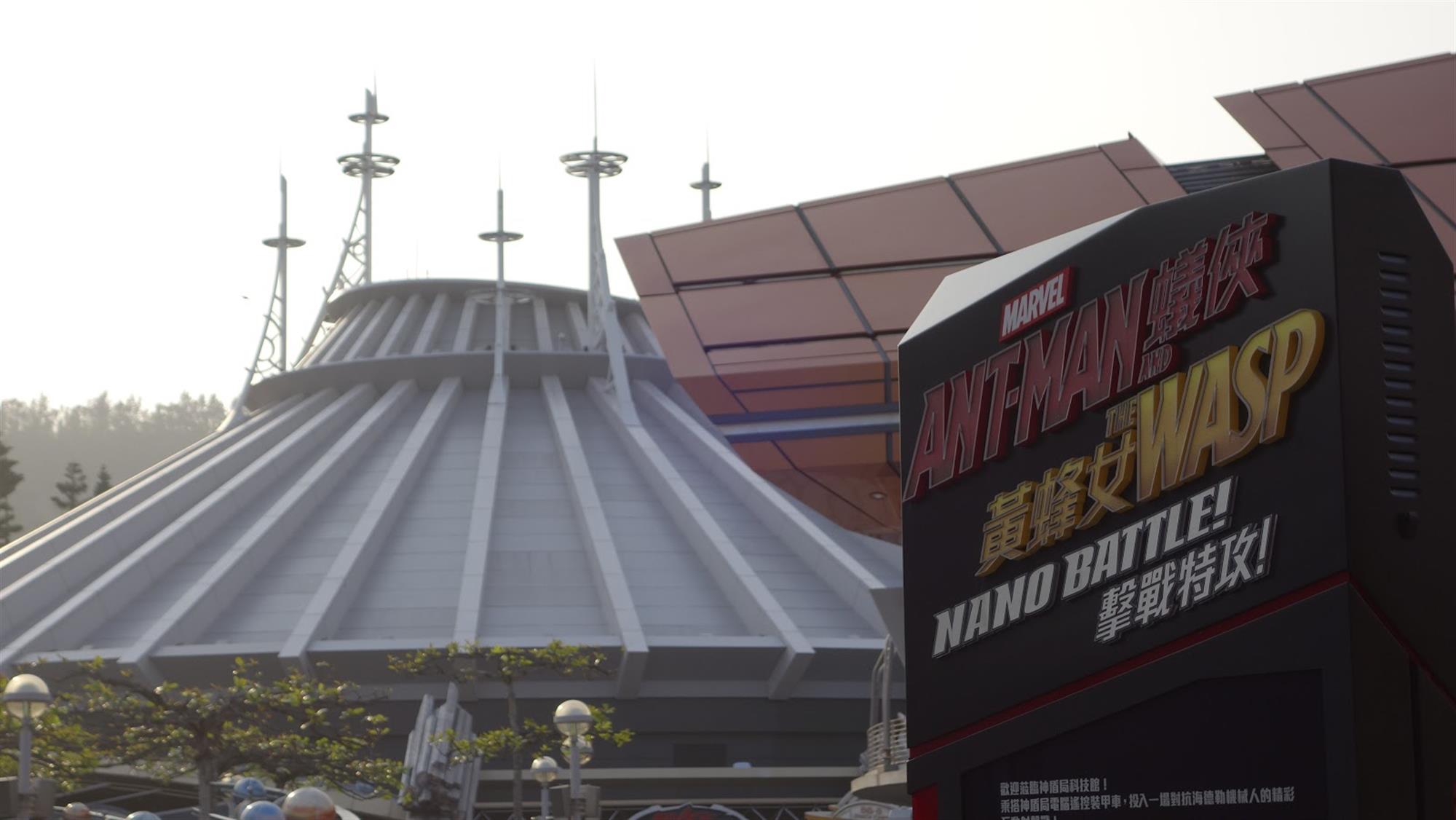 There are a few things that both Iron Man Experience and Ant-Man and the Wasp: Nano Battle! have in common. For one, their storylines tie together, with Stark appearing in the ride’s pre-show and beyond — although one notable difference between the two rides is that, while stars Paul Rudd and Evangeline Lilly reprise their roles as Ant-Man and the Wasp respectively, Tony Stark is not voiced by Robert Downey Jr. in these attractions.. Another similarity is that both attractions, while exclusive to Hong Kong, can be easily compared to ride’s elsewhere in the world. While Iron Man Experience is a simulator very much in the vein of Star Tours, Nano Battle takes more than just a little inspiration from its predecessor, Buzz Lightyear Astro Blasters. Unfortunately these realities have held these two attractions back in the minds of some.

So just how similar is Nano Battle to Buzz? Well, the concept of shooting a laser blaster to score points and save the day is dead on. That said, the folks at S.H.I.E.L.D.’s tech division has given the attraction some major upgrades. Instead of the colorful, glossy blasters like found in Buzz, the EMP (Electromagnetic Pulse) Blasters feature a dark, boxier build with a glow of blue or red. The EMPs also come equipped with enhanced lasers, making it much easier to identify your beam from your fellow heroes’. As for the targets, they are now screen-based, making them brighter and more noticable. Thus, to add a bit of extra challenge, some of these targets will close for a few moments after they’re hit, forcing you to focus your firepower elsewhere.

Another major change from the Astro Blasters is that, in Nano Battle, guests are no longer in control of which way their vehicle turns. On the one hand, this takes away the need to sacrifice shooting time for spinning. On the other hand, those aiming for a specific target or area may find themselves frustrated when the vehicle takes over and steers you away.

To the attraction's credit, I was able to forget that Nano Battle was a reskin of Buzz Lightyear for about the first two-thirds of the ride. However, after passing through a tunnel and arriving at the finale battle, I was instantly reminded that this was, at its core, an overlay. While this isn’t a deal breaker, this realization was a bit distracting and took me out of the game for just a minute.

Overall, I have to say that I enjoyed Ant-Man and the Wasp: Nano Battle! for what it is. With the possible exception of the spin control removal, the upgrades made from its Astro Blaster days all look great and make for a fun experience. My only other critique is that, while the screens and actors are also integrated well, one could only wish that an Audio-Animatronic or two had found its way into the new iteration of the ride. 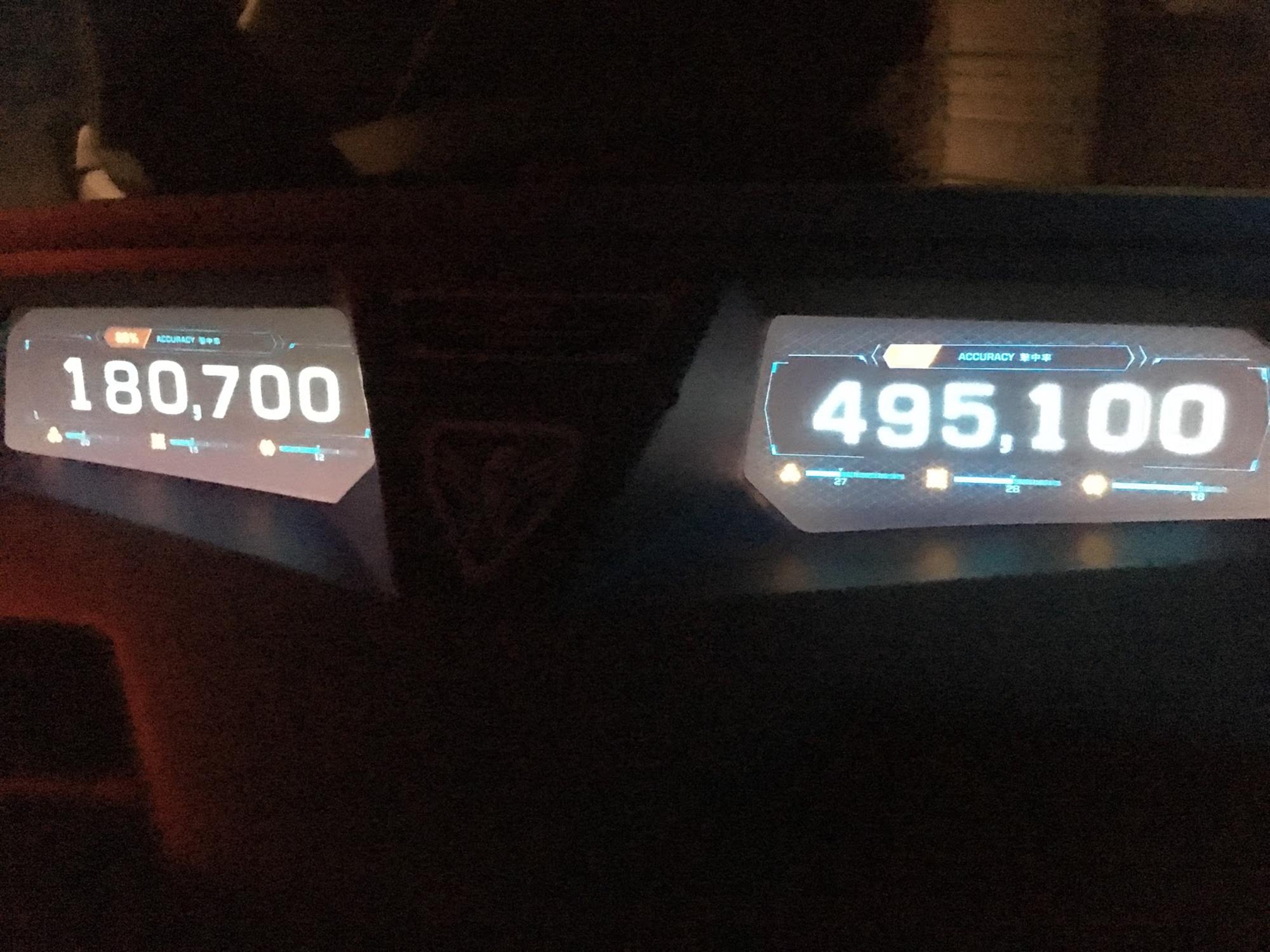 Sure, Nano Battle may not be the greatest attraction Disney has ever built nor truly show all the promise that Marvel’s IP show for the parks, but it's nice to see Hong Kong Disneyland as well as Ant-Man and the Wasp getting some love. If you’re never been to the park, Ant-Man and the Wasp: Nano Battle! may not be worth the price of your plane ticket by itself, but is just one more reason why the resort — and the city it calls home — are worth a visit. (P.S. — Hong Kong Disneyland has a few other expansions on its slate, which you can keep tabs on via our Project Tracker.)