This weekend, Hong Kong Disneyland is celebrating the arrival of their newest attraction, Ant-Man and the Wasp: Nano Battle! The ride marks the second in the park’s growing Marvel line-up, joining Iron Man Experience. Speaking of Iron Man, the character happens to appear to in the new attraction’s pre-show as Nano Battle ties into the Star Expo storyline established for the area and features another aspect of the Hydra attack being launched on Hong Kong during the Expo. While Nano Battle won’t officially open to the public until March 31st, the park celebrated the grand opening on March 28th with a special ceremony. Among those in attendance for the moment were Marvel Studios President Kevin Feige, Ant-Man and Ant-Man and the Wasp director Peyton Reed, Walt Disney Imagineering President Bob Weis, Marvel Entertainment CCO Joe Quesada, Managing Director of the Hong Kong Disneyland Resort Stephanie Young, actress Jessica Hsuan, and Ant-Man himself Paul Rudd. As for the Wasp, Evangeline Lilly was unable to attend as she was filming in Montreal, but did send along a video message sharing her excitement. 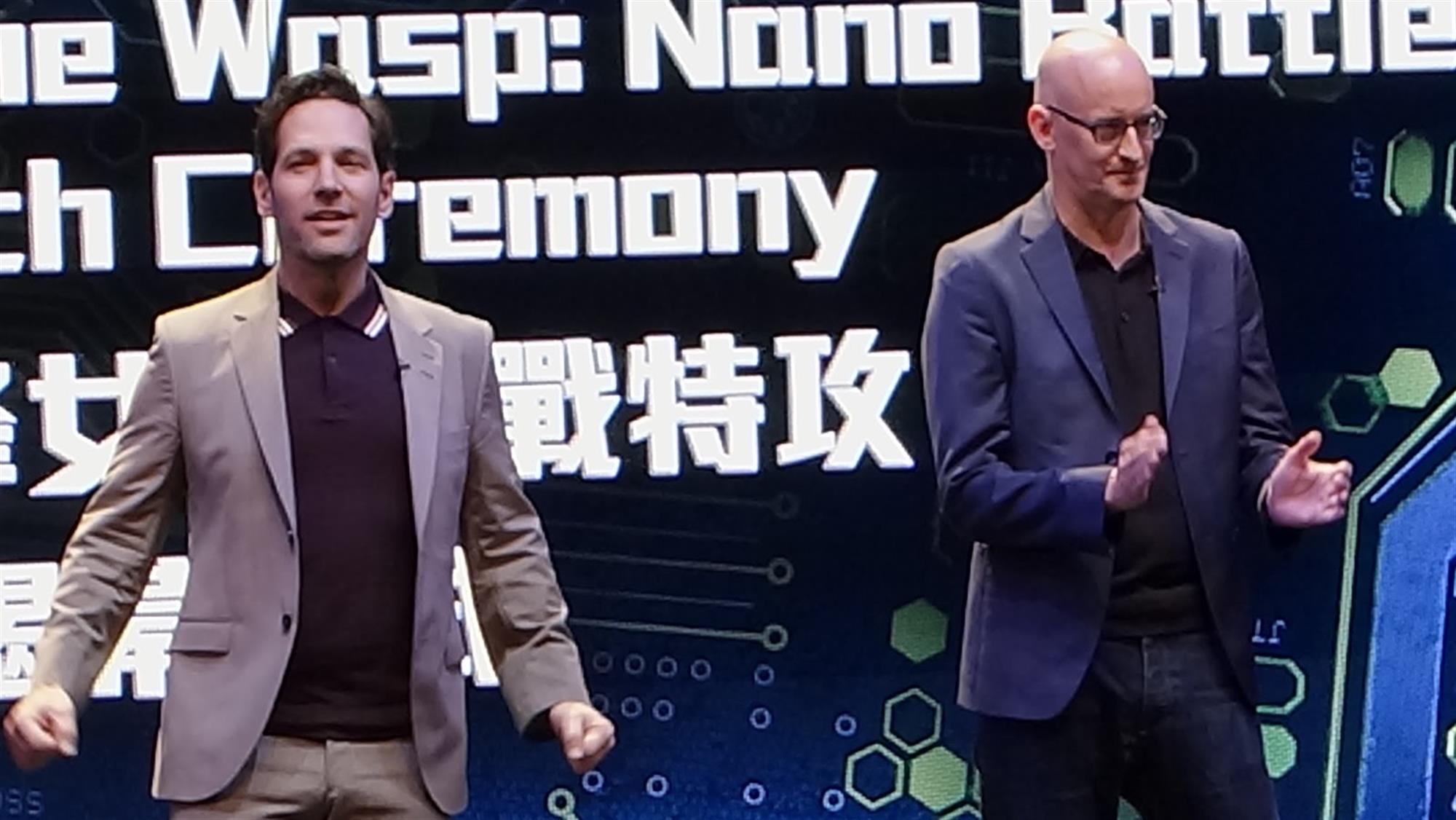 Sometime after the on-stage event, Rudd and Feige were spotted signing autographs and taking a handful of photos for fans gathered near the attraction. 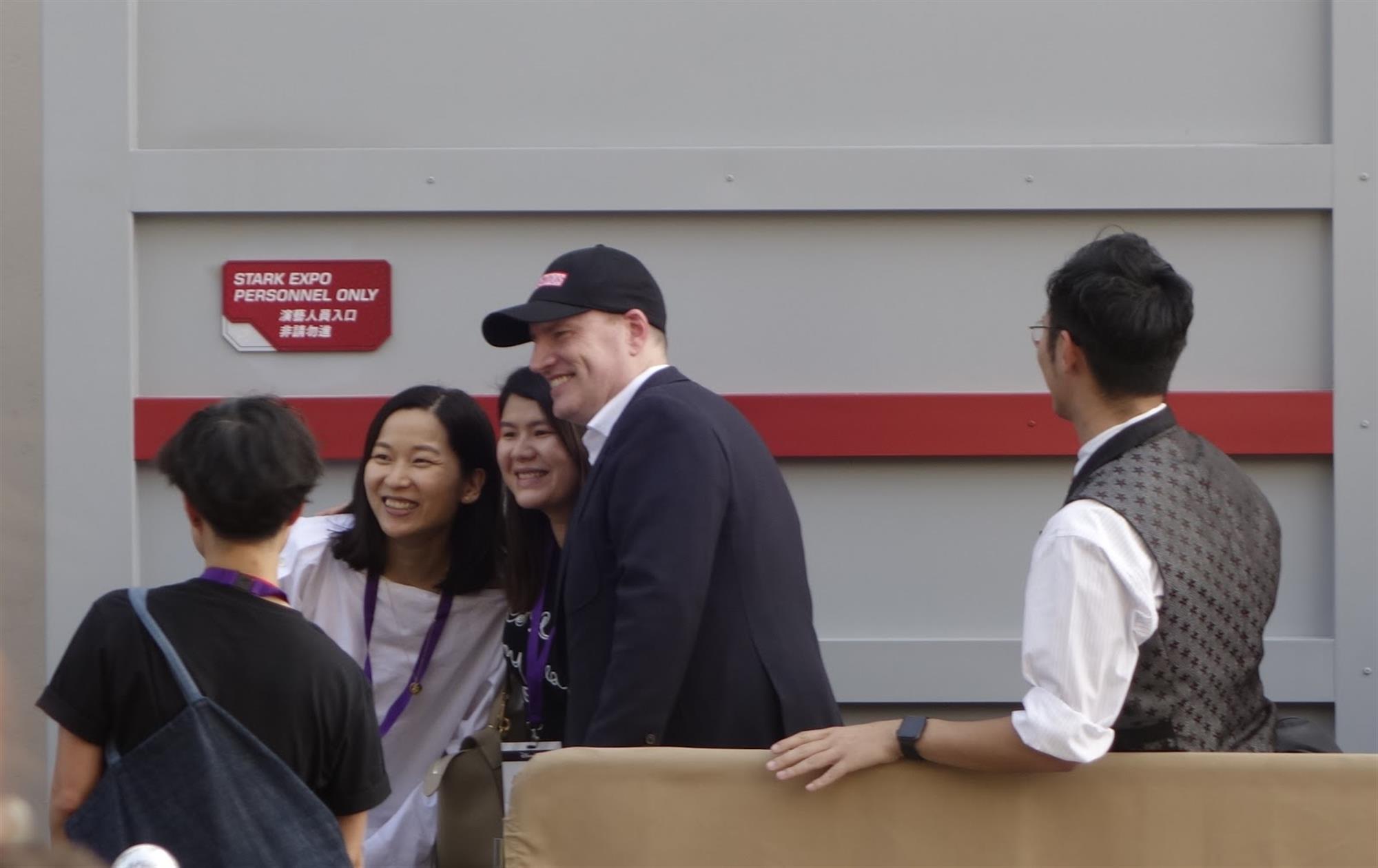 In conjunction with Ant-Man and Wasp’s arrival in Hong Kong, the park is rolling out a number of special themed food items. This includes a series of BATTLE Burgers that will debut over the coming months, starting with a now-available Ant-Man burger followed by a Wasp burger from July 1 through October 1 and then a Battleship burger from October 2 through January 2, 2020. Meanwhile hungry fans can also find the heroic duo on packaging for kids combos, beverages, buckets of chicken, and more. 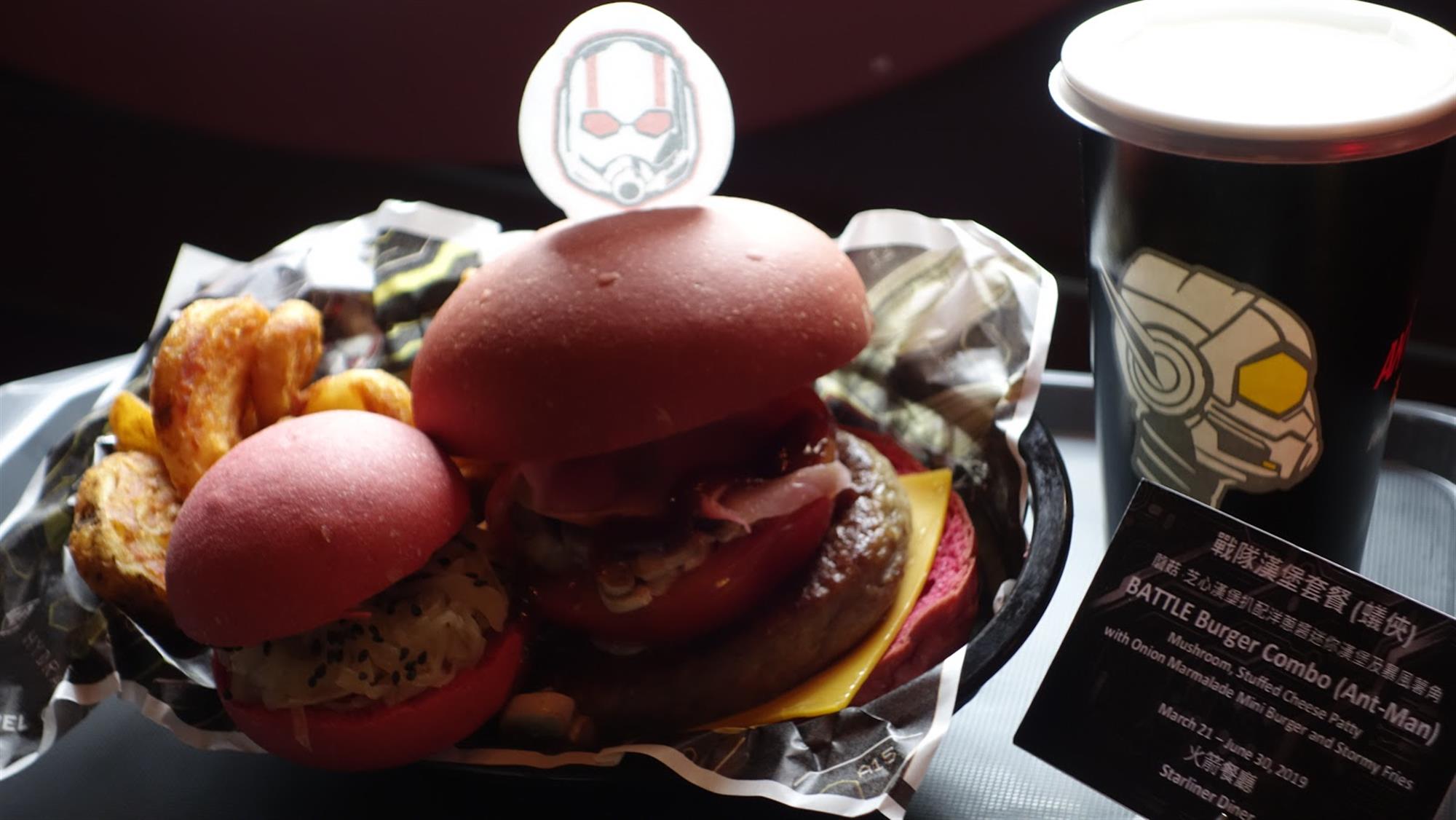 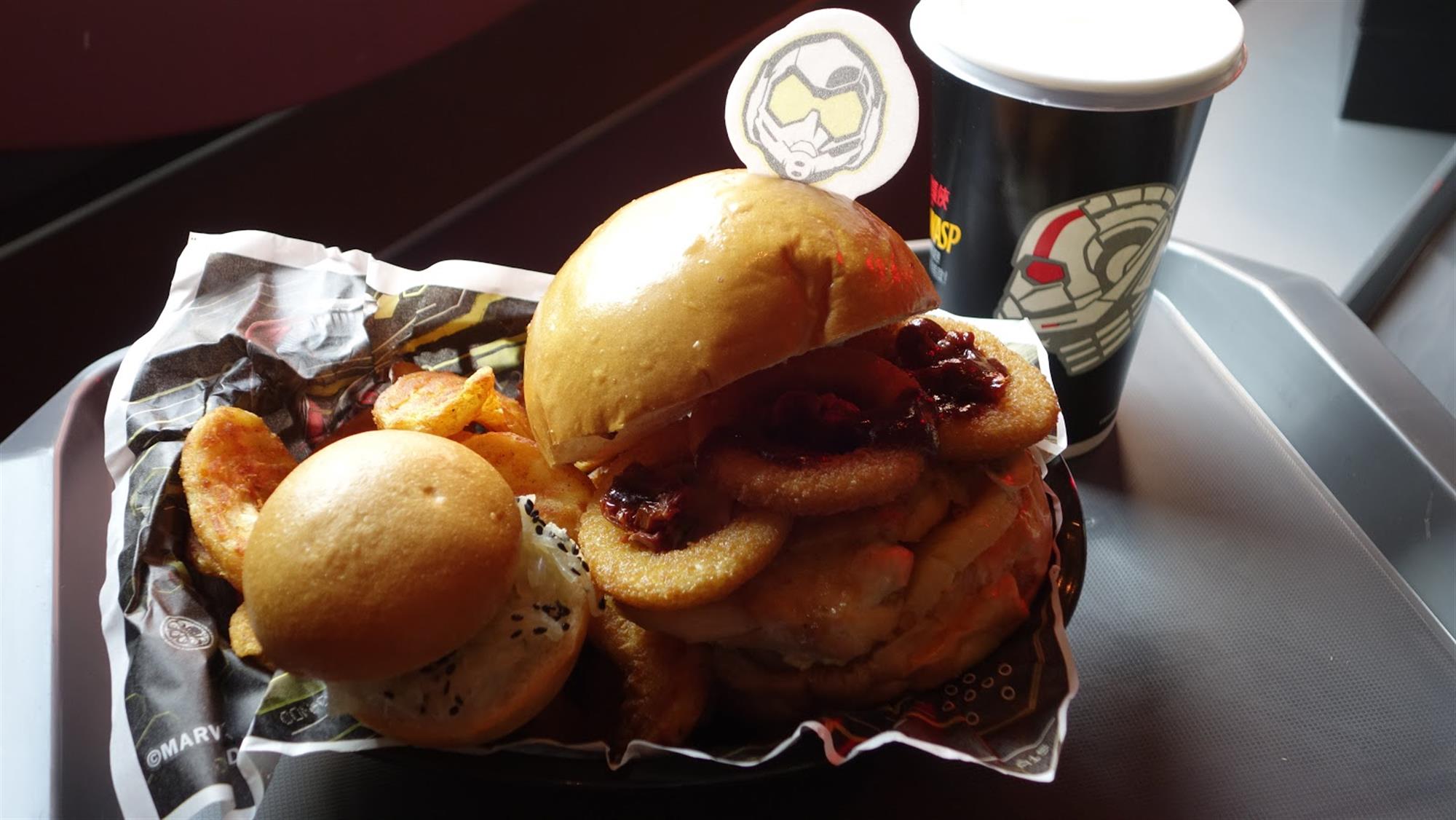 Naturally there is also plenty of Ant-Man, Wasp, and Marvel merchandise to be found at the new Pavilion Gifts location attached to Nano Battle’s exit. These attraction-specific items include pins, apparel, mugs, and more. Additionally the new location is introducing Build Your Own Gauntlets, allowing guests to select different heroic elements and put them together for a custom accessory. 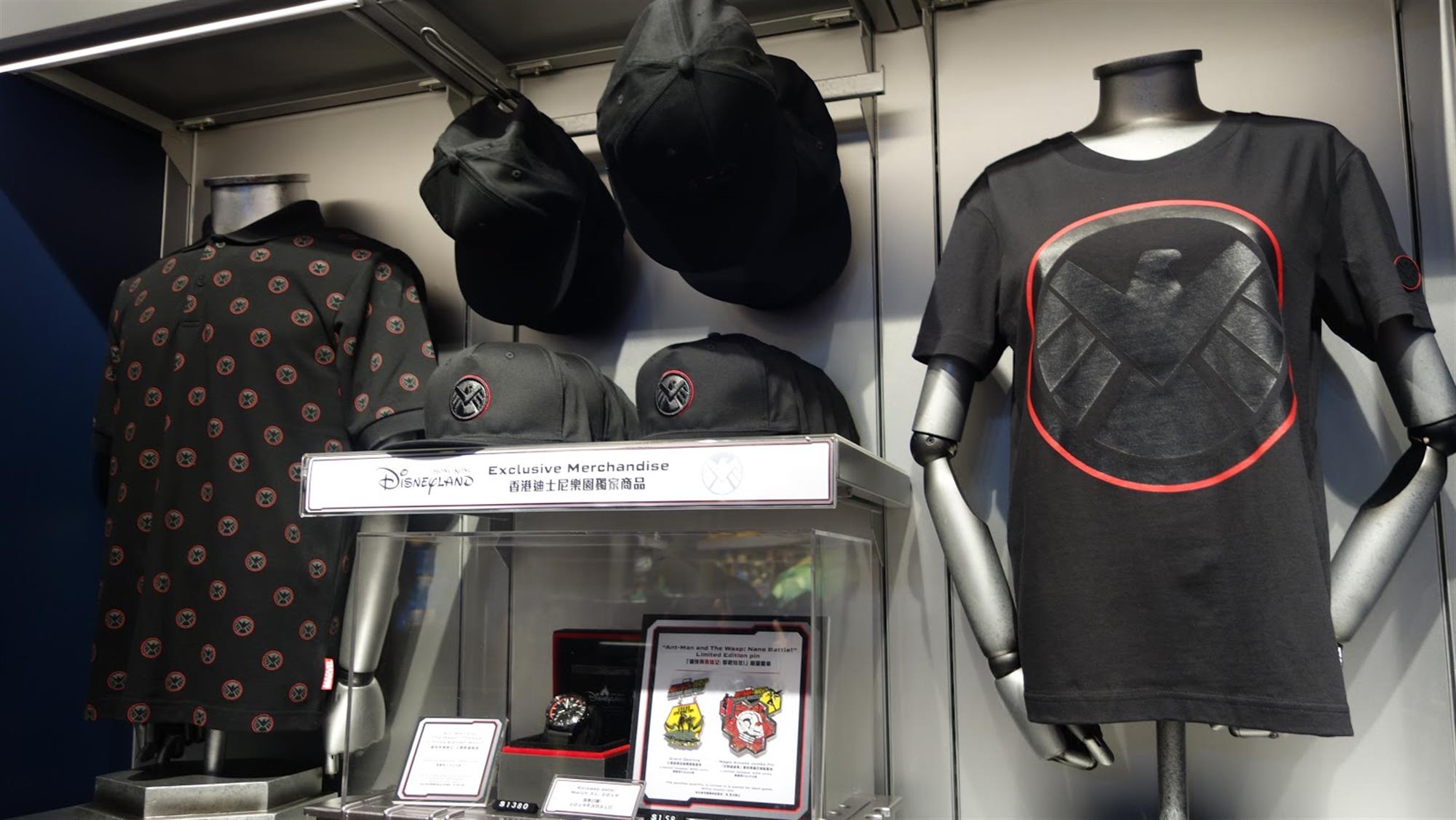 As exciting as Ant-Man and the Wasp: Nano Battle’s opening is, the ride is actually a just a small part (no pun intended) of what’s on deck for Hong Kong Disneyland. In addition to work being done to transform the park’s iconic castle and hub area, other expansions will bring Frozen and, yes, more Marvel to the park in the coming years.

So what about the attraction itself? We’ll actually be talking more about Ant-Man and the Wasp: Nano Battle! — including our review of the ride — this weekend. But, needless to say, there are plenty of Marvel Easter eggs and references to be found in the ride’s queue and beyond. If you’re dying to see the ride for yourself, perhaps this full ride through will help hold you over until your trip to Hong Kong.