Ever since Disney acquired Marvel, some have hoped (while others feared) that the comic book company turned movie studio’s franchises would soon be integrated into the theme parks. Disney also expressed an interest in bringing Marvel characters and experiences to their parks, but doing so isn’t as easy as it might seem. For one, thanks to a contract with Universal that predates the Disney buyout, it’s Universal’s Island of Adventure that currently holds the comic-themed attractions in Central Florida and not Disney’s Hollywood Studios as one might expect. This has left the East Coast more or less Marvel-free, save a couple of monorail wraps, movie previews, and a Strange little sidewalk show. And while Anaheim has seen an influx of heroes with the runDisney Marvel Super Heroes Half Marathon weekend, meet and greets with Captain America, Spider-Man, and previously Thor, a proper Marvel attraction won’t come to fruition until this summer’s Guardians of the Galaxy — Mission: BREAKOUT! takes over for the Tower of Terror. So that brings us to Hong Kong. This week the Iron Man Experience ride will officially open in Hong Kong Disneyland’s Tomorrowland. Themed to the Stark Expo, the attraction is just one of three additions to the area including a meet and greet with the Man himself and, of course, a Marvelous gift shop. Although the ride’s grand opening won’t be held until the 11th, various soft openings have been going on for a few weeks. Thankfully, I was able to take advantage of one such opening yesterday. A few different Iron Man suits on display in the queue 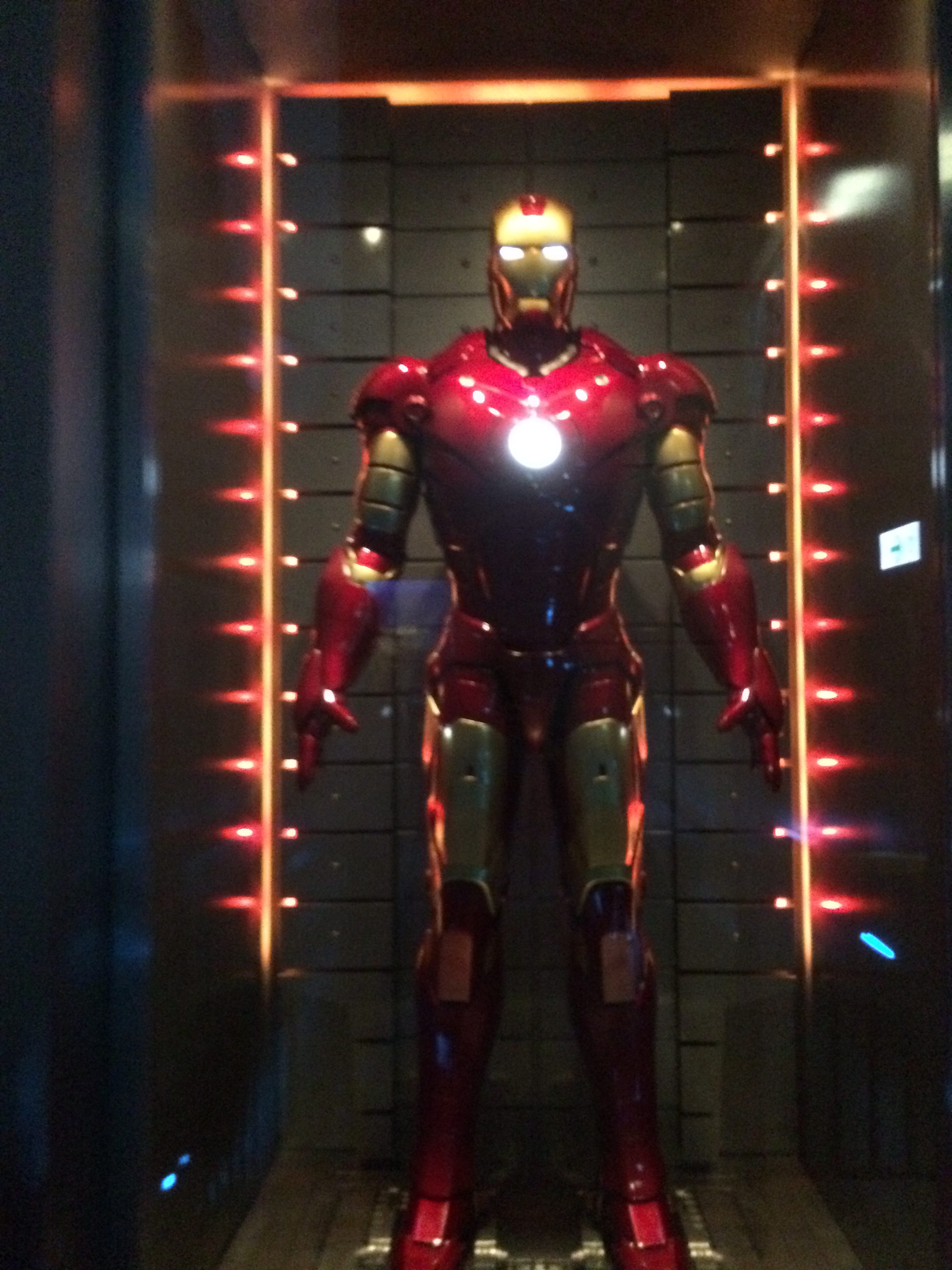 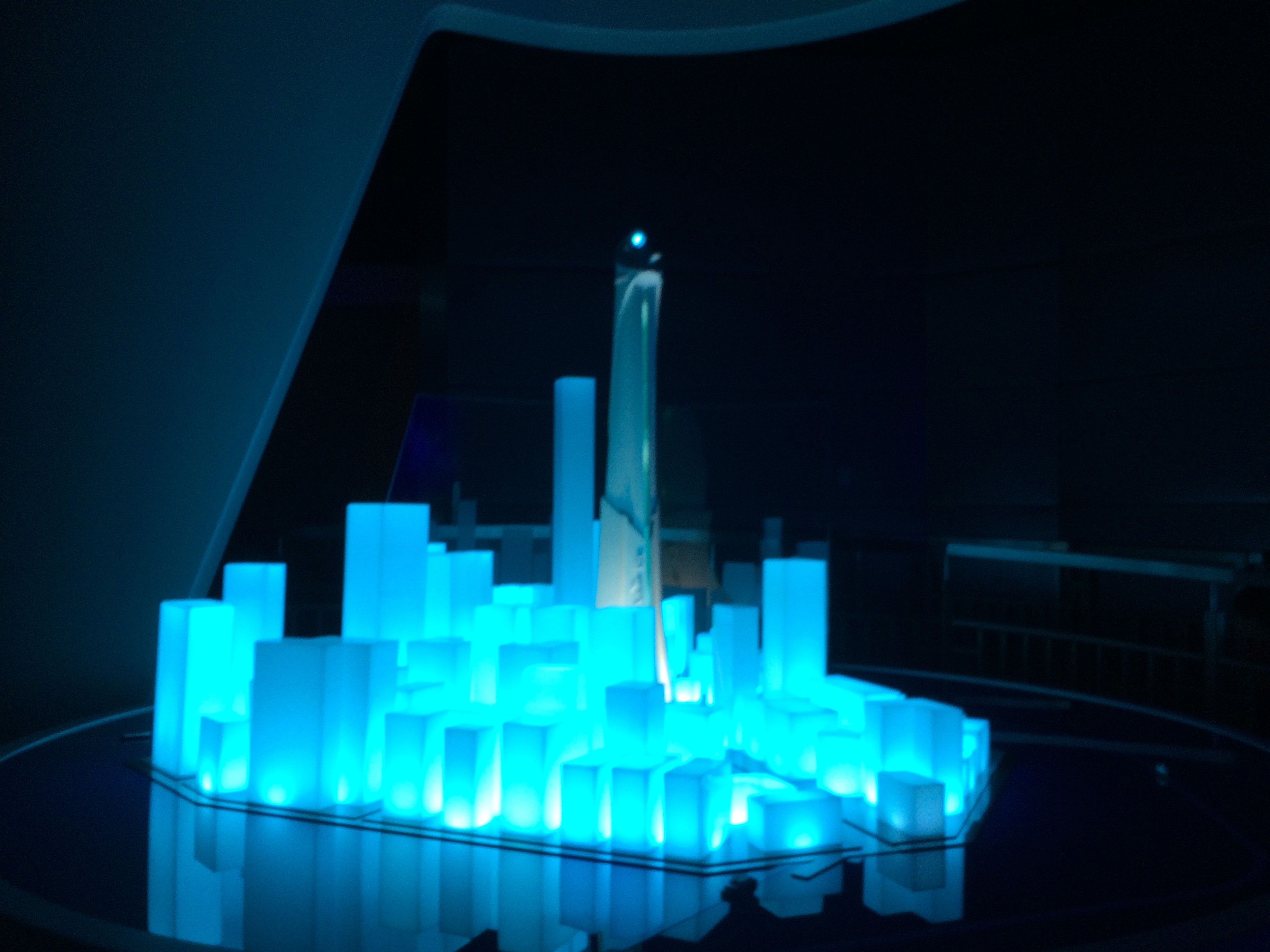 First off, let’s acknowledge that Iron Man Experience has a lot in common with Star Tours — an attraction that Hong Kong Disneyland is without. In addition to using the same simulator ride system, the opening scene and even preshow video will certainly call to mind the Adventures Continue redo of that classic attraction. Because of this, the ride doesn’t really break any new ground aside from being a landmark for the Marvel-Disney partnership. That said, the attraction is still a lot of fun as it includes some great Stark humor and a homegrown setting.

The story of Iron Man Experience is that Stark Expo guests are boarding an exclusive Iron Wing vehicle to travel to the new Hong Kong Stark Tower and take a tour of the world’s largest Arc Reactor. Upon arrival at the Tower, we learn that Hydra is trying to steal Stark’s creation and have unleashed robots throughout the city in order to do so. When a Chinese-speaking (I’d guess it’s Cantonese but it could be Mandarin) Jarvis informs Tony of the attack, he begrudgingly leaves his meet and greet and helps fight off the enemies. Typical simulator effects ensue including falling, blasting, and cracked windshields — did I mention it was in 3D? — until you finally defeat Hydra and return safely to the Expo.

What’s great about this story is the local setting. In fact, when you first set out to Stark Tower, you fly over the park including the soon-to-be-much-larger Sleeping Beauty Castle (more on that later). Additionally, when Jarvis contacts Iron Man, we see him in a room identical to his real meet and greet building next door. This adds a nice touch to the attraction that makes it unique. Also adding a nice touch is the Stan Lee cameo in the ride’s safety video: 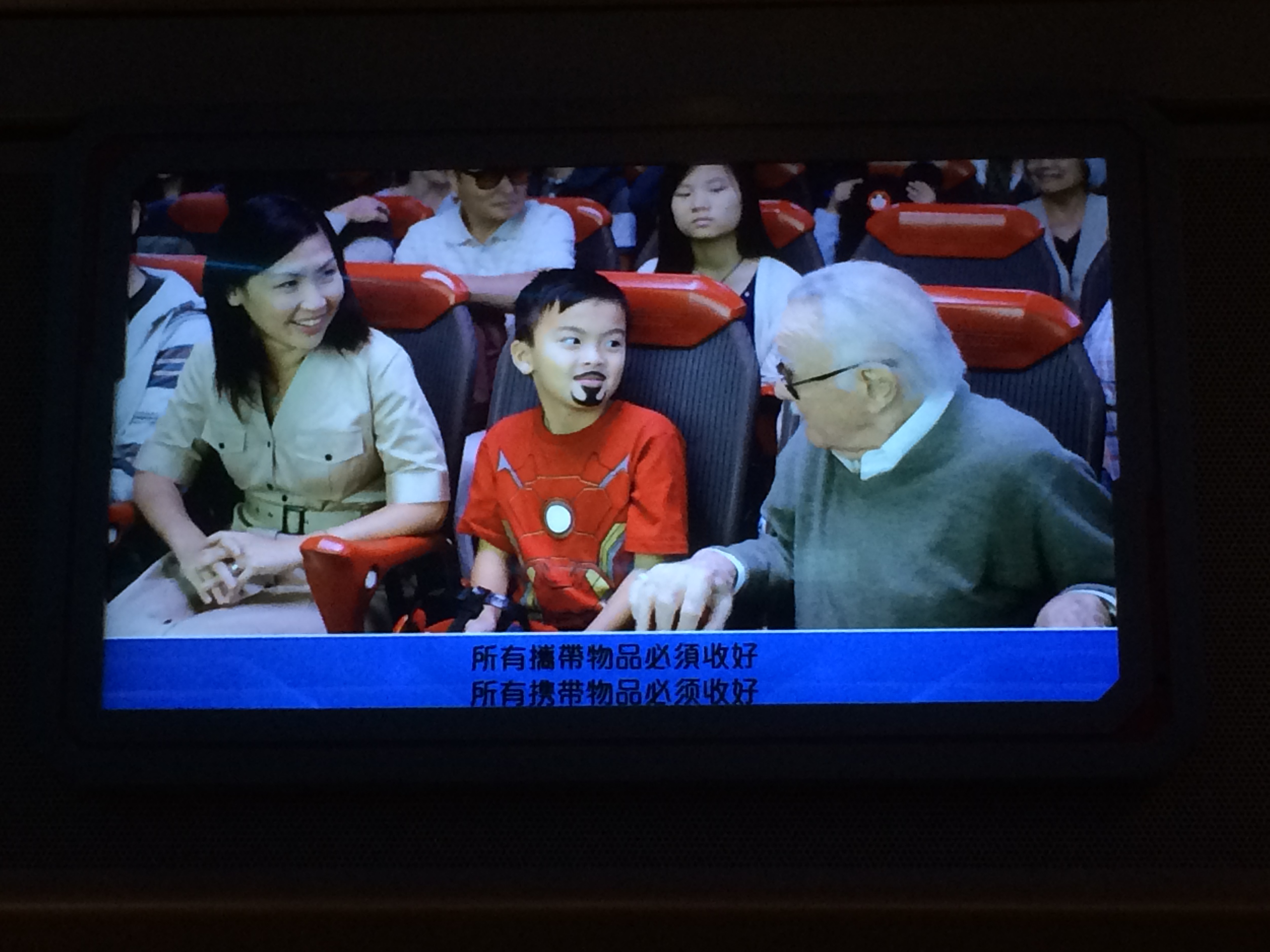 Speaking of meet and greets, this is the first time Iron Man has met with Disney guests and let’s just say domestic park fans are going to be jealous of Hong Kong in that regard. Following a rather lame preshow that ensures guests aren’t Hydra agents, you are brought into a small room for a presentation of new technologies. Of course, a few seconds later, Stark shows up in full Iron Man attire and asks if guests want to take photos with him. As each group comes up, Tony interacts with each of them, cracking jokes and being awesome:

Iron Man jokes with guests as they come up for a photo with him pic.twitter.com/5kfWpcaKc5

Not only are these additions a big deal for Marvel fans but they are also just the start of a major expansion happening at Hong Kong Disneyland. In response to relatively-nearby Shanghai Disneyland, Hong Kong’s little park is set to grow by adding more Marvel attractions, a Frozen land, and giving their castle a major upgrade in stature. Overall, I’d say Iron Man Experience is exactly what Hong Kong Disneyland needed. Although the park struggled in its early days due to a lack of attractions, the love Disney has shown them first with the Toy Story Land, Grizzly Gulch, and Mystic Point expansion and now by bestowing them with the first Marvel ride in any Disney Park (and one themed specifically to their locale) proves their dedication to this little gem of a park even in the shadow of Shanghai. After riding Iron Man Experience, I not only look forward to what else Disney has up their sleeve for Hong Kong but also what’s in store for future Disney-Marvel projects.