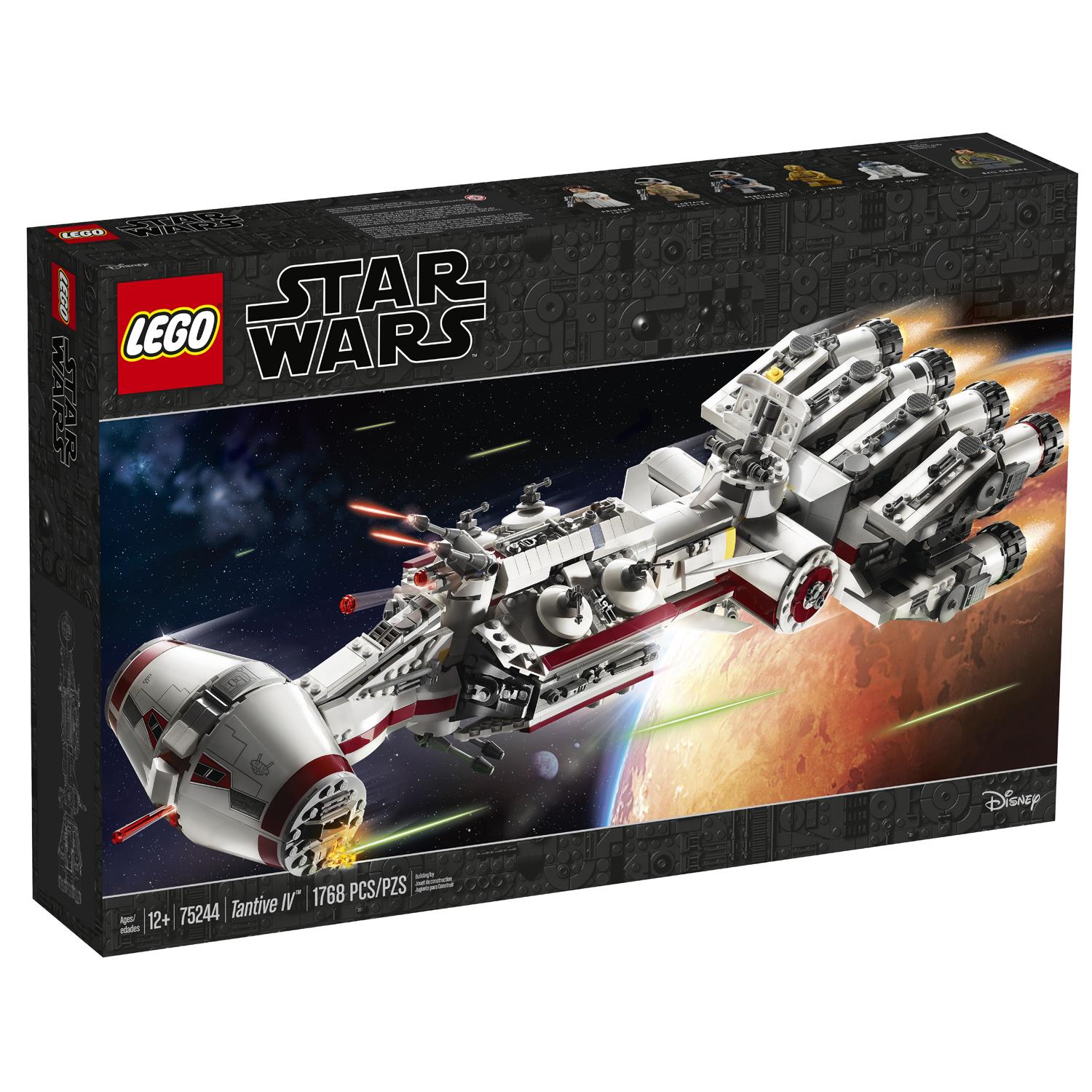 “That’s funny… the damage doesn’t look as bad from out here.” Tantive IV AKA the Rebel Blockade Runner, the first starship to ever appear on-screen in a Star Wars movie (in 1977’s Episode IV: A New Hope), is getting the LEGO treatment once again, as announced today during the LEGO Star Wars panel at Star Wars Celebration 2019 in Chicago.

“This LEGO® Star Wars 75244 interpretation of Tantive IV, seen fleeing from an Imperial Star Destroyer in the opening moments of Star Wars: A New Hope, faithfully recreates all of the Rebel cruiser’s signature details, including an elongated hull, detachable escape pods, elevating gun turrets, cargo hold and 11 massive engines at the back.” 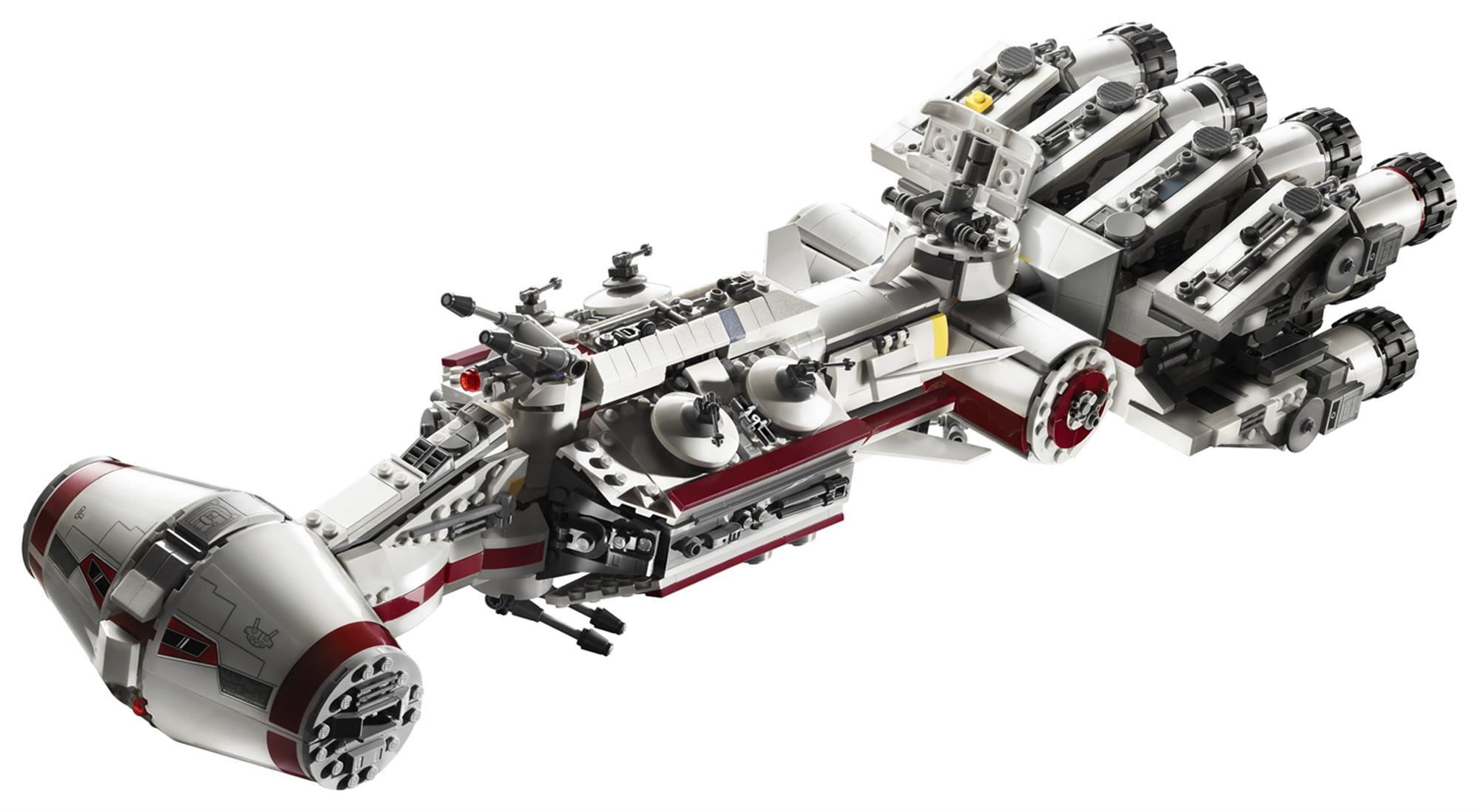 “Remove the hull plating of this fantastic LEGO Star Wars vehicle to reveal a detailed 2-minifigure cockpit, conference area with table, weapon rack and a control console with 2 seats. The radar dish also doubles as a convenient carry handle, which makes it perfect for flying around the room. When the mission is over, this amazing kids’ buildable toy also makes a great centerpiece for any LEGO Star Wars collection.” 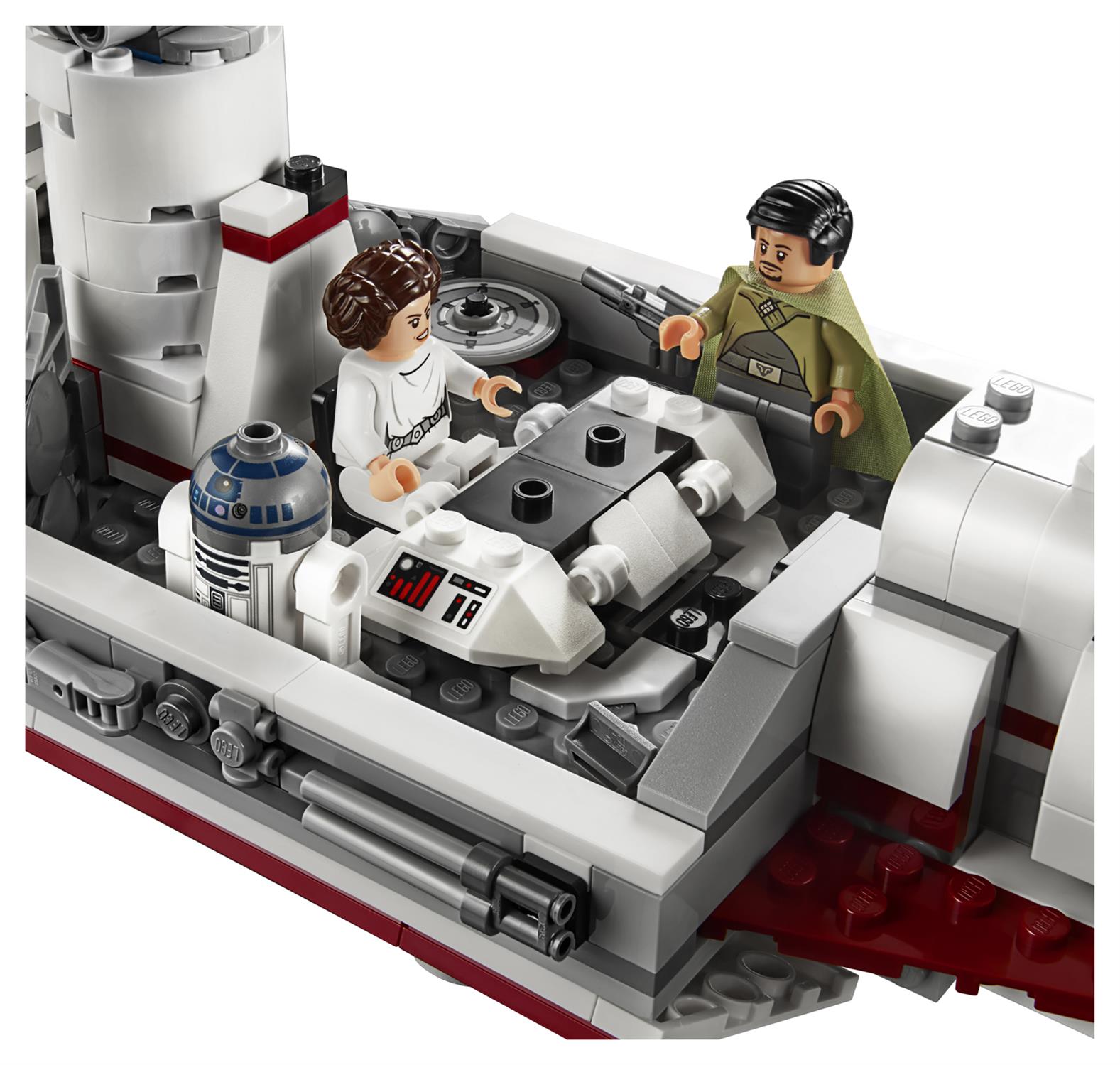 This new LEGO Star Wars Tantive IV building set includes 1,768 pieces and will retail for $199.99 in the United States when it is released on May 4 from LEGO brand stores and the LEGO.com shop-at-home website.