2019 marks the 30th anniversary of the debut of The New Mickey Mouse Club, and Mouseketeers from all seven seasons are coming together to celebrate with a weekend full of events at MEGACON Orlando and the Walt Disney World Resort during #MMC30. 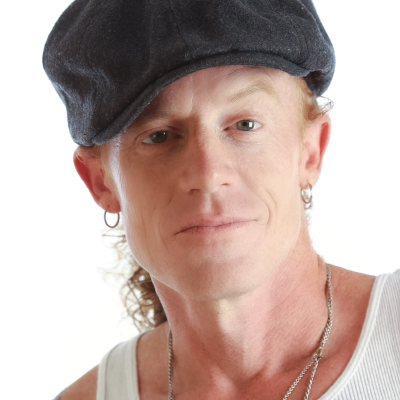 I got the chance to talk to Chasen ‘Chase’ Hampton, a member of the 1989 season, about the event and what fans can expect.

Laughing Place: #MMC30 is almost here, how did the celebration come together?

Chasen Hampton: I reached out to the other 'Teers a couple of years ago now and planted the seed on a group Facebook message. It really takes a second to even comprehend that 30 years have even gone by! So many of us have wanted to get together as so many of us do when in town or close by. It is great, because we have been supporting each other and in communication all these years.

But getting a group of us together all at the same time? This has been a feat! It quickly gained interest when we hinted about doing so around the anniversary and Dale Godboldo, also a former ‘Teer, realized that with my two babies running around I was gonna quickly get swallowed up by the enormity of what we wanted to do. God Bless him cause together we have been an incredible team.

While scoping out locations in Orlando we reached out to both onePulse and Give Kids The World organizations picking them as our charities we wanted to partner with on this event.

LP: Saturday May 18th is going to be quite a day, and it is going to kick off with the #MMC30 @ MegaCon Panel. Can you give us some hints as to what you’ll be talking about?

CH: There’s no telling where this ship might end up! We know it’s gonna be crazy and not nearly enough time to even scratch the surface of seven seasons of Mousketeers on one stage. Joey Fatone has been around us a long time, even growing up with many of us as most of us were enrolled into Dr. Phillips School! The cool part is what people have done since The New Mickey Mouse Club and the amount of good this cast continues to give.

LP: I often imagined what it would be like to be a Mouseketeer, and during the ‘Mouseketeers & Memories' celebration @ Epcot guests will get the chance to do just that. What are some highlights of the evening?

CH: I'm thinking the highlight will be different for everyone, but for me personally it was always important to incorporate Mouseketeer Lindsey Alley's one woman show called "Blood Sweat and MousekeTEARS.” It’s her personal story as a musical comedy, but it tells the story of so many of us. I can’t wait for everyone to see that as well as be able to bid on incredible items being donated for the event. There will also be many performances through the night ending with Illuminations Firework show. 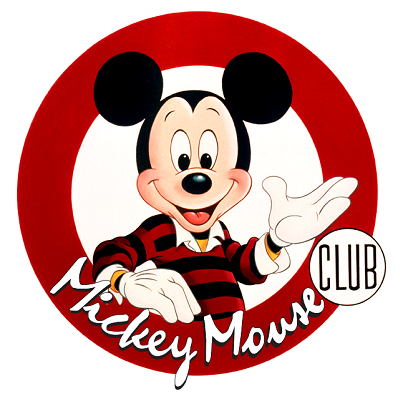 LP: But the fun doesn’t stop there, because there’s an After Party! How are guests going to be able to party with the ’Teers?

CH: It’s a party, and the more the merrier! We have a live band and we’ll be dancing into the night. I would expect some fun impromptu performances here and a place to hang out and party with those MMC pen pals we have had for so many years.

LP: Can you let us know more about ’Soul Sunday’ that wraps up the weekend at the Hyatt Regency Orlando?

CH: So many of our 'Teers are in the Ministry, have gone into Christian Music, and are Life Coaches and speakers. We wanted to create a more intimate space where we could share stories, testimony, and answer questions from the room. It should be really cool and some are even looking more forward to Sunday than the other portions of the event.

LP: While #MMC30 is a celebration, its proceeds are benefiting some great organizations. How and why were these groups chosen?

CH: It made sense early on that the only way to do this, get everyone excited, and involved was to do this for charity. We are a diverse group of people who became the best of friends while on the show, so of course we chose onePulse. The organization is aligned with who we are, have always been, and who Walt intended to present to the world. We truly benefited from learning about each others religions and cultures which made us each better as we built our skills together on the show. I truly believe that why today you have some of the biggest superstars on the planet from this show. Give Kids The World Village is truly one of the most inspiring places you could ever go or witness, and after touring the village, Dale (Godboldo) and I knew instantly we wanted to help this organization and the children they bless everyday. After talking about the #MMC30 event, it was time to ask Chase, who recently released his newest single “I’d Die Without You” earlier this month, about his thoughts and memories going into the event.

LP: It is going to be pretty amazing to have members of all seven seasons reuniting for #MMC30, what are you most looking forward to?

CH: The behind the scenes action and catching up with some I haven't seen since the show ended. The crew, the parents, the fans…all of them. It runs deep for us because we spent those very important years as children, together at Disney World. I mean we went to school in Disney World, we worked, lived and breathed Disney. As a child it was a dream come true! Don't get me wrong we worked long and hard hours but loved it all cause we were with our best friends.  Disney has blessed me with great friends, but without the show I wouldn't of met my wife or had my beautiful children.

LP: How are you feeling about coming home to celebrate the 30th anniversary of the debut episode of The All New Mickey Mouse Club?

CH: I'm touched that it's actually happening and all the hard work has been appreciated by both the fans and our fellow cast members who are trusting us with their best memories.

LP: In addition to the 30h anniversary, #MMC30 will be celebrating Mickey’s Milestone Birthday. Do you have a favorite moment with the ‘Leader of the Club’?

CH: It’s just too hard to pick one! Some of the best highlights would be Jenn (McGill) and I performing with the Original Mouseketeers at Disneyland’s 35th Anniversary with Ronald Reagan and Mickey Mouse. As well as some of the openings including the star studded Disney MGM Studios Special, Typhoon Lagoon, and Disneyland Paris.

It was all so much fun! But the most special of all is to be able to now go back as an Walt Disney World Annual Passholder with my wife and kids to instantly feel how very lucky I am to have my family from all of this.

Tickets to the #MMC30 events are on sale now exclusively at www.MickeyMouseClubReunion.com