The newest animated series to hit Disney Channel is Amphibia, a 23-minute show set in a fantastical world of amphibians. 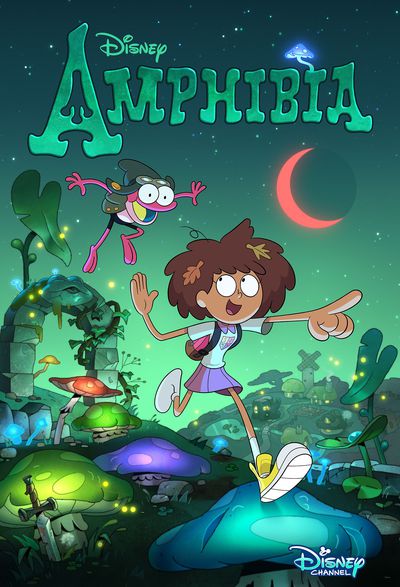 Anne Boonchuy (Brenda Song) is a young teenager who after a series of events finds herself stuck in a world of frogs, reptiles, and other interesting insects. In an attempt to make her human friends happy, Anne winds up in possession of a magical musical box that when opened, transports her to the amphibian world without her friends. Her arrival here is not welcome at first and she’s seen as a monster, but Anne quickly wins over Sprig (Justin Felbinger), a young frog, and the two become fast friends. Sprig eventually convinces his grandfather Hop Pop (Bill Farmer) that Anne means no harm and they offer her a place to stay. As It turns out, Anne can’t head back home yet since Amphibia is surrounded by impenetrable mountains that won’t clear for at least two months. Until Anne can leave, she’d better get pretty comfortable with frogs. I haven’t spent a lot of time with Disney Channel since my babysitting days and, even then, most of what my charges were watching were reruns. So to come into a new Disney show as it’s just getting started is kinda fun. Watching Amphibia had me wishing I was younger and able to get wrapped up in the story for what it is, instead of dealing with my adult quirk of questioning things (how is Anne’s phone still working and how is she going to charge it?). Amphibia is clever and goofy with plenty of jokes to keep kids laughing and just enough scary content to hold their attention. The show moves quickly and is broken into two 11-minute episodes that, at least for the premiere, form one complete chapter. The animation is bouncy and colorful and the characters are a delight, especially, Sprig’s tadpole of a sister Polly (Amanda Leighton) who’s feisty and quick to tell things the way they are. While I probably won’t be tuning in each week to keep up with Anne and Sprig, I certainly wouldn’t mind spending more time on Amphibia, discovering the answers to how Anne wound up there and what it will take to get her home. 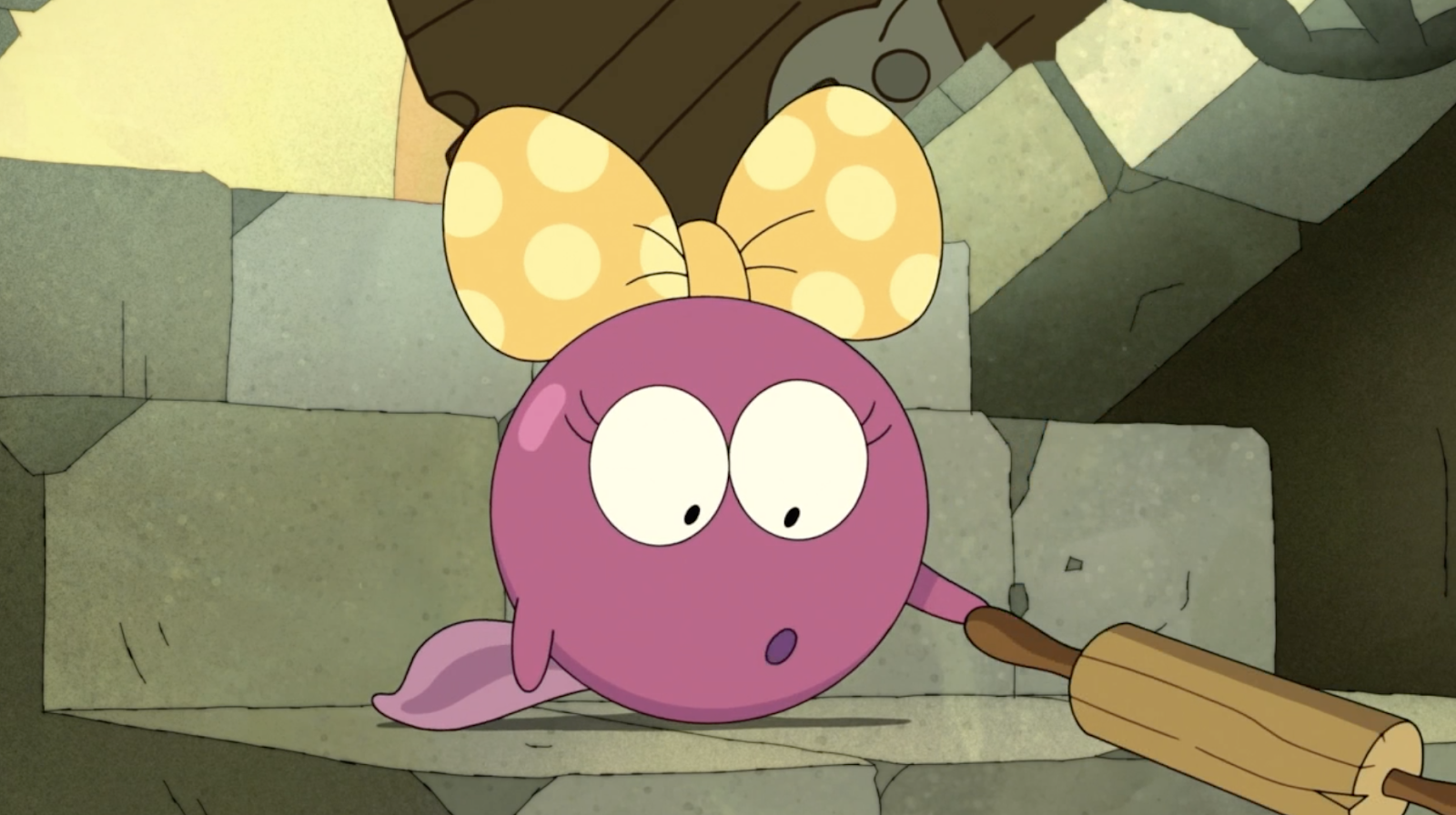 Amphibia debuts on Disney Channel on June 17 with new episodes daily through June 20. However, audiences can catch the first episode on demand on DisneyNOW.