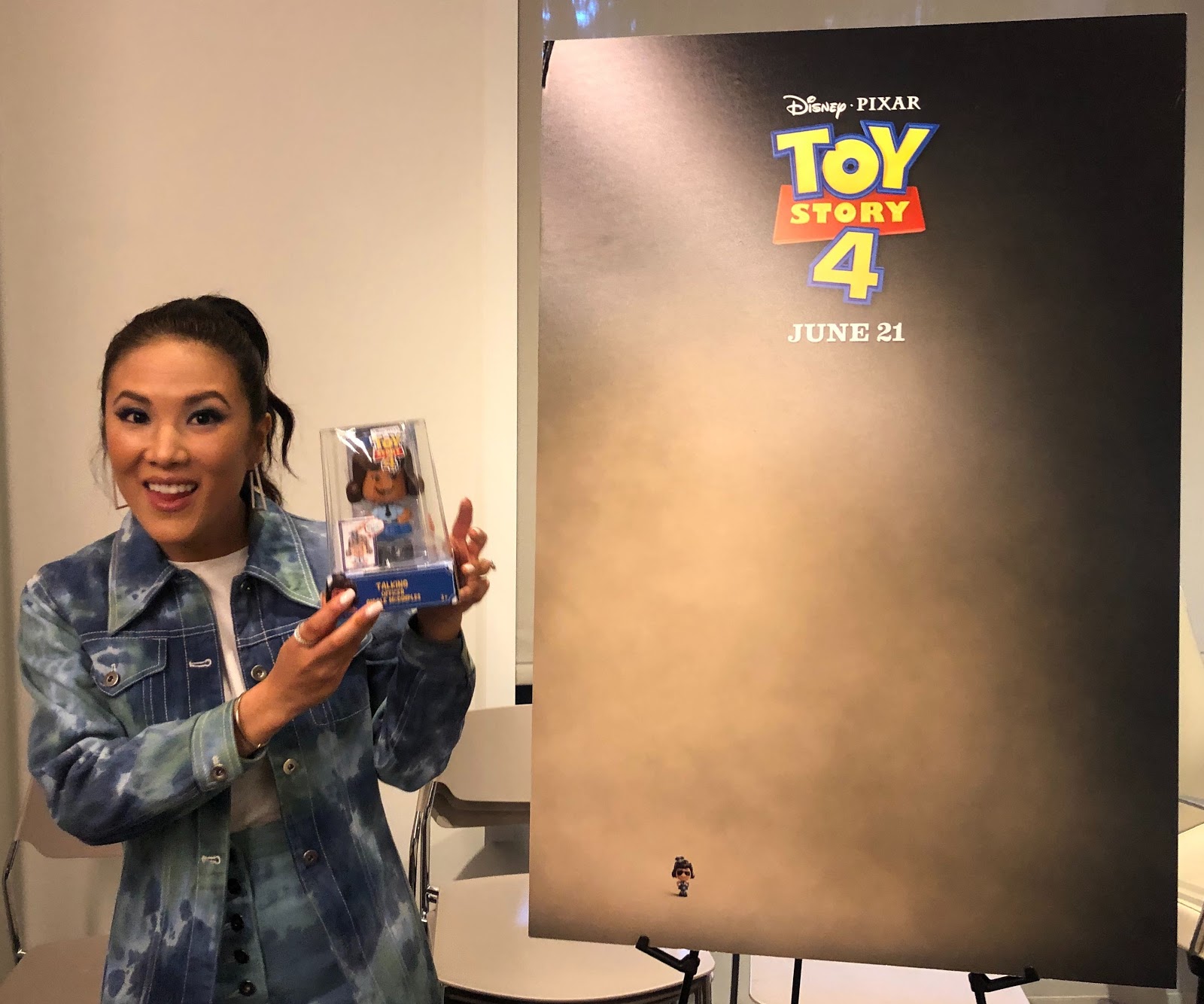 Prior to being cast in Disney/Pixar’s highly anticipated new sequel Toy Story 4, Japanese-American actress Ally Maki was best known for her recurring roles in the TBS Lost parody Wrecked, Marvel’s Cloak & Dagger airing on Freeform, and the ABC Family adaptation of 10 Things I Hate About You.

Now, after the film opens this weekend, Ally Maki will forever be known to Pixar Animation Studios fans as Giggle McDimples, the diminutive police officer sidekick to Bo Peep (voiced by Annie Potts, returning from parts 1 and 2) in Toy Story 4. Today I had the wonderful opportunity to sit down with Ms. Maki for a roundtable-style interview to discuss her role, growing up on the franchise, and what it was like meeting Tom Hanks for the first time.

Q:  There’s a theme in Toy Story 4 about listening to your inner voice, and I feel like Giggle McDimples kind of serves as that inner voice to Bo Peep. How would you describe her role in the story?

Ally Maki:  I love Giggle, because she’s unabashedly unafraid to be herself a hundred percent of the time. She is Bo’s closest confidant, best friend, and she’s completely and brutally honest, like you said. She’s got her inner voice and she’s not afraid to use her inner voice. She will make sure everyone hears it, which is awesome and I love that about her. She’s so feisty.

Q:  Toy Story has been around for more than twenty years. Can you talk about your history with the franchise growing up, and what it was like to find out you were going to be a part of it?

Maki:  It’s truly been a dream come true, because I feel like my childhood directly aligned with the whole franchise. [The first one came out] when I was a really young kid, 2 was high school, 3 was college, and now [with] 4, I’m an adult, so this movie [series] has been so much of my childhood, and helped shape my identity. I truly think of Buzz and Woody as my friends that I grew up with, which is crazy to think that I’m a part of this universe now. I just pinch myself every day. I’m like, ‘How did this happen?’

And also to be an Asian-American female within this universe. I think they’re saying she’s the first one ever to exist within it. That, in itself, is so crazy, too. It’s awesome. 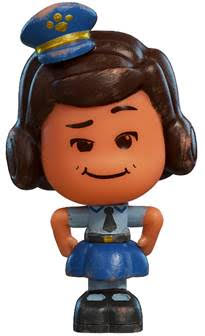 Q:  How did you find the voice of Giggle McDimples? What was the direction from Josh Cooley?

Maki:  It was so cool. In the very first session, I walked in and I go, ‘Do I need to do anything? Do I need to make my voice higher or lower or whatever?’ And they said, ‘No.’ When Pixar [casts] the movies, they are trying to authentically find the actual heart and soul of the character that they want, so that’s why they do ‘blind casting’ where they take voice clips of each person, and they don’t tell them who the person is. They can just blindly pick the person, and through that list they were like, ‘That’s the one! She cuts through!’ So I was able to be who I was, and bring my first instincts to the character.

Q:  You’ve worked in the journalism field and you’ve performed in a band. How did you settle on acting as a career?

Maki:  Performing has been what I’ve always done. I started doing musical theater when I was six years old, and performing was an absolute outlet for me. I was very shy, and I was the youngest [in my family]. I only had big brothers, so performing was my way of being myself, of being these loud, crazy characters without feeling like I was being judged in any way.

I can’t really think of my life as anything but performing and doing voices. So much of my childhood was [spent] doing voices with my American Girl dolls, and my Polly Pockets, and my My Little Ponys. Just them all having communication with each other all the time, and having these crazy storylines. So I feel like I’ve been training for this role my whole life.

Q:  Speaking of Polly Pocket, Giggle McDimples is sort of inspired by that particular toy. Did you have a lot of those?

Maki:  I collected Polly Pockets. I still have my vintage Polly Pocket collection. Because I was the youngest and the only girl, I would spend so much time by myself. And so much of it was sitting in my room, rolling out the plastic mat with the roads and the town, and putting the houses down, and all the little [figurines], and making them communicate, and have all their neighborhood drama with each other. It’s fun!

And then you go and record this movie and there’s no script beforehand, there’s no animation you’re seeing. It truly is coming from your instincts, so it really took me back to being a kid.

Q:  Without spoiling too much, Giggle and Bo are kind of off on their own at the outset of this movie. They aren’t tied down to a kid who owns them, and they don’t necessarily want to be. What was it like to approach such a different kind of toy than the ones we’ve seen before in this series?

Maki:  I think it is so cool that they had that kind of ‘lost toy’ vibe, but in that world is where they found each other. That’s such a beautiful message to relay, especially to young women: with female friendship, you can accomplish anything. You can be your own strong, true self. Bo is a hundred percent herself and Giggle is a hundred percent herself, but together they unite to this super-element of ‘We can do anything and we can do it together. We’re not in competition with each other.’ I think that’s really beautiful, to see more female friendship on screen. 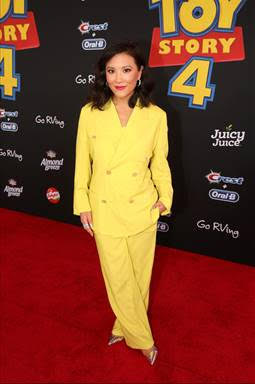 Q:  Since you don’t ordinarily record dialogue with the other actors in the room, have you had time to spend with any of your fellow cast members? What has your relationship been like with them?

Maki:  Annie Potts is such a darling human. She’s so kind, but also so fierce. You feel her confidence as soon as she walks in the room. We did a lot of press together.

Hanks was the one person who I got to meet through the [recording] process, but unexpectedly. I went to a session where we were doing some early interviews. I was running late and I showed up in the craziest messy bun, no makeup, I had this big oversized jacket on. I looked like a gremlin, and of course that day I had a giant stress pimple on the side of my mouth. So I go into Disney, and they’re like, ‘Great, you’re here! Tom’s coming down, and you guys will start…’ And I was like, ‘Tom? I don’t remember a Tom on the team.’ And they’re like, ‘Hanks.’

‘Oh… he’s here? Right now?’ And then I hear his footsteps coming down and I was like, ‘Nooooo! This is happening right now!’ Of course I would meet him so gremlin-like with a giant pimple on the side of my face, awkwardly having to talk to him for ten minutes. But it actually felt weirdly perfect, because it felt like my fourteen-year-old awkward self was meeting my idol. It was kind of perfect. He’s great.