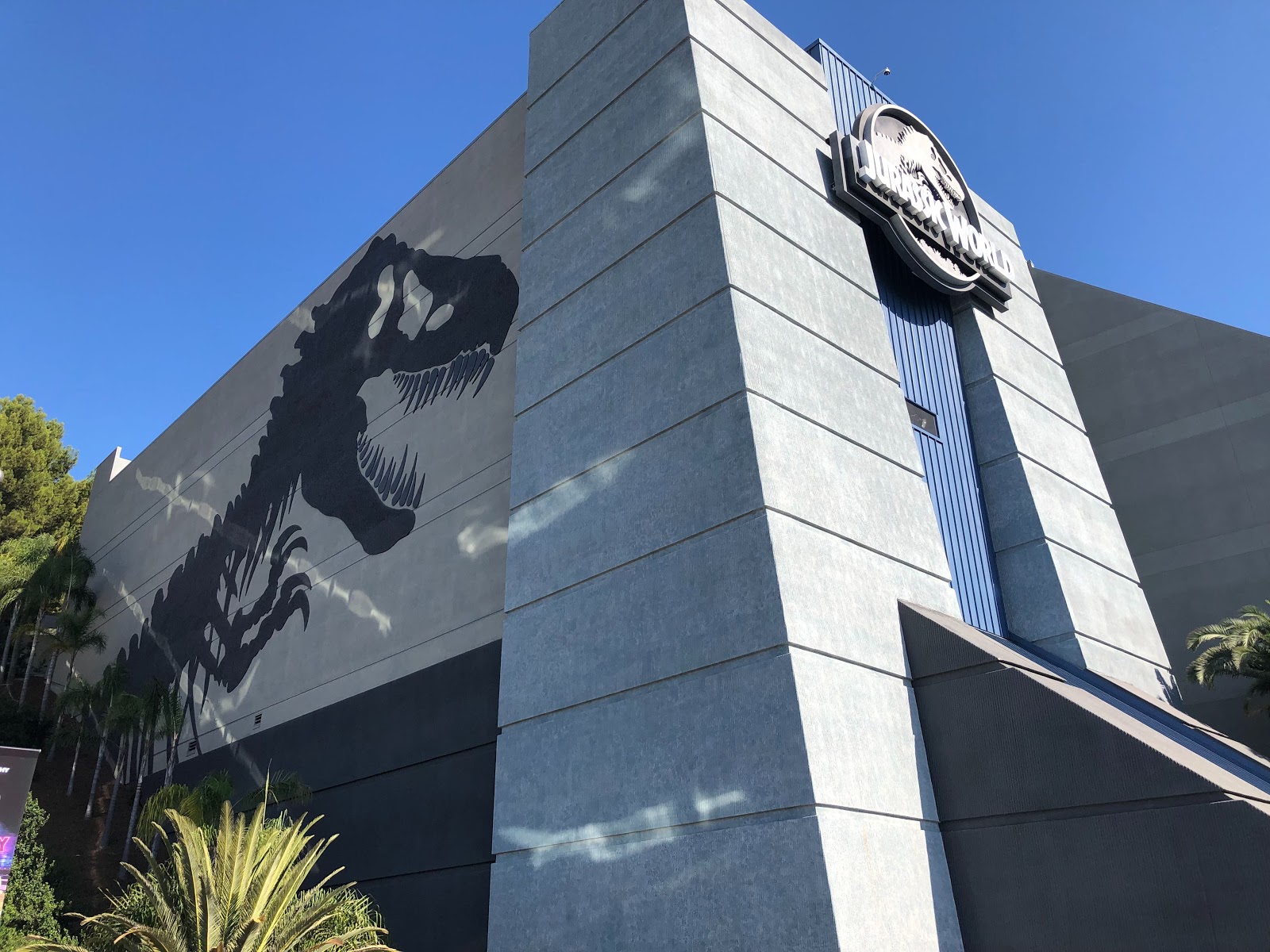 The park is open. Well, the park (as in Universal Studios Hollywood) has been open for five and a half decades, but its new attraction Jurassic World: The Ride is– as of this past Friday– now officially open after a week of being available sporadically to guests during technical rehearsals.

Jurassic World: The Ride is, of course, an overhaul and retheme of Universal Studios Hollywood’s world-famous Jurassic Park: The Ride, which first opened in 1996 (three years after director Steven Spielberg’s first blockbuster Jurassic Park film shattered all sorts of box-office records) and shut down at the end of last summer to make way for the new version, based on the soft-reboot Jurassic World movie from 2015.

A-list actors Chris Pratt and Bryce Dallas Howard, stars of Jurassic World and its 2018 sequel Jurassic World: Fallen Kingdom appear in the newly reimagined ride’s pre-show and during the River Adventure itself, alongside a number of dinosaurs like the huge aquatic Mosasaurus, two leftover Stegosauri and one Hadrosaur from the attraction’s previous iteration, a venom-spitting Dilophosaurus, the Velociraptor known as Blue, the hybrid Indominus Rex, and our old pal Tyrannosaurus Rex. And that’s all before the infamous eighty-five-foot splashdown escape.

Outside Jurassic World: The Ride, Universal Studios Hollywood guests can interact with a number of dinosaurs as well, including the incredibly impressive walking Triceratops, which kids and families are invited to pet on its side.

Blue shows up once again in the Raptor Encounter, where guests can pose for photographs with the remarkably well-trained Velociraptor. There’s also a baby Raptor named Tango who comes out cradled in its trainer’s arms, and can be stroked gently on its chin by curious kids.

In addition to revamping the ride, Universal has refitted the entire Jurassic Park area of its lower lot to become Jurassic World as well. The Jurassic Outfitters gift shop and Jurassic Cafe counter-service restaurant have received spiffy new decor, and the all-new outdoor bar Isla Nu-Bar (get it?) is serving up tiki drinks to thirsty tourists.

Jurassic World: The Ride is now open at Universal Studios Hollywood in Los Angeles, California. For more information and advance ticketing resources, be sure to visit the park’s official website.