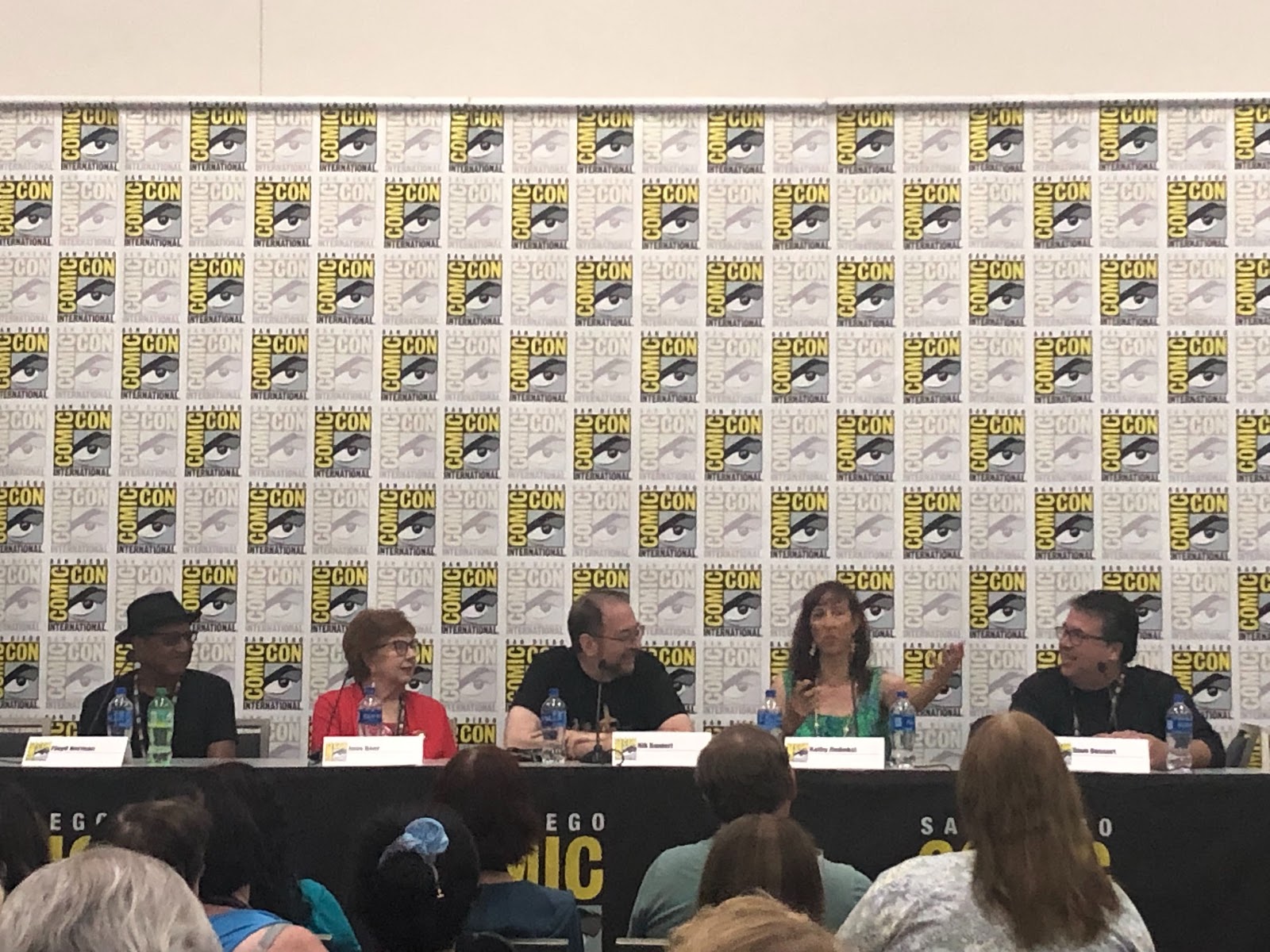 This past weekend, San Diego Comic-Con held its 50th annual event in Southern California, and a number of Disney animators joined in on the festivities by helping to commemorate some notable Disney animated features also celebrating anniversaries this year. 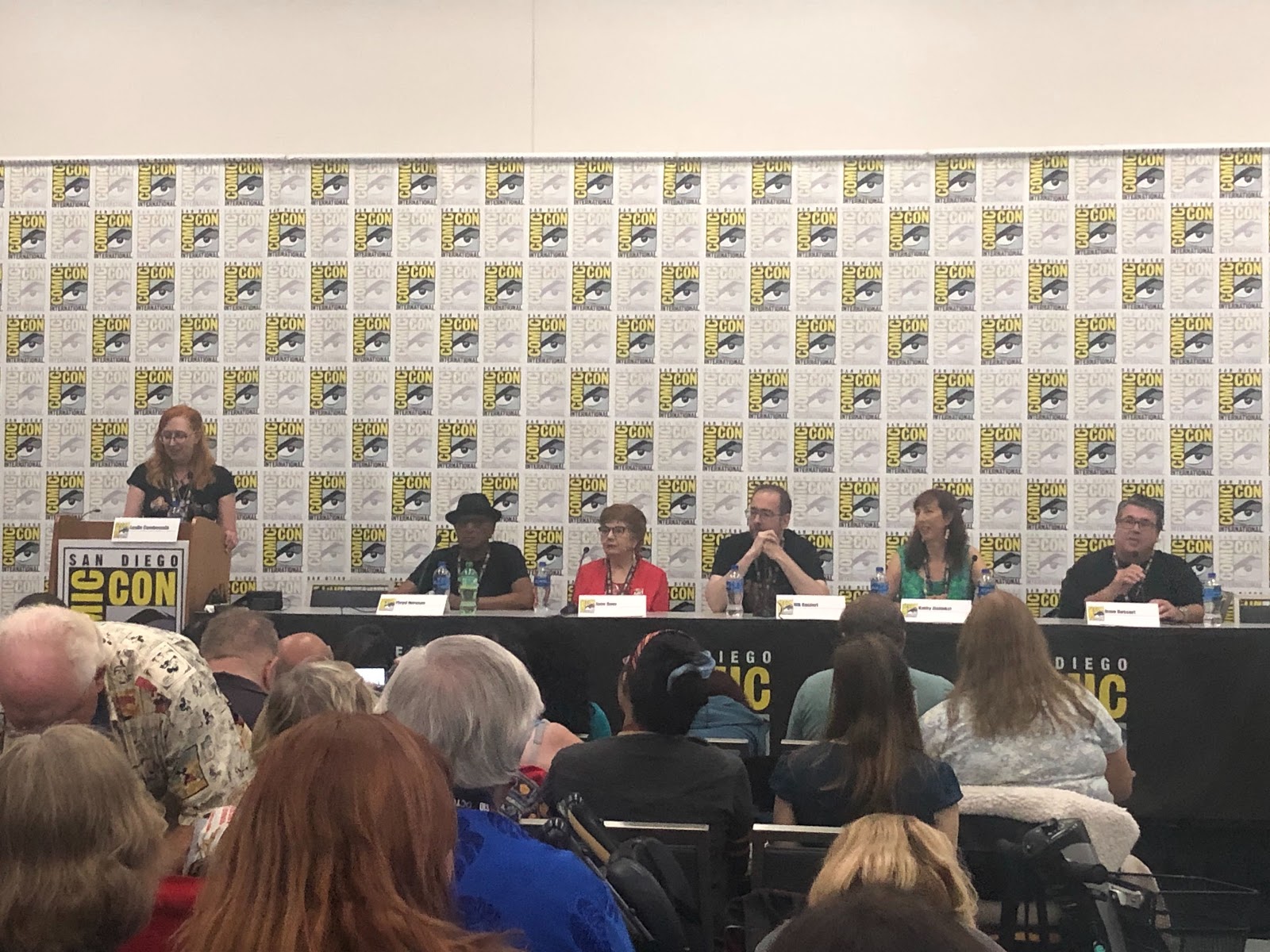 Moderator and animation expert Leslie Combemale of CinemaSiren.com began the panel by reminding the audience why it was happening: “We have so many anniversaries happening this year: Sleeping Beauty is 60, The Little Mermaid and The Lion King are 30 and 25, The Princess and the Frog [is 10]. We have some artists here who have stories and insights on these films.”

Floyd Norman was then given the floor to discuss his memories from working on Sleeping Beauty. “Being an in-betweener at Disney, it’s a grunt job. We [animators] all start out the same way; it’s a very tedious job, kind of a mundane job, [but] it’s a job that has to be done because it’s critical to animation.” 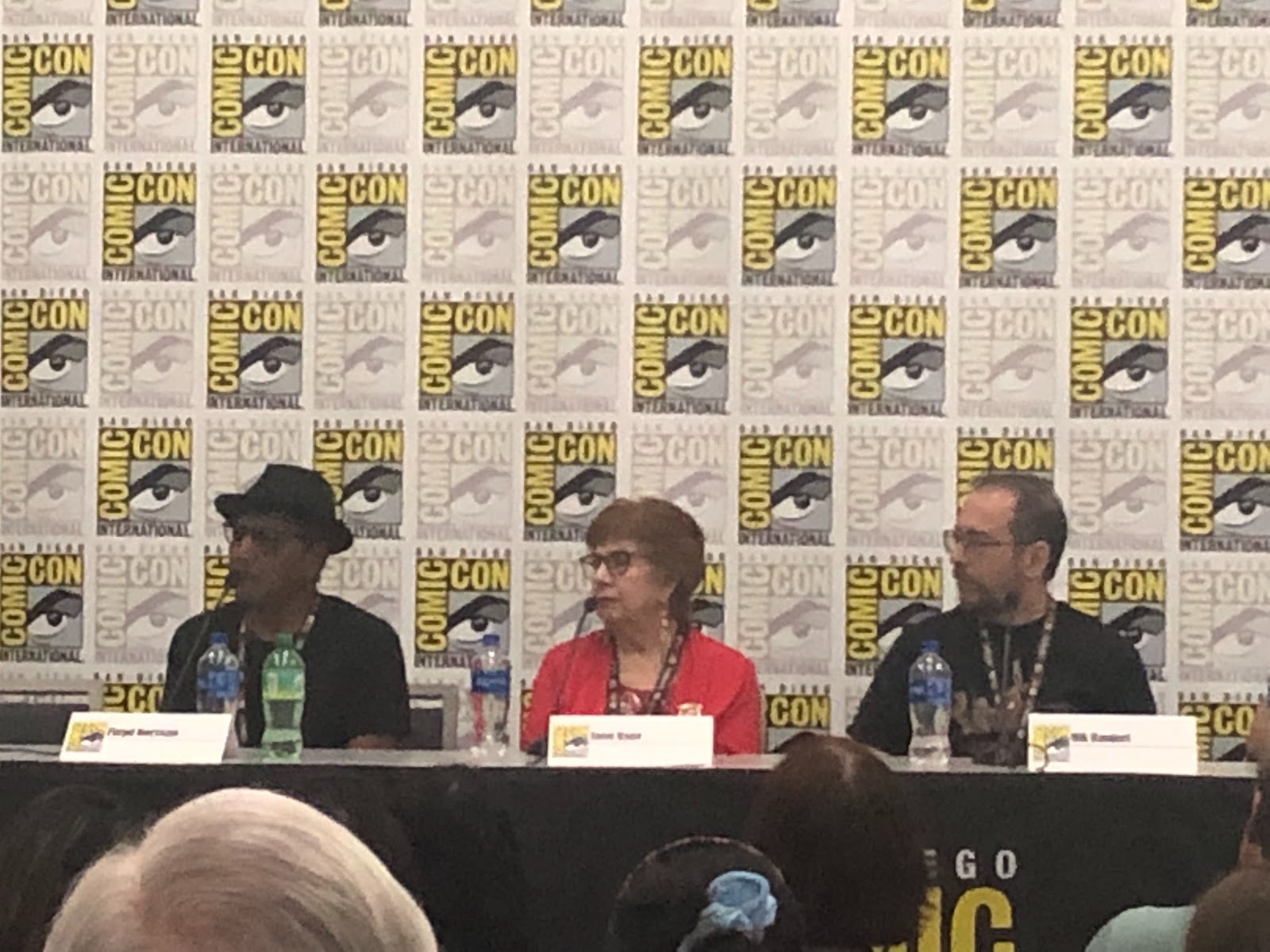 “We learned this business from the ground up. We learned how to become animators, and they we get a chance to get beat up by the Disney veterans. We had all of these Disney freaks like Ollie Johnston, Frank Thomas, and Milt Kahl. It was like going to animation boot camp. They were really tough on all of us kids. Jane was there.”

Jane Baer took over and recalled her own impressions of Disney’s Nine Old Men. “We had such a good staff [on Sleeping Beauty]. Marc Davis designed her. Working for him was really a task, because he was such a perfectionist. [It was] hard work, a lot of overtime.” “To work with those guys was a treasure. We were so young at the time, I don’t think we really fully appreciated the opportunity. They were so open to us and available for any questions we had. They made time for us, very generous.” “Ariel’s a very hard character to draw, because if you put the eyes too high she looks like a zombie. Everything has to be placed just right. I was struggling. I didn’t know everything about how to get the expressions without drawing so many lines. I’ve got these sad lines, and she was looking like she was about 102. After a couple of scenes, I was like ‘I can’t do this.’ So [director] John Musker said, ‘How about we put you on Ursula?’”

Kathy Zielinski also contributed to Ursula in The Little Mermaid, and talked about her work on the beloved 1989 Disney classic. “Some of the stuff that I animated was in the end of ‘Poor Unfortunate Souls’ where she’s casting the spell, and some other key scenes. ‘Life’s full of tough choices, isn’t it?’” 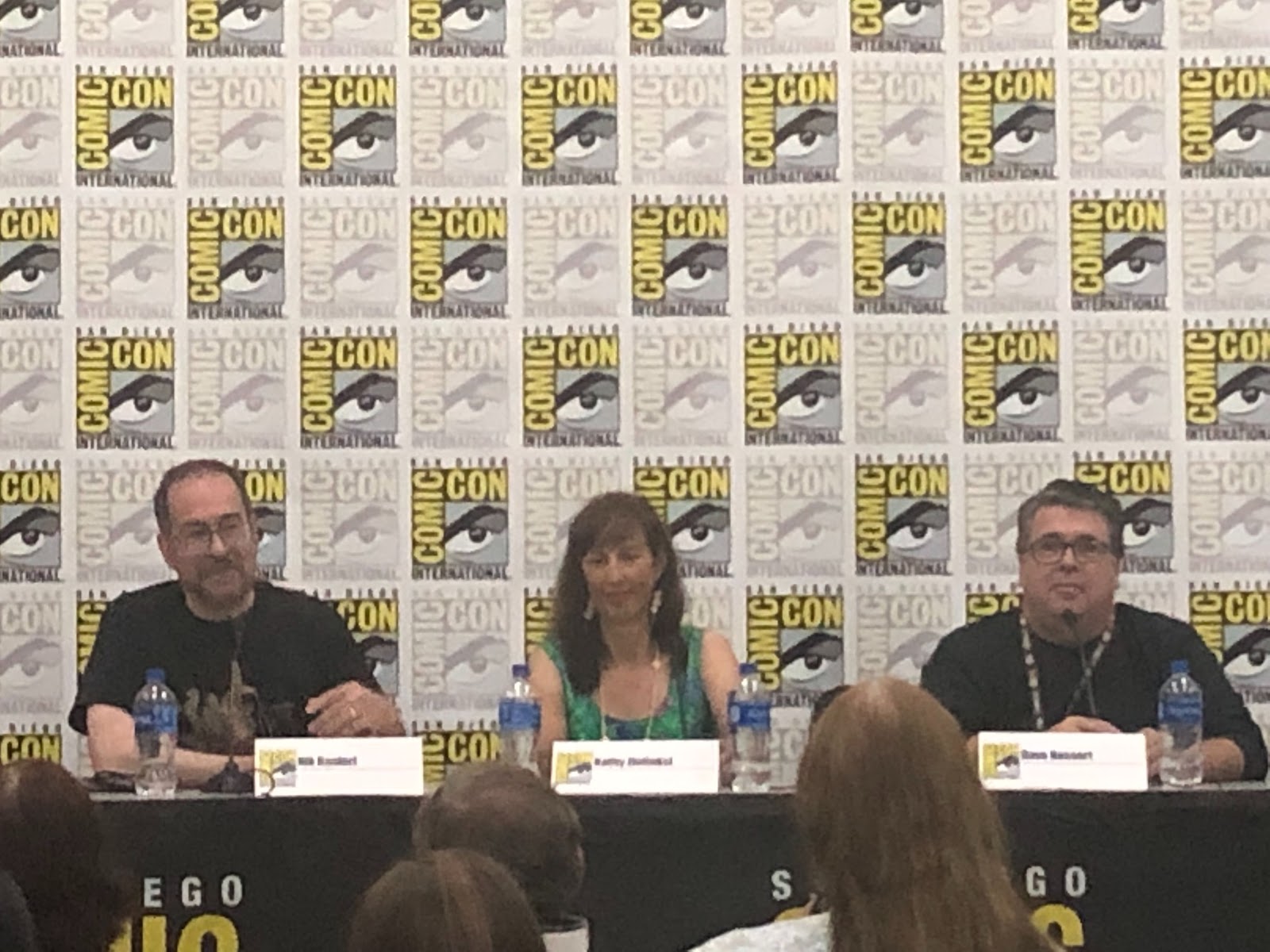 “I had worked with John and Ron [Clements] on The Great Mouse Detective and I worked on Fidget, so they knew I had sort of a leaning to doing evil characters. I was really happy that they cast me in that role. [Ursula] was such a great character because we don’t get many characters that are a combination of animal and human. Having to work animating tentacles, that was pretty cool. So I was really grateful. John and Ron gave me this awesome scene of Vanessa transforming back into Ursula, and because I’d watched John Carpenter’s The Thing, I was like, ‘Here’s my moment for a great transformation.’”

Lastly, Dave Bossert explained his role in bringing The Lion King’s famous wildebeest stampede sequence to life. “[That] sequence really stands out as being earth-shaking. That was actually a lot of CG work that was done. It was probably the fifth or sixth picture where we were staring to integrate computer-generated elements into hand-drawn films. To me, that was one of those sequences where you had to augment the animation with a lot of special effects: the dust and rocks, the branches breaking, that type of stuff.” 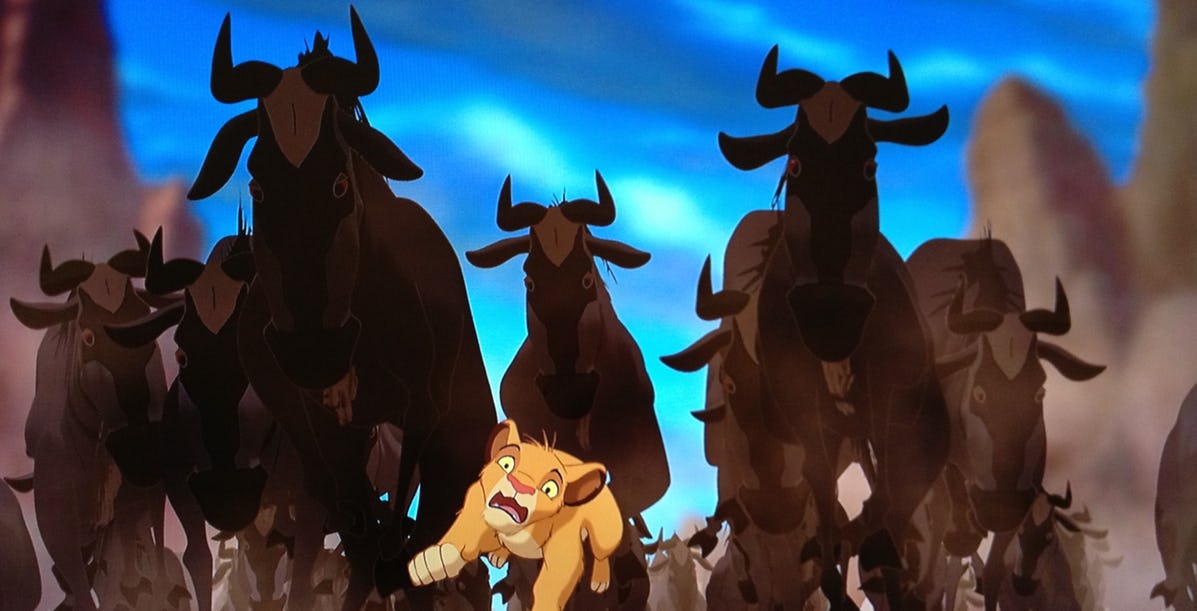 “It was a complex piece of animation from the standpoint that when you do special effects, which is anything that animates other than the character or the background, I always tell people it’s like a supporting character. It supports the animation, but there’s always those sequences where the special effects become front-and-center. The wildebeest stampede was that, and also when the Pride Lands go up in flames.”

Speaking of The Lion King, during the Q&A section of the presentation, the panelists had the opportunity to comment on the current slate of Disney’s live-action reimaginings of their classic animated films. While most of the participants answered the question rather diplomatically, Floyd Norman seemed less interested in supporting the ongoing trend. “Maybe they could just be creative and do something new,” quipped the Disney Legend. 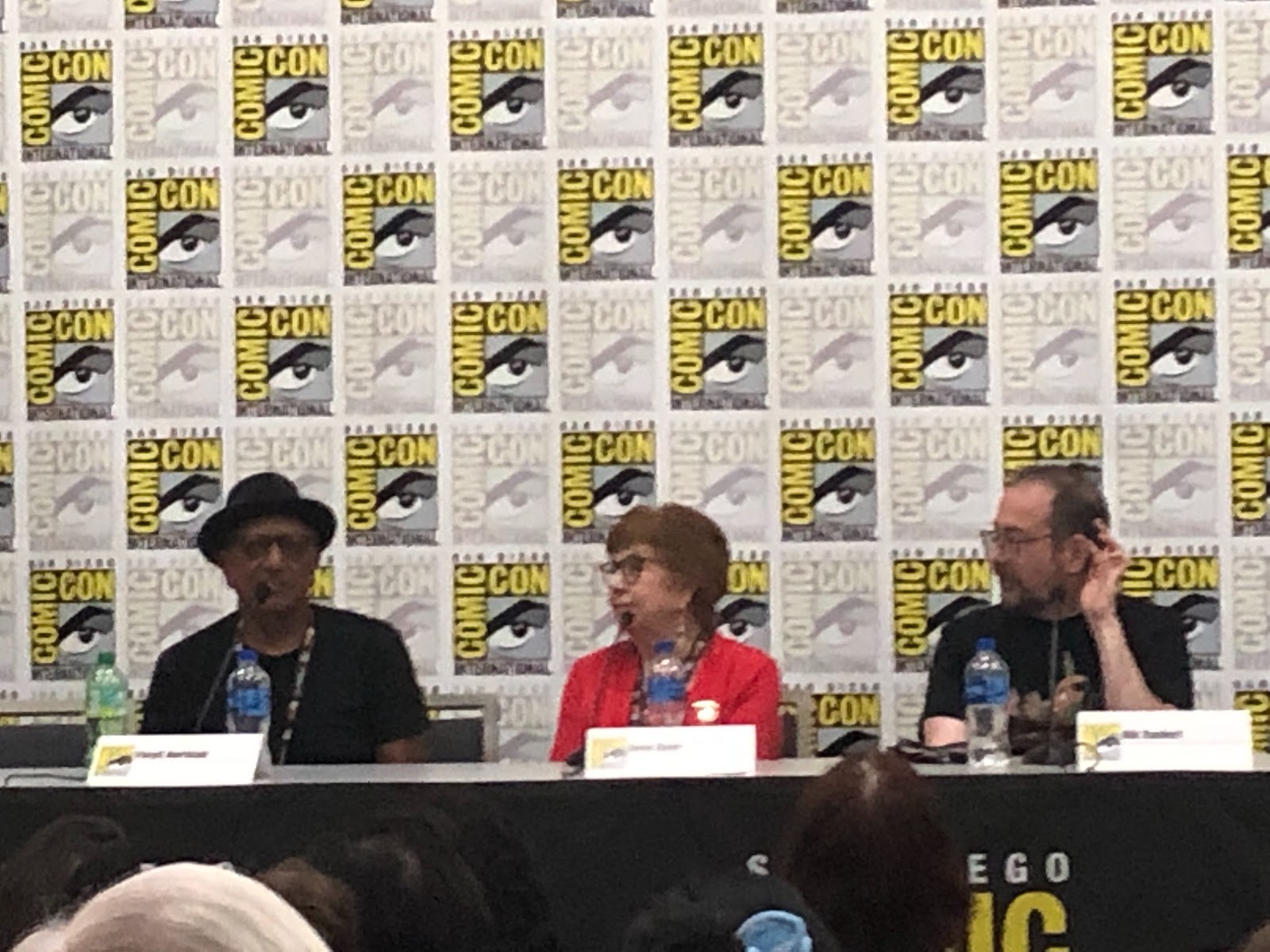 Based on Jon Favreu’s The Lion King remake’s stellar performance at the box office, it doesn’t seem likely that Norman will get his wish. Regardless, it was very cool to be able to see these five animation veterans discuss their craft and the Disney movies celebrating anniversaries this year at San Diego Comic-Con 2019.