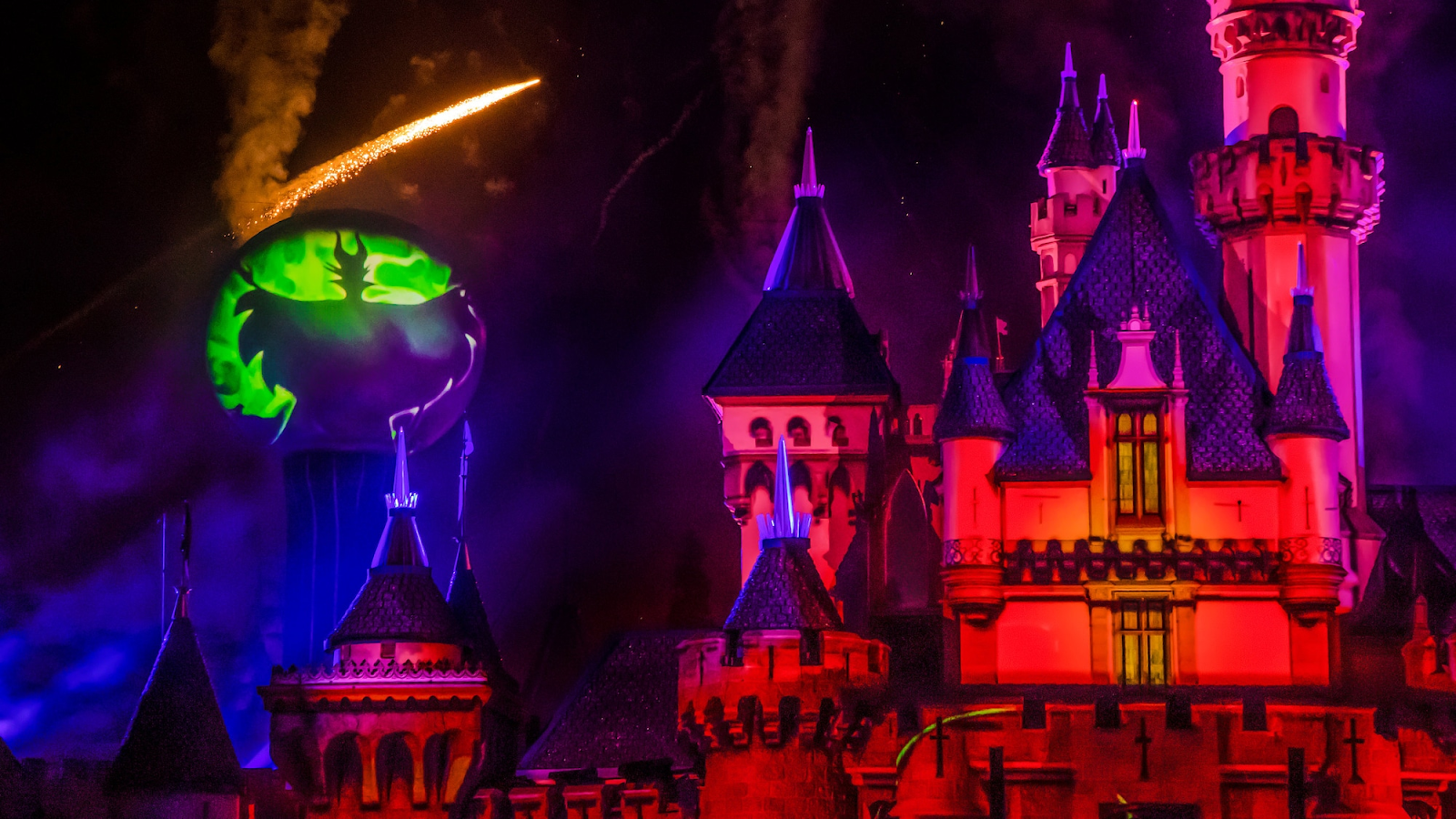 Halloween Screams, hosted by everyone’s favorite “Master of Scare-monies” Jack Skellington and his ghost dog, Zero, will be performed at Disneyland Park nightly during Halloween Time at the resort. Projections of ghosts, creatures, spirits, and frights all set to a classic medley of Halloween-inspired tunes, and some surprise guests in the form of classic Disney Villains will astound guests throughout the season.

It should be noted that while Halloween Screams will be presented regularly throughout the season, the show will only include fireworks on select nights so be sure to check your times guide when you’re visiting.

The show was originally performed nightly in 2009 during the Halloween Time season, but in 2010 began to show exclusively for guests of Mickey’s Halloween Party. This is the first year since that it will be available to all guests.

Oogie Boogie Bash, held at Disney California Adventure will offer exclusive entertainment this year. World of Color: Villainous is a brand new nighttime spectacular exclusive for the event and will premiere on September 17th and run for the 20 nights Oogie Boogie Bash is held at the park.

Want more Disneyland Resort Halloween fun? You won’t want to miss our photo tour of the decorations, characters, and treats that have arrived for the season!

Figment Fans Descend Upon EPCOT by the Thousands to Purchase the Figment Popcorn Bucket
What’s New This Week on TV + Streaming – January 16th-22nd, 2022
D23 Reveals Pricing for 2022 D23 Expo
Embrace the Chaos – Breaking Down the “Moon Knight” Trailer
TV Recap: “Secrets of Sulphur Springs” – Episode 201 and 202 – “Only Time Will Tell” and “No Time to Waste”