Well it wouldn’t be Halloween without an Oogie Boogie take over now would it? This year the Disneyland Resort will celebrate the spooky holiday at Disney California Adventure with the debut of Oogie Boogie Bash – A Disney Halloween Party. Featuring frightening fun, silly spooks, eerie entertainment, and culinary creations, this party will be the event guests talk about for a hauntingly long time!

Join the fun at Disney California Adventure for Oogie Boogie Bash – A Disney Halloween Party. Guests can participate in this special ticketed event on select dates during September and October. Tickets are on sale now and can be purchased through the Disneyland website.

Entry to Disney California Adventure park before the party is included with an Oogie Boogie Bash ticket. The after-hours party begins at 6 pm and guests will have the opportunity to play in the park for three hours before the event starts on Tuesday and Thursday nights (excluding October 29th and 31st) or four hours on Sunday nights, plus October 29th and 31st.

No Halloween party would be complete without an exciting lineup of entertainment. Oogie Boogie Bash will feature an impressive gathering of characters, both good and well, not so good. Guest can enjoy a spirited dance party, a classic parade, a brand new exclusive World of Color show and so much more!

Among the entertainment included in this new event will be an exclusive World of Color show titled “Villainous.” The show will be exclusive to the Oogie Boogie Bash events this year. Inspired by Disney Channel’s Descendants franchise, the DescenDance will join the Backlot area of Hollywood Land. This wickedly fun show will feature “the greatest dance crew from the Isle of the Lost to throw down and lead everyone in moves that are set to the biggest hit songs from the Descendants films.”

A new interactive stage production invites will feature Mickey Mouse and his pals as they throw a one-of-a-kind Halloween party. This show will allow younger guests to enjoy dancing, not-so-frightening scary-tales, and candy at the Disney Theater in Hollywood Land. 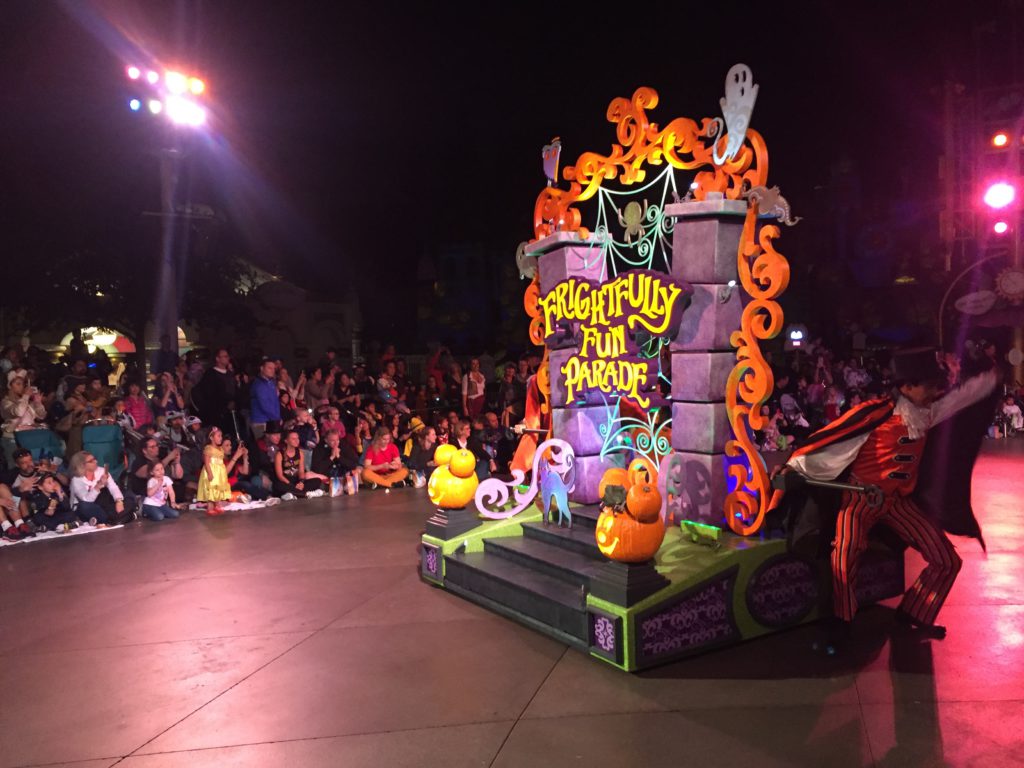 Making its way across the esplanade, the Frightfully Fun Parade from Mickey’s Halloween Party will join this new event. Following a run by the Headless Horseman, a procession of Mickey, Minnie, and many of their villainous peers will make their way through the park. 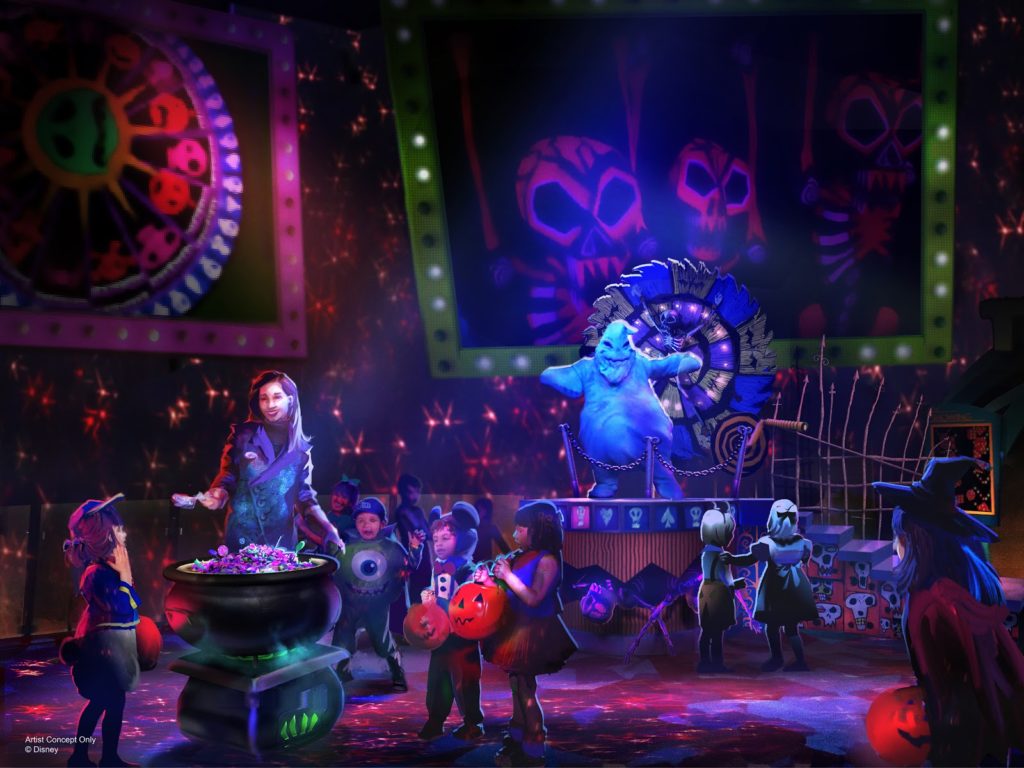 What’s a Halloween Party without the candy? Oogie Boogie Bash will have plenty of it! Along some treat trails, characters such as Mad Hatter from Tim Burton’s Alice in Wonderland and even Oogie Boogie will surprise and delight. The wooded area of the California Adventure will be transformed on event nights allowing guests to enjoy something completely new during Oogie Boogie Bash. “This new experience unfolds in a series of scenes, each creating a hauntingly beautiful dream-space of color, sound, light and shadows, as stories emerge from the darkest night to create an enchanting world.”

Guests will have the chance to meet several Disney villains and other favorites for special photo ops and more.

1 of 13
Laughing Place recommends MouseFanTravel.com for all your Disneyland Resort travel planning