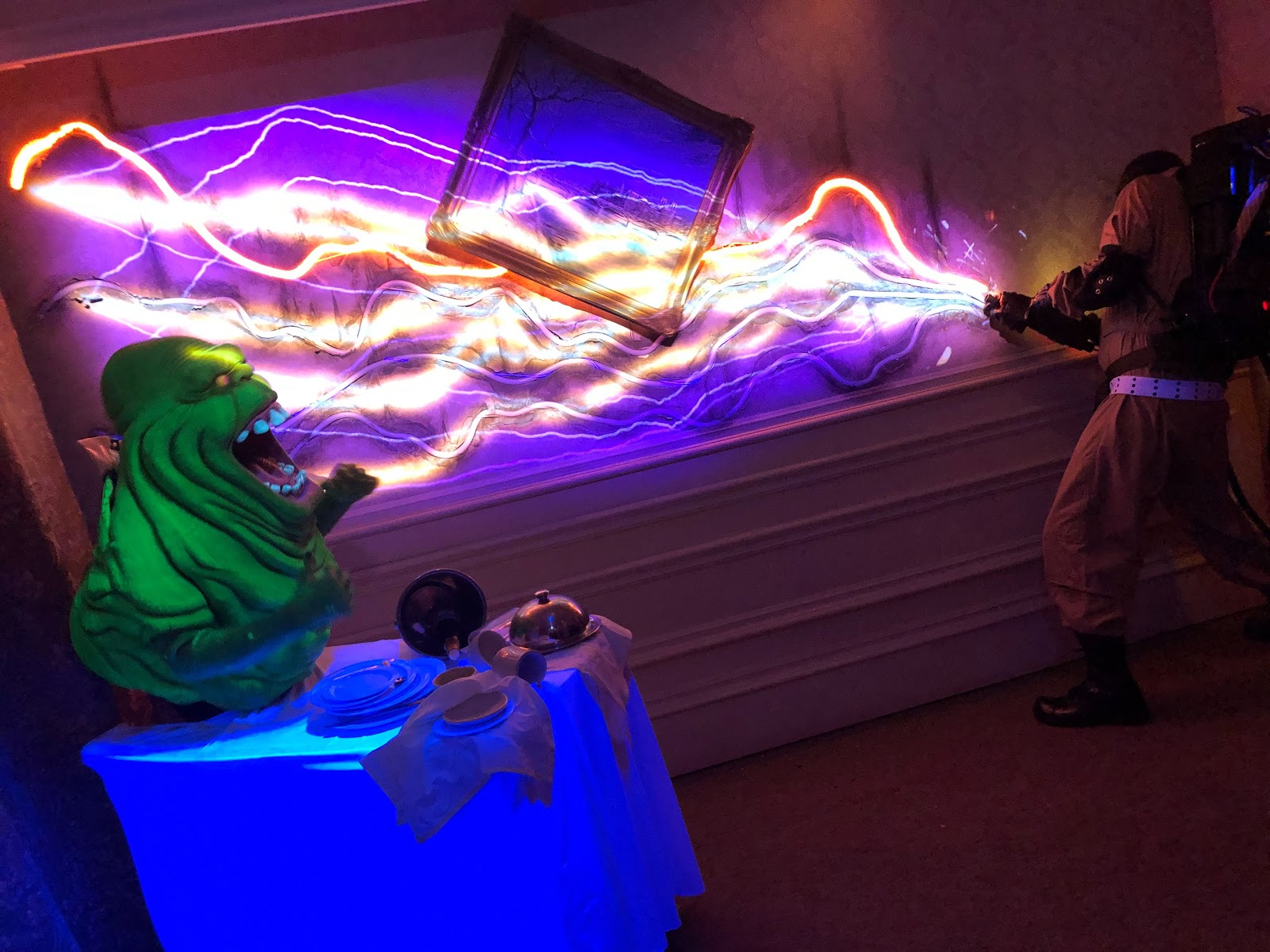 In the videos below, I’ve assembled a walkthrough of each 2019 maze at Universal Studios Hollywood, complete with all the eerie atmosphere and jump-scares you’d expect from one of Los Angeles’s most popular Halloween destinations. I’ve also taken the liberty of ranking all the mazes (from my personal favorite to least favorite) in a totally subjective list that will hopefully help you prioritize your trip to Halloween Horror Nights.

2019’s seventh highest-grossing movie of the year so far, not to mention its highest-grossing horror movie, also happened to be distributed by Universal. That made Us an obvious choice to get the Horror Nights treatment, but its off-the-beaten-path subject matter also seemed like it would prove a challenge to the event’s creative director John Murdy and his team. Not so– as the doppelganger story actually made for perfectly creepy maze fodder, utilizing the film’s bookend carnival locale and hauntingly menacing villain characters to wonderful effect.

More comedy than horror, Ghostbusters is another movie with questionable value to the Horror Nights traditions, but the finished maze further establishes that this particular art form need not rely on scares alone. Re-creating scenes like the Ghostbusters’ firehouse lobby, the basement Containment Unit, the New York Public Library, and the Sedgwick Hotel showdown with Slimer had fans shivering with nostalgic glee, and that all built up to the climactic rooftop confrontation with the Stay Puft Marshmallow Man. I love this town.

This maze actually evolved from last year’s Scare Zone of the same name, and builds upon the concept by featuring more vignettes and rooms inspired by the major American holidays throughout the year: New Year’s Eve, Valentine’s Day, St. Patrick’s Day, Easter, Independence Day, Halloween, and Thanksgiving. The maze then empties out directly into the “Christmas in Hell” Scare Zone, which puts a twisted yuletide button on the well-executed experience.

Anthology mazes don’t usually do it for me, as I tend to prefer a unifying theme or narrative to hold everything together, but there is enough jaw-dropping production design in Creepshow to hold anyone’s attention through each individual section. It’s a mix of segments from the original 1982 film and Shudder’s new Creepshow series, and the contrast in concepts can be jarring, but ultimately the maze is a worthwhile walk-through.

Classic horror and John Murdy’s Halloween Horror Nights seem to go hand-in-hand, as the creative director is a great appreciator of the entire history of frightening films. 2019’s monster-movie tribute is Frankenstein Meets the Wolf Man and from the moment you walk into the gypsy camp entrance, you can tell how much love went into its construction. This maze gives us a taste of what Horror Nights would feel like if it had existed in the 1940s, and that’s a great thing.

I personally feel as though “scary clowns,” as a theme, have been done to death at Knott’s Scary Farm and other Halloween haunt events, so I wasn’t terribly thrilled to go through this maze. It’s very brightly colored and goofy, which at the very least puts it into stark contrast with most other experiences at Horror Nights, but unless you’re a big fan of the cult 1988 horror-comedy film, there isn’t much about Killer Klowns from Outer Space I would consider must-see.

The second original maze concept– this one based on the Greek myth of Pandora’s Box– was very frustrating for me because I felt like I kept missing things. There was what seemed like a cool opening moment in a curio shop in the first scene, but because I was among the last of a group ushered into the entrance, I didn’t get to see it. That pattern seemed to follow me through this day-glo black-light extravaganza. Otherwise it didn’t really do much for me.

Another cult horror movie that I don’t have much interest in, House of 1000 Corpses has been translated into your standard slasher maze. There are a handful of interesting tableaus scattered throughout, but (again) unless you know and love the film, this one is probably skippable.

This year’s Stranger Things maze wins the prize for most disappointing experience at Halloween Horror Nights 2019, if only because it comes after the Netflix series’ strongest season yet– which is barely (and I mean barely) represented in the walk-through. Most of what we see is Demogorgon jump-scares and guys in hazmat suits looking at pumpkins from season 2. Maybe next year.

(Not counting “Christmas in Hell,” which is really an addendum to the Holidays in Hell maze.) Best: “All Hallow’s Evil,” which– as I joked on Twitter– answers the question, “What if Halloween was spooky?” Worst: “Fallen Angelz.” With a couple statues and a few monsters with chainsaws walking around near the Universal main gate, it’s a stretch to even call this one a Scare Zone.

Going back to Stranger Things for a moment, fans of season 3 will find solace in the presence of a “Scoops Ahoy!” ice cream stand and “Starcourt Mall” food court kiosk on Universal’s lower lot. I got a kick out of both. 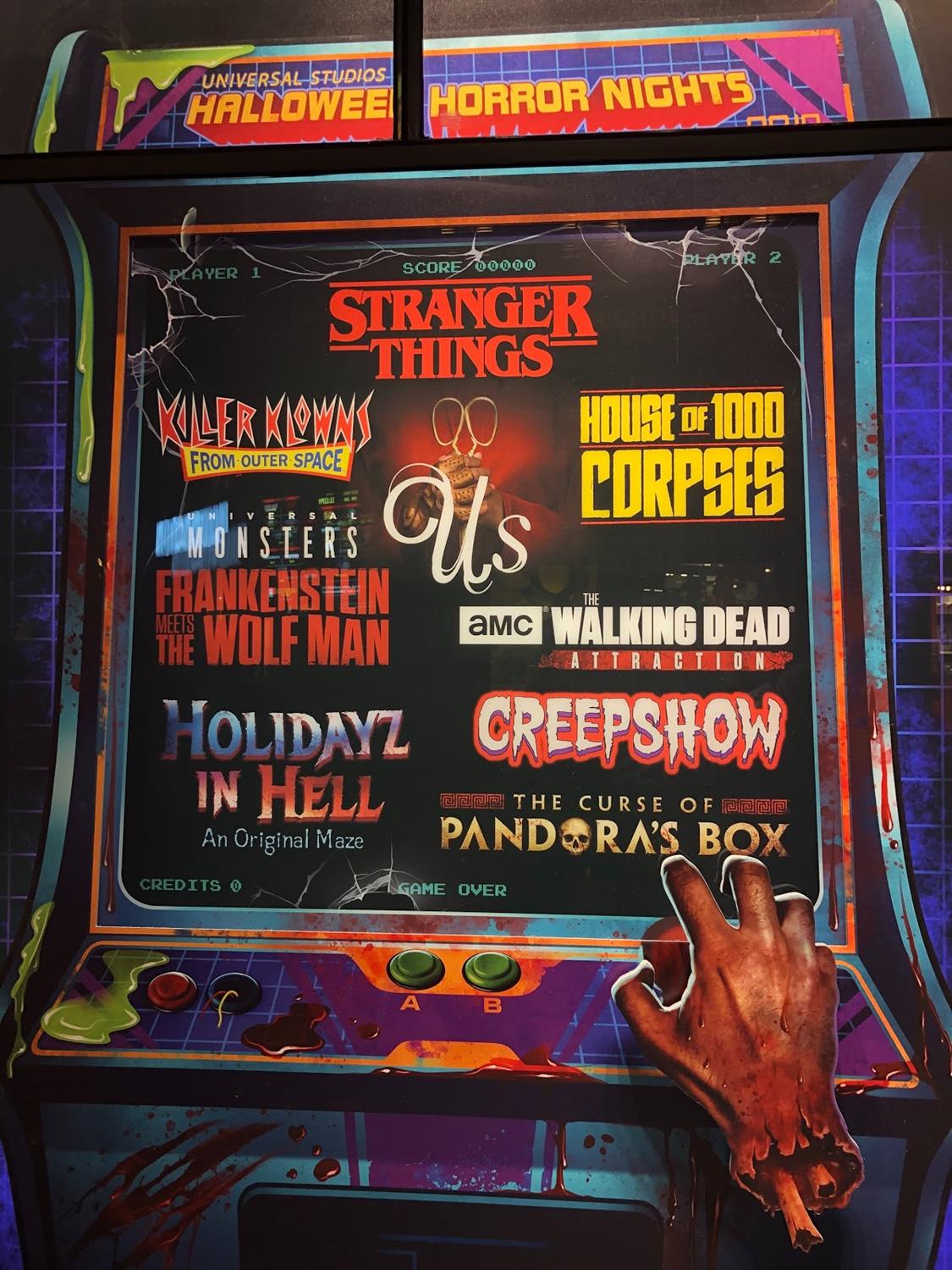 Halloween Horror Nights 2019 runs on select nights from now through Sunday, November 3 at Universal Studios Hollywood in Los Angeles, California. For more information and advance ticketing resources, be sure to visit the park’s official website.