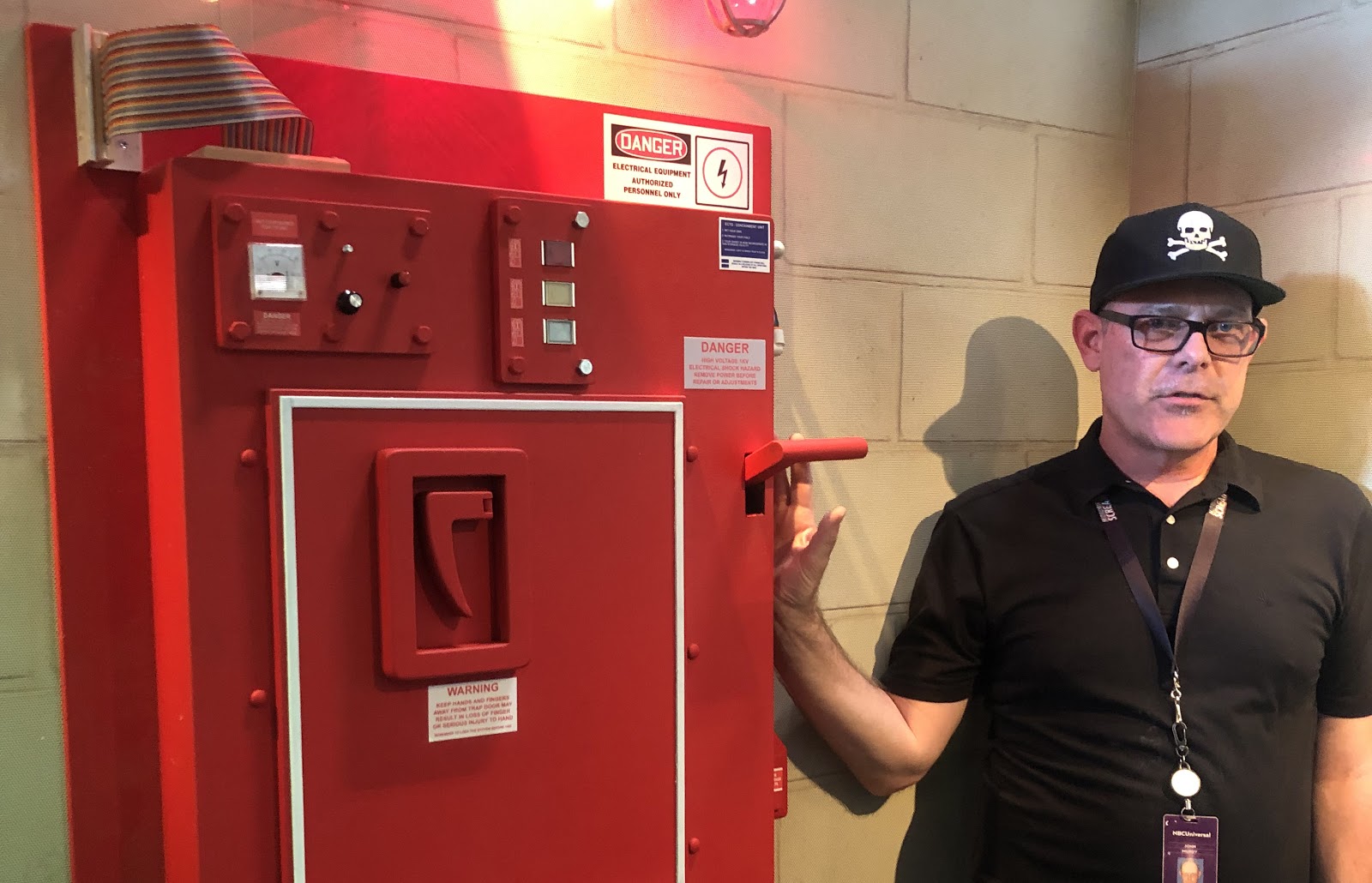 Though it was one of the highest grossing films of the 1980s and remains a perennial favorite to this day, Ghostbusters has never stood out as a likely candidate for a Halloween maze or haunted house. Its emphasis was always on laughs over pure fright, and a big selling point of the original movie was the actors who inhabited the roles of those working-class parapsychologists-slash-exterminators who set up shop in a spook-infested New York City.

That’s why this year’s Ghostbusters maze at Universal Studios Hollywood’s Halloween Horror Nights is so intriguing– as soon as it was announced I wonder how they were going to pull it off. And who better to walk us through the experience (nine days ahead of its opening) than Horror Nights creative director John Murdy? This afternoon, we were fortunate enough to meet with Mr. Murdy on the Universal Studios Hollywood backlot for a lights-on walking tour of the Ghostbusters maze, and to learn how he and his team set about bringing the horror-comedy classic to life at one of the most popular theme park Halloween events in Southern California.

“When I started doing [Horror Nights] in 2006, we were almost exclusively focused on slashers,” Murdy explained. “We did Freddy, Jason, Leatherface, Michael Myers… we defined our brand as being ‘bringing horror movies to life,’ and that’s what we did. But a funny thing happened over the last fourteen years– I’ve done a hell of a lot of horror movies. It encouraged us to branch out and try different things. Years ago I started doing the music ones with Alice Cooper and Black Sabbath, we did original Latino myths [like] La Llorona… we’re always looking for ways of branching out.” Terror Dogs as they appear in the original "Ghostbusters" movie.

“So when [Ghostbusters] came up in conversations with Sony, it was honestly something I hadn’t thought of before. In all of these years and however many mazes, we’ve only done comedy-horror once, maybe twice. We’ve done This Is the End, we did From Dusk till Dawn the TV series, which was kind of comedic, but not a movie that was a comedy [first], and then a horror movie.”

“It really hadn’t been on the top of my mind, [but] we knew the new movie was going to be coming out next year, we knew it was [the 35th] anniversary this year for Ghostbusters, so when we really started to think about it, we started going down the list [of ghosts]– the Terror Dogs, the library ghost, we were like, ‘Actually, there’s a lot of cool stuff in this movie.’” Our tour began in front of a facade replicating the Ghostbusters’ firehouse in what looked like around one-third scale. “We have entertainment [outside] before you ever go in the maze, including the taxi driver ghost. You’re gonna pass by [a] New York cab and inside is an animated figure. He’s switching channels on his radio and you’re getting the ‘ghost fever has gripped New York’ soundbites from the movie, also little snippets of the Ghostbusters theme song and little songs on the radio.”

“Also [outside] is Louis Tully in his possessed mode, with the crazy hair and the red eyes and all that. Louis is going to be part of a Horror Nights tradition that I started probably ten years ago with Eli Roth, that we call our Twitter Password Game. During the event, every night I tweet a password [on the @HorrorNights Twitter account]. ‘If you give this password to this character in front of this maze, you might get something in return.’ We’ve done it through the last ten years, and it’s always changing, what we give away.” “We enter the maze around the corner, [where we see] Janine Melnitz’s desk, the beleaguered secretary played by Annie Potts in Ghostbusters. We wanted Janine doing what Janine does, so when we get to this point in the maze, you’re getting the sense outside that things are going bad in New York City. The ghosts have escaped out of the Containment Chamber, and the game is on. Sometimes you’ll see Egon bust through [the] door, and he’s carrying one of the traps. Sometimes it’ll be Winston. We mix it up; you’ll see different Ghostbusters depending on when you go through the maze. This is all pretty much just setting up the story of Ghostbusters. There’s nobody in here jumping out and [screaming]. And then we go into the Containment Chamber.”

“As soon as we come in here, everything’s going to hell. The lights are going off, the sirens are ringing. We take a left turn at this point in the maze, and when I pitched this to [director] Ivan Reitman and his son Jason, who’s doing the new movie, [I described] a scene in the original draft of Ghostbusters that Dan Aykroyd wrote, where there was a camera that allowed the Ghostbusters to look inside [the Containment Unit] and see what the ghosts are doing. I said, ‘I want to go inside.’ I always wondered what happens inside the Containment Chamber. In the script, the ghosts were just bored, like guys in a prison. I thought it was a funny idea, and it would allow us to get out of the real world and into the spirit realm. That becomes a theme in this maze.” 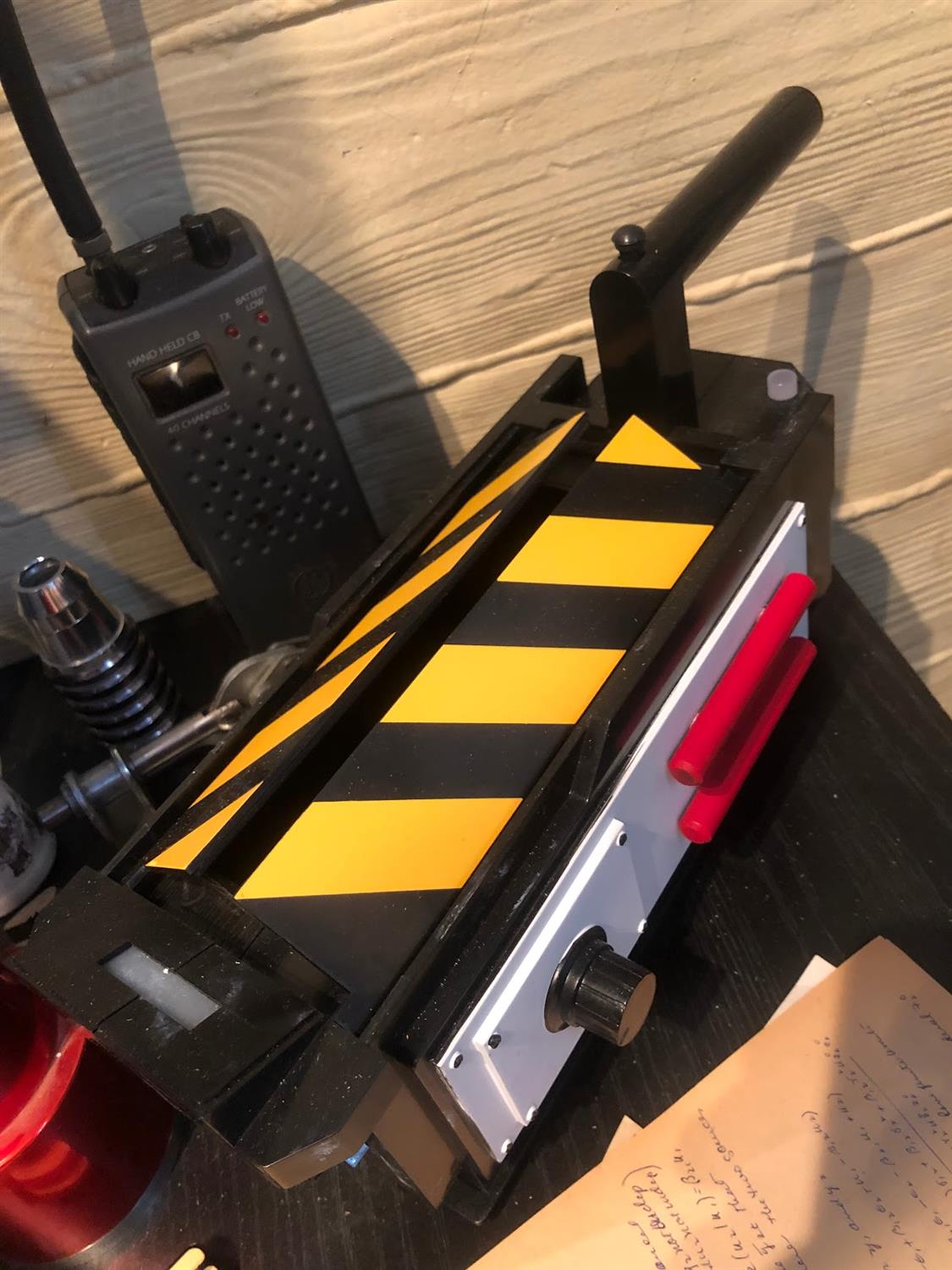 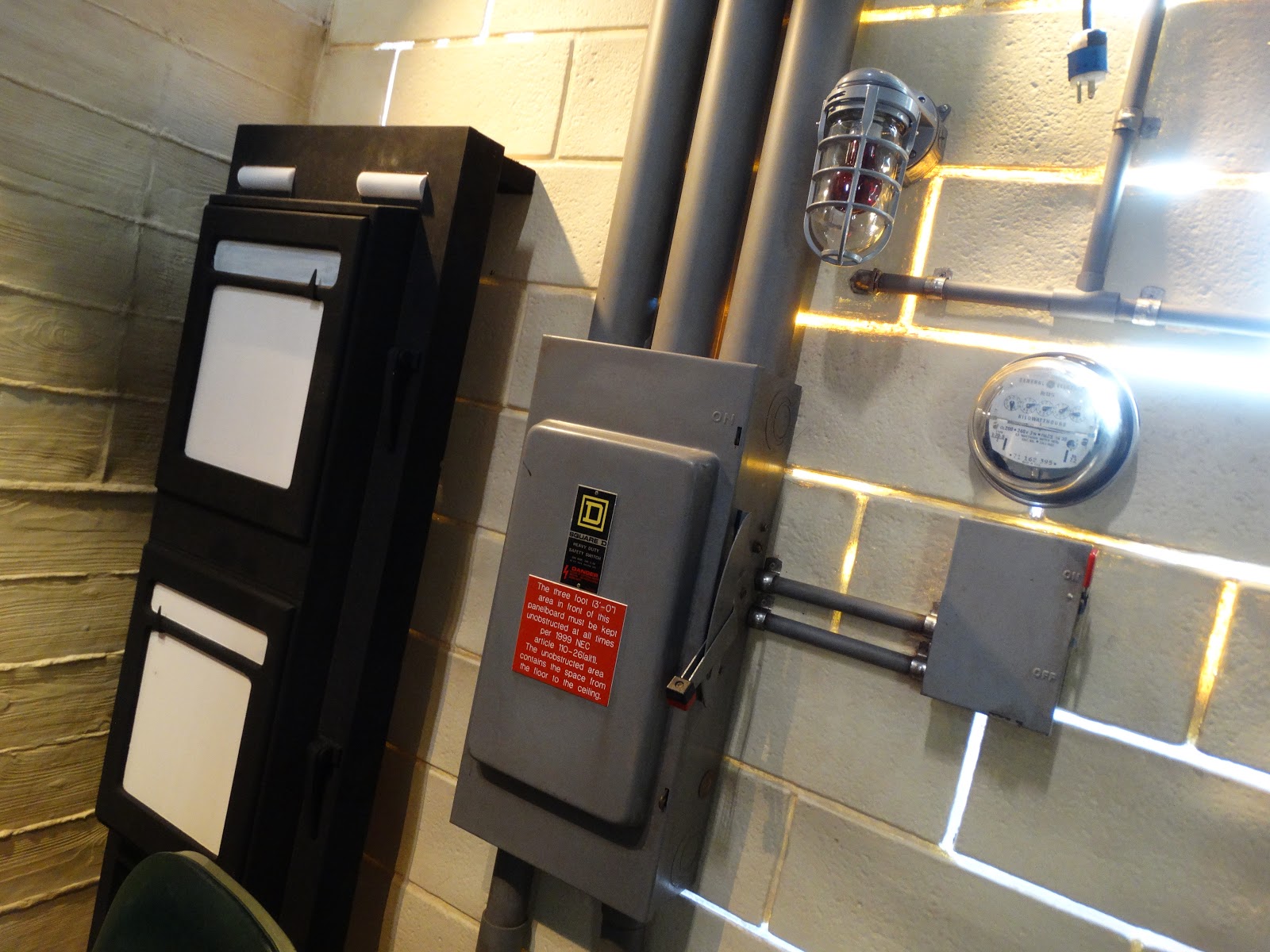 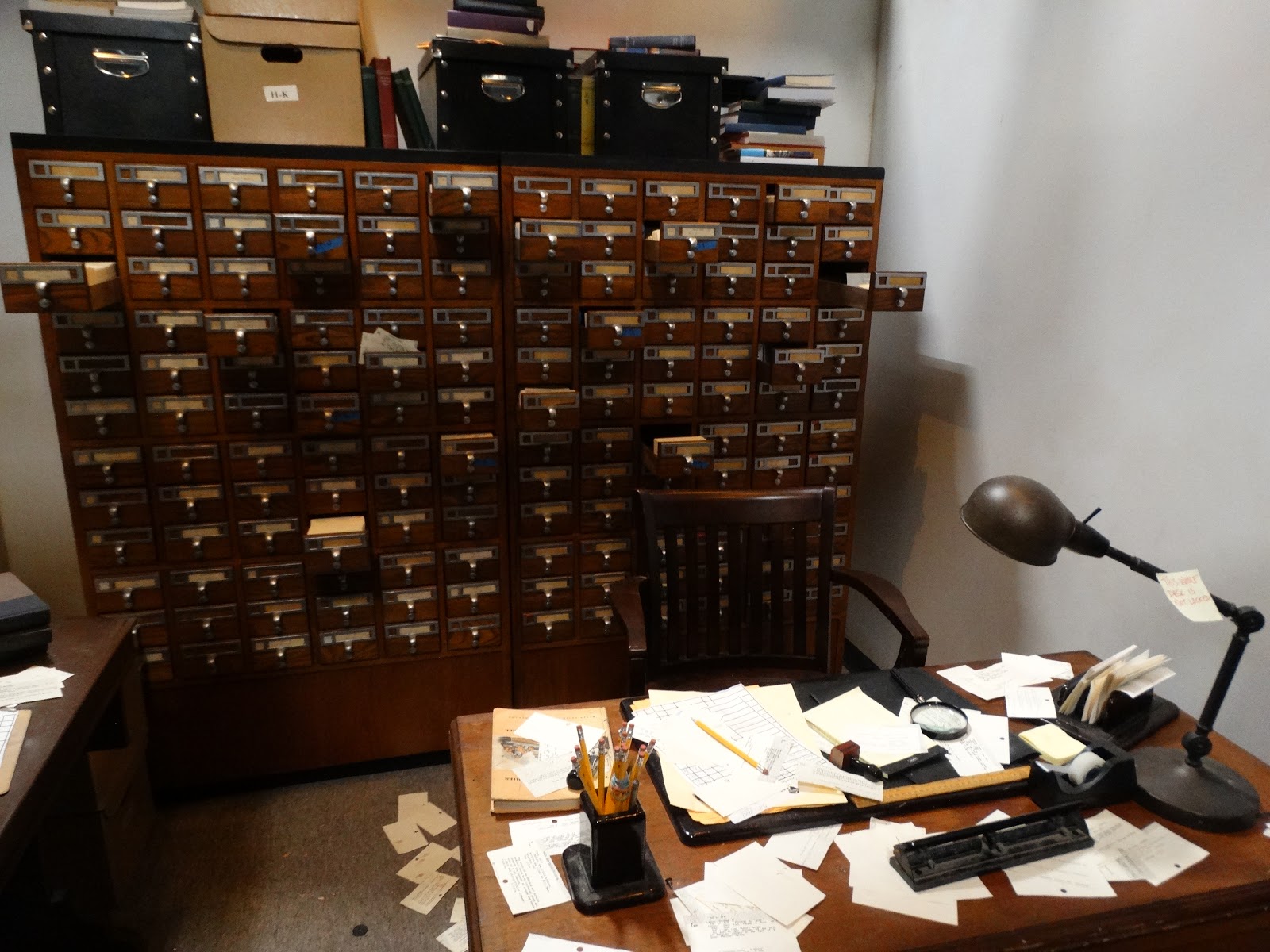 “We [also] borrowed an idea from the [Ghostbusters] video game. In the video game, there’s psychomagnotheric portals, basically the ectoplasm slime creates portals that allow you to go back and forth between the spirit world and the physical world. We liked that idea because it allows us to get you from a presentational scene into a dark environment that’s set up to scare you, or set up to do black-light illusions.”

“It’s going to be a very different maze from anything we’ve ever done before. Tone-wise, when you exit this maze, hopefully you’re laughing and smiling and having a good time. I don’t think this is like, ‘We’re gonna scare the crap out of you.’ I think it’s a different tone, because that’s what the movie is. It should be a little bit more fun.” 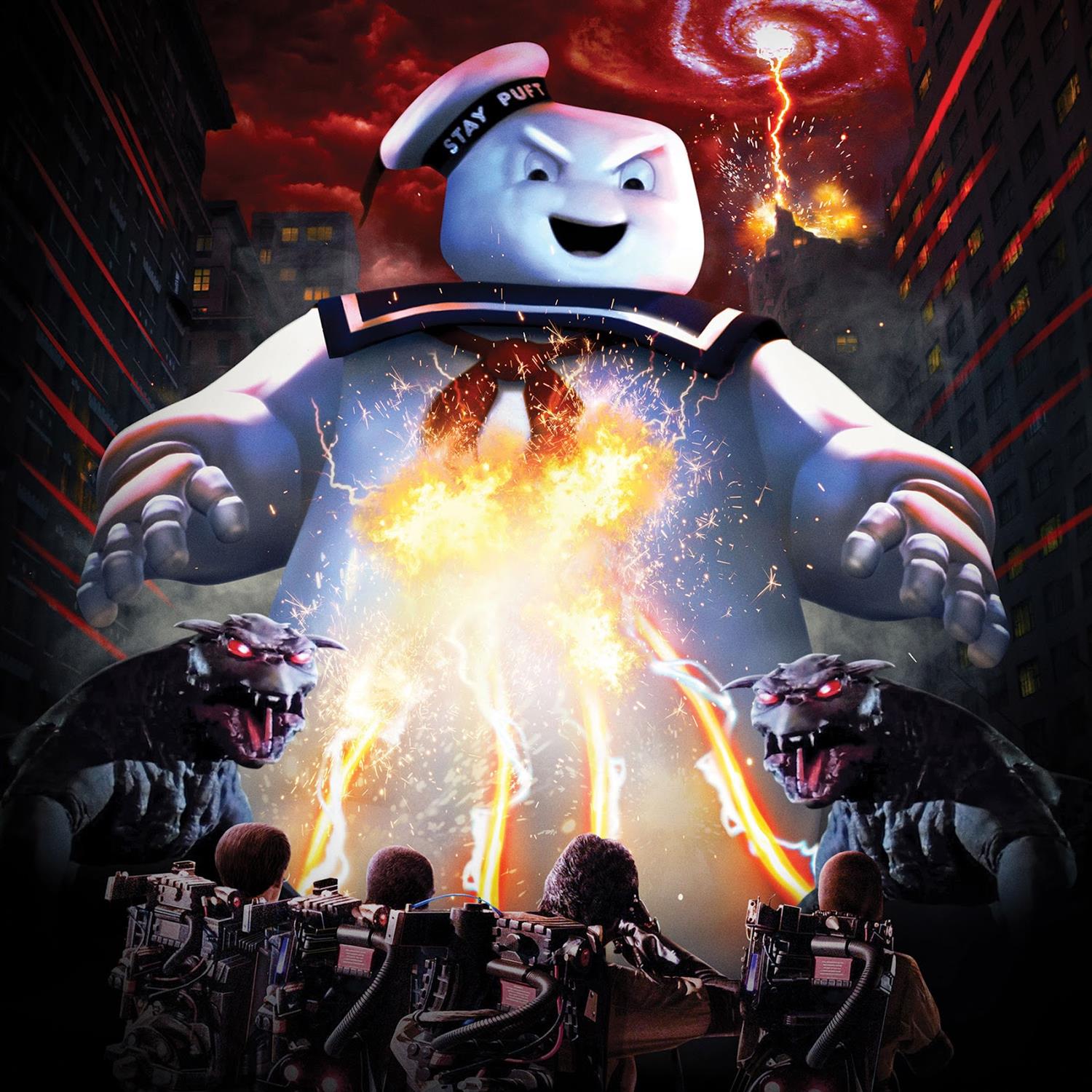 Murdy went on to walk us through scenes depicting the library, Sedgwick Hotel, and Dana Barrett’s apartment from the movie. He also pointed out Easter Egg references to the sequel Ghostbusters II and the 2016 reboot starring Kristen Wiig. I don’t want to spoil the final room in the maze, but I will say that I audibly gasped when I came around the corner and saw what the minds behind Horror Nights had put together. As a lifelong Ghostbusters fan, I was seriously geeking out throughout the entire tour. I have to admit it was very cool to see so many details and locations from the original film realized within the confines of the maze, and I’m definitely looking forward to seeing how it looks and feels when populated by ghosts and other scare actors during the event.

During our visit to Universal today, we were also given the opportunity to walk through the Killer Klowns from Outer Space and Creepshow mazes (without John Murdy as our guide), which also look very cool. 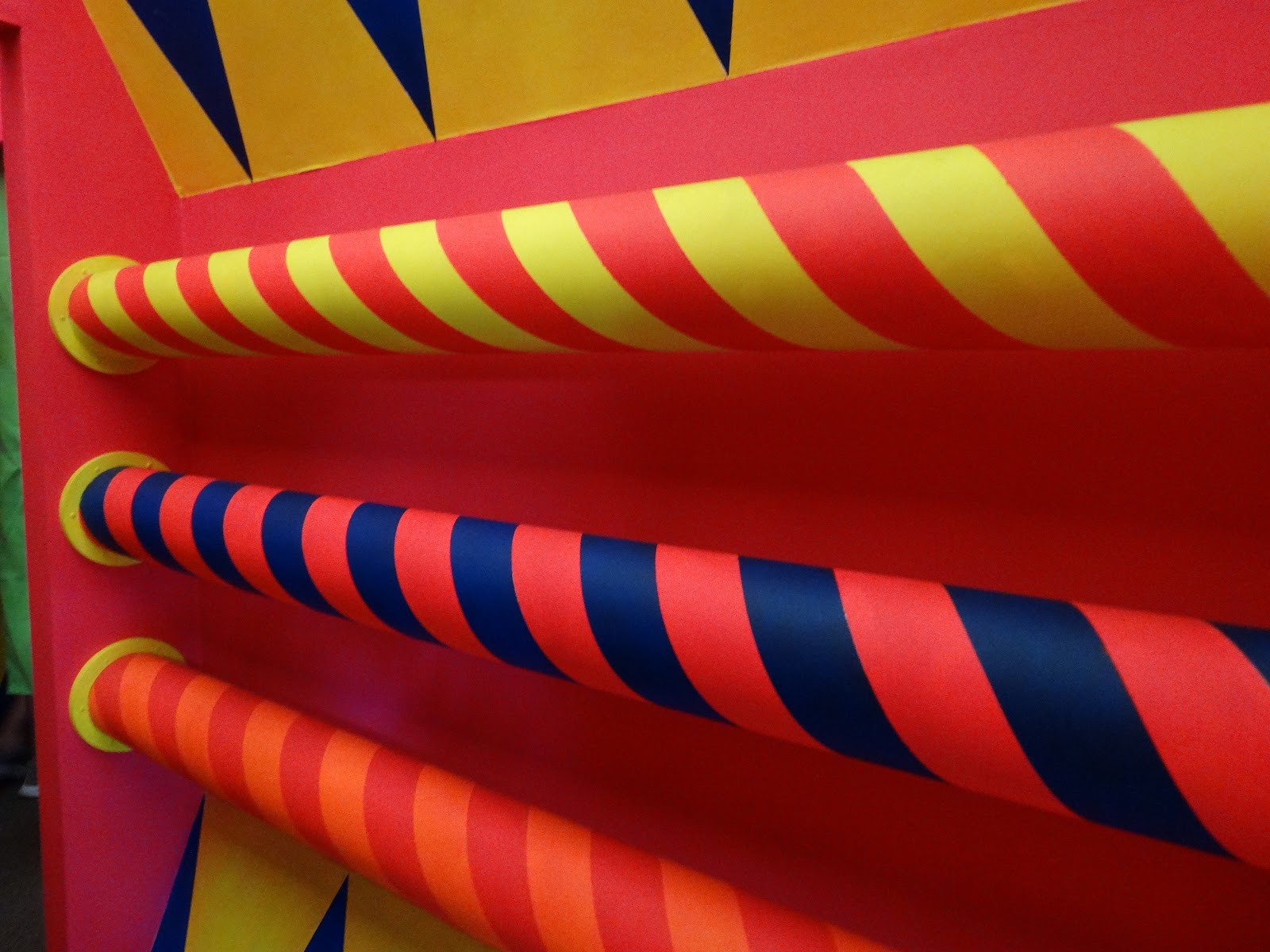 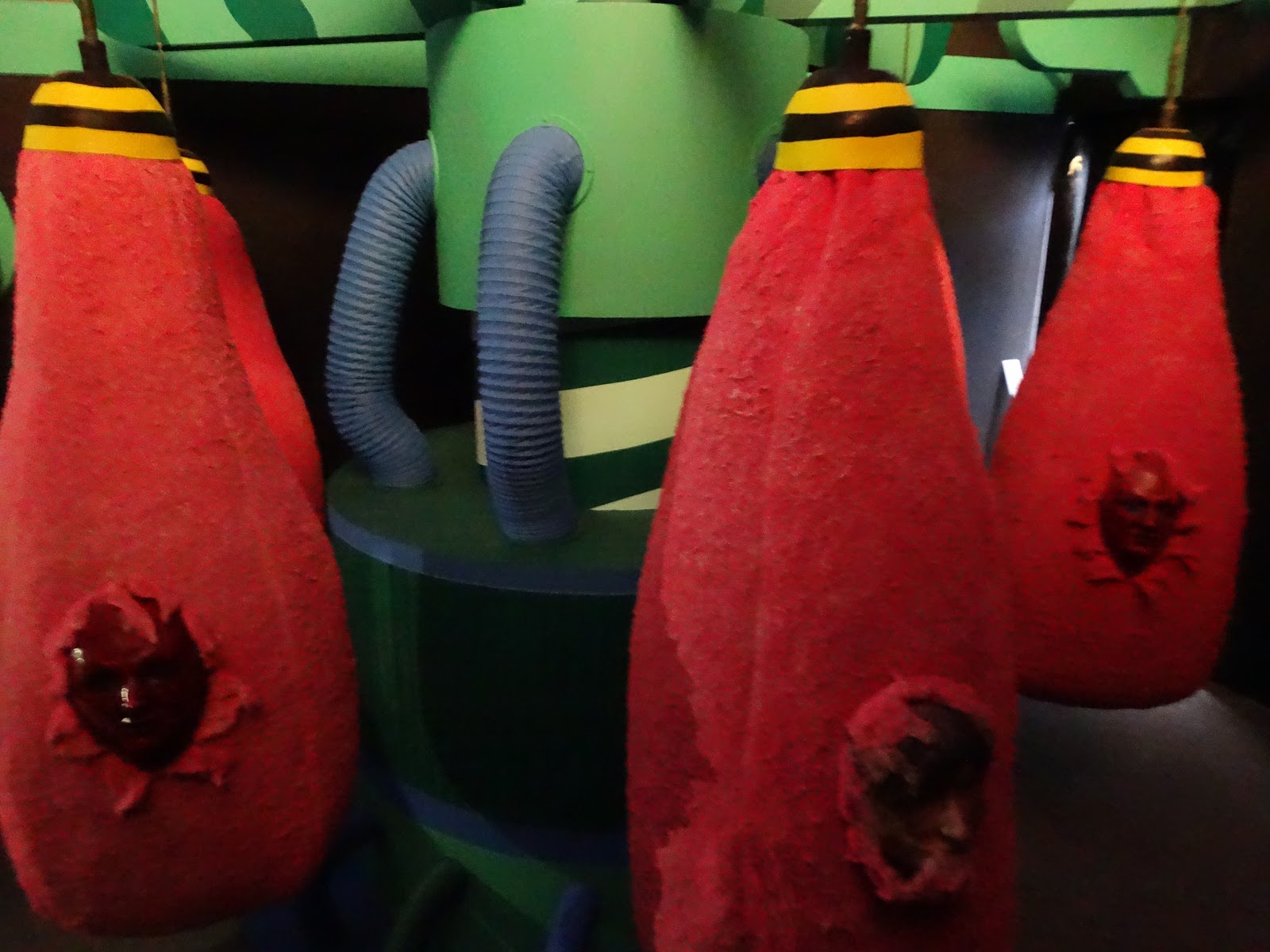 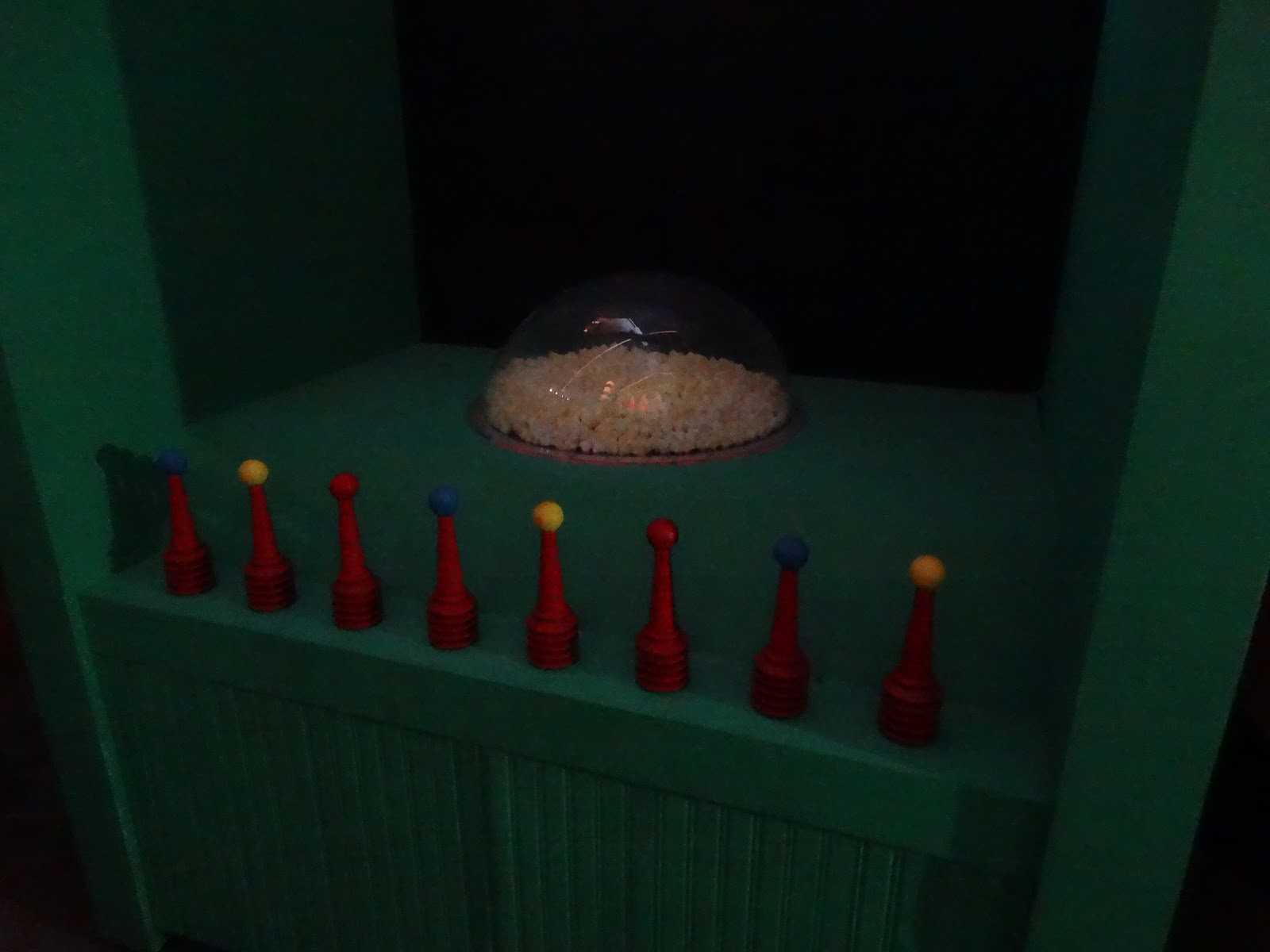 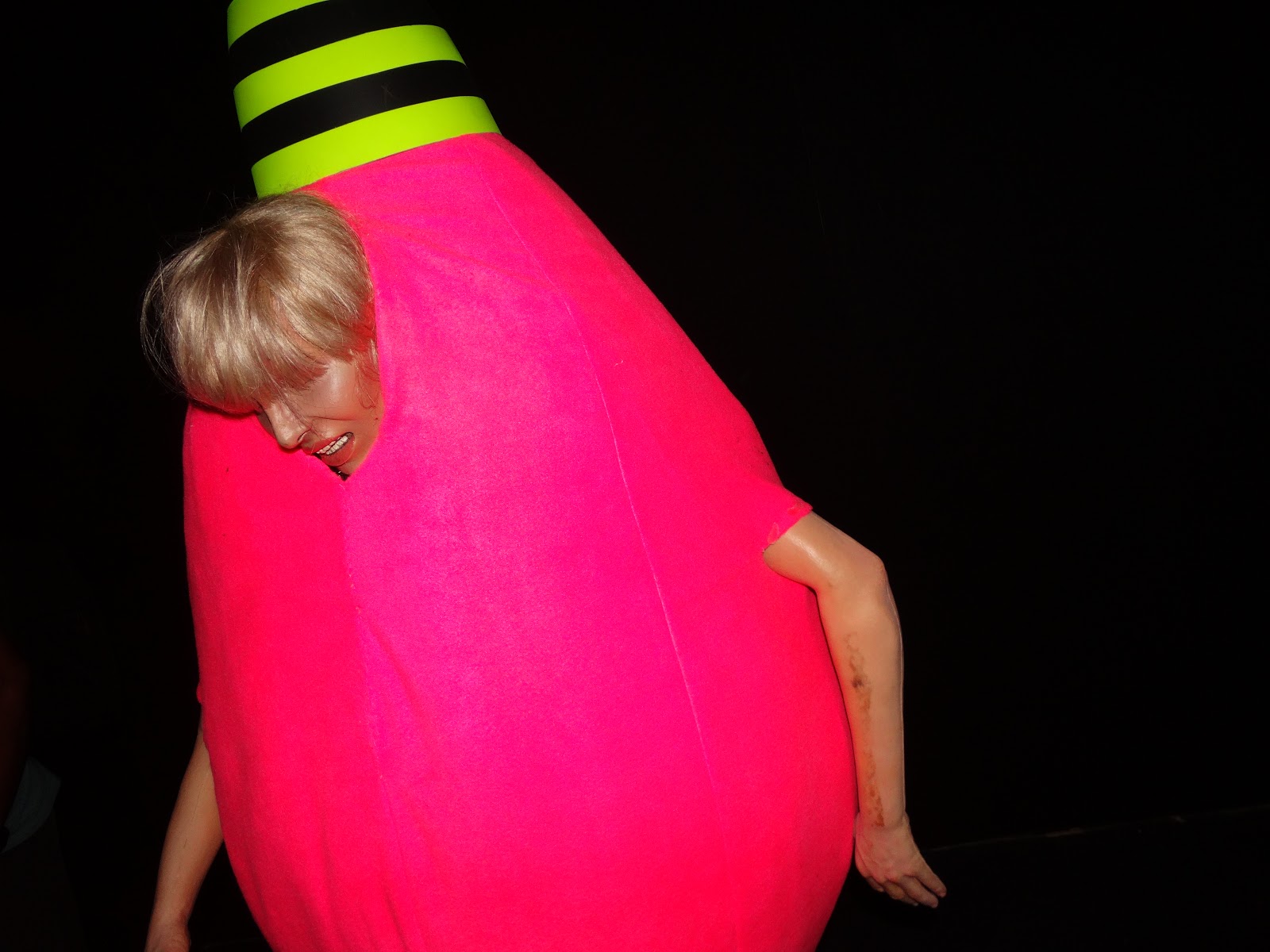 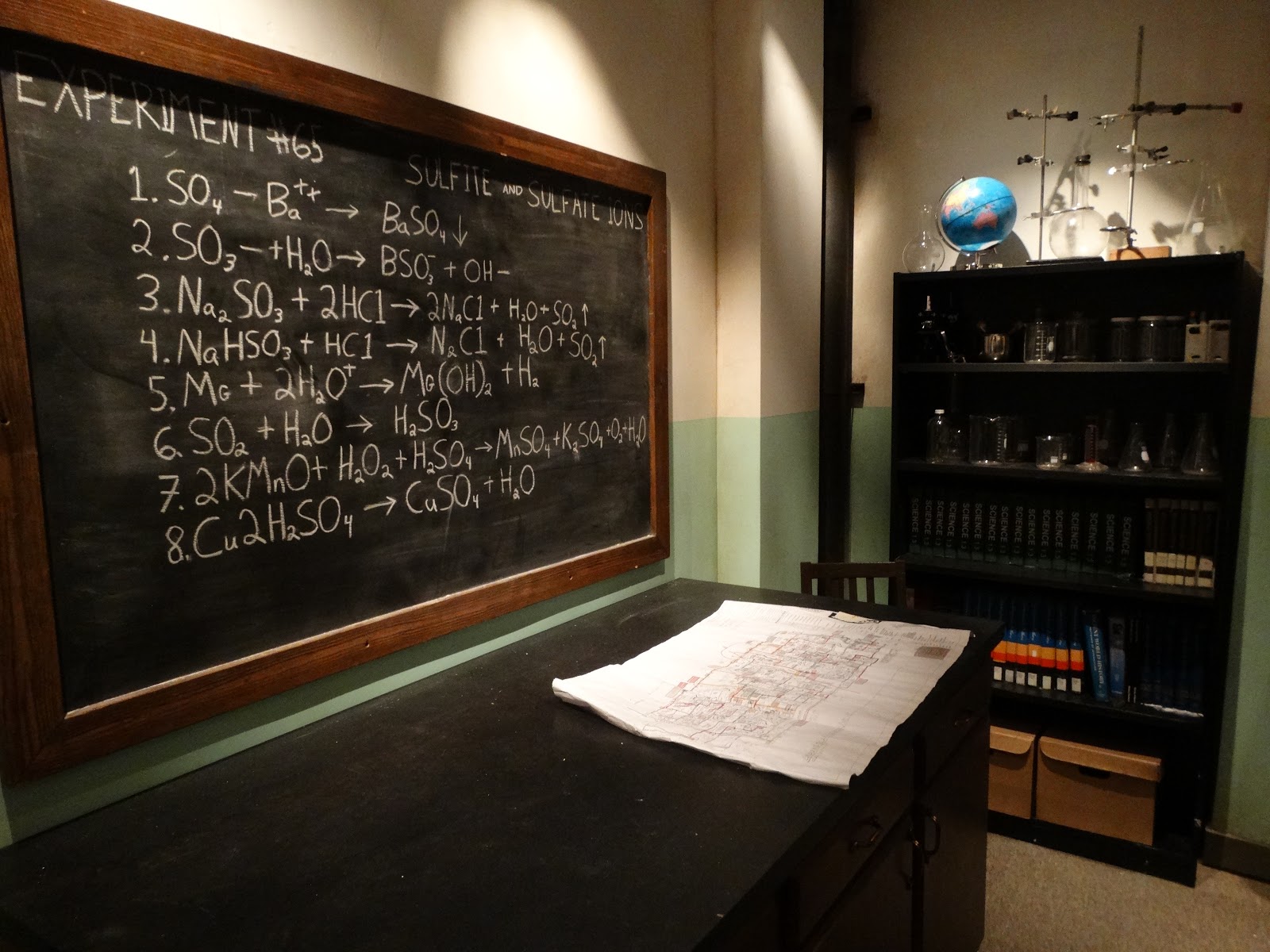 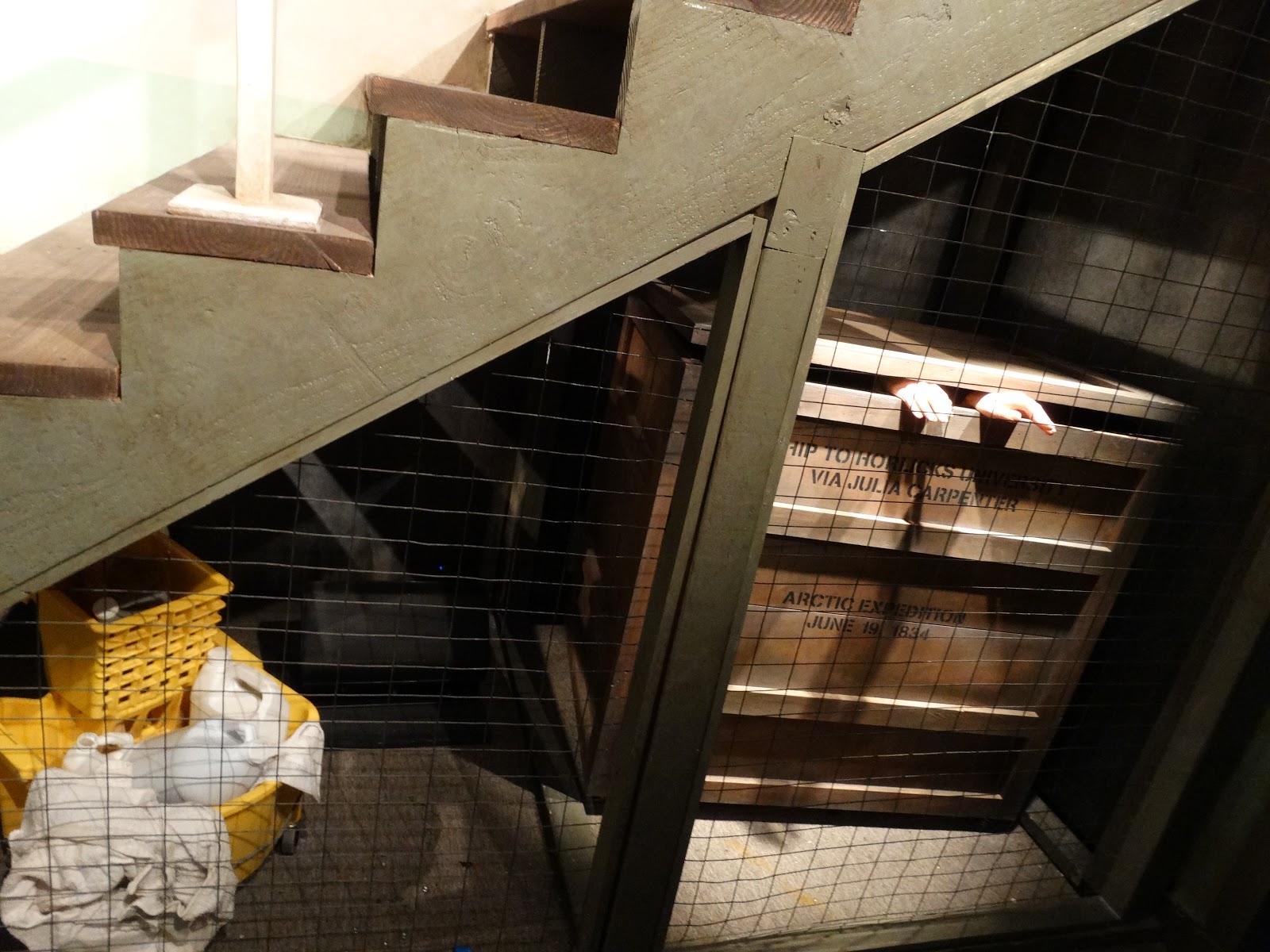 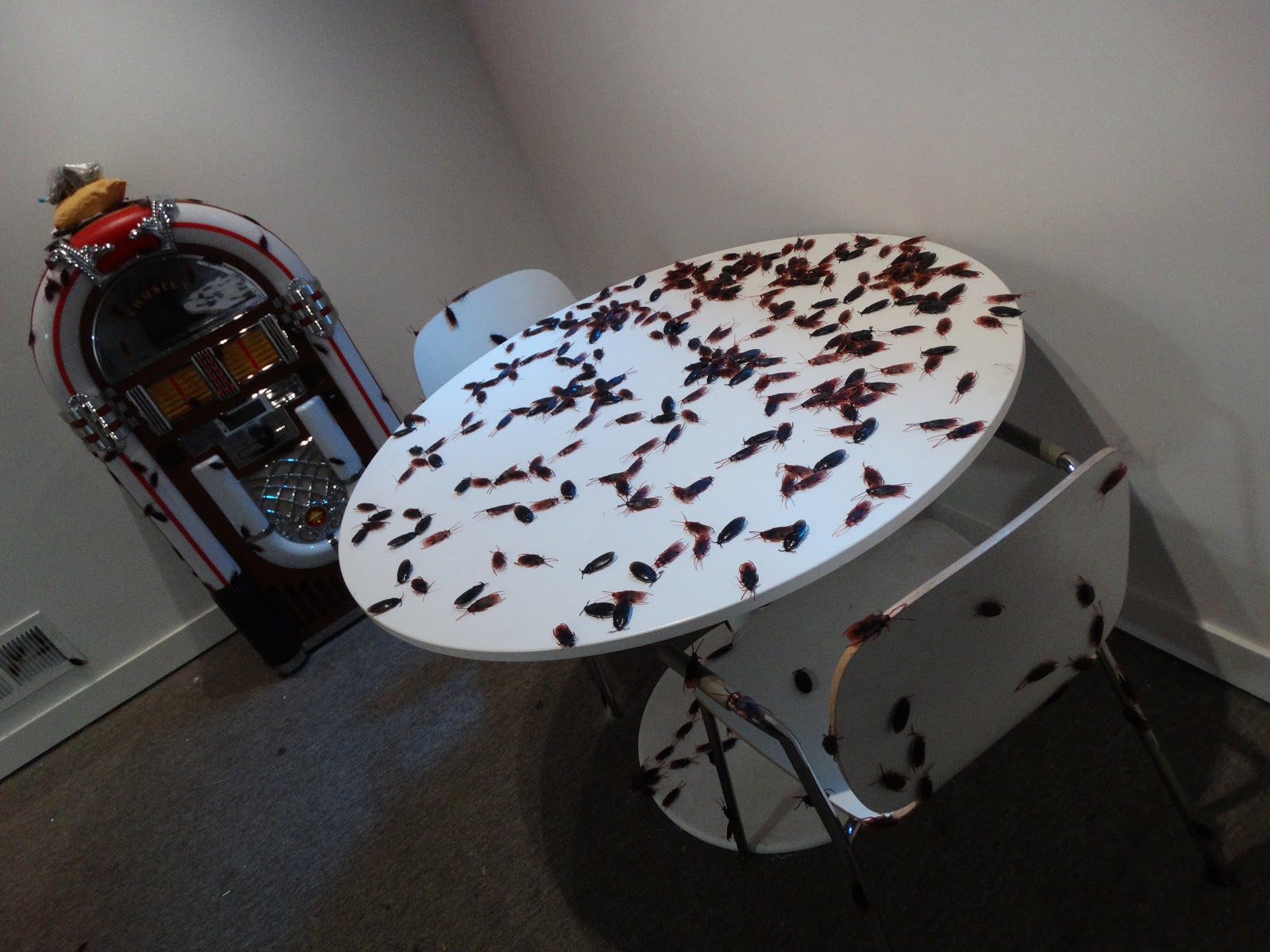 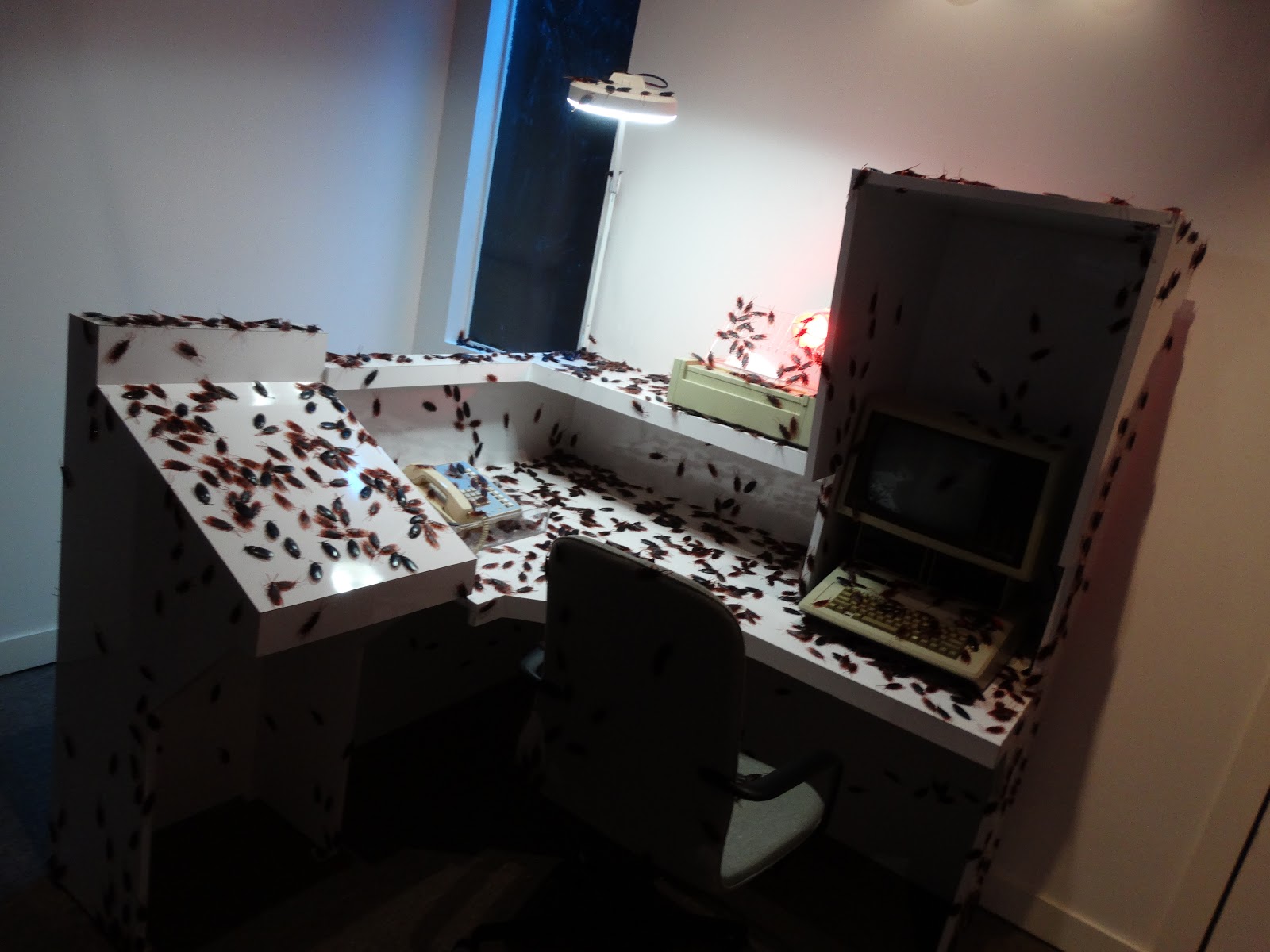 Halloween Horror Nights begins Thursday, September 12 with a special Fan Preview night and then runs Thursdays through Sundays until November 3 at Universal Studios Hollywood in Los Angeles, California. For more information and advance ticketing resources, be sure to visit the park’s official Horror Nights website.