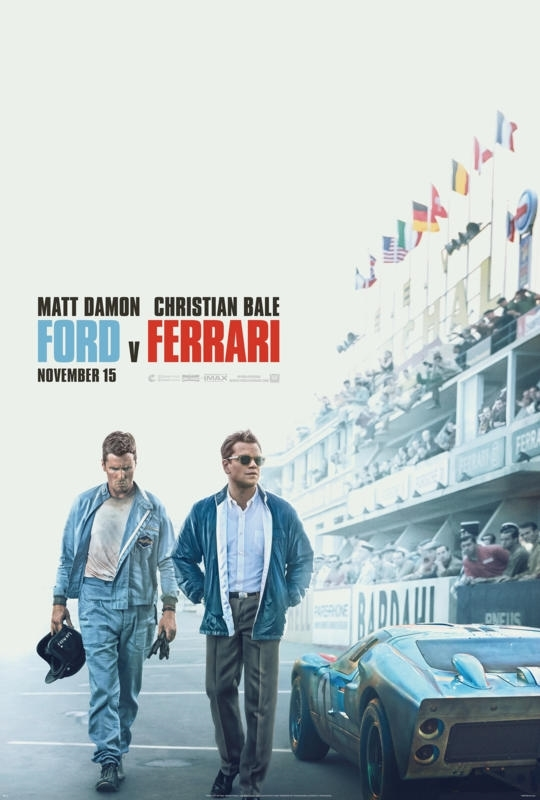 You don’t have to be a motor head to know the name “Shelby” and you don’t have to be a car enthusiast to fall in love with Ford v. Ferrari. In an earnings call earlier this year, Bob Iger cited this as the one Fox film he really enjoyed when speaking about the studio’s disappointing box office earnings from the slate of unreleased films that came with the acquisition. We’ll see if Mr. Iger’s optimism will pay off when the film hits theaters on November 15th, but I left the theater enthusiastic about it.

The title of the film comes from a feud between the two motor companies that plays in the background of the main storyline. The film really follows Carrol Shelby (Matt Damon, Fox’s We Bought a Zoo) and his racing friend Ken Miles (Christian Bale, Touchstone’s The Prestige and Disney’s Newsies) as they get caught up on the Ford side of the feud. Part of the allure of the picture is watching these two men who followed their automotive dreams get caught up in a game of corporate politics that they couldn’t care less about. Christian Bale delivers an absolutely brilliant performance. He really steals the entire film from about a minute into just first scene and he also offers some of the film’s biggest laughs (the biggest belongs to Tracy Letts (Fox’s The Post) as Henry Ford II. As recognizable as Christian Bale is, he manages to craft a performance that feels like a completely different person. What he does here is masterful.

The race sequences are handled with a high level of energy and excitement. As a viewer who can’t sit through a NASCAR race without being bored to tears, I was surprised by how engaging and gripping these scenes were. It helped that the shots didn’t linger too long on the track, cutting back to the behind the scenes drama that Shelby is fielding from a particularly pesky Ford executive. 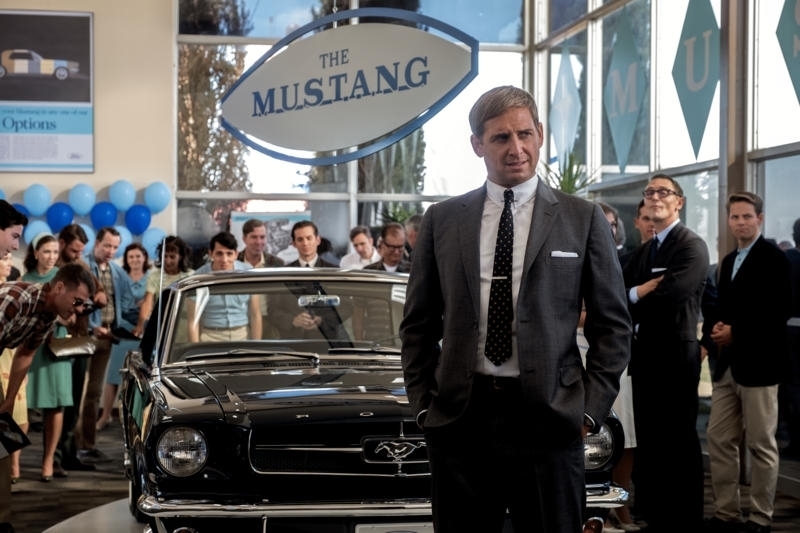 Another fun element is the 1960’s period setting. A lot of care and attention to detail clearly went into this, with some Los Angeles icons being restored to their former glory and staples of the era, like PanAm, carted out to remind you of the era you’re in. And while it may be coincidental, there’s a lot of coverage by the American Broadcasting Company (ABC) peppered throughout. I’d say Iger’s comments were nepotistic, but the film really speaks for itself and it’s just that good.

There’s a bit of irony in the fact that earlier this year, Fox released another film with a Ferrari theme. And it’s a bit poetic that Ford v. Ferrari is forecasted to outgross The Art of Racing in the Rain, mirroring the real outcome of Le Mans 66 (the film’s international title). This is a film about not taking no for an answer, American ingenuity, and never giving up on your dreams no matter the cost. It speaks to the human condition and you’re going to love it.

I give Ford v. Ferrari 5 out of 5 framed wrenches.