Film Review: “The Art of Racing in the Rain” (Fox)

Tags: Fox, Review, The Art of Racing in the Rain

There seems to be no shortage of live action dog movies following the success of Universal’s A Dog’s Purpose in 2017. A sequel to that film underperformed at the box office this summer and audiences may be looking at Fox’s The Art of Racing in the Rain as a bit of a copycat. While there are some thematic similarities, I encourage animal lovers to open their hearts to Enzo, the golden retriever star of this family-friendly film.

While both A Dog’s Purpose and The Art of Racing in the Rain are narrated from the dog’s perspective, this film has better pacing and flow since the dog isn’t changing homes every 15-minutes. While Enzo is the heart of the picture, you really get to know the human characters well and there’s an interesting philosophical debate about the meaning of life that occurs throughout the film. It adds a bit of mysticism to the picture and makes for an emotionally enriching experience, thanks in no small part to the vocal timber of Enzo’s voice, Kevin Costner (Disney’s McFarland, USA). The film tells you within the first minute exactly how it’s going to end. We’re introduced to Enzo as an elderly dog whose time in this life is limited and then he narrates everything he’s experienced and learned. His owner is a professional race car driver named Denny (Milo Ventimiglia from Fox’s This is Us) whose special talent is keeping control of his car in less than ideal racing conditions, particularly rain. He anticipates what’s coming, such as losing control of his car in a wet turn, and forces the car into a drift in advance to get an expected response. Through Kevin Costner’s narrations as Enzo, the audience will pick up on the dog trying to apply the same approach to his life.

In Enzo’s time with Denny, he meets and falls in love with Eve (Amanda Seyfried), who he must share Denny with. It’s sweet the way Enzo responds to his growing family, but with the introduction of these characters comes some of the most dramatic elements of the film. This is the picture’s biggest weakness, as the entire second act is really a series of setbacks for Denny and life keeps giving him blow after blow. The good news is that while it handles some pretty hard themes, the film also takes a lighthearted approach. Enzo’s misunderstanding of the human world often leads to hilarious moments. It takes the parts of Downward Dog that worked so well and plays them as a strength.

The Art of Racing in the Rain may be a Fox film but it has a lot of Disney hallmarks in it, the biggest of which is wish fulfillment. Through years of watching TV with his family, Enzo has developed a belief system and is sure that he knows exactly what will happen to him when the life he’s in comes to an end. It leads to one of the most touching and emotional moments I’ve had in a cinema in the last decade and audiences who give this film a chance will likely find their hearts full of overwhelming emotions. 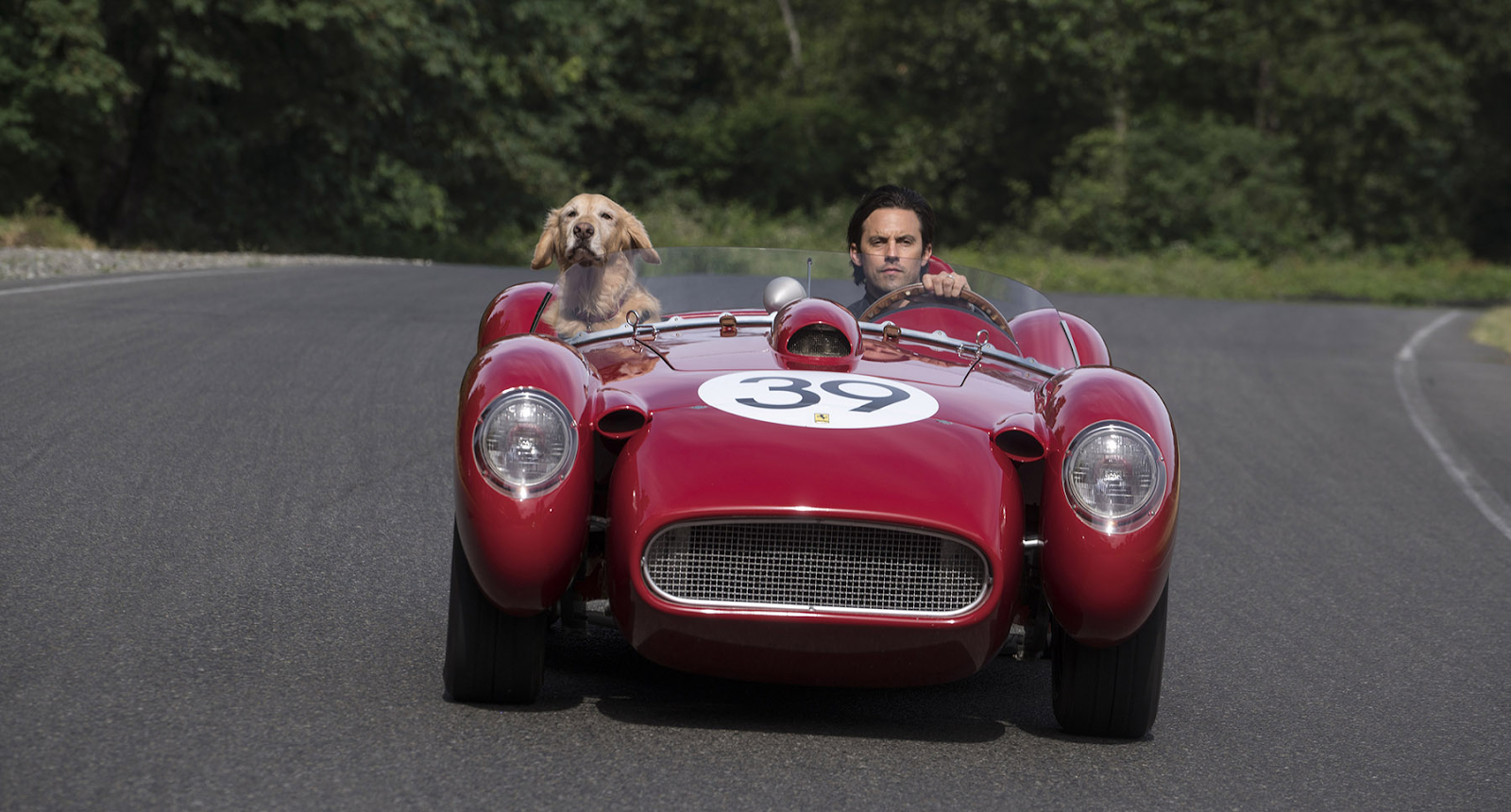 I give The Art of Racing in the Rain 4 out of 5 demonic stuffed zebras.