Disney+ is here just in time for the holiday season so naturally a brand new holiday movie is going to be one of the first things we look for when going to the new streaming service. Luckily, Disney+ delivers on that front, with a great new addition to your seasonal festivities.

Noelle, starring Anna Kendrick, is a delightful new Christmas story that is sure to get anyone in the holiday spirit. 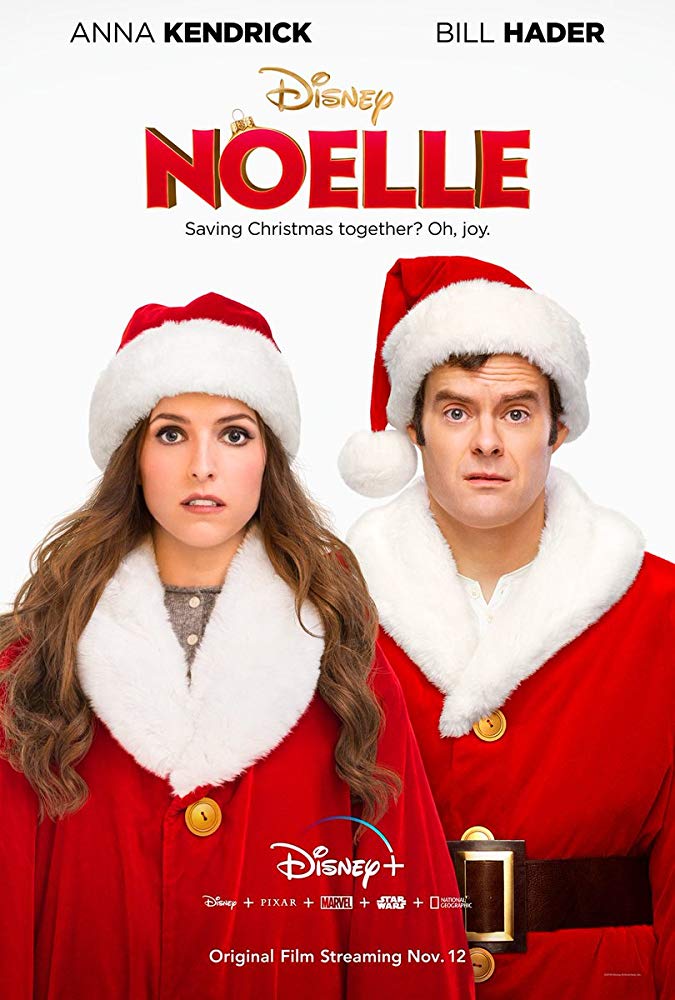 Noelle tells the story of Santa’s two children – Noelle (Kendrick) and Nick (played by Bill Hader) – and how the Santa business runs in the Kringle family. After Santa passes away (a plot point you don’t see very often in Christmas movies), Nick is expected to take up the mantle while Noelle supports him and makes sure he always has the Christmas spirit. Except, Nick is reluctant to become the new Santa and when he runs away to relax, Noelle has to venture to Phoenix to save Christmas.

Noelle isn’t exactly breaking any new ground when it comes to holiday movies. We’ve seen someone forced into the role of Santa in The Santa Clause. We’ve seen North Pole natives have to make their way through the real world in Elf. This is nothing completely new, but it also doesn’t have to be.

What makes a holiday movie great is its charm. A touching story keeps us watching and brightens our spirits, but what really gets remembered is the charm of the characters and Noelle has plenty of charm to go around. Kendrick is perfect for this role as she is both relatable to us non-North Pole dwellers and believable as the lovable buffoon who doesn’t quite get how sun block works.

The rest of the cast is great as well. Hader is hilarious as always but isn’t overused throughout the film. Billy Eichner, who plays the tech geek cousin Gabe Kringle, never gets fully unleashed to his familiar Billy on the Street-level of madness but the toned-down version of him works very well for this movie. Shirley MacLaine does a wonderful job of portraying the wise old Christmas knowledge-sharing Elf Polly, a la Papa Elf in Elf or Bernard in The Santa Clause.

Another character I feel the need to point out is Jake (played by Kingsley Ben-Adir). One trope of holiday movies is the love story that eventually takes control, especially with a female lead. That’s not the case in Noelle. While it’s hinted at several times, and there are definitely a handful of moments where you think it’s coming, this never really becomes a romance and I was happy to see that.

I also can’t talk about this movie without mentioning Snowcone. I’m not sure if it’s possible, but I could imagine the number of adopted baby reindeer doubling after the everyone sees this movie. Noelle’s adorable little sidekick is sure to be a fan-favorite character this holiday season.

Aside from the charming characters, there’s also a lot of fun and fresh writing. Yes, we get a lot of the jokes we’re familiar with. Noelle doesn’t know what yoga pants are, Nick can’t land the sleigh on the rooftops, etc., but there is also a lot of clever usage of Christmas song lyrics and a hilarious group of carolers, known as Santa’s Helpers, that sing descriptions of whatever horrible situation is occurring at the moment. Sure, maybe the “Yule – you’ll” joke is a little overused, but I can forgive it cause most of the other jokes are funny.

Noelle really checks all of the holiday movie boxes. A heartwarming (albeit familiar) story – check. Charming and lovable characters – check. An adorable CGI baby animal character – check. And of course, a concise lesson about the true meaning of Christmas – check. Noelle has it all and I am happy to add it to my rotation of holiday movies to enjoy with my family every year. I hope you enjoy it as much as I did and I hope you all get iPads for Christmas.