Spending the last 20 years with a theme park as my second home, I have become a bit of a Grinch when it comes to the December Holidays—mostly because they run from November to the first weekend in January. That is not to say I don’t love special traditions and times with family and friends in the parks, it is just hard to hear the same Christmas Carols a hundred times and be excited to see the lights glow when just a week before it was Halloween. Thus, imagine my fear when I was invited by Disney to sail on the Disney Dream for the “Very Merrytime Cruise” in the middle of the fall. I worried that, by the end of the first day, I would want to lock myself in my cabin and watch every Disney Classic film on the television. Thankfully, boarding the ship, my heart had already grown three sizes. We walked the gangplank aboard as everyone's names were announced, and other than some beautiful subtle decorations in the main atrium—along with a gingerbread house that haunted my nose every day—there wasn’t any Christmas overload. After exploring the ship, we found that the ship had just the right amount of holiday flair without making you feel like you had stepped into a Currier and Ives painting. As the first day went on, Mickey and his pals were all out in their standard Disney Cruise outfits, but that all changed as the sun dipped into the ocean and it was time for the “Mickey’s Tree Lighting Magic Ceremony.” As a boy, I grew up celebrating Christmas, but with so many different celebrations that take place around this time, it was great to see a video of how Cast Members celebrate Kwanzaa and Hanukkah added to this ceremony.

With the tree lighting, a switch was flipped transforming the Disney Dream into a holiday ship that night. Plus, with all the lights and music, it did almost feel as if it were Christmas Eve. 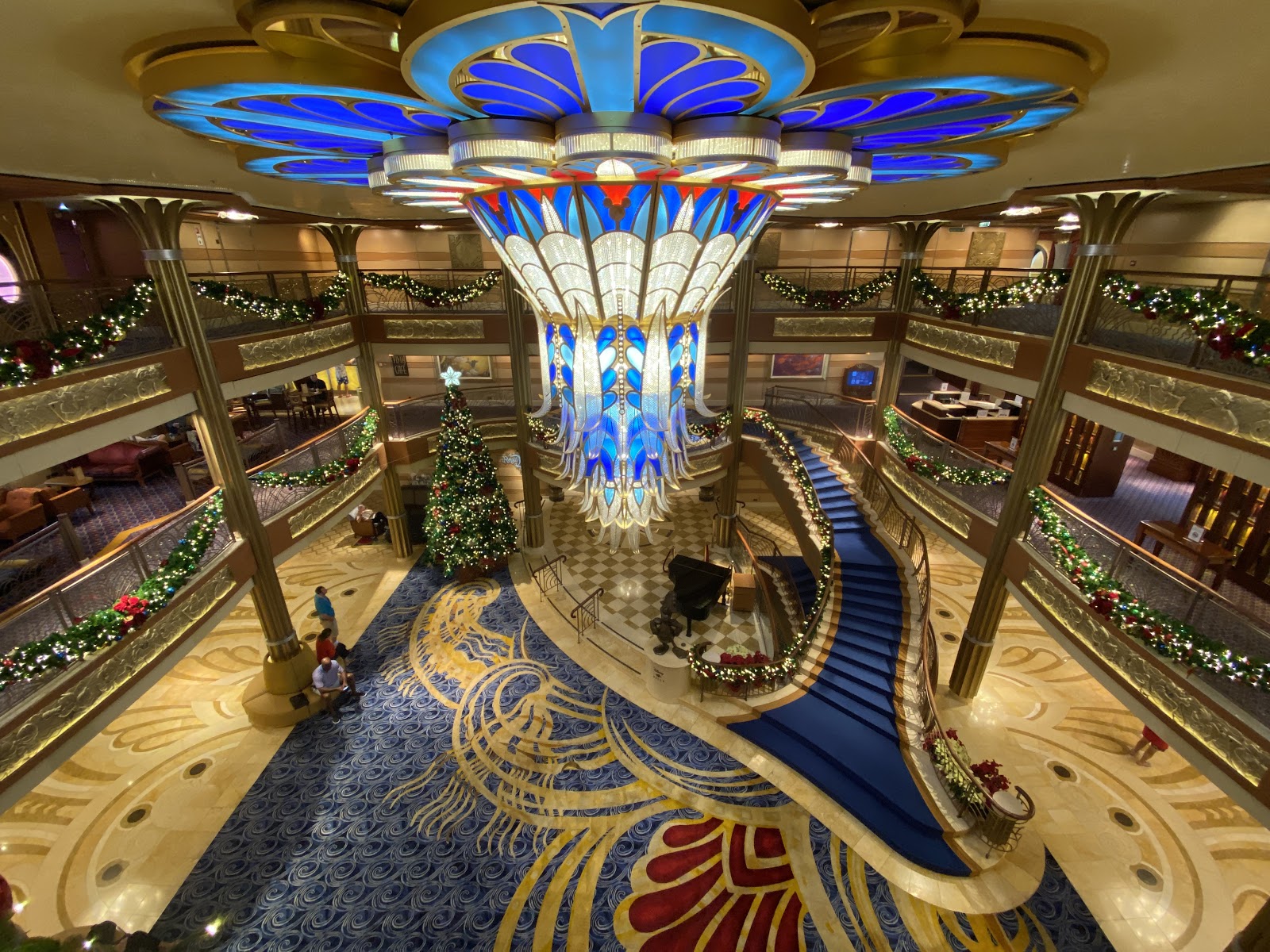 With the ship changing into its holiday best, only one thing was missing: a visit from the jolly man from the North Pole.

As I said about me being a Grinch or Scrooge around Christmas, I did worry that for the rest of the cruise I would be overloaded with “Happy Holidays” and Christmas music. However, that wasn’t the case. A Disney Cruise is more international than the parks and I never felt overwhelmed because the Cast Members work to make everyone happy, not just those who celebrate December 25th. Now, it wouldn’t be Disney without some holiday-themed merchandise and one of the most unique things about the Disney Cruise is that, instead of that merchandise taking over the main display, there was a shop dedicated just to the Merrytime merch. Here is a tip: if you do plan on going on one of these great cruises, get your holiday shopping done early because, with limited space, some items sold out the first day. For anyone that is worried about missing some of the DCL traditions, don’t be. All of the amazing shows happen each night and even Pirate Night happens just as it has since it started. For the most part, the holiday overlay is very slight, kids won’t find huge trees in Disney’s Oceaneers Club or Lab nor will the adults find a giant wreath in The District areas but there is always something around to remind you of the holidays. Granted, if you want to be immersed in the holiday, there are plenty of activities to check out. This includes a chance to meet Santa, Storytime with Mrs. Claus, and, my favorite, holiday classics shown on Funnel Vision. Of course, by the time you get to Castaway Cay, the Disney elves have already been hard at work adding touches to Disney’s own private island. A Disney Cruise has always been one of the most relaxing times I have spent working. With amazing food, some of the best Cast Members anywhere, and Broadway-caliber shows to entertain you, this experience is one you won’t want to miss. From the moment you wake up until the time you finish the chocolate left on your pillow each night, you are in some of the best hands in the world! 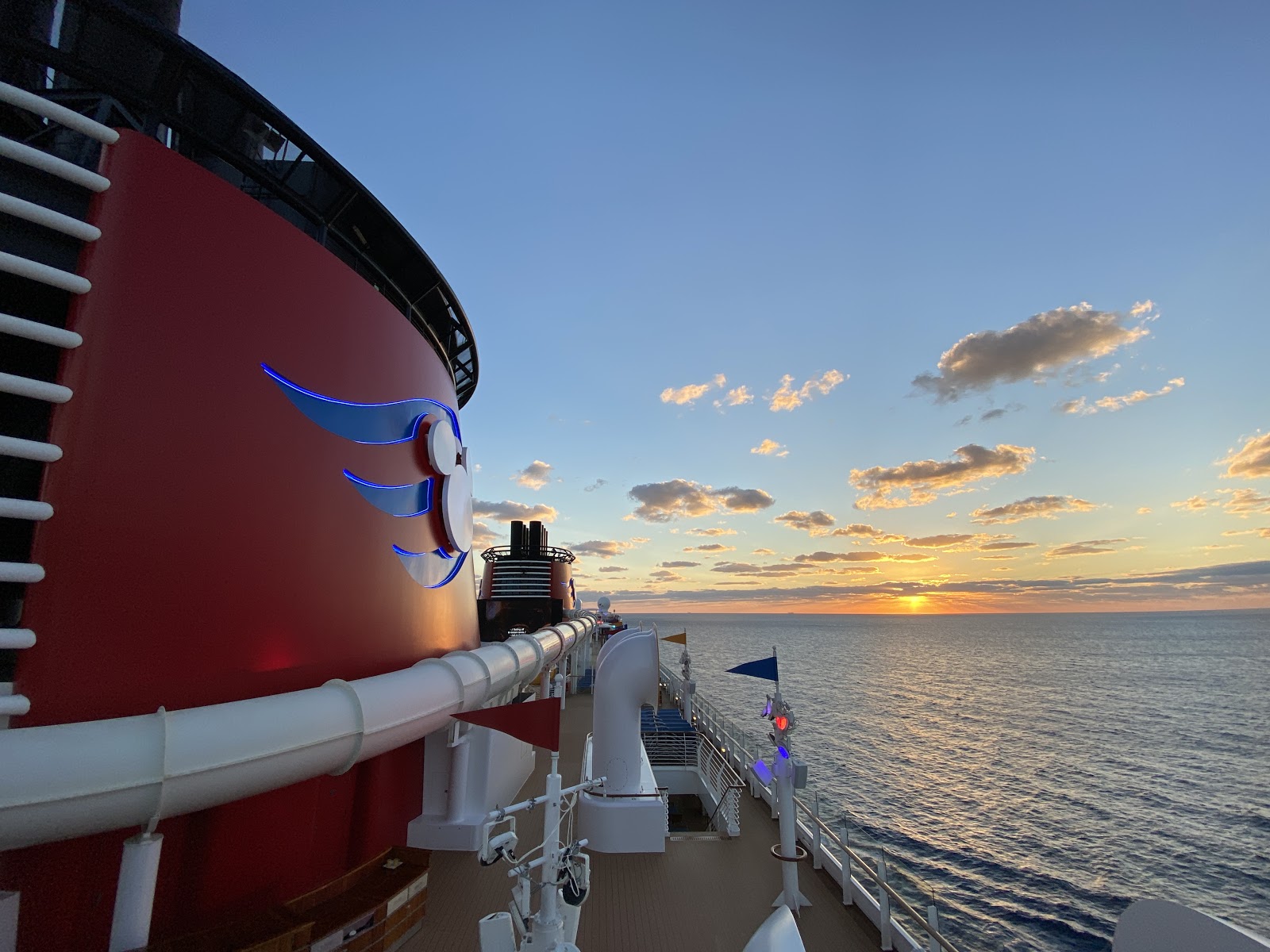 For more information about the Very Merrytime Cruises or to just escape on a dream sail away of your own head to DisneyCruiseLine.com and start your own family tradition.