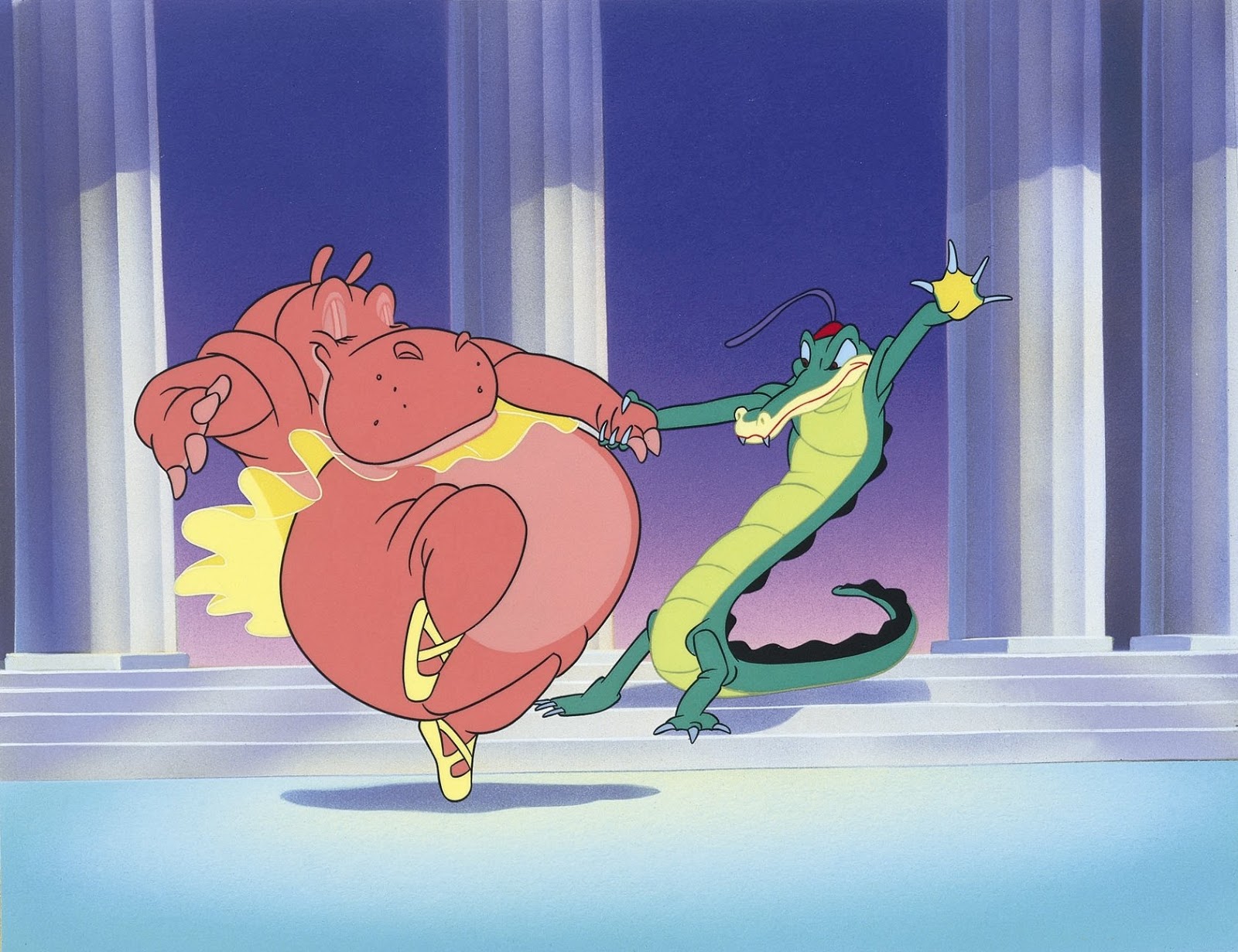 In 1940, Walt Disney and his collaborators released the third-ever animated feature film: Fantasia, which represented a departure for Walt Disney Productions, as it did not tell a unified narrative story across the length of its runtime. Instead, the movie represented something of an experiment in cinematic experiences for the time: a collection of animated vignettes inspired by and set to a variety of famous pieces of classical music.

Fantasia was very well-received by film critics at the time of its release and currently stands at the 23rd highest-grossing movie of all time when adjusting for inflation. Its segments contain dozens upon dozens of indelibly iconic images that have reverberated across not only Disney history, but the legacy of cinema itself. And those are just some of the reasons why The Walt Disney Archives chose Fantasia for the first installment of its year-long 50th anniversary celebration, consisting of twelve specially selected screenings at Hollywood’s El Capitan Theatre. Inside the El Capitan Theatre lobby on the morning of the event, the venue had on display a case of Fantasia memorabilia, including a portion of the original soundtrack recorded by conductor Leopold Stokowski in Philadelphia, a program from the movie’s premiere at the Carthay Circle at the Broadway Theater in New York City, and ceramic character figures depicting the cherubs, Elephanchine, Hyacinth Hippo, and a “centaurette.” 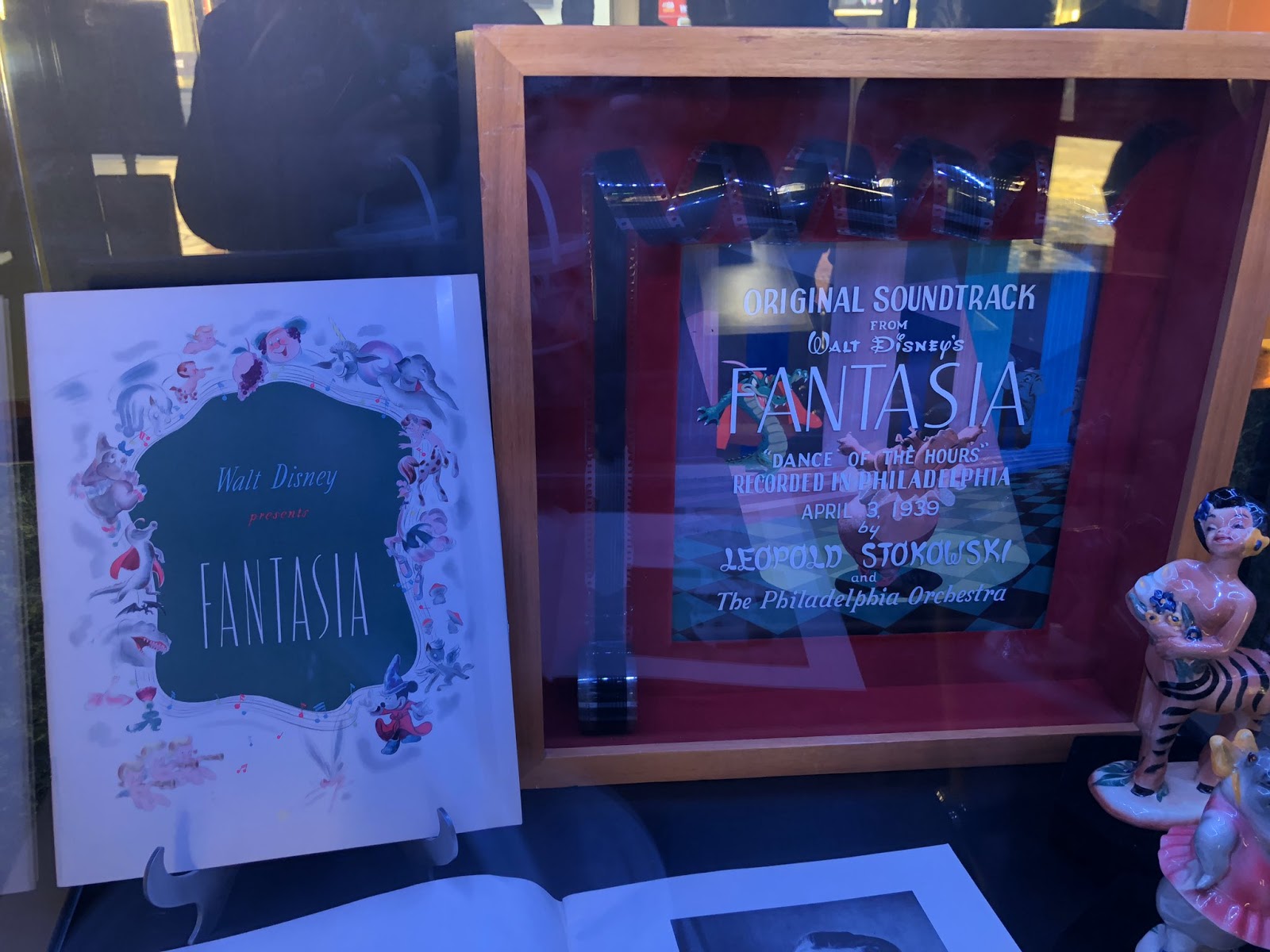 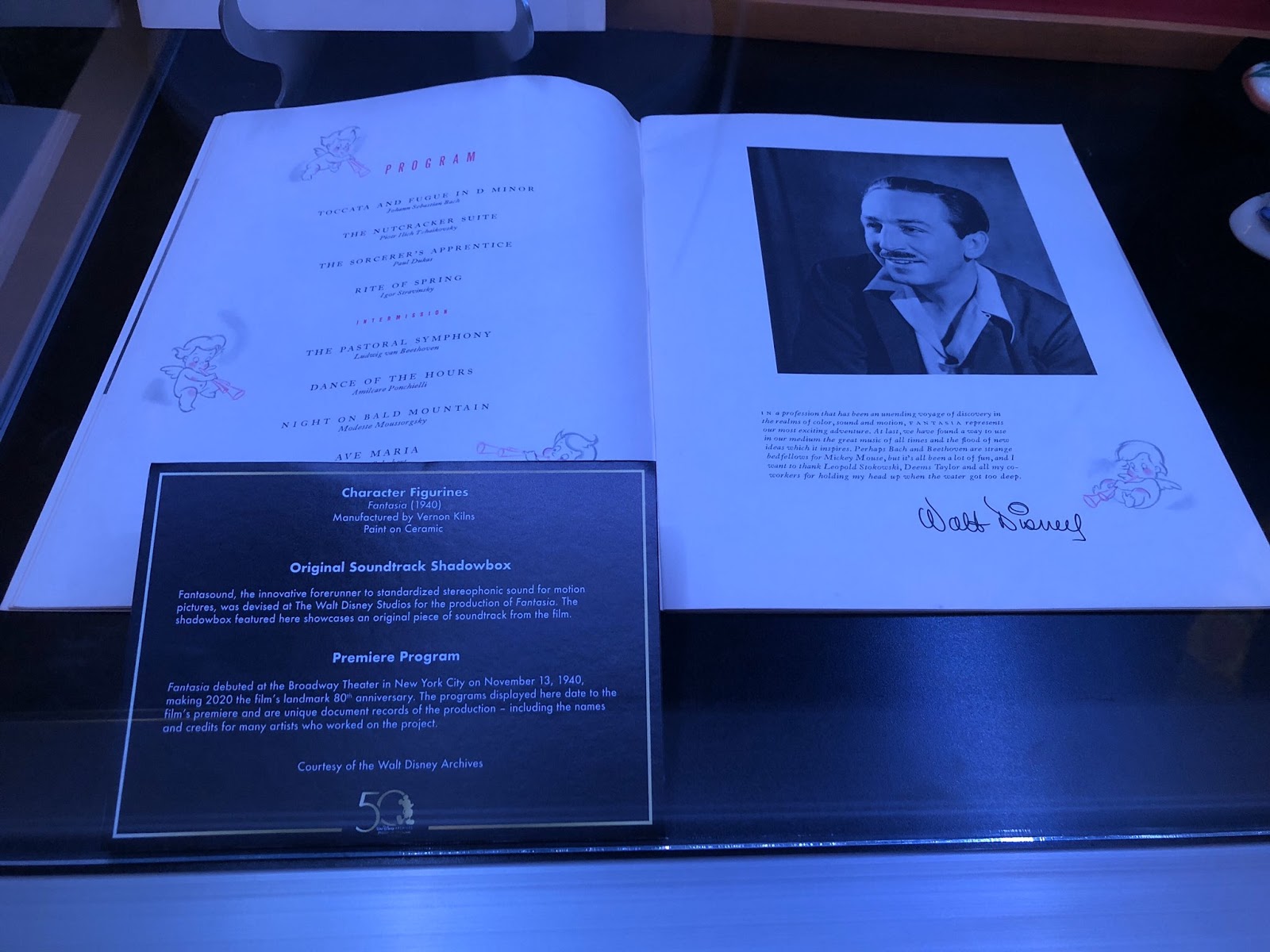 Once seated inside El Capitan’s grand auditorium, the audience was treated (as usual) to a performance by one of the theater’s talented organists, who played a number of selections from Disney, Hollywood, and classical music history.

The organist rises from the @ElCapitanThtre stage as we get ready for #Fantasia. pic.twitter.com/iNOBTetZos

Then, prior to the beginning of the film, Walt Disney Archivist Becky Cline (co-author of the highly informative new coffee table book The Walt Disney Studios: A Lot to Remember) took the El Capitan Theatre stage to give a fascinating presentation on the backstory of how Fantasia came to be. Cline’s slideshow including eye-catching promotional materials, intriguing behind-the-scenes photos, and interesting tidbits from the production of Fantasia only someone with in-depth knowledge of the inner workings of Walt Disney’s production company would be capable of conveying accurately and succinctly. It’s always a pleasure to see Ms. Cline speaking on the subject she is most well-versed in, and this occasion proved to be no exception. 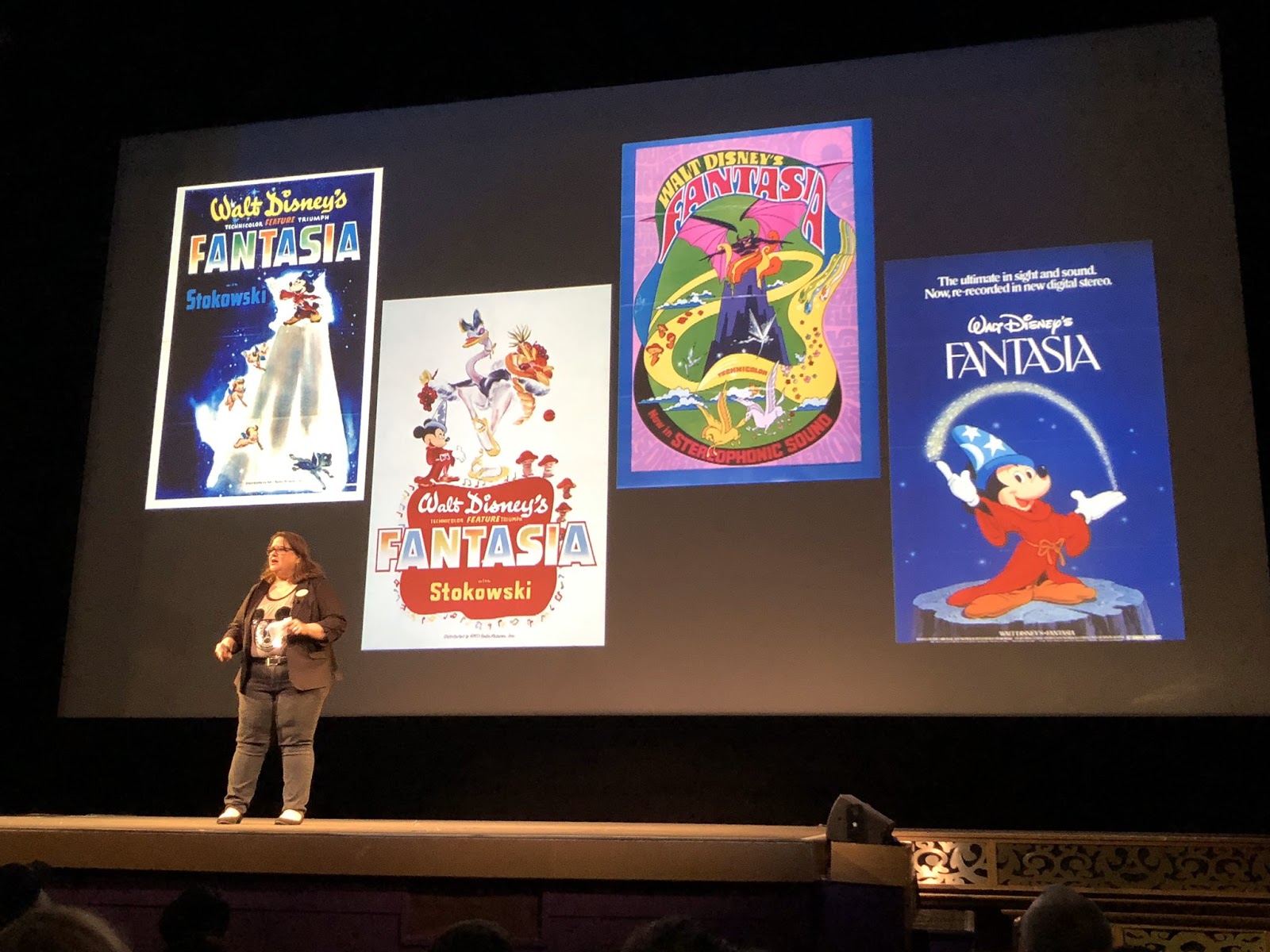 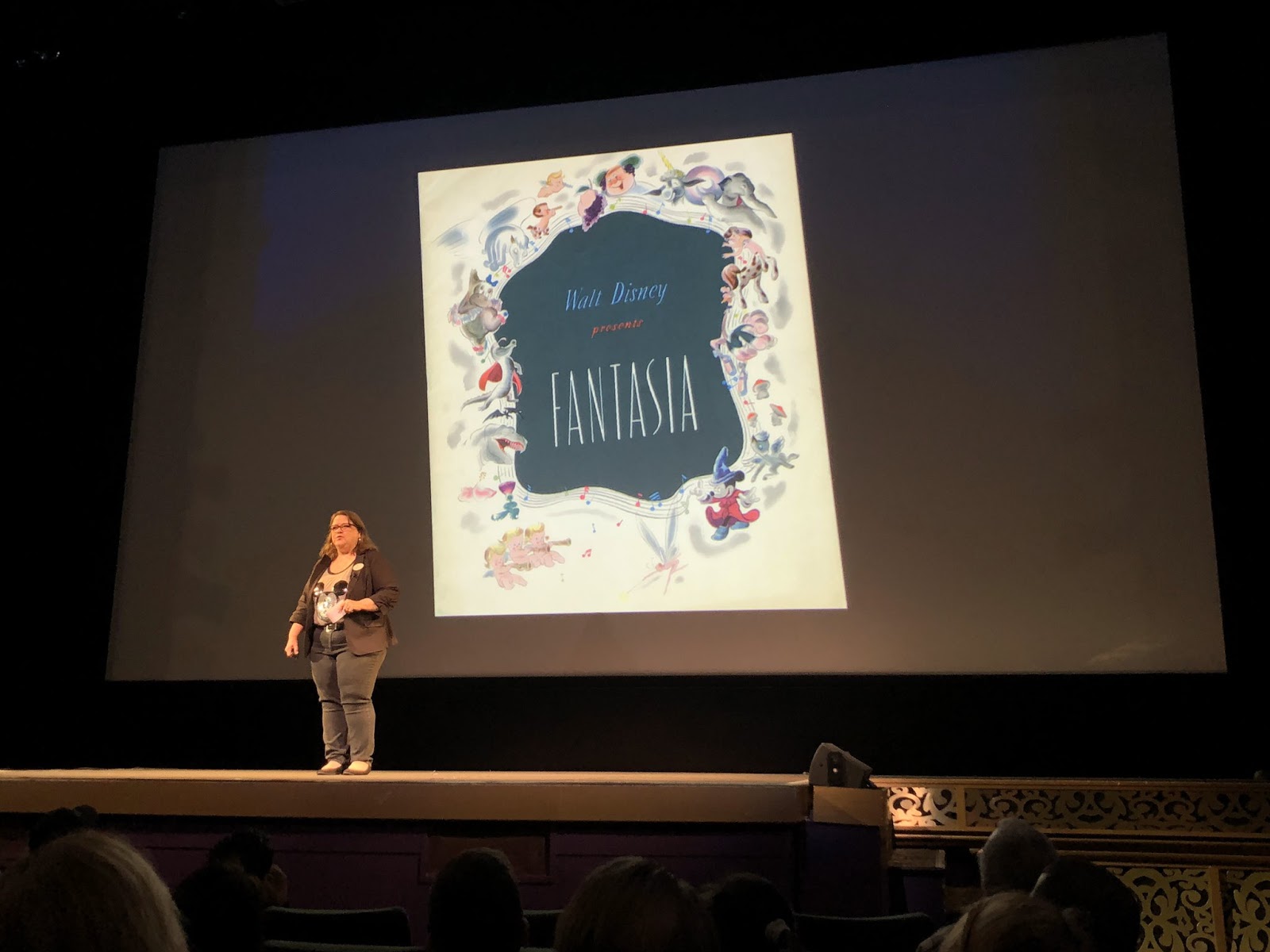 Lastly, it came time for the Fantasia screening itself, and (considering it was my first time seeing the film in its entirety with an audience) I was immediately struck by how about 10-15% of the crowd seemed unprepared for what was in store. I could hear people shuffling in their seats through the first segment– Bach’s “Toccata and Fugue in D Minor”– which is largely abstract, and I even heard the kid in the seat next to me ask his mom when Mickey Mouse was going to show up. It’s clear that Fantasia has become a movie that is mostly consumed in chunks and whose most notorious elements have been repurposed and recontextualized so often that they have come paint an inaccurate portrait of the experience as a whole.

However, for the audience members who were aware of what they were in for– or were at the very least willing to exercise a little patience in getting to the more easily processed, less blatantly conceptual segments of the film– one could feel the excitement and reception growing in the auditorium with each passing scene. The penultimate “Dance of the Hours” segment, in particular, triggered an eruption of applause, bringing the house down with its hilarious employment of ostriches, elephants, hippopotami, and one well-dressed alligator as a troupe of awkwardly shaped ballet dancers. It’s true that “The Sorcerer’s Apprentice is the most well-known portion of this movie, but I was surprised to find it did not necessarily receive the biggest response.

All told, I had a great time attending the Fantasia screening at El Capitan just ahead of the classic film’s 80th anniversary. And even though the movie is now available to stream at any hour of the day to millions of Disney+ subscribers, it’s always great to be able to see a piece of popular entertainment art like this presented as it was designed to be seen: on the big screen with state-of-the-art picture and sound quality. It helps that the event was held in one of Hollywood’s last remaining movie palaces.