The second season of ESPN+’s The Boardroom premiered today on the streaming service, bringing with it more in-depth discussions on various hot button topics in and around the world of sports.

The first episode of this second season (aside from a preview of sorts which was released back in October) is titled “Rap Or Go To The League” and it covers the stereotype that young African American men and women have two options for success: rap or become a professional athlete. 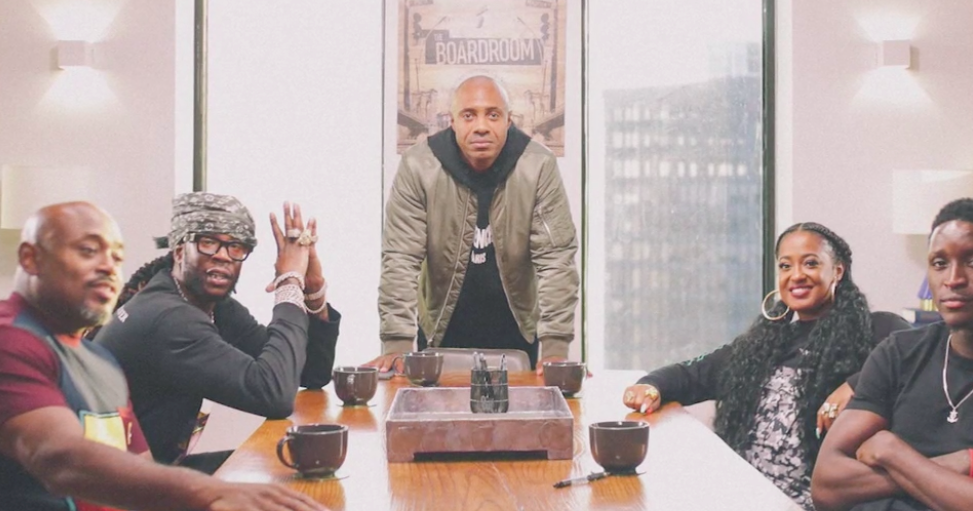 The episode features four guests: rapper 2 Chainz, NBA star Victor Oladipo, rapper Rapsody and music executive Steve Stoute. The four of them join host Jay Williams to discuss their upbringing and how they got into the positions they are in now. They also look into the future of their respective businesses and cover various other minor topics.

I found this episode to be very enjoyable and thought the guests provided a lot of great insight regarding their businesses. The only problem I had with it was how quickly it got away from the topic for which the episode was titled. In fact, if anything, it goes against that topic in the very beginning. When asked about their childhoods, Oladipo explains that all of his friends were getting 4.0 GPAs and he would always get in trouble for playing basketball, while Rapsody explains that she was pushed to be a nurse or a doctor and rap seemed like a fantasy.

You would think, given the title of the episode and how the introduction builds up the topic, that the guests’ responses would have been very different. But really at least half of them were being pushed to very different opportunities and instead moved themselves into basketball and rap because it was what they had a passion for.

Despite that one caveat, I found the discussion to be very interesting. Stoute provides a lot of great insight into the business and even seems to be at odds with 2 Chainz regarding topics like young musicians and their fiscal responsibility, which adds another layer of entertainment. It gets particularly interesting when 2 Chainz mentions the millions of dollars he spends on clothes. I really enjoy the concept of The Boardroom as a series. You get guests who are undoubtedly experts on a given topic and let them discuss that topic, their experiences with it and how things might play out moving forward. It’s a no-brainer in terms of the level of expertise literally being brought to the table and when some of these guests are sort of larger-than-life characters, it’s also very entertaining.

“Rap Or Go To The League” specifically may not be my favorite episode simply because it quickly strays from that title subject, but it is still absolutely worth a watch, especially if you have an interest in the music industry.

Season two of The Boardroom is streaming now on ESPN+. Fans can subscribe to ESPN+ for just $4.99 a month (or $49.99 per year) and can cancel at any time.