Now, later this month Universal Studios Hollywood on the west coast is preparing to open its all-new highly anticipated ride-through attraction The Secret Life of Pets: Off the Leash! The track-based ride includes an astounding 64 animated figures and answers the question, “What are your pets really doing when you’re not at home?” I recently spoke with Universal Creative Senior Director and Executive Producer Jon Corfino during a visit to Universal Studios Hollywood to get a taste of just what exactly guests can expect when they step foot into the new attraction. “About two and a half years in the making with Illumination [animation studio], working very closely of course with [producer] Chris Meledandri and his writers and the entire team over there to come up with this adventure,” Corfino told my group. “I like to say that the one universal language I know most people have– the only true unconditional love we get in this life sometimes– is from our pets, so it’s a heartfelt experience that extends to the brand and obviously [informs] what our objective is with the new ride.” 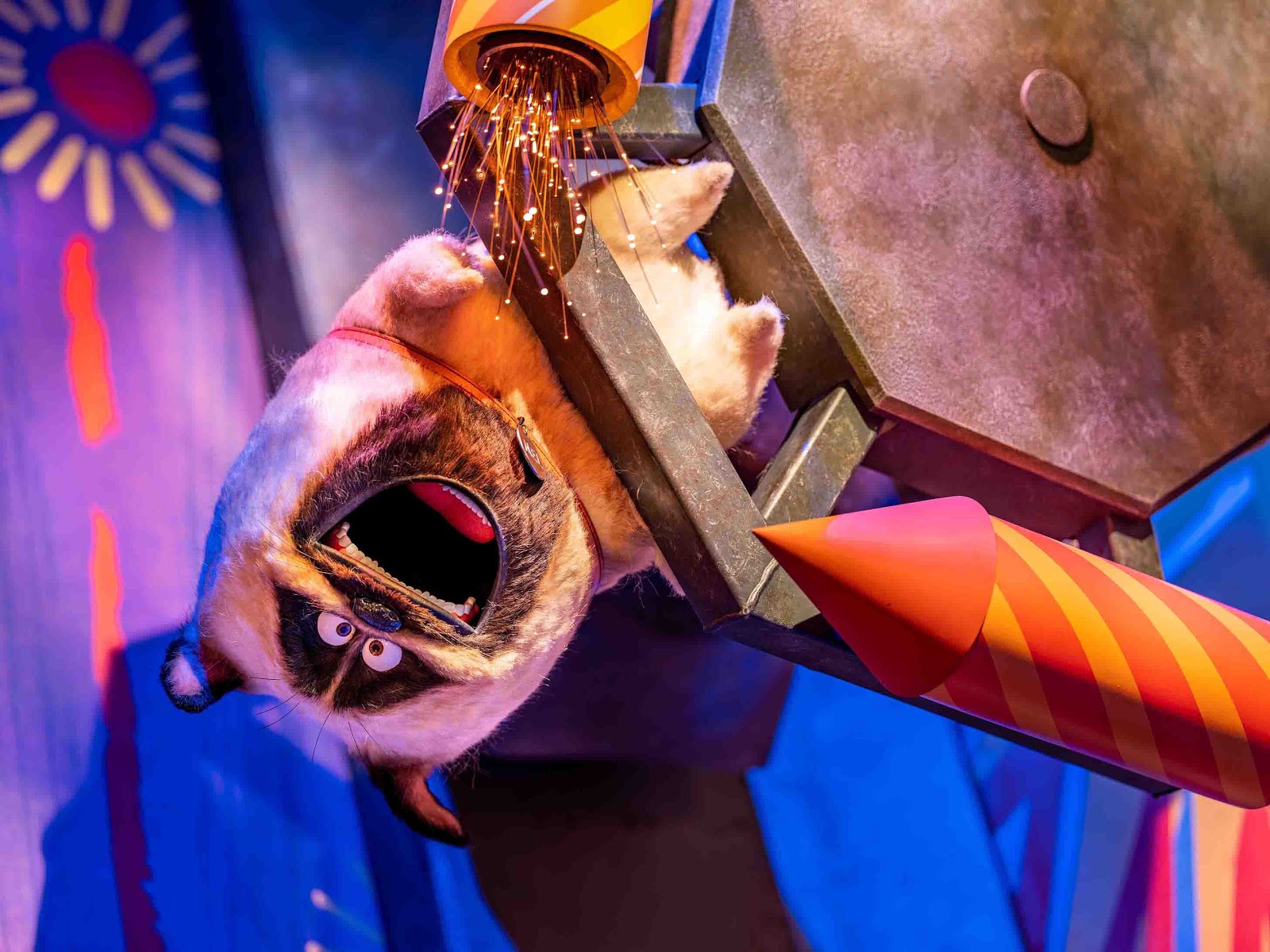 “The narrative is, when we first enter Katie’s apartment, we’re immediately greeted by Norman [the guinea pig], and throughout the queue line [we meet] a series of the other pets from the films. They recognize us as lost puppies in need of a home. And of course Snowball [the rabbit], who’s the alpha personality [voiced by] Kevin Hart, has a plan to get us to this adoption fair which is just about over, so we’ve got to get across town to the pet store to hopefully meet our new parents.” 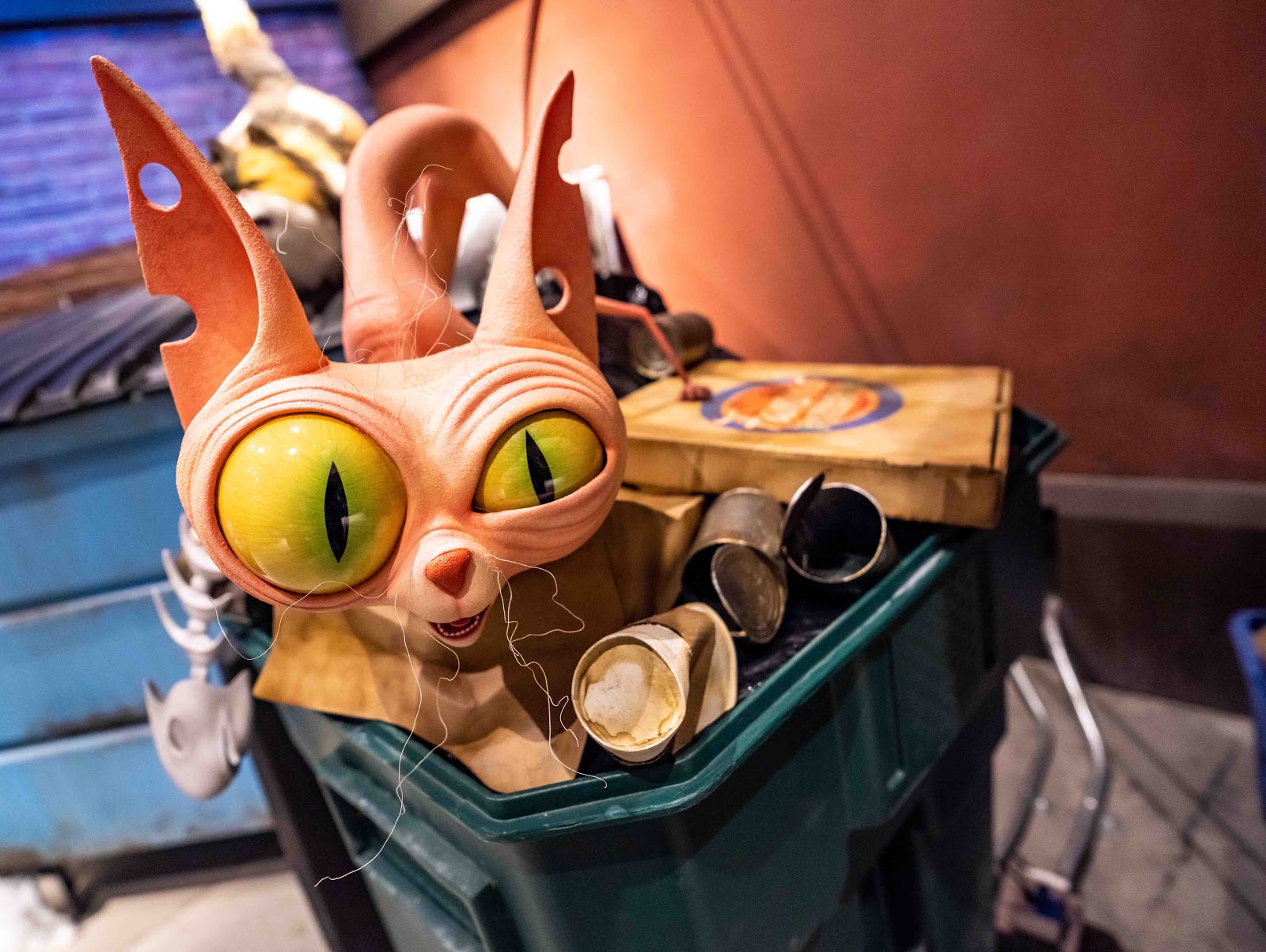 “We go through a queue line that’s very unique. There is one monitor, but it’s not like your traditional queue line. You’re actually going to be going through Katie’s apartment building, through a series of apartments where you’re seeing how the folks live. Of course there’s no people in there, but you’ll run into other pets who will also be reinforcing the storyline all the way through.” “Once we get to the ride, the ride vehicles are boxes– because that’s how puppies are stored a lot of times– so we become puppies, and as we get on the ride, one of the first experiences we see [is] we make a turn into the grand scene of New York. We pass by an electronics store [that] has a big monitor in it, and as we pass by it, we have our first sample of what I’ll call this Advanced Optical Gesture-Tracking technology, where we actually see ourselves as puppies. It tracks our movements, it tracks our heads, it tracks our eyes, but adds in some fun things. [There are] like fifteen different types of puppies, and you’re identified as that singular puppy throughout the ride. Your ears move, it’s fun.” 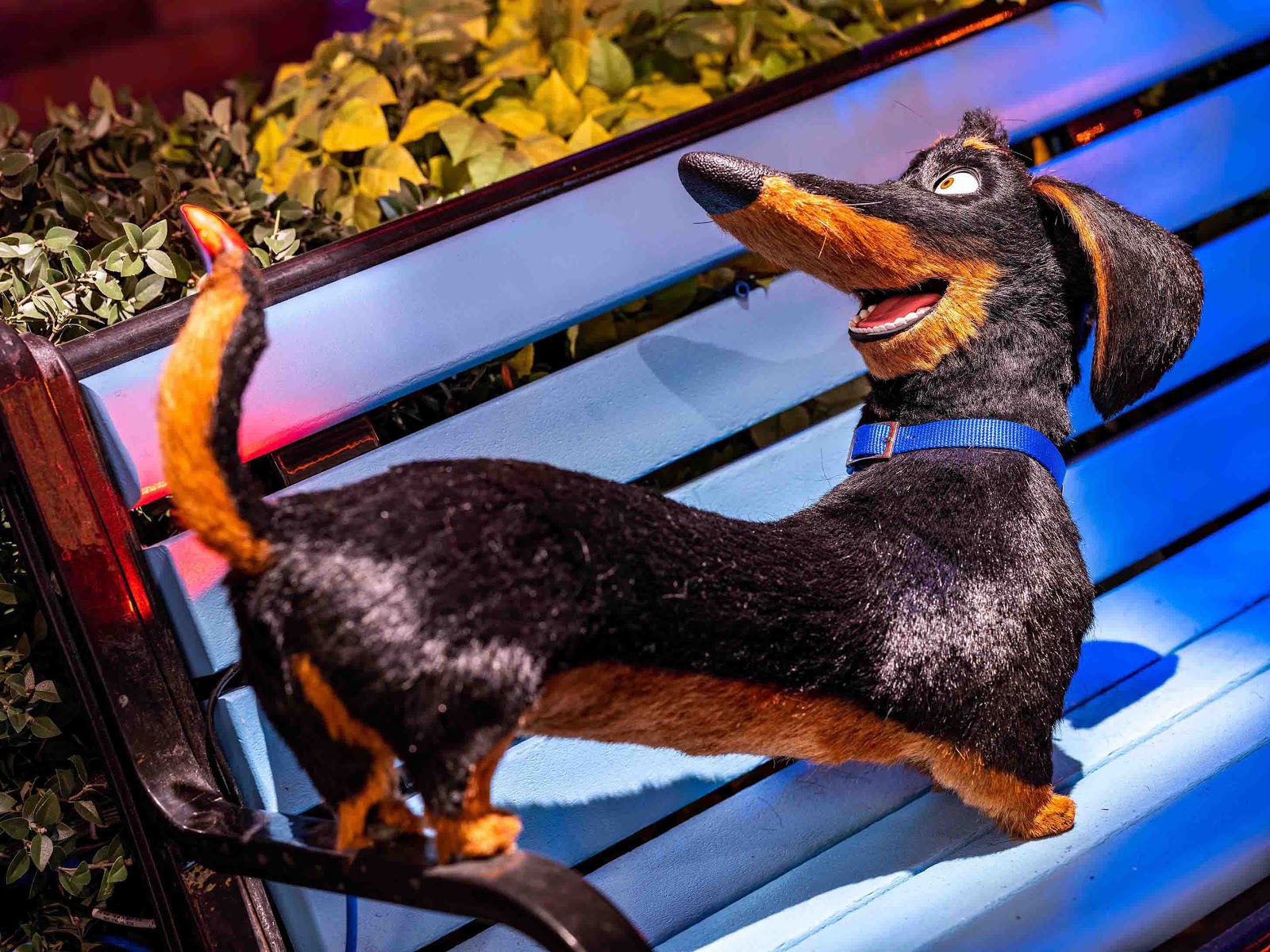 “You’ll end up going through New York, you’ll see the richness of the sets all along the way, you’ll be helped and reinforced by the other pets from the films, and you’ll go to a couple places we all recognize like Cat Alley– [which is] very emblematic of the first film. Snowball has some wacky ideas about how to get us to where we need to get to, so we go on quite the adventure. At one point he straps a rocket on his back and thinks it’s a good idea to go through a fireworks factory, so that becomes very engaging.” “I don’t want to give too much of it away, but we end up then going through and surviving that, but we’re kind of singed up a little bit [when] we finally make it to the pet shop. We’ve got to take a little bit of a bath– don’t worry; you don’t get wet like Jurassic [World: The Ride], but you get cleaned up so you can look your best to potentially be adopted. And as you go through that sequence, you also once again see yourselves as puppies– getting wet, being blown dry, being cleaned up. And then you actually get to meet your adoptive parents and have one big party at the end. That’s the story conceit in a nutshell.” During our visit we were also given a guided tour of the attraction’s queue all the way up to the ride’s loading area, and I must say what I saw was really very impressive. It’s incredibly nice to see Universal returning to the dark ride game instead of leaning on yet another motion simulator attraction. “The company took a look at where we are right now in the marketplace,” Jon Corfino told me. “And you have this great, very broad IP– it made a perfect complement to the area that we’re in right now, to put it next to Despicable Me and have this kind of “Illumination Land” or “Illumination Neighborhood.” “You take a look at the toolbox and what you want to do, and how you want to execute the [desired] immersion level. If you want to be close to characters, the best way to make you feel that is, in this case, not through media. In this case it was taking you through the actual places that you recognize from the films. You couldn’t do that with a traditional media-based experience.” The Secret Life of Pets: Off the Leash! opens Friday, March 27 at Universal Studios Hollywood in Los Angeles, California. For more information, be sure to visit the park’s official website. 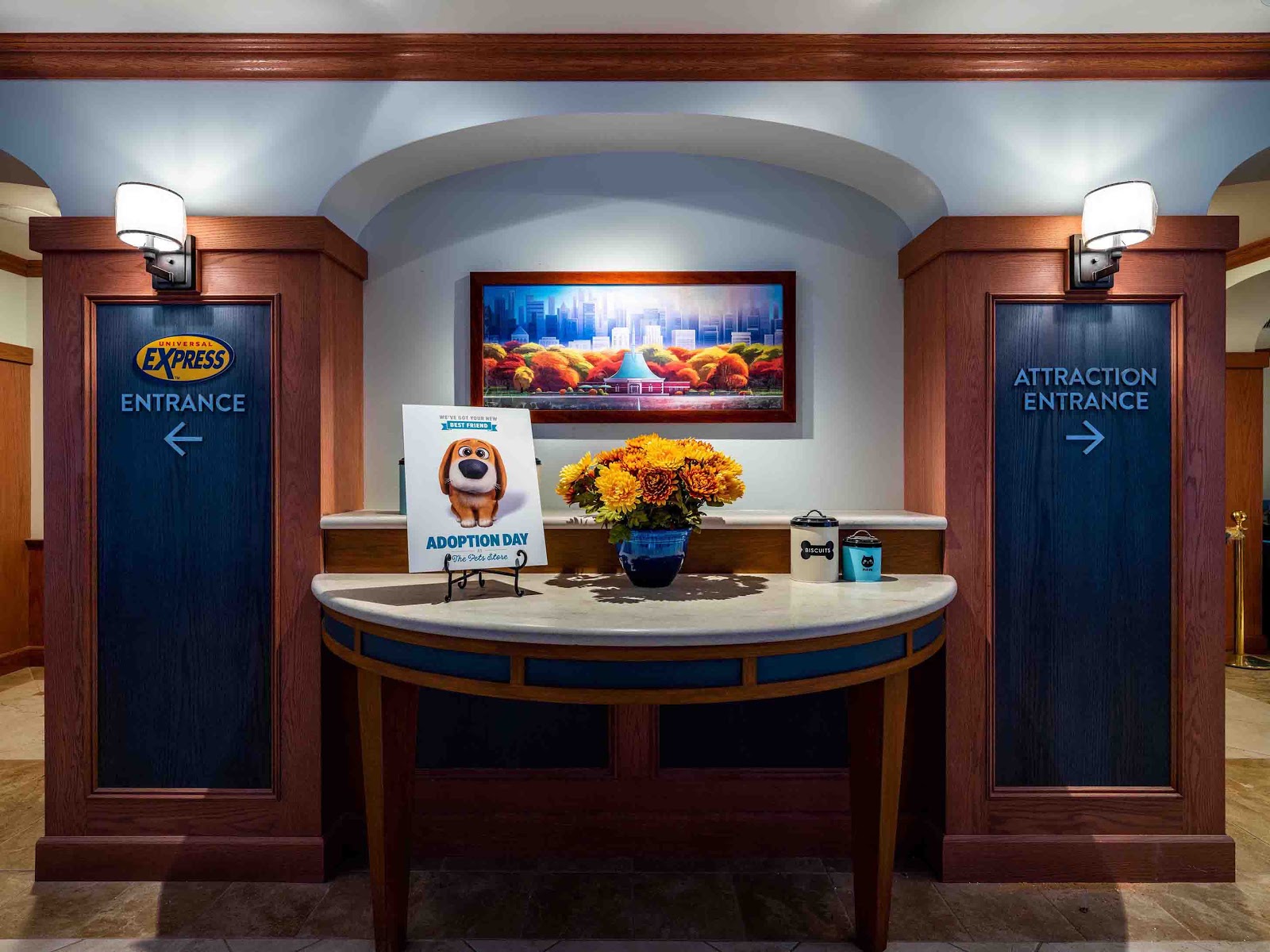 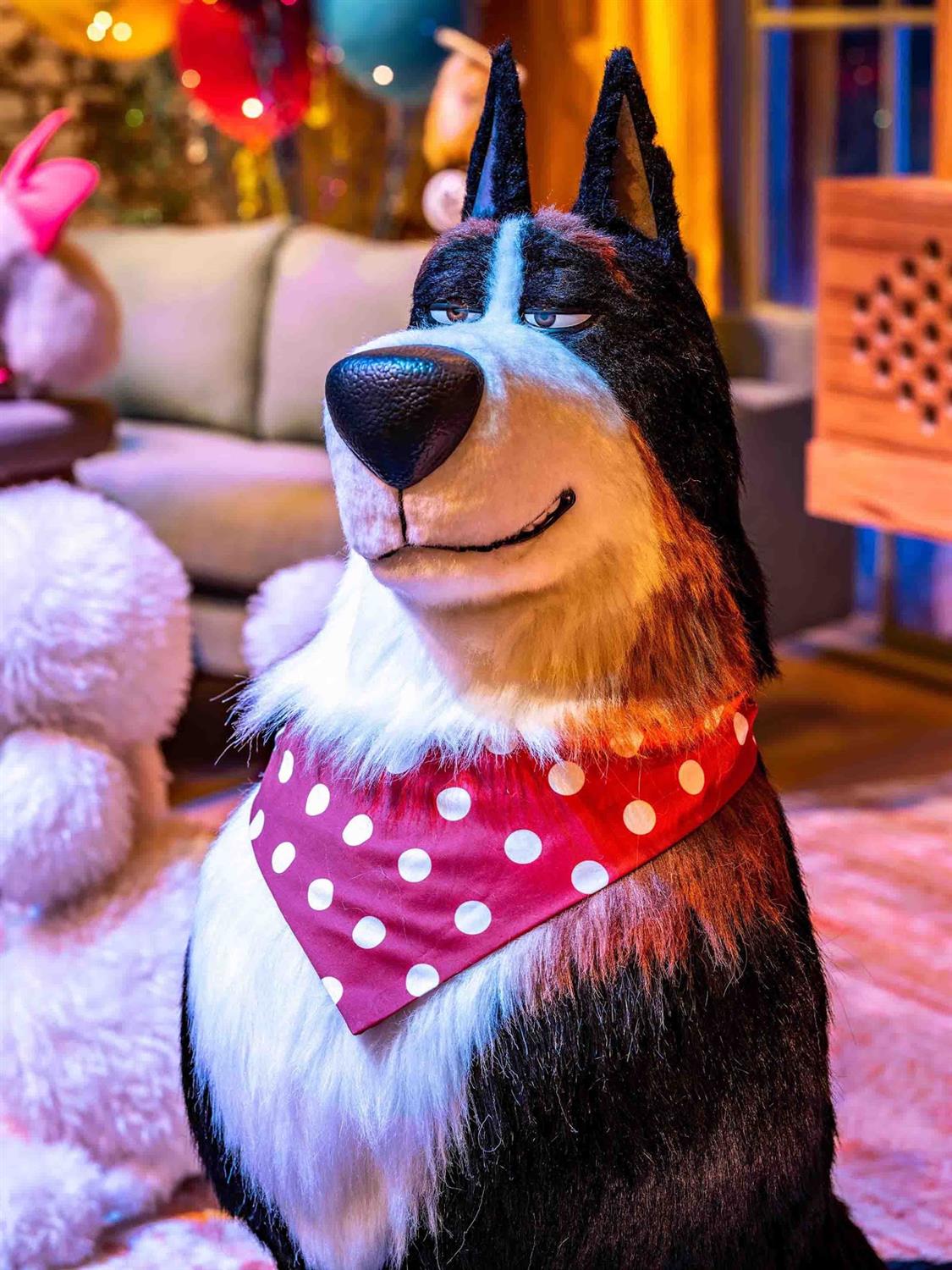 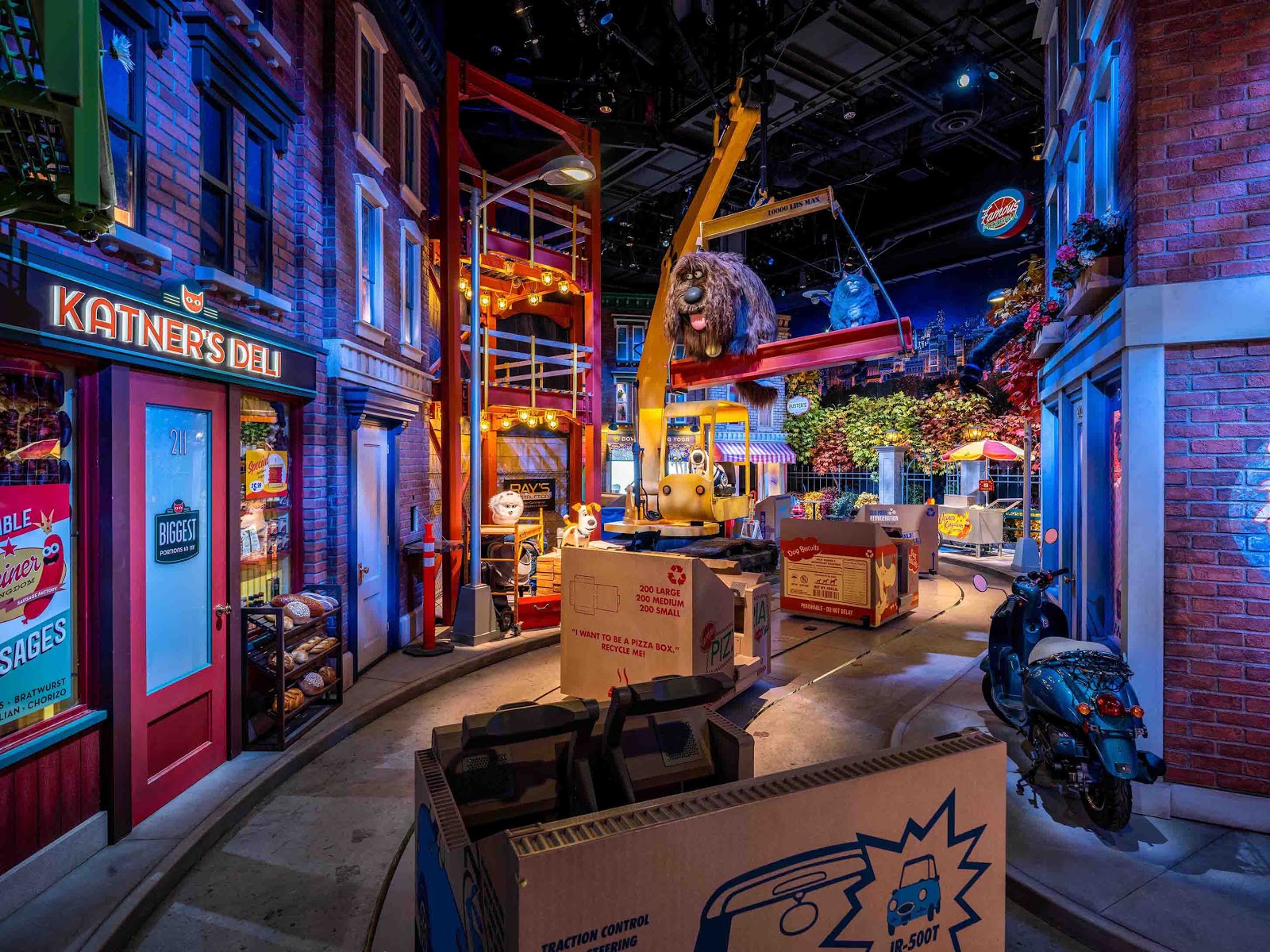