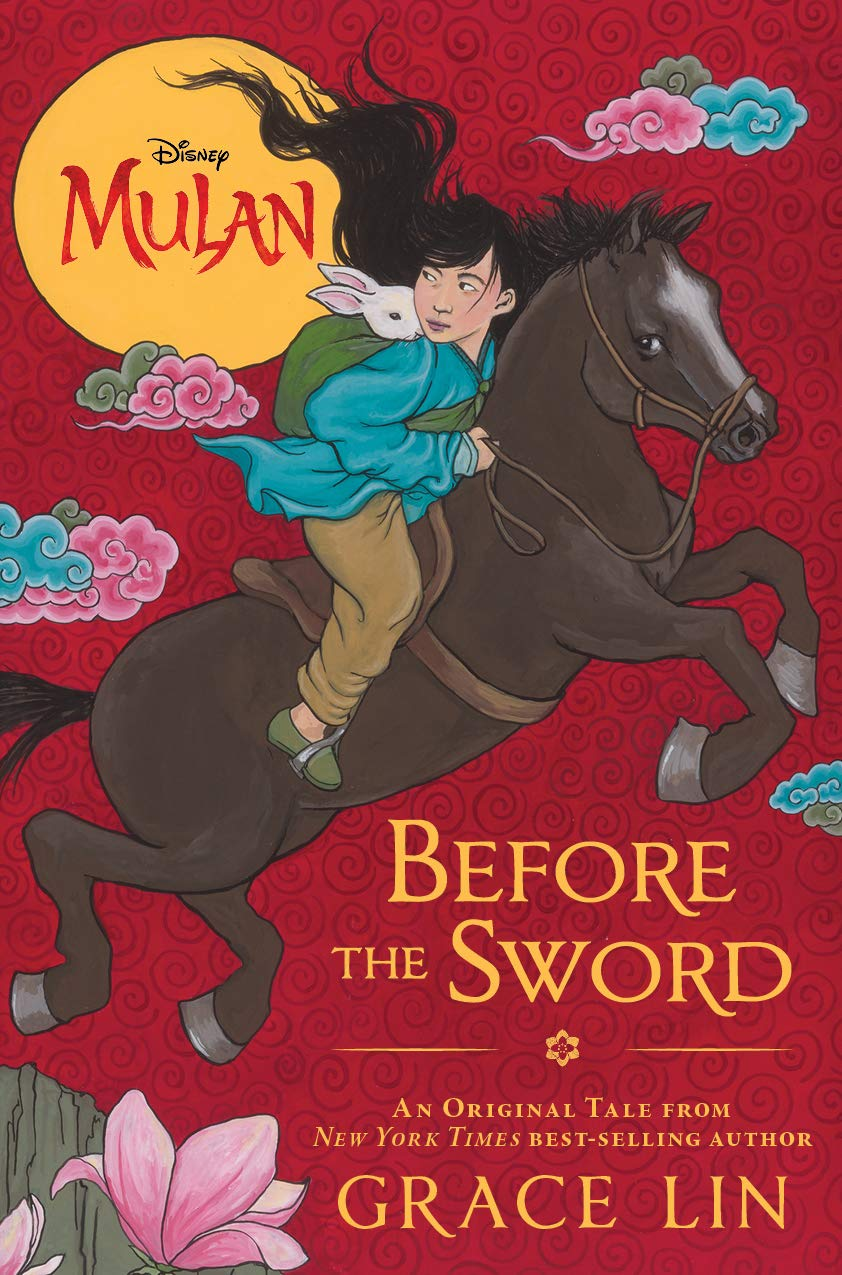 Disney’s live-action adaptation of Mulan is awaiting a new release date following the theatrical postponement of the film due to Coronavirus. But fans of the heroine don’t have to wait to get acquainted with this version of the character through a prequel novel. Mulan: Before the Sword by Newberry and Caldecott Honoree Grace Lin takes Mulan on a supernatural adventure that takes place shortly before the events of the new film. It’s a story of family, friendship, and honor.

Hua Mulan is more adventurous than her parents would like, unlike her poised younger sister Xiu. But her courage and daring spirit pays off when Xiu is bitten by a rare white spider and Mulan sets off on a journey to find two rare ingredients that can create an antidote. It is then that she gets tangled in an adventure that involves an old prophecy and some legends of Chinese mythology.

Mulan is befriended by the Jade Rabbit, a shapeshifter with the ability and know-how to get the herbs Mulan needs to save her sister, But at the same time, she is also thwarted by a white and red fox. They’re also shape shifting beings who Mulan discovers are targeting her family directly due to a prophecy that her sister will overthrow the Emperor. As Mulan travels far to save her sister, they make many attempts to stop her.

The Jade Rabbit pauses along the way to tell Mulan what seem like folktales of morality that come into play on their journey, but also become more significant as character identities and truths are revealed. There are many themes and layers within the story that readers will identify with and even a heartwarming message that reads just as powerfully as Mulan’s father’s words from the animated feature: “The greatest gift in honor is having you for a daughter.”

The plot is mostly told in the third-person following Mulan’s adventures, but occasionally changes to first-person with the Jade Rabbit telling stories. When this occurs, the font of the text changes and a new header appears before his tales. It also occasionally is told from the Red Fox’s point of view, where the pages become darker to make the change in voice apparent.

Mulan: Before the Sword is semi-educational for any reader who completes the “Author’s Notes” section at the end. Grace Lin explains how the animated film inspired her to dive deeper into Asian culture and literature, which she has embedded in her other written works. It adds an extra layer of cultural authenticity to the novel by teaching readers that the shape shifting animals and immortals in the story are as important to Chinese culture as American tales like Johnny Appleseed or Paul Bunyan are to the fabric of American literature.

If you’ve ever felt inspired by the story of Mulan, Disney or otherwise, then you’re sure to love Mulan: Before the Sword. It’s a story about a courageous girl who will do anything for her sister, even face off against powerful magical beings in an unfamiliar land. It has all of the elements of the best Disney stories: Loveable characters, exciting adventures, and incredible lands.