In the latest installment of National Geographic Live’s new “Backstage” live virtual series, wildlife filmmaker Bertie Gregory joined fans to discuss some incredibly interesting things he has done over his fascinating career. In the nearly 50-minute video, Gregory talked about some of his favorite experiences, some of the gear he uses and, of course, answered questions from fans. 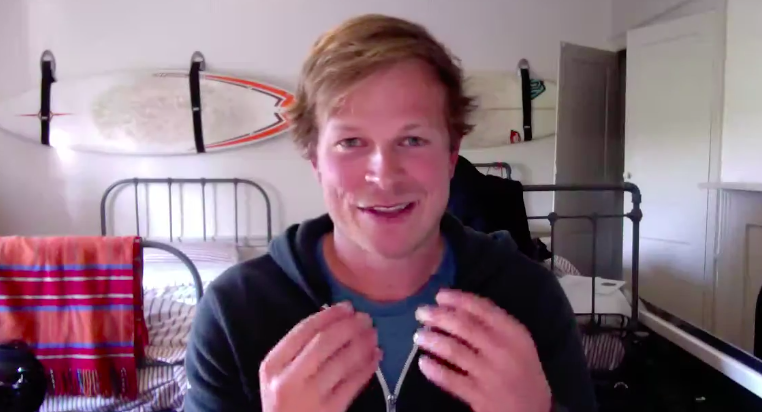 When responding to a fan question, the 25-year-old filmmaker explained that the times in his career in which he finds himself the most nervous are when he is interacting with people. Gregory is clearly accustomed to using that nervous energy to his advantage though, as he put for a fun, relatable energy throughout his presentation.

Gregory discussed some of his career highlights in the early going, including shooting a stunning video of a Jaguar attacking a caiman in Brazil, which you can see here. That video alone is enough to get people interested in Gregory’s work, but he would go on to share many more of his experiences with his virtual audience.

Gregory also incorporated a fun interactive element to his virtual presentation, aside from the obvious ability to ask him questions via the chat. He told a story of a presentation he gave to a group of children, during which he discussed his favorite animal, the peregrine falcon. Unsatisfied with just know what was at the very top of Gregory’s list, one child asked him “what is your second favorite animal?” – a question that made Gregory think for a bit before coming up with the macaroni penguin. After telling this story, Gregory turned that question out to the audience, hoping to learn what some of their second favorite animals were. 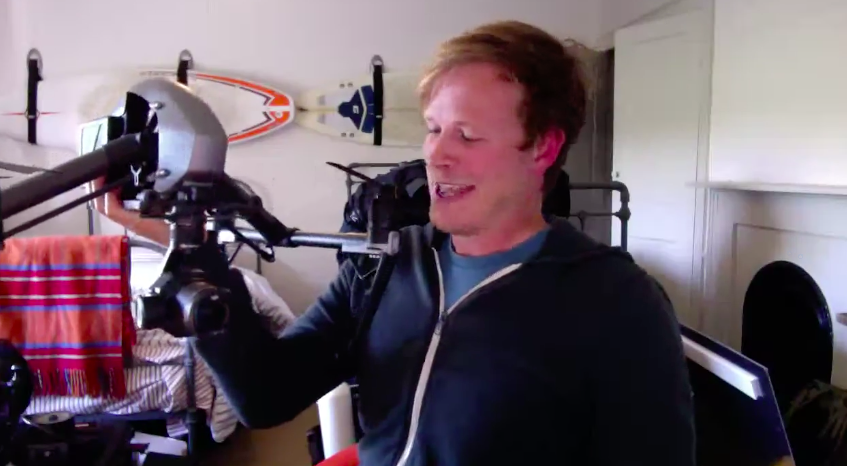 The presentation eventually made its way to the topic of some of the high-tech equipment Gregory uses on his shoots. Having worked in a lot of different environments, Gregory had a lot of gear to show off, including a couple of very impressive drones.

Seen in the image above, Gregory displayed a familiar-looking drone, pretty much the example most people would think of when hearing the word. He explained that this drone was stabilized or self-leveling, making it easy to operate, but limiting the kind of shot the filmmaker could get with its camera.

He later showed off a much smaller drone that is currently trying to learn how to use. The smaller racing drone, as he called it, is not stabilized which allows filmmakers to get much more dynamic shots, but also makes them much more difficult to operate. For example, he explained that he has been cleaning his drone for weeks after crashing it into a field filled with “sheep poo.” 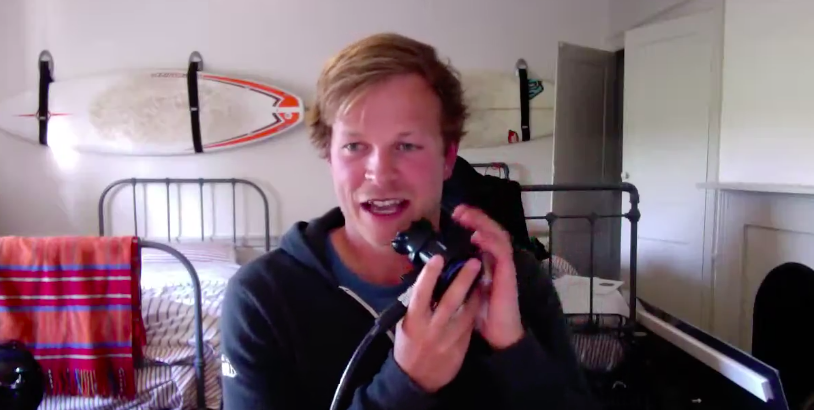 Gregory than took his presentation from the air down into the water as he began discussing some of his underwater equipment. The most interesting piece he explained was the rebreather, which allows divers to breathe underwater without releasing the noisy bubbles that would disturb the wildlife around them. Gregory made it a point several times throughout his presentation that not disturbing the animals was the most important part of his job.

After showing off his plethore of gear, Gregory took time to answer more questions from the audience. One question led him to explain that, in normal times, he would typically be out on location for about 11 months out of the year. That, combined with some of the incredible work he showed off earlier in the presentation, was sure to spark an appreciation for the work these filmmakers do in at least a portion of those watching.

Gregory’s presentation can be seen on the National Geographic Live Facebook page and you can follow him on Twitter and Instagram. He is just one of the many incredibly talented people who will provide a peek behind the curtain in this new “Backstage” series from National Geographic though. 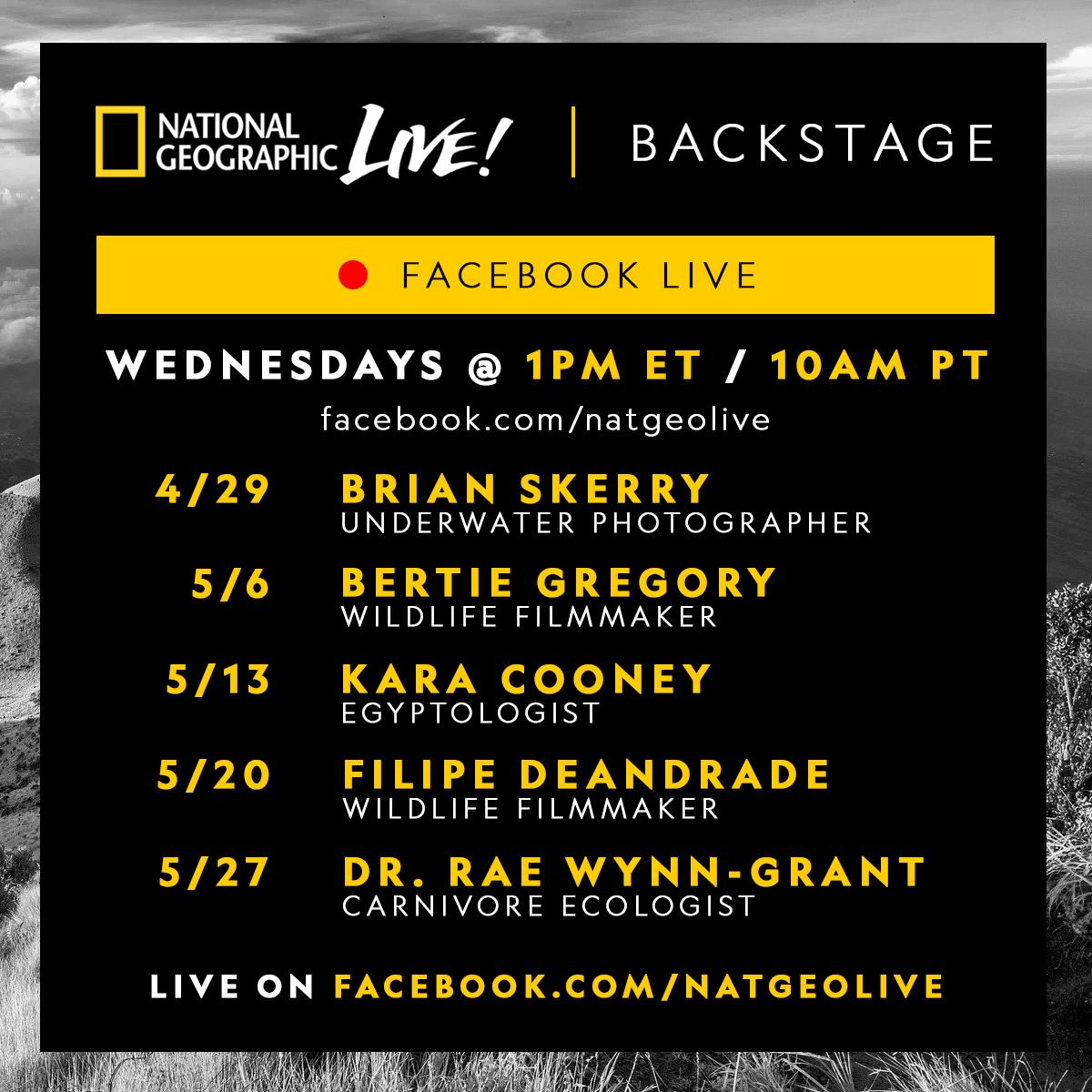 You can see the complete schedule for National Geographic Live’s upcoming events above and look back at Brian Skerry’s presentation from last week. If you’d like to participate in the next virtual event, be sure to follow them on Facebook.