This is it. It’s finally here. Empyre has arrived! After waiting what feels like forever, the next major Marvel Comics crossover event began today and it brought Earth Mightiest Heroes together with Marvel’s first family in the face of a new threat of cosmic proportions.

The Kree and the Skrulls, two alien races who have been at war with each other for millenia, have suddenly joined forces. While their peace may seem like a good thing on the surface, there has to be some underlying motive to make this all happen. How will that impact the Marvel Universe moving forward? The Avengers and the Fantastic Four intend to find out. Over the last few weeks, Marvel released two prequel issues for Empyre to set up exactly where the Avengers and the Fantastic Four would be at the start of this big event. The Avengers are on the moon, reunited with Quoi and the Cotati who had been hiding out there for millennia after being slaughtered by the Kree. The Fantastic Four were on their way back from rescuing a Kree child and Skrull child from a life of fighting each other for the entertainment of others. Both groups became aware of the massive Kree/Skrull war fleet at the end of their respective issues.

Intrigued by the thought of this new alliance, the Fantastic Four send their children and the recently rescued alien children home in an escape pod before they investigate. To their surprise, they find Earth’s Hulkling as the ruler of this new alliance. They plan to find a diplomatic solution to the issue of this dangerous fleet approaching Earth.

The Avengers on the other hand, plan to do whatever it takes to protect the Cotati and Earth’s moon. Tony Stark, ever the futurist, is prepared for an alien invasion of this magnitude, because of course he is, and has the Avengers ready to go at the drop of a hat. And if there’s one thing Tony Stark is known for when it comes to potentially cosmic-level threats, it’s dropping hats. But is he doing the right thing? 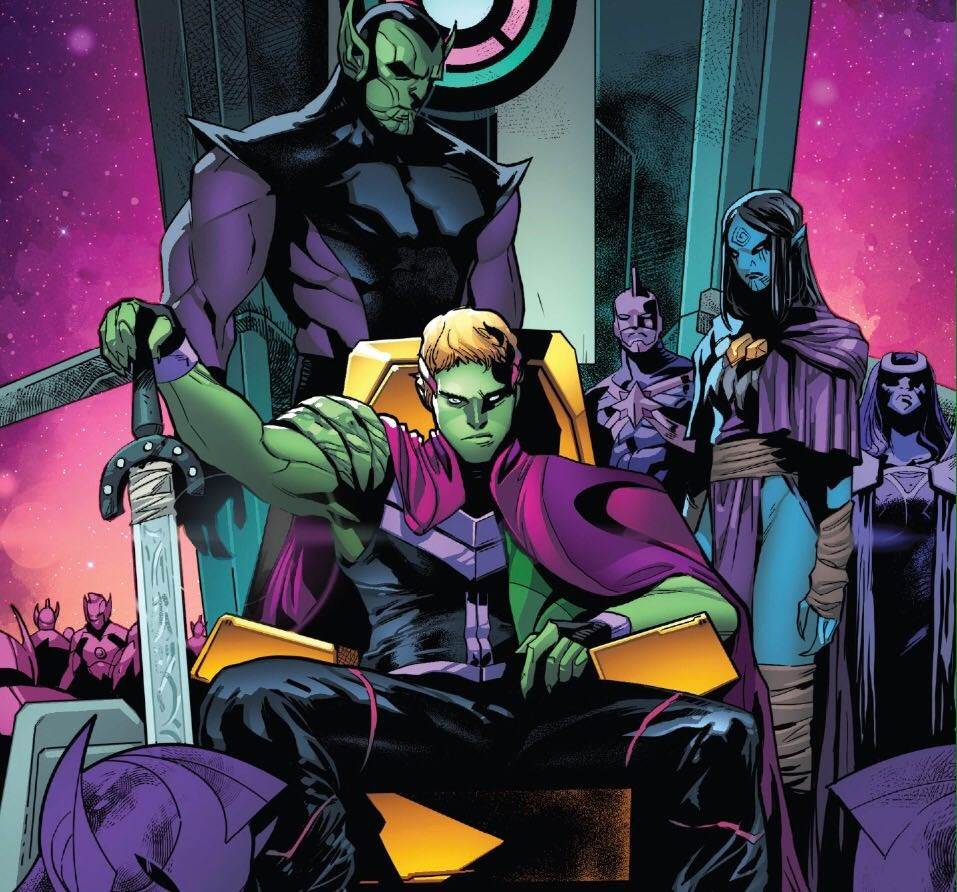 In all the buildup for Empyre, it seemed as though we were going to get a very simple story of Earth’s heroes defending the planet from yet another alien invasion. What we got was something much bigger. Don’t worry, there’s plenty of fighting between some of your favorite heroes and some of the most well-known villains in the Marvel Universe, but there’s also much more.

At this point in the series, I’m not entirely sure how to feel about it. It’s potentially the start of a great story, it’s just not what most would expect. If there’s one thing the creative team at Marvel Comics has taught us, it’s to trust them and see things through. I have confidence this will be yet another incredible crossover event, but after this first issue, I somehow find myself wishing things had played out just a bit differently. 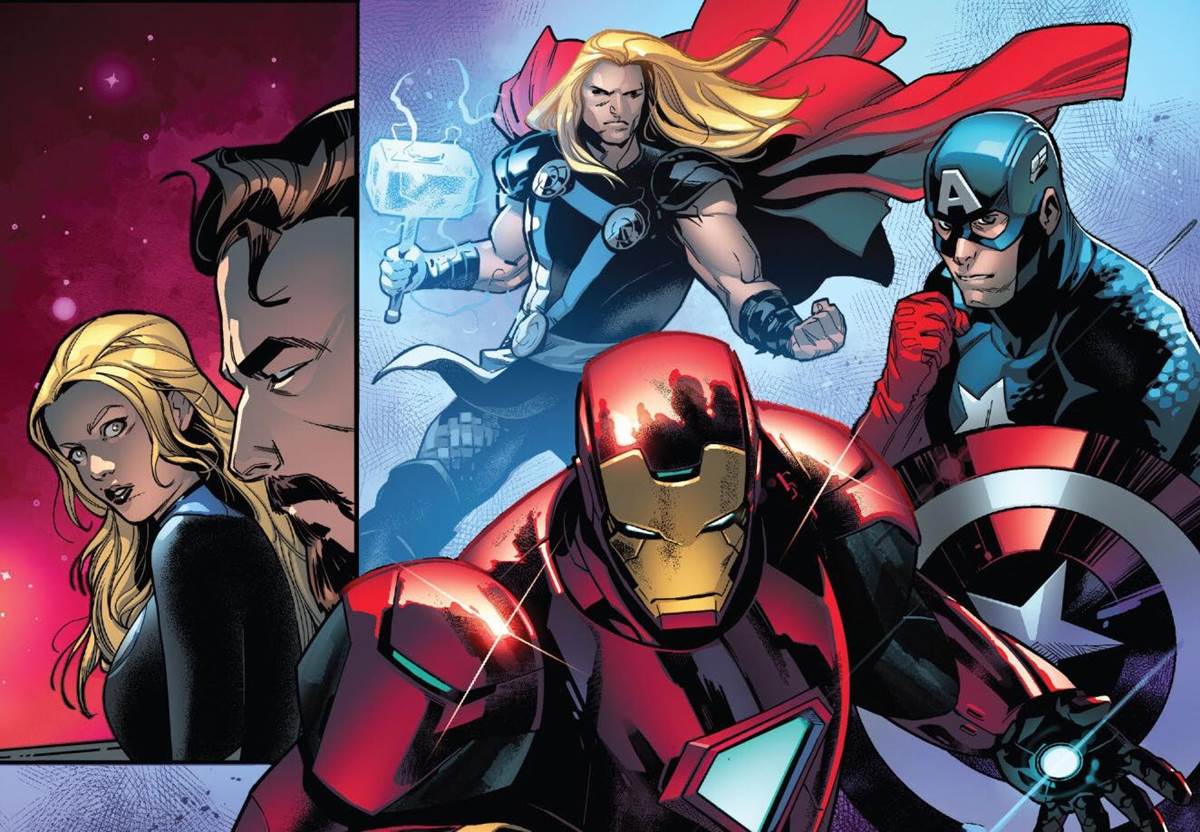 That’s not to say that this first issue is not enjoyable though. It brings together a dozen of your favorite heroes and puts them in a massive new story. Each page is loaded with the tension of the potential beginning of a war and eventually we get the action we all expect from a Marvel comic. There’s also some familiar tensions between characters like Tony Stark and Reed Richards, which always tells you you’re reading something big.

The start of this new story is so familiar and yet leaves you feeling like we’re in store for something we’ve never seen before. All the heroes are together and the unmeasurably dangerous enemy approaches. But what other variables do people like Tony and Reed have to account for? Empyre is certainly going to shake up the Marvel Universe. 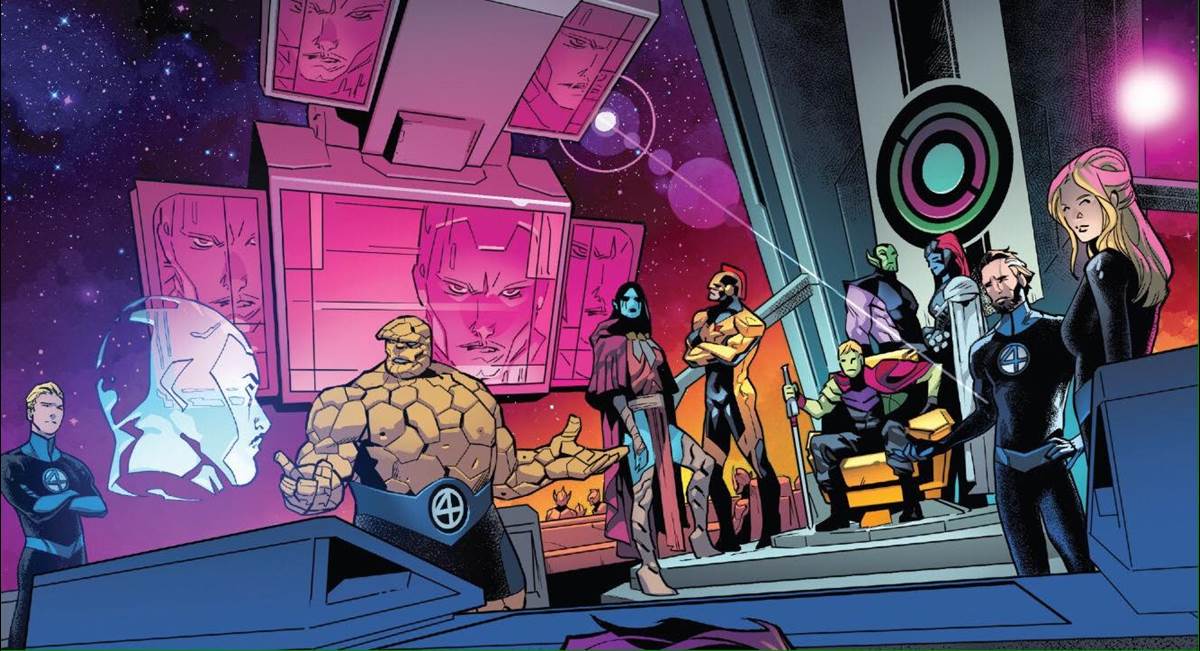