Let’s face it: The Muppets have been around for a long time. If you count Sam and Friends— the 1950s D.C.-area puppet show on which Kermit the Frog originated– The Muppets are just about as old as Disneyland. But like Disneyland, they have consistently found ways to reinvent themselves and remain fresh in the hearts and minds of their fans over the past six and half decades.

But it’s now been six years since the last theatrical Muppet movie release (2014’s Muppets Most Wanted) and over four years since the last prime-time series featuring the manic cast of characters (2015-16’s The Muppets on ABC) went off the air. So it’s just about time for this tried-and-true Disney-owned (since 2004) franchise to try to figure out where it belongs once again in the new era of ubiquitous streaming services and entertainment-on-demand. Enter Muppets Now, the latest effort to put our favorite felt friends back in the spotlight, which debuts this weekend on Disney+. And I’m very pleased to report that it mostly works.

Muppets Now— much like its forebears The Muppet Show and Muppets Tonight—  is presented in the form of a collection of comedy sketches and celebrity interviews. But instead of Kermit and the gang haphazardly putting on a show from backstage at the Muppet theater, overworked gofer Scooter is tasked with collecting the individual segments, getting the gang’s approval and any notes on final edits, and uploading them to Disney+. I suppose this is The Muppets’ way of keeping up with modern technology, but the show’s framing device doesn’t really matter so much as whether the zany, madcap spirit of Jim Henson’s creations is kept alive. That spirit is undoubtedly on display in often-hilarious recurring bits like the Swedish Chef’s “Ookey Dookey Cooking” and Pepe the King Prawn’s “Unbelievable Game Show.”

Other characters highlighted include Dr. Bunsen Honeydew and Beaker, whose “Muppet Labs Field Test” brings the oblivious scientist and his hapless assistant Beaker out into the “real world”– in actuality just the backlot of Walt Disney Studios’ Burbank headquarters– to conduct a series of semi-educational but mostly-just-excuses-to-blow-stuff-up experiments. Miss Piggy’s “Lifesty” segments are also funny– she really wants Uncle Deadly to add the letters “le” onto the end of that title– but the series does sometimes lean a little too hard in the porcine diva’s direction. In fact, more actual variety in this variety show would be nice overall, but what we get is never less than entertaining. 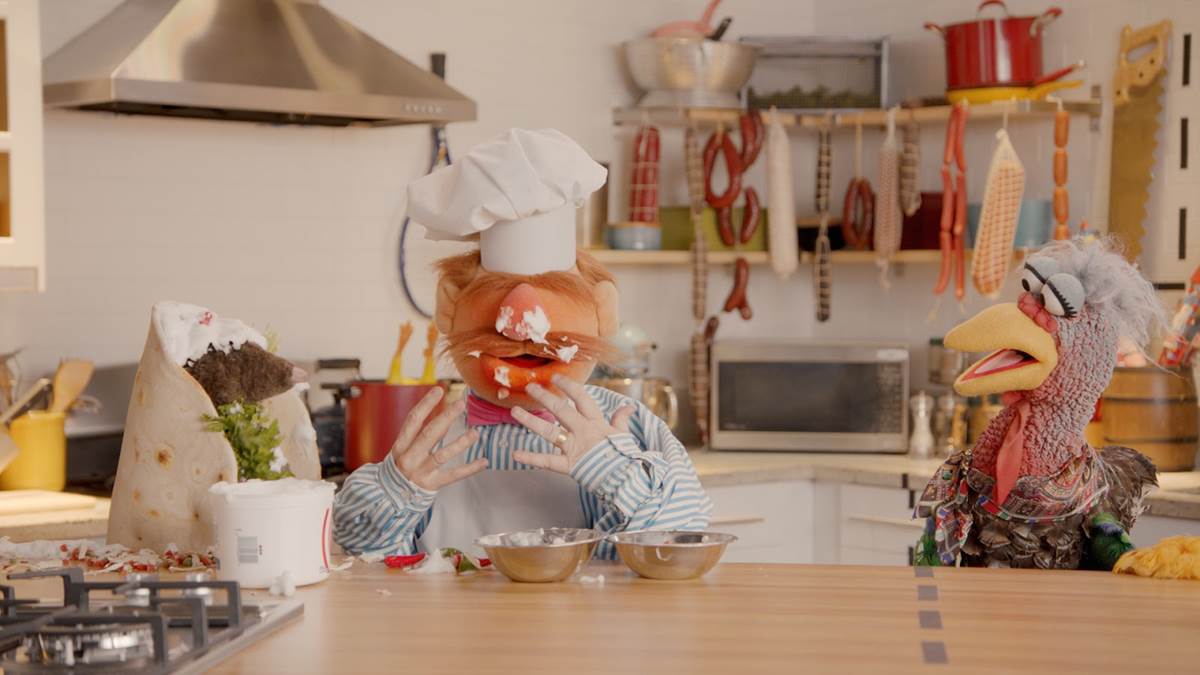 But where would the Muppets be without celebrity guest stars? Scooby-Doo actress Linda Cardellini is actually something of a regular on Muppets Now thanks to Piggy’s video-conference chat sessions, along with Chicago’s Taye Diggs, who has a similarly questionable honor. The show also has another separate interview section wherein one or multiple Muppets will sit down and chat with celebs like Drag Race’s RuPaul or Parks and Recreation’s Aubrey Plaza. Plus, celebrity chefs like Roy Choi, Carlina Will, and even Danny Trejo show up to go head-to-head with the Swedish Chef. It’s always been fun to see what various Hollywood personalities are like when interacting with The Muppets, and that’s no different here, especially when things get a little more off-the-cuff and out-of-control. By the way, Muppets Now is being touted as the first unscripted Muppets series, but that doesn’t feel entirely true. The performers are all incredibly talented and I’m sure there’s a bunch of improvisation going on during production, but it would be extremely difficult to assemble something like this without an outline at the very least.

A lot of ballyhoo has been made among fans about the recasting of Kermit the Frog with performer Matt Vogel (perhaps previously best known as Constantine and Uncle Deadly) after Steve Whitmire departed the Muppet troupe several years ago, and those who have been paying attention are still having trouble getting used to the character’s new voice. I can definitely hear the difference, but I also try to keep in mind that Vogel is now Kermit’s third main performer and nobody is going to stack up to the legacy left behind by Jim Henson, so I’m willing to roll with it. The one character I do feel to be underused in Muppets Now is Gonzo the Great, whose performer Dave Goelz also does Bunsen Honeydew and is one of the few remaining cast members to have worked directly with Henson himself. Hopefully the show finds something more prominent for Gonzo to do in future episodes. 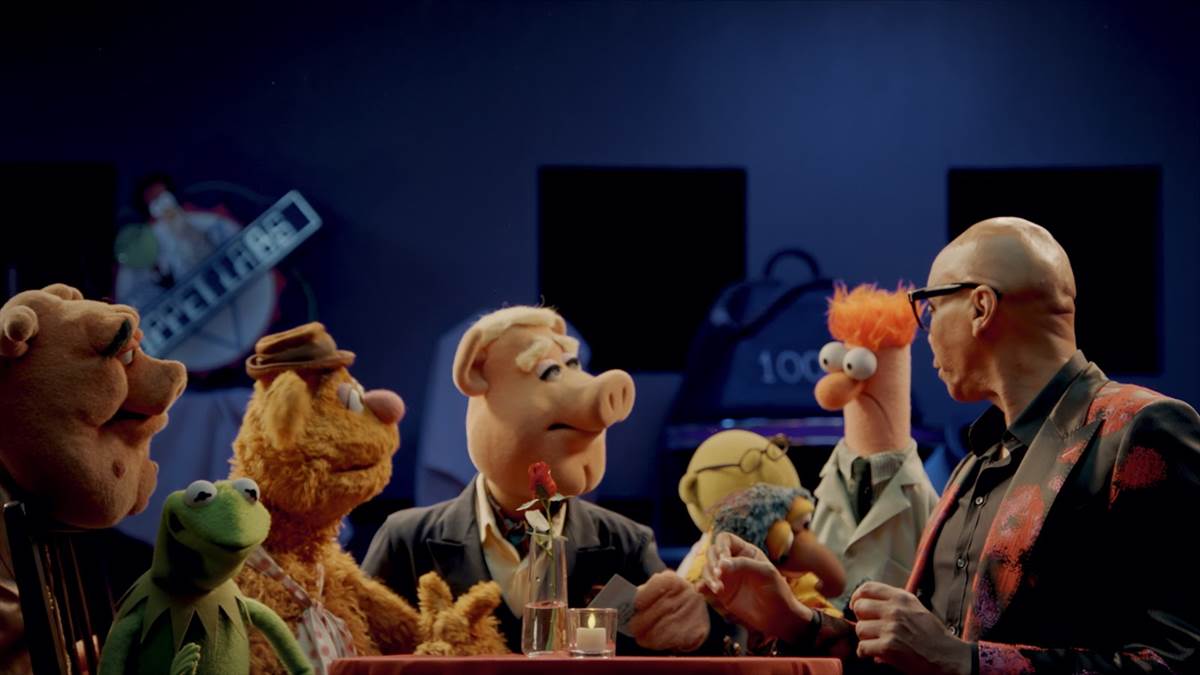 I’d also like to see more scenes with a bunch of Muppets appearing together and comedically bouncing off each other, but I understand how that might become more difficult going forward should the show get renewed for a second season in these uncertain times. Regardless, the four episodes of Muppets Now I watched were by and large funny and energetic enough to keep me wanting more, and as always it would be difficult to argue that any Muppets isn’t better than no Muppets, if you’ll pardon the triple negative. It can be scattershot at times, but when this series finds its footing it’s still capable of delivering that reckless, carefree Muppet madness that has kept me in stitches for literally my entire life.