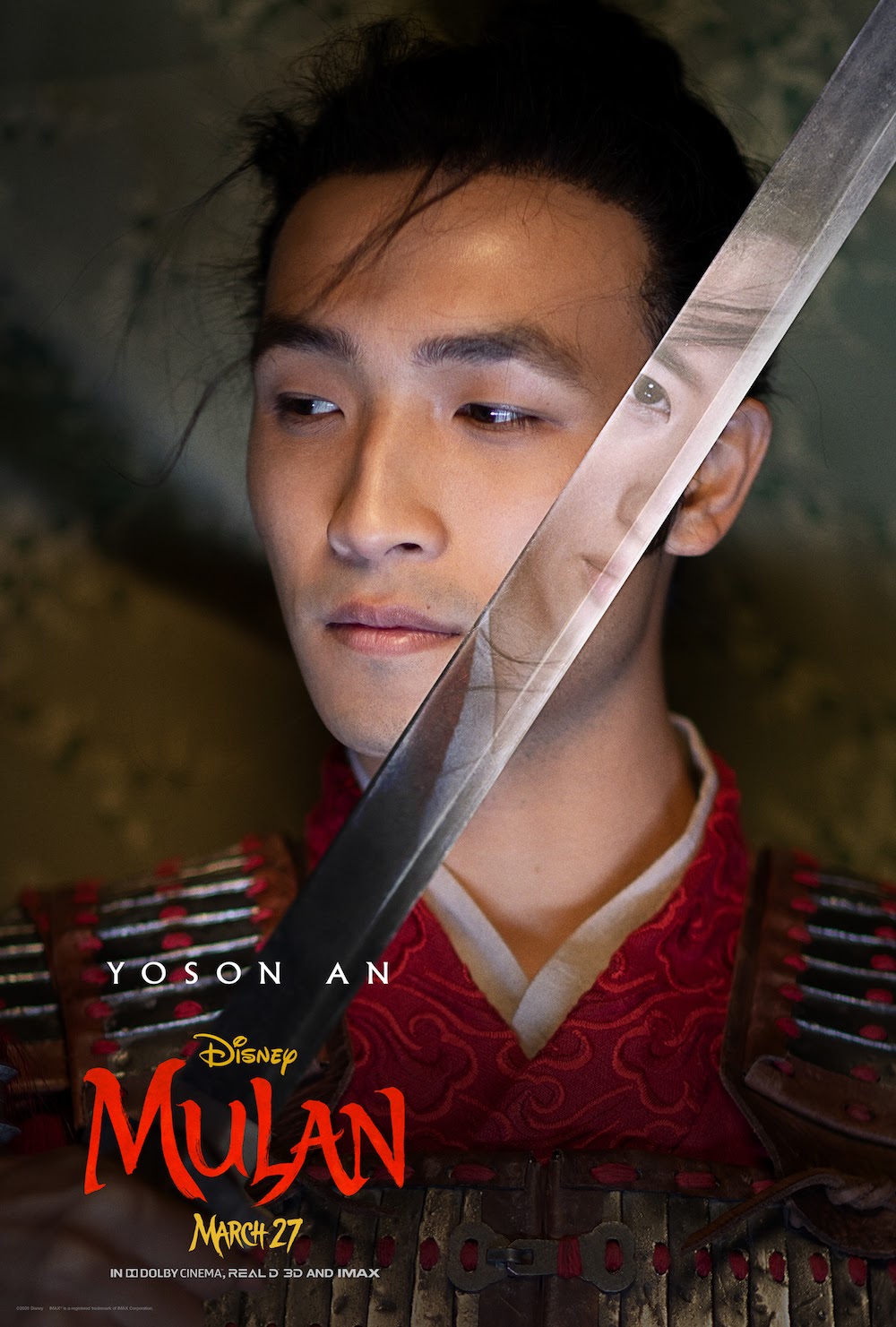 Actor Yoson An got his start doing short films in New Zealand, followed by appearances in Crouching Tiger, Hidden Dragon: Sword of Destiny, The Meg, and Mortal Engines, plus recurring roles on TV series such as Dead Lucky and Fresh Eggs.

Now Yoson An is costarring as the love interest Chen Hongui in Disney’s live-action reimagining of Mulan, and I was fortunate enough to sit down with him at the movie’s press junket to discuss his audition process in procuring the role, working with director Niki Caro, and other Mulan-related topics. Mike Celestino, Laughing Place:  What was the audition process for this role like, and how did you react when you heard you got the part?

Yoson An:  Oh my god, this audition tape came through in– believe it or not– 2016. And I’ll tell you a little bit [about] before the audition process, though. I think it was back in 2015, or even late 2014, when I heard through the grapevine that Niki [Caro] was set to direct this. And I was walking back home one day as I was scrolling through my phone, I was like, “Hey, wouldn’t it be cool if I was involved in this film?” And just a little image of realization: “You know what? It’s never gonna happen.”

And then fast forward to 2016– I did the tape, put it down, sent it through. And I didn’t hear back for a whole year. After a couple months, I’m like, “I didn’t get this. There’s no way I got this. And whatever, it’s fine.” But then literally a year later I get an email from my agent going, “Hey, remember that tape you put down a year ago? Disney wants to see you again.” And I’m like, “Okay.” So I did the Skype audition with Niki, the director, and [casting director] Debra Zane. They seemed to have liked it, and I think within a week I was flown to L.A. to meet with Niki, [producer] Jason Reed, and Debra Zane, and did the [audition] again in the room.

And after that, I didn’t hear back for another nine months. [laughs] And then one day I sat down at my agent’s office, and my lovely coach Mike sat down with me, and he was like, “You got it, bud. You got it.” And I was like, “Really? Really?” And everything just started unfolding from there. Bit of a long story. [laughs] 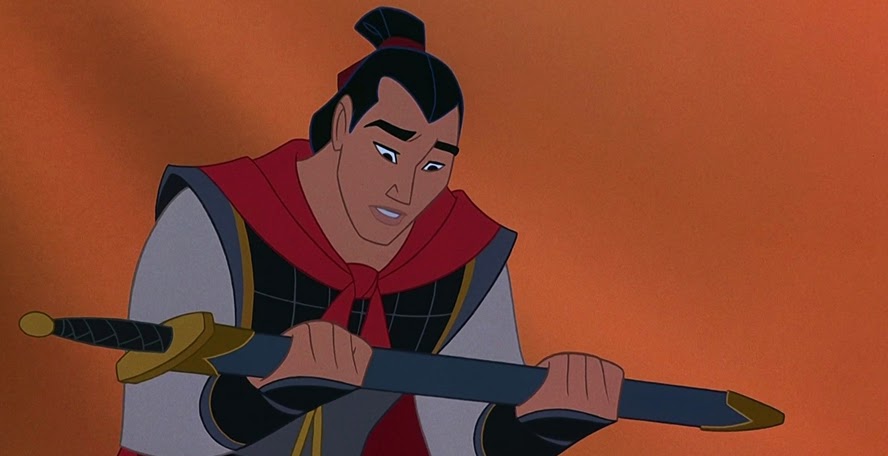 LP:  Your character in this film is a little different from the love interest in Disney’s animated Mulan. How do you think culture has changed in the twenty years since that movie came out? Why do you think these changes were made?

Yoson An:  Well, the animated movie was actually derived from a very ancient Chinese poem. And the animated movie is one of my favorite movies– it’s a classic in its own right. And what the creators of this film have decided to do is that they went back to the poem itself and do a live-action adaptation from the ground up, while keeping the core essence of what made the animated movie so special.

But [they] also created a few new characters to make the themes more relevant for our audiences today, which means my character [is] different from the Li Shang character. It gave me free rein to explore who he is and [what] his backstory is. It was a lot of fun coming up with a new original character.

LP:  As a fan of the animated version, did you go back and look at that movie for inspiration for your performance?

Yoson An:  Oh yeah, absolutely, because there’s a lot of elements within this film that [were] there in the animated movie, so [I] definitely went back to watch the film itself to get an essence of what Disney Mulan is, because this is Disney Mulan as well– just to get a vibe of it.

LP:  I read that you’re a black belt in karate. What additional training did you have to go through for the battle sequences in Mulan?

Yoson An:  You know, having the martial arts foundation– how to stand, how to punch and stuff– definitely helped to sell the choreography. But what I learned is that in martial arts, you’re learning how to take down an opponent as quickly and efficiently as possible– really connecting into the other person. But with screen martial arts– screen action– you’re trying not to hit the other person at all. You try to keep your distance, but to sell the [action]. So it’s almost like a dance. It’s a whole choreography.

It was a really fun experience. We trained for three to five hours of martial arts a day leading up to the production of the film, five times a week for three months. And on top of that, we also had strength and conditioning training for a couple of hours every single day. It was pretty challenging.

LP:  Niki Caro has expressed some frustration with the challenge of making a war movie while keeping the rating down to a PG-13. How did that affect your time on set?

Yoson An:  Well, there were definitely certain takedown moves that we weren’t allowed to do because otherwise we’d come off as a little bit too violent. I’ll give you an example: rather than cutting a guy on his throat, we’d cut across the body instead, and they would fall down. But even then, we had this amazing stunt coordinator, Ben Cooke, who would come up with these other amazing moves we could do, so we were in good hands.

LP:  Can you tell me a little bit more about working with Niki Caro? What was she like as a hands-on director?

Yoson An:  Oh, she’s amazing. I grew up in New Zealand, and Niki is from New Zealand, so I grew up hearing about Niki Caro. And getting to actually work with Niki was like, “Really? This is happening?” She was amazing. She knew exactly what she wanted. I mean, the scope of this film is huge, but she knew exactly what she wanted in every specific moment, every scene. So to me as an actor, it gave me a lot of confidence about this film. We sat down, we talked a bit about the character– who the character is– and went on from there.

LP:  And what about working with Yifei Liu as a costar?

Yoson An:  She is so lovely, kind, and sweet. And on set, she’s just so focused, so composed– just like Mulan. I mean, she is Mulan. It was amazing just to see her process– how she gets into the character– and also doing the fight sequences with her and acting with her was a lot of fun.

Yoson An:  I think I met Donnie a while back in 2014, because he came over to New Zealand to do Crouching Tiger, Hidden Dragon and I was involved in that project ever so slightly. I met Donnie then, but this time not only did I get to interact with him, I actually lived with Donnie. We lived together in the south part of New Zealand in this little lodge in the middle of nowhere. There were no supermarkets around us, no nothing. So we stayed together, we had dinners together every night, we played pool together after dinner, and we got to know each other very well. LP:  One of the most famous scenes from the animated Mulan is the lake bathing scene, which you guys got to recreate for the live-action version. Can you talk a little bit about that?

Yoson An:  Believe it or not, that was actually my first day of filming on set, that lake scene. It was so much fun because Mulan, she’s disguising herself as a male, so when she’s in the lake she has to turn her back to Honghui the whole time. She can’t expose who she is, whereas Honghui is like, “Hey, our fight was amazing! What was that? Come on! Show me what you got! I want to be your friend, man.” But the whole time she’s trying to hide who she is. So that was a lot of fun, to have that kind of tension in play.

LP:  What do you hope Mulan fans get out of this new version of the story?

Yoson An:  First of all, I hope the fans love it as much as we do– the people that [made] it. But this film has such a strong, universal message: to be brave, loyal, and true. And even though it’s being told from an amazingly powerful female character’s perspective, this message doesn’t just apply to females. It applies to boys and girls, men and women. It’s a universal message. And I hope they carry that with them. 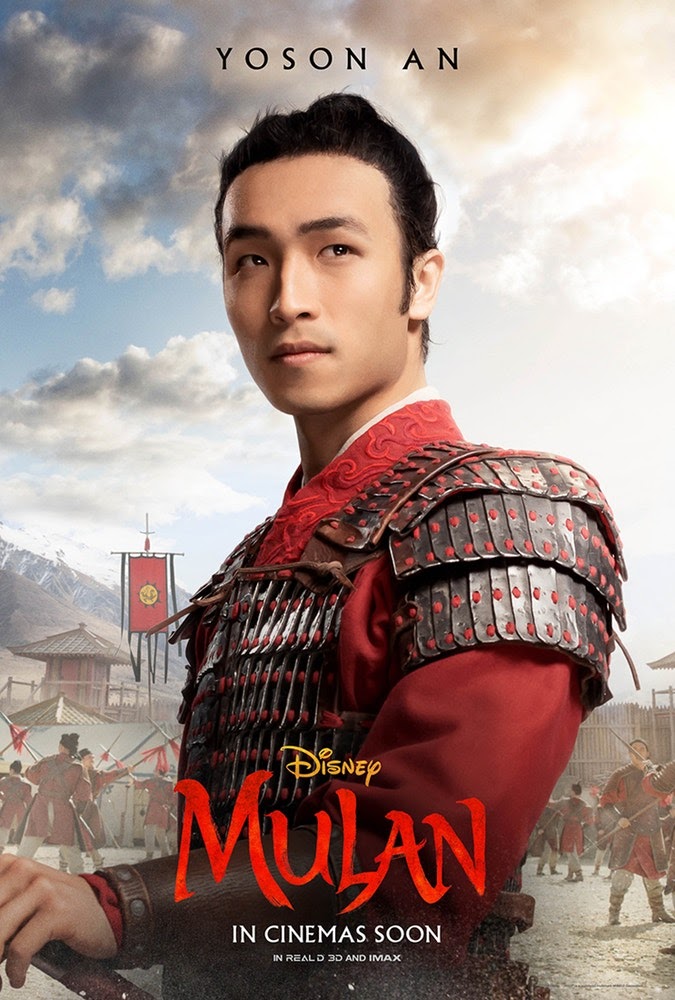 Mulan will be released as a premium content offering on Disney+ this Friday, September 4.