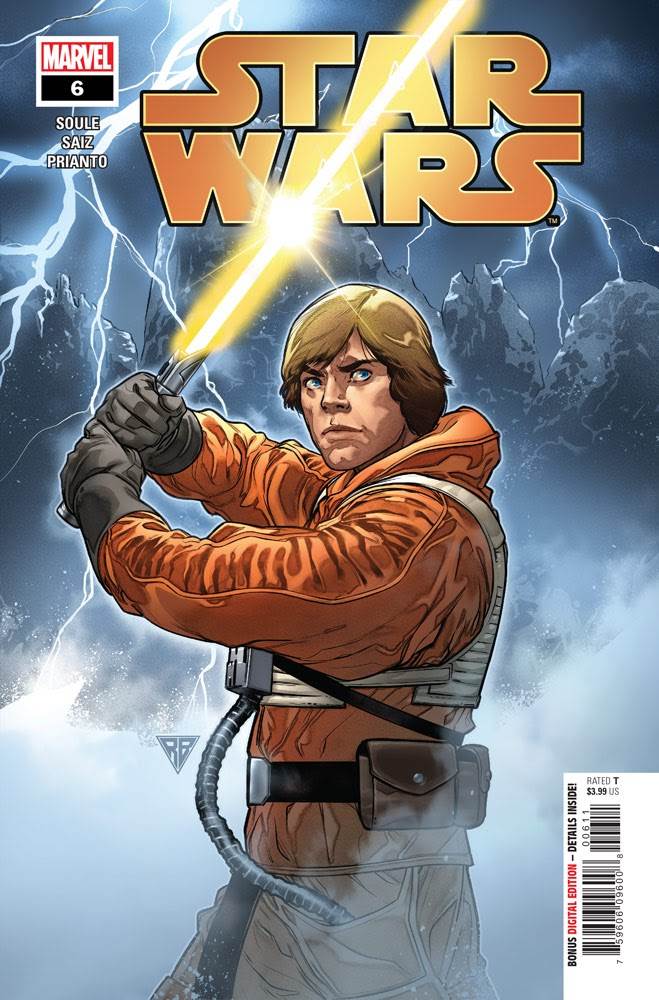 This week wraps up the first arc of the second volume of Marvel’s current-canon Star Wars comic book, delayed several months from its originally planned release thanks to the temporary pandemic shutdown of the comic industry in the spring. And let me tell you, Star Wars #6 immediately proves itself to be absolutely worth the wait, and undeniably cements this storyline by writer Charles Soule (Star Wars: The Rise of Kylo Ren) as an instant classic.

We pick up where issue #5 left off, with Luke Skywalker in trouble on the planet Serelia, where he’s tracked down the woman from his recent visions– namely the Force-sensitive ex-Jedi Padawan Verla (first introduced in Soule’s also-excellent Star Wars: Darth Vader – Dark Lord of the Sith). 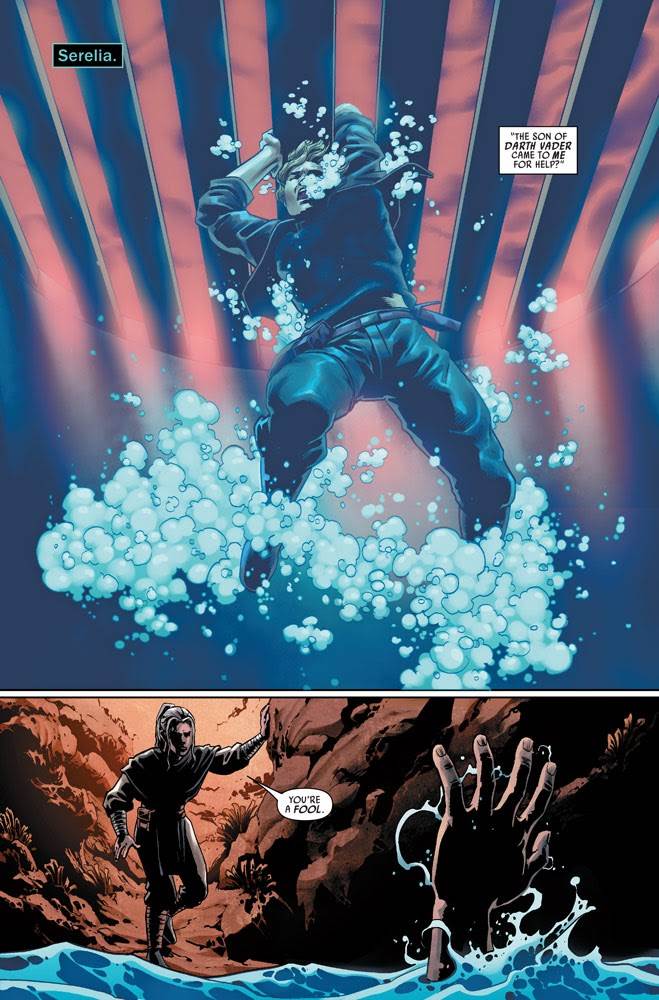 Verla is understandably fed up with the concept of the Jedi Order, and this issue goes a long way in retroactively setting up Luke’s self-imposed exile to Ahch-To in the Star Wars prequel trilogy. After escaping Verla’s traps (intended for the Sith Inquisitors who have hunted her most of her life) thanks to a shockingly helpful R2-D2, the two have a long chat about destiny and the Force, and Luke’s attitude toward the Jedi on display here serves as a clear-cut juxtaposition to both his new acquaintance and his future self. It’s implied that Luke learns Anakin Skywalker’s first name during this conversation, though I had always guessed he would have learned that at some point during his upbringing on Tatooine (he never insisted Uncle Owen or aunt Beru tell him his father’s full name?). Still, this chat is pretty enlightening as to what Verla has been up to over the past couple decades or so since we last saw her in the timeline, and a number of seeds are planted for things we already know need to happen– the primary example being Luke’s acquisition of his new yellow-bladed lightsaber– as seen on this issue’s cover. 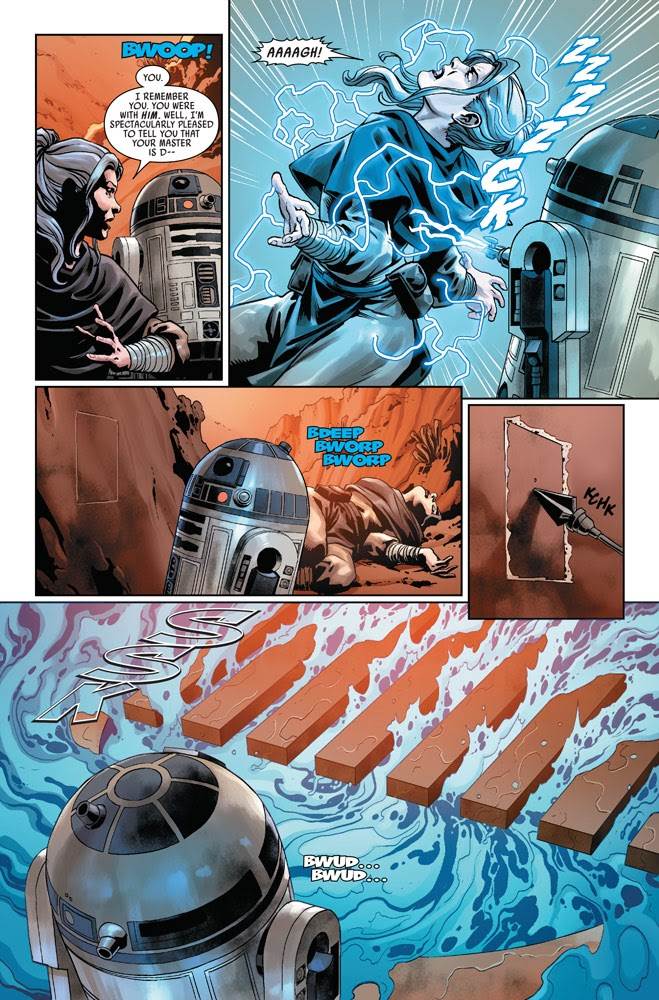 In another tease of Lucasfilm’s upcoming multi-platform publishing initiative The High Republic, Luke travels to the Outer Rim planet of Tempes based on information hesitantly provided to him by Verla, where he enters a seemingly abandoned Jedi storage facility– and encounters a spectral visage of another familiar face from Star Wars’ past. I won’t spoil who exactly that is in this review, but suffice it to say that Luke doesn’t come by his new lightsaber too easily. We also get a cameo appearance by a certain Dark Lord of the Sith and the recently introduced Commander Zahra, and this issue ends with one of my favorite comic-book splash pages in a long time– it’s an image that inspires a lot of hope for both the Rebel Alliance and this run of Star Wars comic books. As always, I can’t wait to see what Charles Soule and his fantastic collaborator– artist Jesus Saiz– are cooking up for further arcs. Star Wars #6 is available now wherever comic books are sold.